Apple’s next big thing is not an iPhone

The next big thing from Apple won’t be a piece of hardware – it won’t be the fabled iPhone 8. The next big product to come from Apple will work on the next top-tier iPhone, but it wont work exclusively on that device. While it’s the hardware we continue to focus on, and the hardware that’s always easiest to discuss, it’s something far more complicated (and yet exceedingly easy to work with) that’ll change the way we see the world.

Hardware manufacturers around the world are making a killing selling smartphones that look like an iPhone but cost significantly less. It’s not important who designed which hardware element first – not at the moment, anyway. What is important is that Apple’s global marketing machine reigns supreme, and hardware elements that come to iPhone often appear on Android devices not long after. 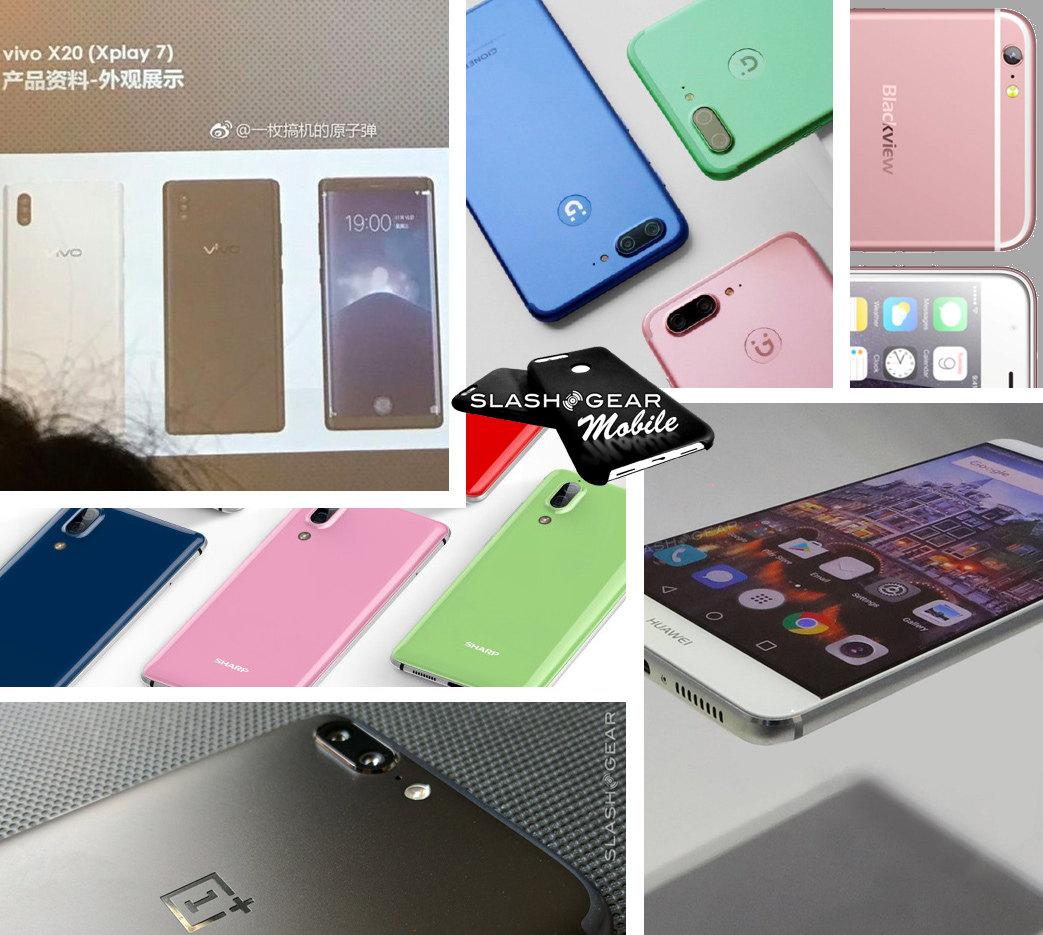 In fact here in our modern world of leaks, elements that’ll be coming to Apple phones arrive on other smartphones before Apple releases theirs! It’s complete madness – making several hundred-dollar devices to capitalize on popular photos of supposed Apple-made hardware photographed on the factory floor.

But soon the gap between an iPhone and an Android device will be widened. Not the hardware gap, mind you – Samsung already has some of the best displays in the world, Motorola has the only functioning modular phone system on the market, and the Google Pixel has the best camera. Even while these battles continue to be fought, Apple’s next big thing approaches.

Top-level games and graphic-based apps by and large end up being developed for iOS first, Android second. Layouts are often largely different on apps that should have the same functionality. This has gone on for a long time now – at one point Facebook had to force its developers to pay attention to Android by encouraging them to pay attention to the then-explosive growth of Google’s platform.

Apple’s marketing makes developers want to work with Apple first. It has a bit to do with the amount of profit they stand to make from whatever platform they develop for. But it’s just as important that they place their efforts in the platform that’ll be their safest bet.

There’s that, then there’s Apple’s own vertical manufacturing process, in which they dictate exactly what it is they want their next processor chip to do. Only Samsung is in a position to do something similar with their Exynos chips made by Samsung Semiconductor. Apple’s chips are made for exactly the features each iPhone was built for.

What is ARKit / Augmented Reality?

Augmented Reality as it exists in a computer is the augmentation of the visual environment in which the computer exists. It is augmented reality’s primary job is to track where you are as you move – when it’s on your face, that is. If it’s on a screen that’s independent of a human user, its primary job is to be aware of the constraints of the environment its in, and to allow graphics to exist in that environment accordingly. Ideally, it does all of this in a way that looks and feels completely natural to the end user. 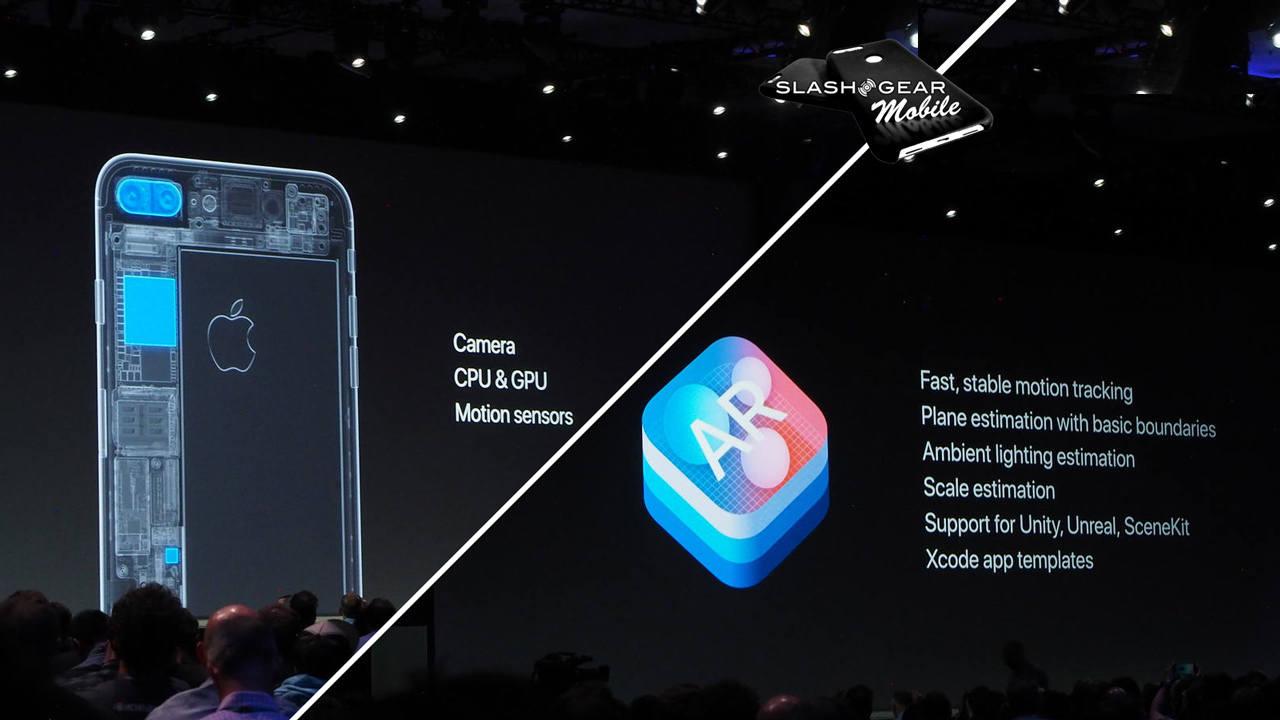 Earlier this year, Apple released ARKit for developers. This is a software development kit that allows developers to make and tune apps to work in augmented reality on the iPhone – and other devices (like iPad) with Apple’s mobile processors. With ARKit, developers are taking advantage of Apple’s many years of augmented reality software development. They’re also taking advantage of Apple’s Visual Inertial Odometry (VIO) system algorithms to their own unique sensors and calibration for the iPhone.

Check out Matt Miesnieks’ Medium article for more on ARKit, specifically on why he believes “ARKit [is] better than the alternatives for AR”.

An estimate from BMO Capital Markets analyst Tim Long said there were 715 million iPhones currently in use around the world, 228 million of which were 2nd-hand devices. That number was estimated in March of 2017 for December of 2016 – so we could well be looking at more by now. Every Apple smartphone with an A9 processor or above is ARKit-capable – that chip came in the iPhone 6s and iPhone 6s Plus. 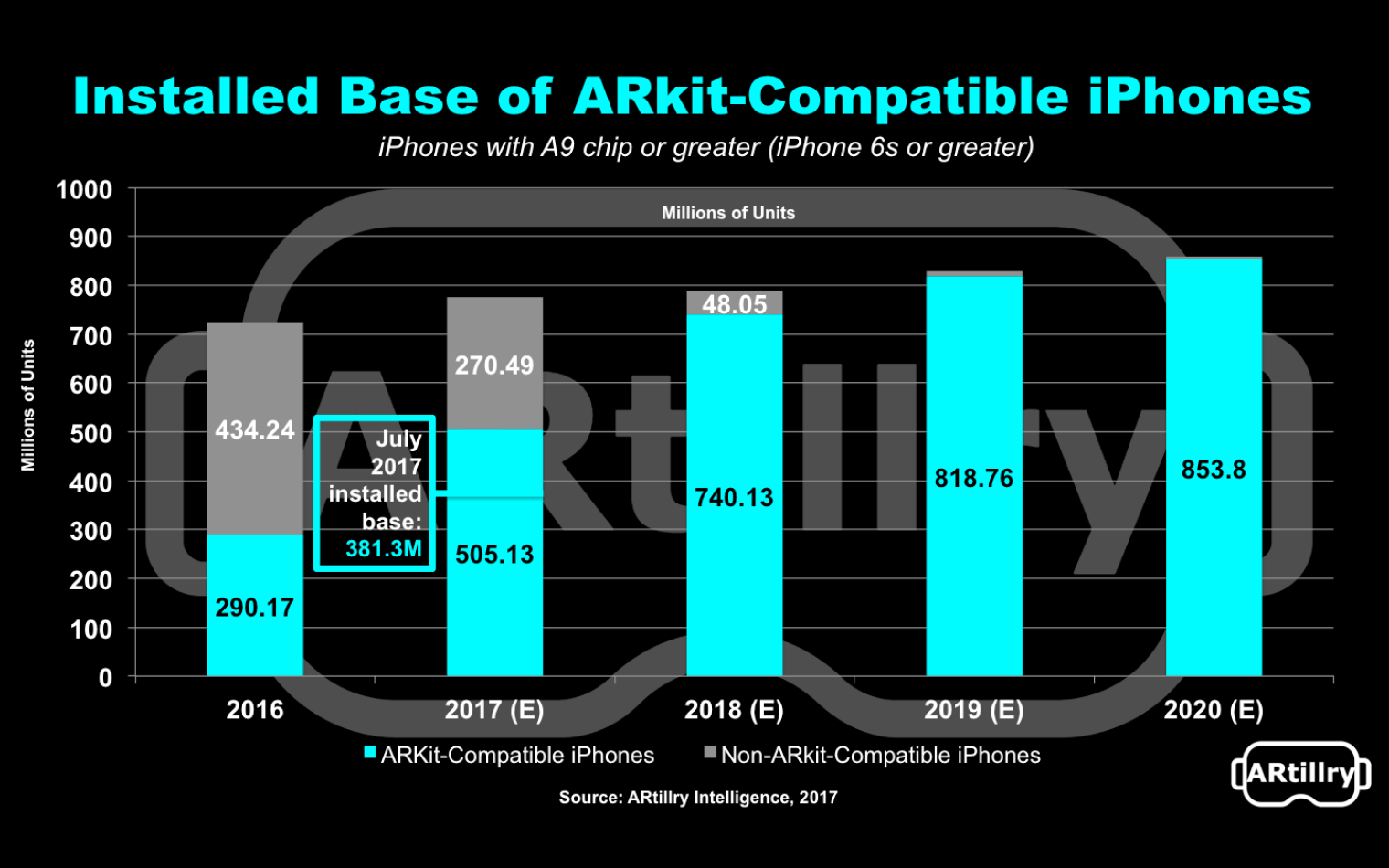 Apple introduced ARKit on June 5th, 2017 at their developer conference WWDC. This was well after Google’s Project Tango – but only one developer-focused smartphone has been made available so far (the Lenovo Phab 2 Pro). In the short few weeks since ARKit was made available for developers by Apple, a whole bunch of brain-melting projects have sprung up.

This looks like the future of architecture, engineering, & construction, thanks to #ARKit. Demo by @solidhaus. Beta: https://t.co/fIMM729n9t pic.twitter.com/9eCIUM2ZAm

Above you’ll see a demo by SolidHaus, shared by CEO and co-founder Lashan Dias. Below you’re going to see the greatest thing ever – assuming you’re a fan of A-ha and director Steve Barron.

Below is a demo from the developers at Smartpicture, posted by the folks at “Made with ARKit”. In Made with ARKit you’ll find a surprisingly large and diverse collection of ARKit projects. This is what we’ve got before Apple formally pushes AR as a feature on their phones – they’ve only thus far (technically) presented it to developers.

The demo above isn’t entirely unlike what we’ve seen before with Google Tango. Have a peek back at an article called Why Google’s Project Tango is a total game changer to see how the measuring was done back then. Also note: everything I said about Project Tango remains true – I do feel like it was a game changer – it just seems now that Apple will be the one to make Augmented Reality a mass-adoption deal.

– Yep, we just made an inter-dimensional portal with #ARkit 🌀
cc @madewithARKit pic.twitter.com/W5pNQBXZs3

Above you’ll find the video that really convinced ME that Apple’s implementation of AR would AT LEAST meet the goals of Google’s Project Tango. Not only does this developer group NEDD make an inter-dimensional portal with ARKit, they step through it!

For those yet-unconvinced non-tech-loving folks in the audience, there’s the demo you’re about to see. The video above shows how developer 应高选 would bring us courtside – or closer – with a real basketball game. Now imagine seeing a game live. Now imagine playing NBA Jam.

We’re not even at the starting line

Apple’s been working on Augmented Reality for quite a few years. Reach back to July of 2011 and you’ll find a patent from Apple called “Synchronized, Interactive Augmented Reality Displays for Multifunction Devices.” A patent was filed by Apple on Feb 12, 2010 for “Augmented Reality Maps” on the iPhone. 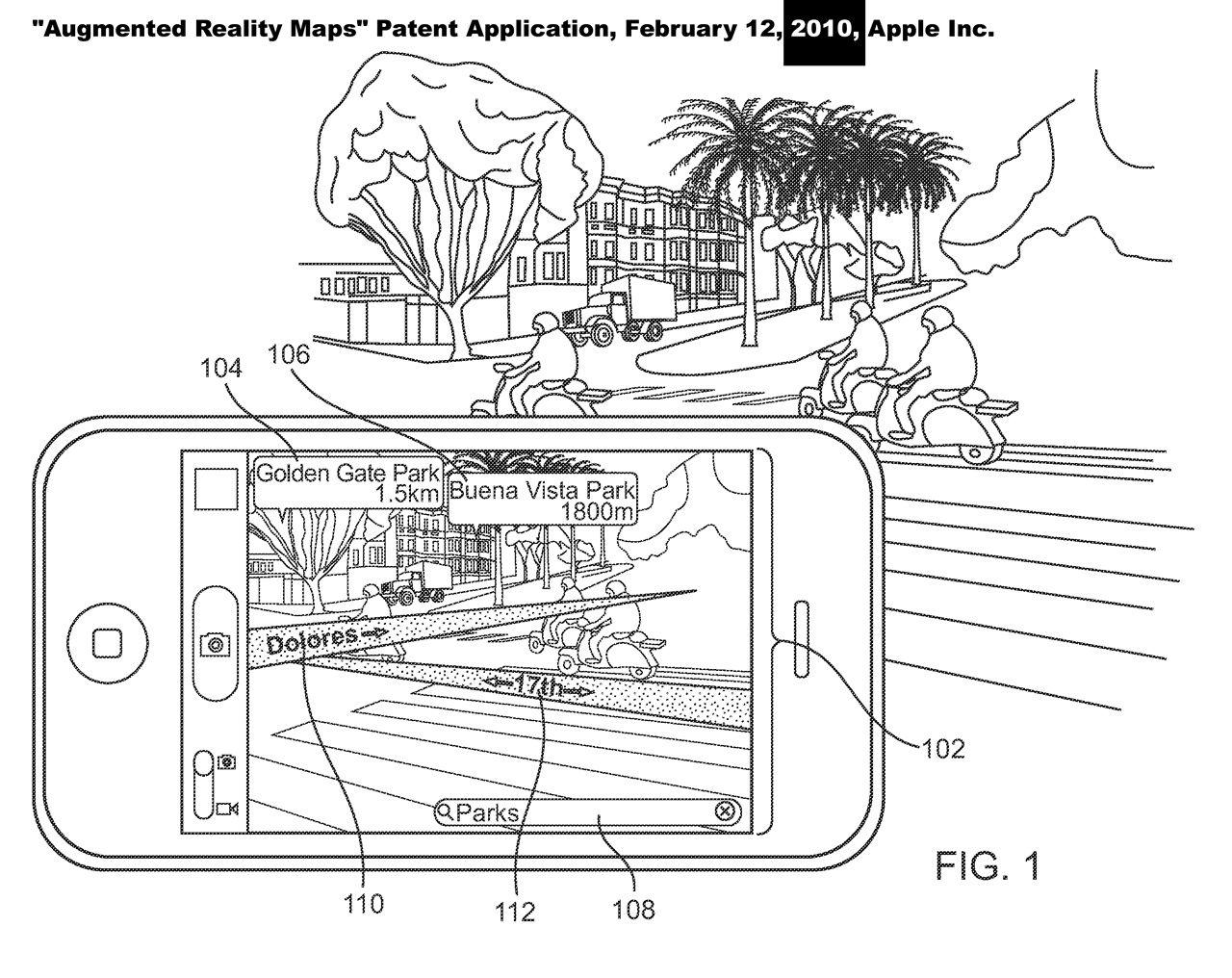 In February of 2017, Apple CEO Tim Cook suggested that Augmented Reality was “a big idea like the smartphone.” He continued, saying “The smartphone is for everyone, we don’t have to think the iPhone is about a certain demographic, or country or vertical market: it’s for everyone. I think AR is that big, it’s huge.”

Apple doesn’t make forward-looking positive comments like that without first having a firm grasp on the product they’re pumping. Apple’s going big on Augmented Reality in the very near future – and you can bet that their next big iPhone is going to be at the center of this new AR Renaissance. 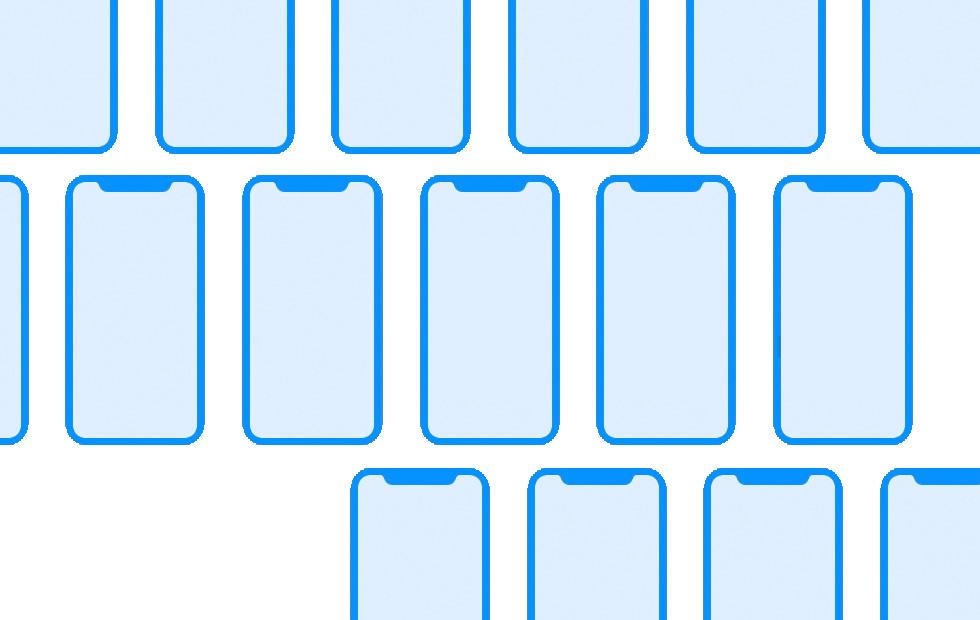 The next iPhone will sell to the average user based solely on its new design and next-gen top-end display. But inside this device is Apple’s set of keys to the most powerful, accurate, and realistic Augmented Reality experience ever placed on a mobile device. By the time we’re at the holiday season, every iPhone user – and potential iPhone user – will want or NEED to buy the newest model and experience this new magic.