Apple needs to make a Chromebook

Why would Apple consider adopting a hardware and software model similar to Google’s ChromeOS for an Apple Chromebook? Would that be absolute madness? Or would Apple be smart to make use of the ecosystems of apps it already has in place in new and interesting ways? We’ve not yet seen Google’s newest move with ChromeOS take shape in the wild, it’s clear that there’s some real interest in adopting – nay, accepting – apps made for Android coming to a desktop environment. Now is the time when Apple should open the path from mobile to laptop.

For those of you that didn’t just read the title of this article and head straight for the comments section – no, I do not think Apple should literally make a Google ChromeOS Chromebook. That’d be silly. Maybe some time in the distant future, under circumstances that don’t yet exist, maybe. For now though I’m speaking about Apple adopting Google’s Chromebook methodology.

ALSO TAP: Why iPad Pro is not “the ultimate PC replacement”

That is – instead of just releasing a tablet that can look and feel sort of like a laptop, Apple should release a MacBook that can run iOS apps. This MacBook would not just mirror iOS apps – it would run full-fledged iOS apps natively.

With devices like the iPad Pro, Apple found it necessary to introduce split-screen functionality with iOS. This is one way in which quick and dirty app porting could be done, iOS to OS X – little to no new resizing coding necessary.

Of course Apple doesn’t do anything quick and dirty, so we’d assume they’d stick with non-resizable windows that can be accessed like we access windowed apps on desktop machines today.

Apple would need to consider how they’d handle touch on the MacBook.

Running native iOS apps would require Apple to bring their in-house designed mobile processor methodology to the MacBook as well.

In January of 2015 this 9to5Mac-posted KGI report suggested that Apple is designing its own processors for future MacBooks. KGI suggested that “using self developed AP [Application Processors] can help Apple better control the timing of Mac launches and Mac product features.” 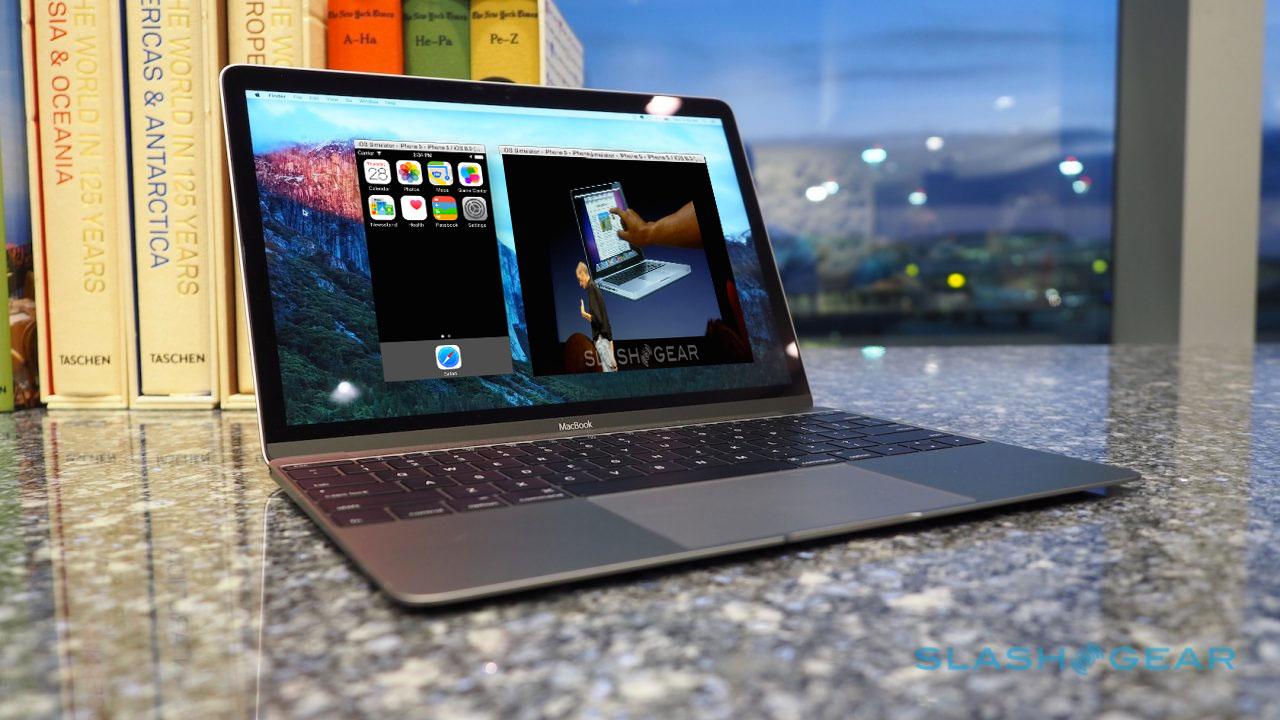 Greater hardware launch control would be complimented by deeper control of the software with another layer of curation. Hopeful iOS app developers would need to make tweaks to apps already released in the app store for mobile devices, re-submitting them for review for the desktop environment.

The process would be relatively straightforward for developers, and the resulting double-curation process would create an iOS for OS X app selection that only contains the best of the best.

Once the first wave has converted, iOS app developers will take the desktop-sized screen into account the same way they do iPad.

What’s Apple got to lose?

Would you be interested in a dedicated notebook form-factor device running OS X with the ability to run iOS apps and if so, how much would you spend on it?