Lamborghini is on a roll. The Italian supercar maker known for creating beautiful poster cars is hitting new sales records, notably from selling mind-bending supercars rather than anything so mundane as pickup trucks or SUVs. Not least among that range is the Huracan, and the latest 2020 Huracan Evo Spyder is intended to drive the growth even further.

Admittedly, if we’re playing favorites the Huracan might not have been my first choice for a Lamborghini were it my money on the line. That privilege belongs to the Aventador S, but after warming the driver’s seat in a magnificent 2020 Huracan EVO Spyder, I could have a change of heart. For starters, the Huracan Evo Spyder and Coupe are just the right size, and this is where my problems begin. Call me old school or traditional, and I certainly wouldn’t mind. But compared to the Lamborghinis of my youth, the Huracan Evo doesn’t have the same imposing presence as the Countach, Diablo, or Aventador. 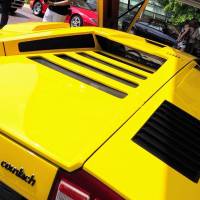 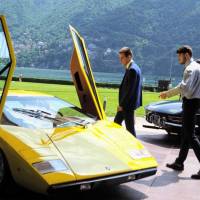 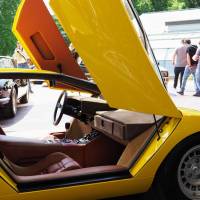 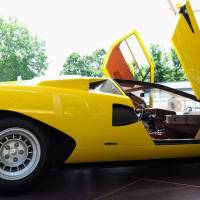 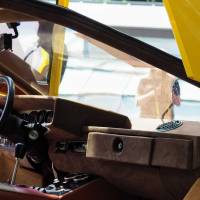 On the other hand, unlike an old-timer such as myself, the Huracan Evo Spyder is intended for a much younger set of supercar buyers. Mind you, I’m not that old, but I’m old enough to remember the nostalgic feeling of seeing the raw presence of a Lamborghini on the street.

All the same, shedding size is the way to go in this burgeoning eco-conscious society. And if a car looks as handsome and as angular as the Huracan Evo Spyder, it’s not what you would call a hardship, right? Especially as you watch the elegantly shaped electrohydraulic soft top engage in 17 seconds, which you can do so at speeds up to 31 mph. Let’s put it this way: the Huracan EVO Spyder and Coupe look way better than the restrained styling of the original Huracan, but it’s not jaw-dropping in the same manner as the Aventador. I’m telling you, it’s the size that counts when talking about a Lamborghini! But without a doubt, the Huracan Evo Spyder remains one of the most desirable eye-candies in modern supercars, especially in that luscious and retina-searing Verde Selvans shade of green 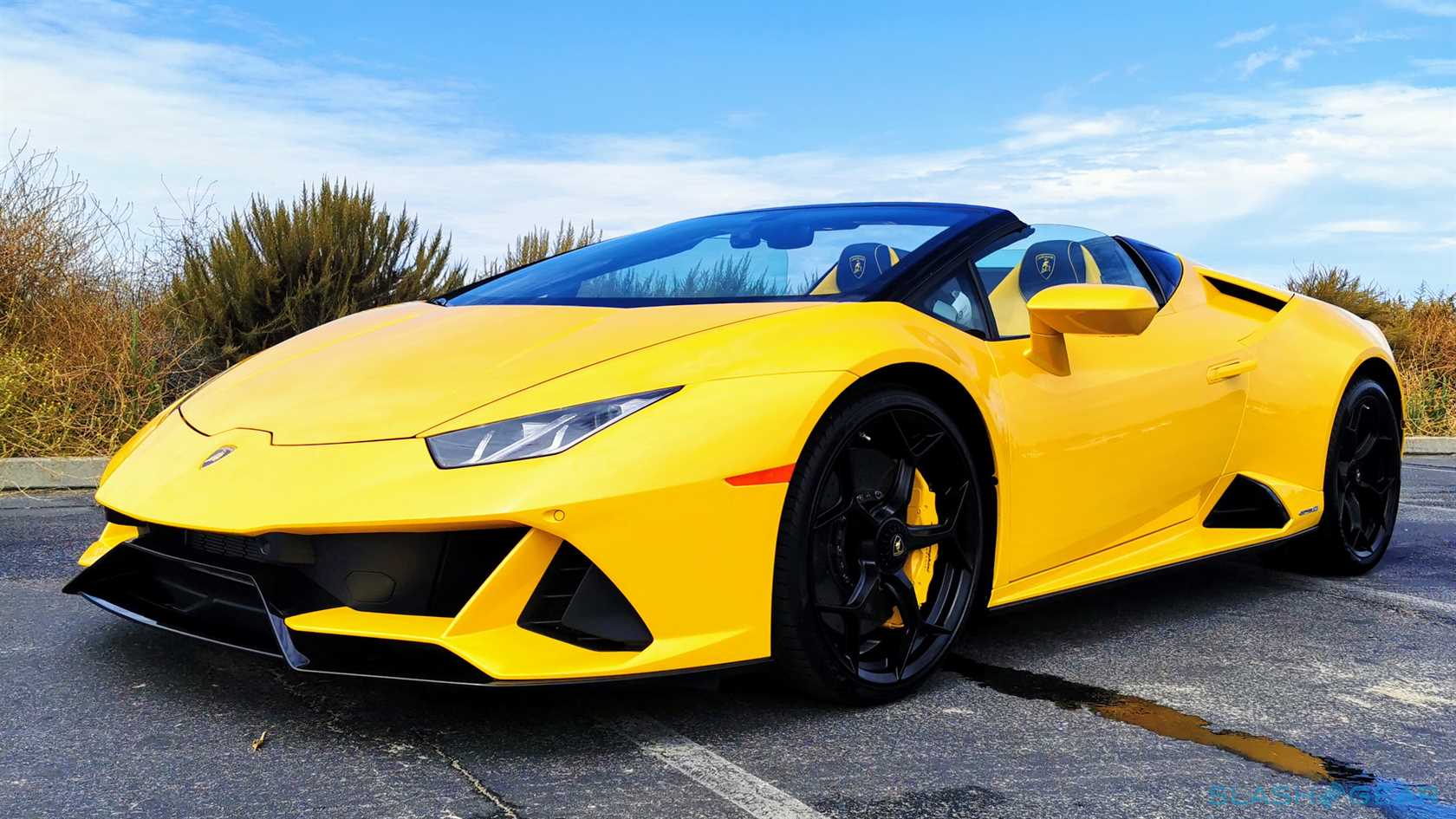 At first glance, the exterior changes between the Huracan and Huracan Evo models are subtle. It’s only when you compare both cars side-to-side, that things like the more angular and sharper fascia stand out, along with the revised front bumper with its larger air intakes. Further improving aerodynamic efficiency is a new front splitter with an integrated wing.

Even the underbody was not spared from aero trickery and was reshaped to maximize efficiency. Borrowing styling cues from the Huracan Performante are twin exhaust tips located high up in the rear bumper and an integrated spoiler to tame the airflow. As I said, the exterior changes are subtle but yield impressive gains in downforce – up to seven times more – and aero efficiency – up to five times more – than the previous Huracan. 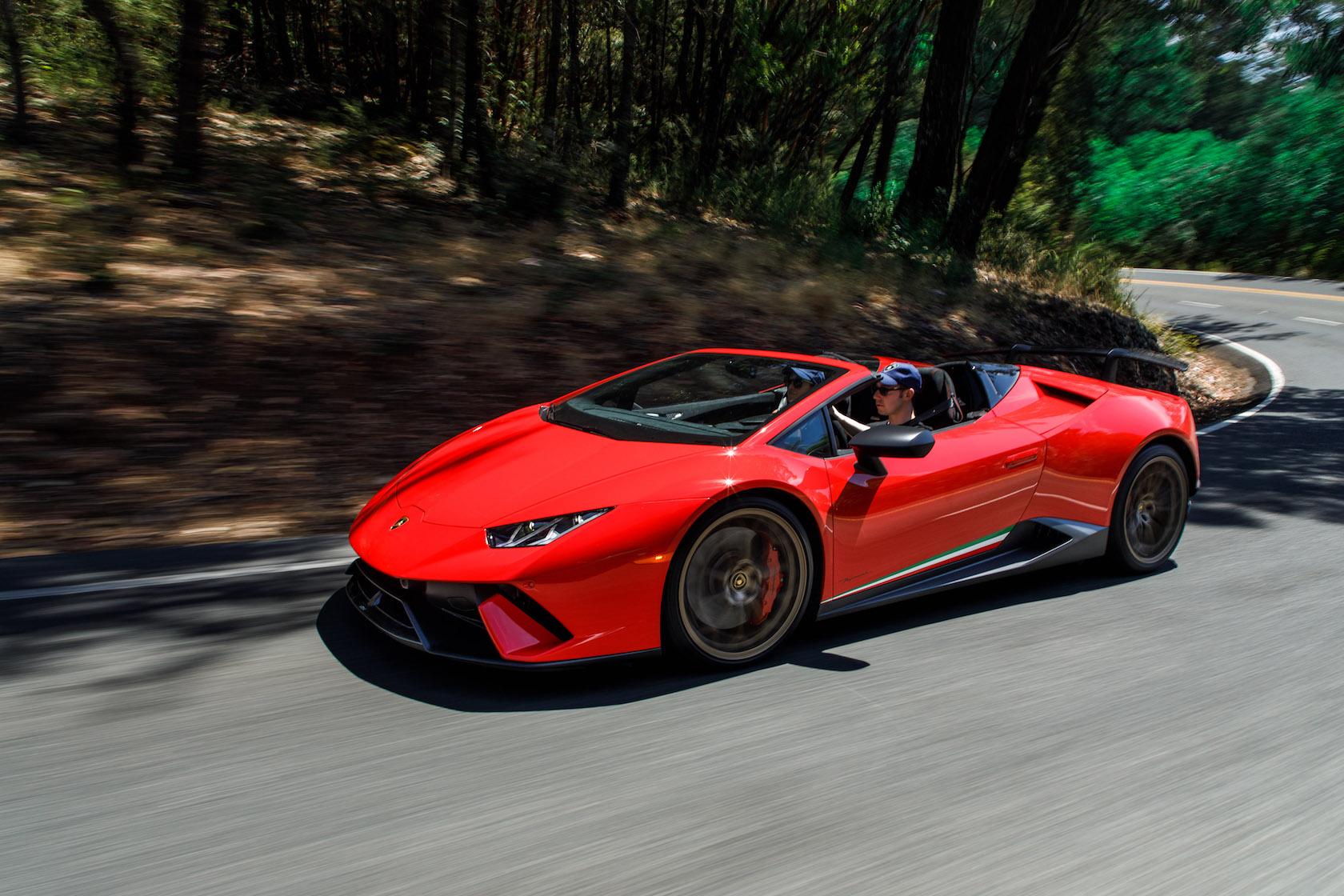 All these changes also mean better engine cooling, improved by around 16 percent. Altogether, it’s no wonder the Huracan Performante set a new Nurburgring production car lap time at 6:52.01, beating the Porsche 918 Spyder by five seconds in the process, back on October 5th 2016. Owners can thank the Performante for passing most of its tricks to the Huracan Evo Coupe and Spyder.

It looks like a supercar (albeit smaller than I imagined) and it has the vibe of a hyper-exotic mega-buck millionaire’s toy, but does it really drive like a supercar? Unsurprisingly, it does, but it’s better fulfilling the role of grand tourer instead of a track weapon. A traditionalist might expect their supercar to be cumbersome and difficult to drive, but the Lamborghini Huracan EVO just isn’t like that. 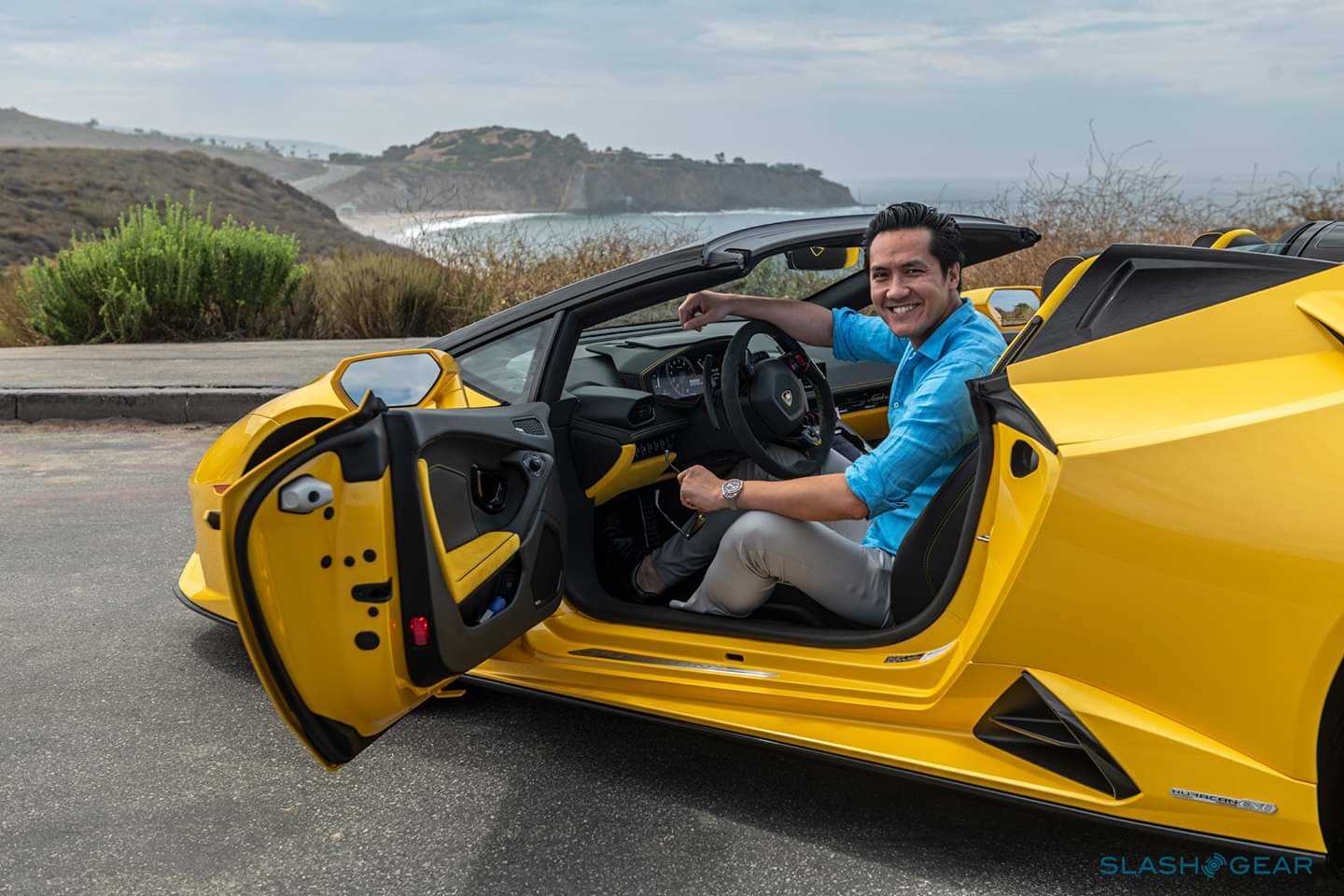 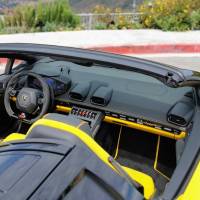 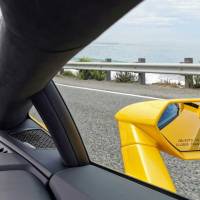 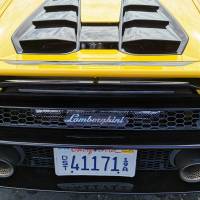 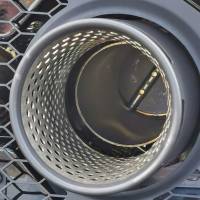 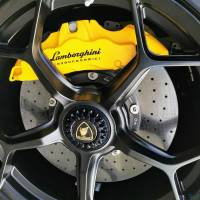 Honestly speaking, it’s no harder to drive than an Audi RS 6 Avant, and that’s all for the better. At slow speeds, the ride is taut even in default Strada mode, but it remains relatively comfortable for a supercar. But upon awakening, the naturally aspirated 5.2-liter V10 with a heady 631 horsepower and 442 pound-feet of torque are at your disposal. Switch the ANIMA drive mode to Sport or Corsa and you’re ready to rule the asphalt. The surprising thing is how easy everything happens without the driver noticing it. This may sound like nonsense, but the Lamborghini Huracan EVO Spyder made me feel like a hero. No, scrap that – it actually made me feel like a pro race driver. Really, it’s not that difficult to go fast in this car, and it all has something to do with a group of letters called LDVI.

Lamborghini Dinamica Veicolo Integrata or LDVI is essentially a supercomputer with tons of computing power. The system gathers information from the Huracan Evo’s steering wheel position, braking input, and throttle application. At the same time, it analyzes the all-wheel-drive system, the four-wheel steering, and the active suspension. All the data is processed in real-time and the car adjusts itself to keep you out of trouble. If you want to know what’s happening underneath, all LDVI activities can be monitored in the standard 8.4-inch touchscreen display. For instance, if you brake too late upon entering a curve, the car will push the rear in the opposite direction to keep the nose pointed in the right direction. It’s like having the imaginary hands of a racing God as it guides the car gracefully onto every turn. 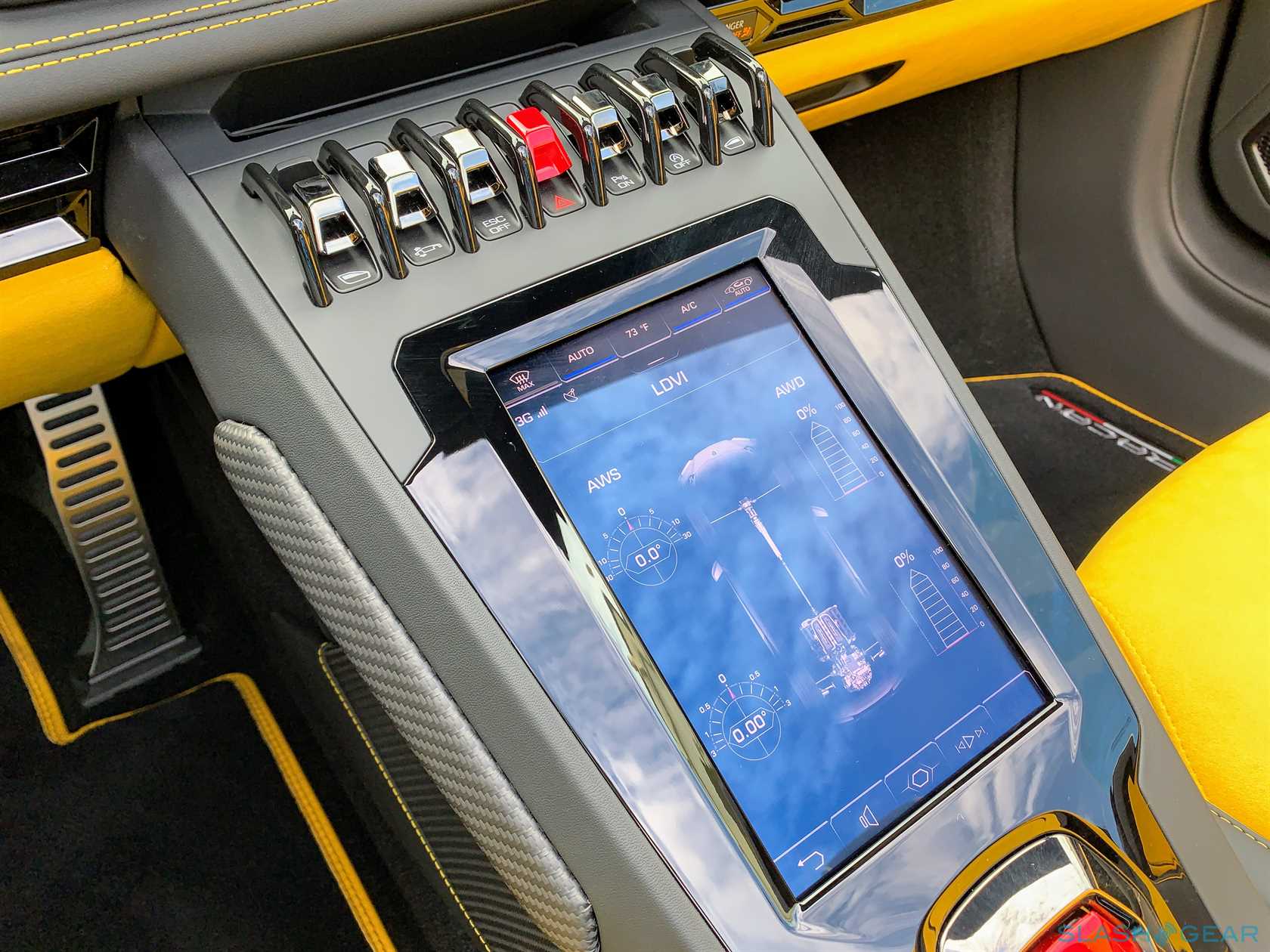 But LDVI is only the tip of the iceberg. The Huracan Evo Spyder also comes with LPI or Lamborghini Piattaforma Inerziale v2.0. It basically consists of gyroscope sensors and accelerometers at the car’s center of gravity, and its task is to monitor roll, pitch, yaw, and real-time vertical, longitudinal, and lateral acceleration. All the data is fed to the LDVI supercomputer and the rest is automatic. Oh, and LPI also governs the new magnetic suspension in the Huracan Evo Spyder, a system that constantly adjusts damping forces to deliver sharper handling or a comfortable ride depending on the drive mode.

Lamborghini says all this electronic wizzardry is engineered to enhance rather than anesthetize the driving experience, and the good news from behind the wheel is that they’re right. But the LDVI and LPI systems are so fast and so good, Lamborghini says the car can go as far as predicting the driver’s next move. That could’ve left you feeling distant from what’s actually happening beyond the cabin, but in fact LDVI works seamlessly in the background. Unless you really go crazy and wag the tail, that is, at which point you’ll feel the system metaphorically slapping you on the wrist as it forces you to face the proper direction once more.

Another feature worth mentioning is the seven-speed dual-clutch automatic. It behaves rather well in Strada mode, although it tends to hesitate to downshift under light throttle applications. Switch to Sport or Corsa mode, however, and the transmission shifts with the immediacy of a frightened cat. I do miss the brutality of the shifts in an Aventador in Corsa mode, but I certainly don’t mind losing some roughness in favor of smoother operation day to day. And besides, Corsa mode is designed for setting lap records, which is quite foolish in an open Lamborghini. 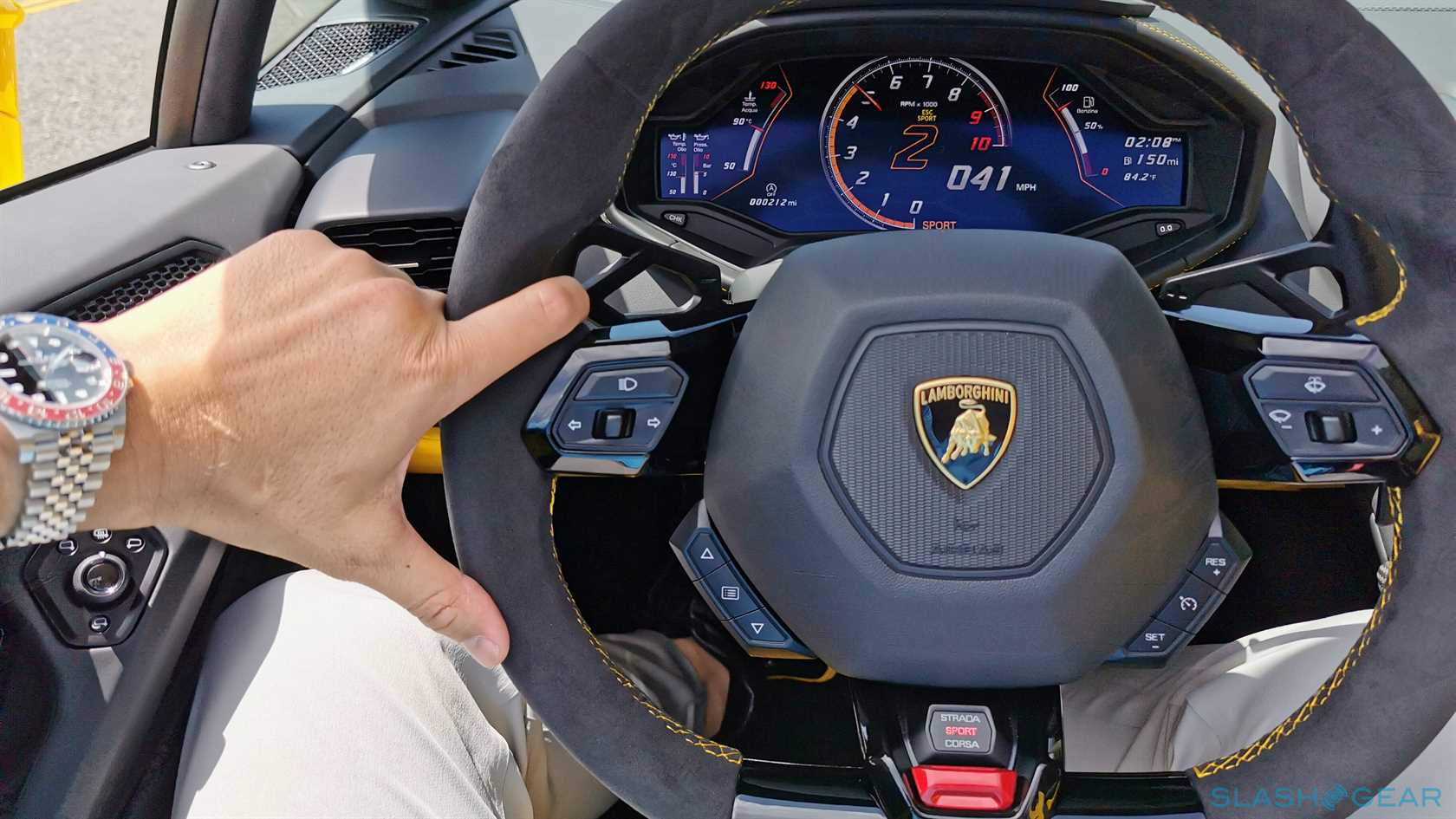 The best way to experience this car is to fold the top down, put on some sunglasses, and find a long stretch of empty, winding roads – exactly what I did on this drive program. If you’re looking for a track day car, take a second look at the Huracan Performante and knock yourself out. But if you want a fast, agile, relatively comfortable, and stylish grand tourer, you can’t go wrong in the 2020 Lamborghini Huracan Evo Spyder.

Before driving the Huracan Evo Spyder, the 2019 Aston Martin DBS Superleggera was my top choice for a super GT car. Honestly, it still is. It’s less playful than the Lamborghini but the 715 horsepower turbocharged V12 in the Aston demands steadier hands and faster eyes. The Huracan Evo Spyder feels closer to the 2020 McLaren 600LT Spider and the 2020 Audi R8 V10, two supercars that can be driven in a relaxed yet brisk manner. 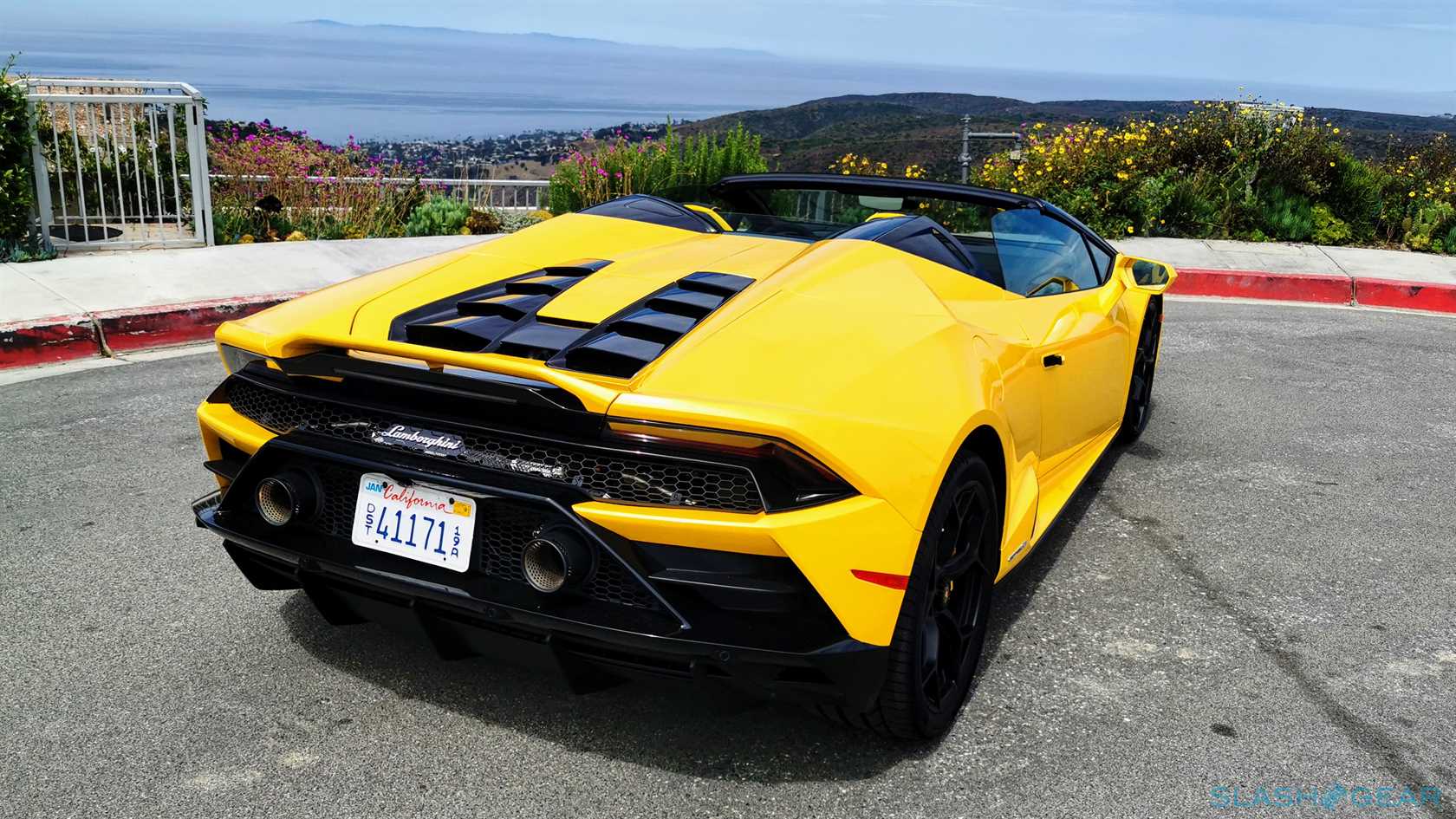 The 2020 Lamborghini Evo Spyder is not a high-strung track monster, even though it plays the hooligan part quite well if you want it to. But the surprisingly comfortable and ergonomic interior – in your choice of leather, Alcantara, and Carbon Skin, naturally – begs to differ. Choosing a grand touring sports car just got tougher, but the new Lamborghini Evo Spyder is simply too good and too stylish to ignore.