A lot can change based on your intonation. When Apple says “the new MacBook only has one port!” it means it as a compliment. The reaction many had to the new ultraportable was the same phrase, but voiced in unhappy astonishment instead: even with the wealth of wireless options out there, you still can’t quite escape cables. USB-C is more than just a smaller USB port, but it’s easy to get distracted by eighty dollar dongles and questions over what Apple’s new connector-of-choice means for the existing peripherals on your desk or in your bag.

Thanks Apple, did we really need another new standard?

Apple might be the first to use USB-C on a notebook, but it’s not going to be an Apple exclusive. The company was heavily involved in the development of the new connector, but it’s controlled by the USB Implementers Forum, and is a standard we’ll see adopted across the players in the industry. 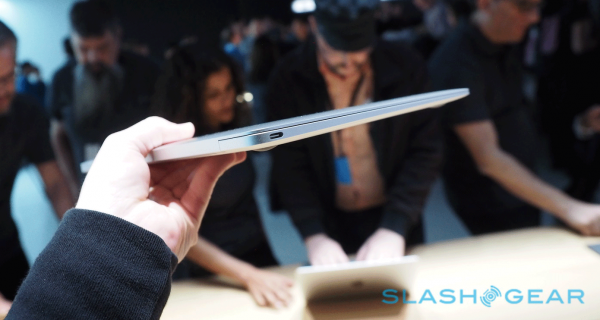 When Apple – or anybody else – says “USB-C” what it really means is the USB 3.1 standard and the “C” type connector. USB 3.1 is backward compatible with USB 3.0 and USB 2.0, while the new port brings such benefits as smaller size, plug reversibility, and support power delivery. However, to take advantage of the backward compatibility, you’ll need some sort of adapter to hook up your existing devices.

That’s not new, but it can be annoying. Since the Retina redesign of the MacBook Pro, for instance, Apple has done away with dedicated ethernet ports: you need to remember to carry your $29 Thunderbolt to ethernet adapter instead.

There’s no denying that $80 for a USB/HDMI or USB/VGA dongle to convert the USB-C port on the MacBook isn’t cheap. Apple will also offer a $20 USB-C to regular USB adapter, so that you could plug in a phone or a memory card reader.

What’s worth remembering, however, is that Apple doesn’t control USB-C. This isn’t Lightning all over again: third-party manufacturers will weigh in with their own products, adapters, and cables. In fact, Apple is counting on it; the company told me it has no current plans beyond the three dongle range, and expects USB-C products overall to become relatively inexpensive. 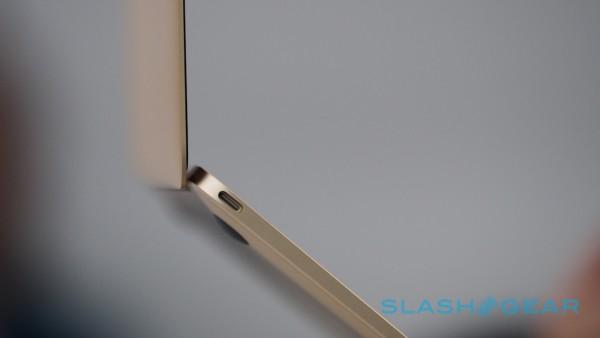 It’ll take a little time, certainly, though we’re already seeing the first devices surface. LaCie announced an external drive using the USB-C connector, and it’s unlikely to be long before desktop hubs, more flexible adapters, and other products show up. Initially, they’re probably going to try to cash in on the MacBook cachet, but as the port starts to show up on a broader range of hardware, the accessories will be commoditized.

Basically, you won’t need a desktop dock in matching (and probably expensive) rose-gold unless you really, really want it. Eventually there’ll be dull (and more affordable) beige and grey options instead.

But what about Thunderbolt?

Apple has something of a track record in pushing new connectivity, and – with Thunderbolt and Thunderbolt 2 still comparatively short on peripherals – you can see why some Mac early-adopters are frustrated at the thought of USB-C already eclipsing the previous ports. 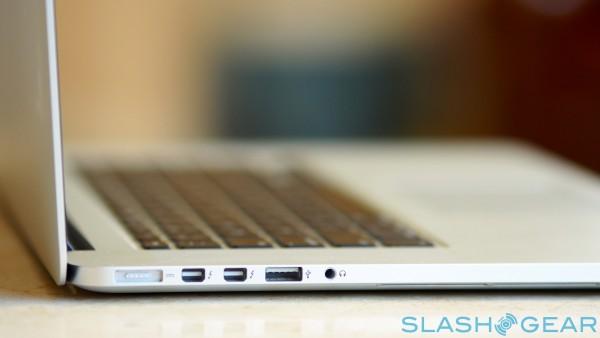 In reality, though, USB-C and Thunderbolt 2 still aren’t really competitors. For a start there’s the matter of bandwidth: Thunderbolt 2 supports up to 20 Gbps, whereas the USB-C standard can handle up to 10 Gbps.

Apple also confirmed to me that the new MacBook doesn’t actually take advantage of that full potential: the port on the new notebook maxes out at 5 Gbps, in fact. The notebook will also be able to drive a single external display at up to 3840 x 2160 resolution, whereas Thunderbolt 2 can handle two external displays.

So, it seems unlikely that we’ll ever see a USB-C to Thunderbolt adapter, and it also means that Thunderbolt 2 will probably stick around as the high-speed port of choice on prosumer hardware like the Mac Pro. What will be interesting to see is how future MacBook Pro models evolve: right now, the laptop has two Thunderbolt 2 ports and two USB 3.0 ports, the latter of which could certainly change to USB-C.

However, since USB-C can also deliver power, Apple could also drop the MagSafe port on future notebooks. The new MacBook only requires a relatively miserly 29W, but USB-C as a standard can deliver up to 100W, comfortably more than sufficient for even the current 15-inch MacBook Pro (which comes with an 85W power brick). Whether the MacBook Pro audience is ready to altogether lose the current USB in favor of USB-C remains to be seen (Apple could’ve ditched those ports already, and relied on Thunderbolt to USB dongles, but it didn’t).

Undoubtedly. And, frankly, that’s a good thing. It’s a faster, more flexible port than the versions of USB before it, not to mention smaller so that it’ll open the door to slimmer devices. They might not be quite as compact as Apple has opted to make the MacBook, but accommodating ports is more often than not the design issue forcing certain dimensions.

It’s also going to spread across more than just computers. USB-C is designed to work on smartphones, tablets, and wearables as well as notebooks and desktops; it’s hardly common there yet, but adoption – on things like the Nokia N1 – has at least started. The cabling will be easier, too, since it can just be USB-C on either end once the port gains traction. The power brick charging your notebook could charge your tablet, too, or your phone. 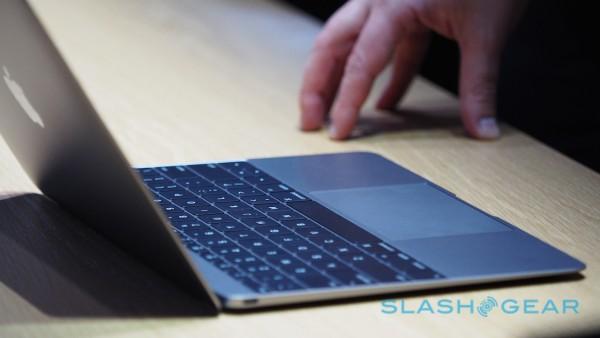 USB-C is, on balance, good for mainstream consumers. At least, it will be once it’s more widespread. For the moment, it’s easy to knock Apple for its eighty-buck dongles, but that’ll change as Belkin and others weigh in with cables of their own: something they’ve not really been able to do with Thunderbolt and Lightning because of the licensing costs involved. You might not be able to live with a one-port laptop, but don’t worry: you won’t have to wait long for see USB-C break into the mainstream.

For more on the new MacBook, head over to our full hands-on.