This week we’re having a look at some devices and technologies that you may well be using for the first time. If not because you got a brand new smartphone for the holidays, then because you’re at your Grandparents’ house fiddling with the gear you don’t often pay as close attention to otherwise. What we’re having a peek at today is using a USB-C cord with your Android device. Specifically, what we’re looking at, is what happens when you connect one Android device with USB-C to another (that also uses USB-C.)

While this article may be part of our guide series for all things technologically advanced, it’s more of a “look at what you can do” sort of situation. In this case, we’ve got two Nexus smartphones connected to one another. We’re doing it this way because there are just a select few Android devices (or any mobile devices in general, for that matter) with USB-C out in the wild at this time.

*NOTE: We have not yet tested the OnePlus 2’s USB-C with these Nexus devices to verify the connectivity abilities are the same as the rest. 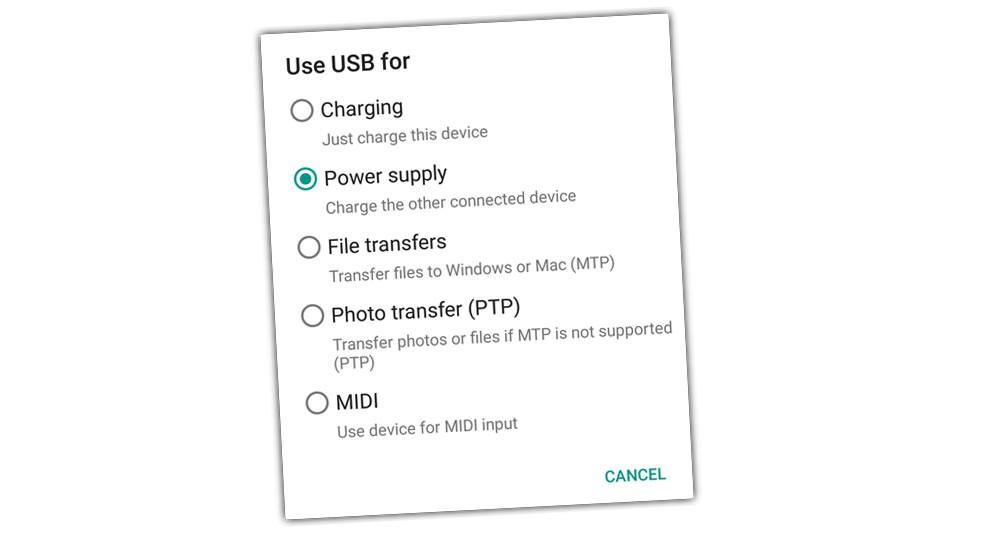 Above you’ll see a screenshot from a Nexus 5X as it’s connected with another Nexus 5X with a USB-C to USB-C cord. This screen is VERY similar to what you’d find if you were connecting two micro-USB devices to one another using an OTG cable whilst running Android Marshmallow or newer.

You’ll be able to charge one device or the other. With USB-C, you’re able to drain battery from one device into the other, using any USB-C device as a mobile battery for the other. You can also do this if you’re using a micro-USB with an Android device and an otg cable. That converts a micro-USB’s fat USB 2.0 end back into another micro-USB end, allowing you to transfer power back and forth or back OR forth.

You’ll also be able to use one device with MIDI input. You’ll need a MIDI device to test it with, and when you do, you’ll fine lag reduced to a nearly-imperceivable 30ms. This isn’t the first time Android has had such support, having introduced MIDI action in the OS’ code back with the first version of Android Marshmallow.

Have a peek at the timeline below for additional Android Marshmallow bits and pieces.