Uber, pressured into applying for a self-driving car testing license by San Francisco, has been granted approval for a small-scale roll out by city regulators. The ride-sharing company had flouted local rules on autonomous vehicles, sending out a fleet of customized Volvo SUVs back in December 2016 for real-world testing of its work-in-progress technology. However, the Department of Motor Vehicles disagreed with Uber’s justification for why it didn’t require a license.

Uber’s argument was that there is a difference between what the DMV considered a “self-driving” vehicle and its own cars. Since the Uber prototypes would require a human driver to monitor performance, Anthony Levandowski, Head of the Advanced Technology Group at Uber, suggested, they couldn’t be considered fully autonomous. Unsurprisingly, the DMV disagreed.

“Twenty manufacturers have already obtained permits to test hundreds of cars on California roads,” a DMV spokesperson pointed out. “Uber shall do the same.”

Unswayed, Uber continued to flout the DMV’s rules, and its autonomous fleet went on to pick up riders booking travel through the company’s app. Things were brought to a crashing halt, however, when the DMV revoked the registrations of the Uber fleet. Those registrations had been improperly issued, it argued, because the cars hasn’t been marked as test vehicles.

With little room to maneuver – autonomously or otherwise – Uber opted to pull its entire prototype garage from San Francisco. In late December, it announced it would take the cars to Arizona instead, claiming lawmakers there had been more receptive to the trials. Nonetheless, it turned out that Uber wasn’t quite ready to give up on California. 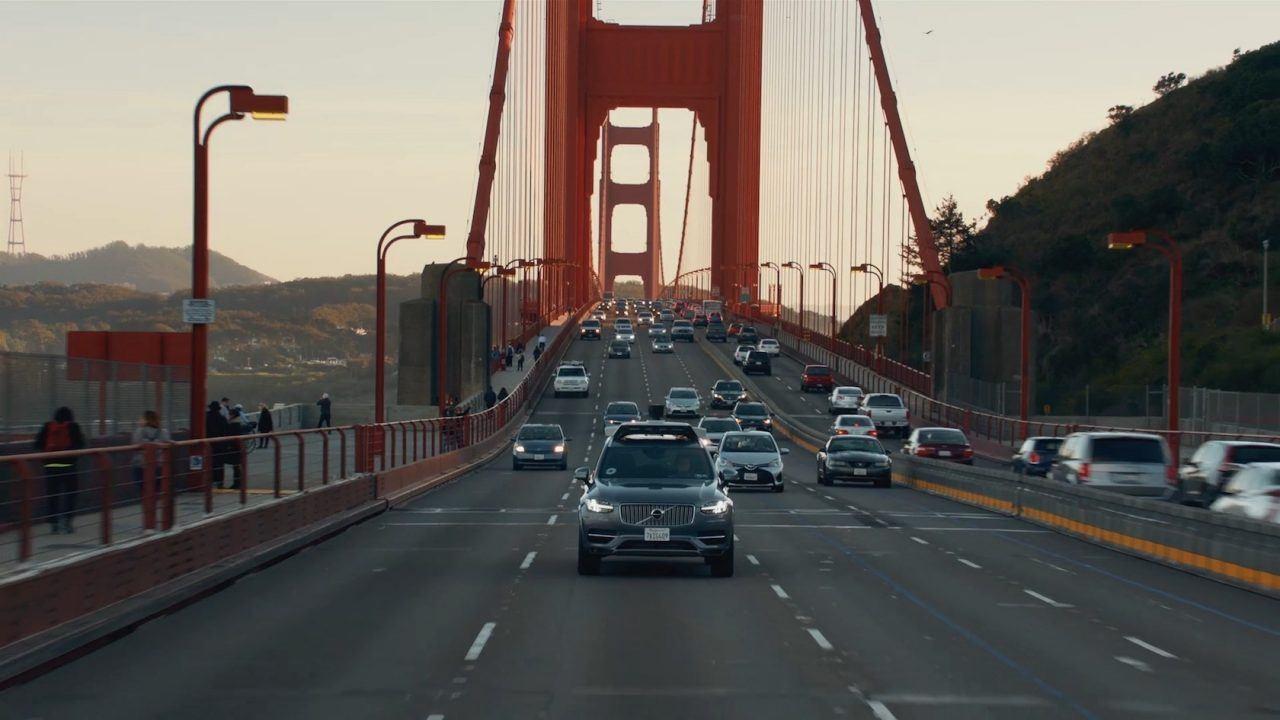 Earlier this month, indeed, the company applied for an official self-driving car permit, and it’s that which has been granted this week. Only two of the XC90-based prototypes will be allowed on the road at any one time, though, according to the SF Examiner, and only 48 people are on the list as legally allowed to operate them. Unlike in other areas where Uber is running the cars, they won’t be taking paying customers either.

Uber confirmed to the Examiner that it did not intend to resume its San Francisco pilot. The DMV had made clear that its licensing covers only a test driver, and has no sway on whether passengers are allowed inside or not.

There seems to be plenty of work for the company to do, mind. Having originally blamed a human operator for an Uber autonomous car running a red light on the first day of the San Francisco deployment, subsequent investigations by the New York Times indicated the car was, in fact, driving itself at that moment. Bike safety activists were against the trials from the outset, claiming that Uber knew its vehicles would be unable to deal with cyclists correctly yet pushed ahead with in-the-wild testing regardless.

It’ll be doing so with a changed team, too. Chinese firm Didi Chuxing, which operates the country’s biggest ride-hailing system and which saw Apple investment last year, has not only opened up an artificial intelligence lab in Silicon Valley, but poached an Uber engineer to work there. Charlie Miller, known for his work on the Jeep hack that forced Fiat Chrysler to recall 1.4m vehicles, had been at Uber until last week. Now, Recode reports, he’ll be Didi’s new head of safety and security.

That’s not the only high-profile departure. Gary Marcus, who had joined Uber as part of the company’s acquisition of his AI startup, Geometric Intelligence, is leaving after just four months, Axios reported. He will remain a “senior advisor” to the firm, Marcus confirmed, though relocate to New York.

Overshadowing all of Uber’s work are allegations from Alphabet-owned Waymo, the self-driving car business spun out from Google’s research labs, that Uber execs stole autonomous technology. Uber has denied the allegations, that management at Otto – a company founded by former Waymo engineers as a self-driving AI incubator – took proprietary data on things like Google’s exclusive LIDAR sensor designs as they left to set up their new venture. Waymo also accused the former-execs of trying to poach other employees.