Tesla promised us something new with its big “D” reveal, and the reality is a new version of the Model S – the P85D – and some smarter driving tech that helps push the EV ahead of its Germanic rivals offer. Announced in LA at an event swamped with existing Model S owners (many of whom were hoping it would be the Model X SUV that was actually the secret star of the show), the “D” isn’t a new model as such but in fact new versions of the existing Model S, adding an all-wheel-drive version to across the line-up that boosts traction, performance, and range. Maybe more exciting, though, is the future ability for the car to – in limited circumstances – drive itself to meet you.

The Tesla Model S 60D, 75D, and P85D throw in a pair of extra electric motors to power the front wheels, adding to the existing rear-wheel-drive of the current Model S. Instantly doubling the range in number, they’ll also improve the performance drivers can expect: Tesla claims a 3.2 second 0-60 mph run if you opt for the highest-spec P85D. 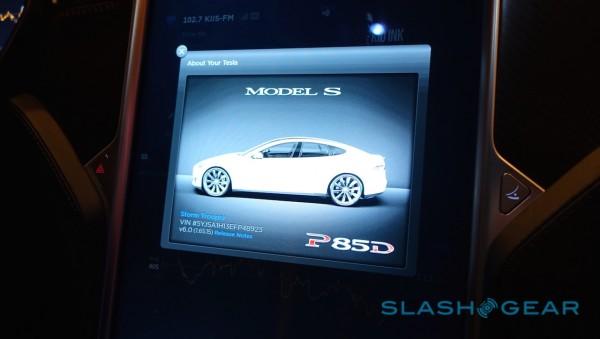 Arguably more usable, though, is the extra traction the new motors will deliver. AWD will open up Tesla‘s potential market for the Model S to areas of the country which might appreciate the instant torque an EV offers but demand drive to all the wheels if they’re to handle icy roads or less hospitable terrain.

“All AWD systems out there are mechanically linked with a shaft,” Musk explained, “it’s like the equivalent of analog, whereas this is a digital system.”

The Model S is never going to be an off-road hero – even the Model X, not expected to hit showrooms until next year, is unlikely to present too significant a challenge to something like a Range Rover in trail conditions – but if it’s the difference between leaving your car in the garage or braving snowy highways then it could significantly widen the number of people who’ll consider the car.

As for the technology upgrade, Tesla was rumored to be building in autonomous drive of some sort, but the reality is more in line with the driver assistance aids we’ve seen in recent high-end models from Mercedes-Benz, Lexus, and others.

“Even though the car could drive itself, the levels of redundancy are not there for full-autonomy,” Musk said. “We’re essentially going to push the limits of what’s safe with this hardware, and what’s available with the current regulations.”

So, the Model S won’t drive itself and allow you to take a nap in the back seat, but it does have a smart lane-change system which will automatically move across a lane when you hit the blinker – assuming there’s nothing already occupying it. 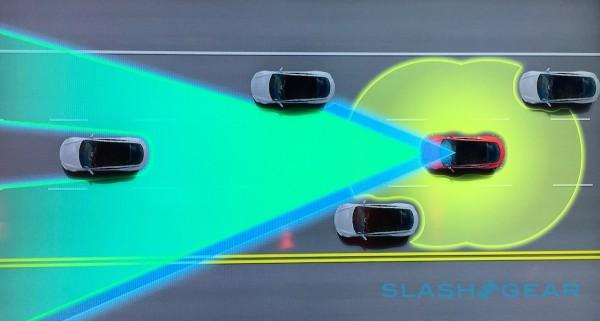 The sensors work all across the car’s speed range, and can spot everything from other vehicles through to softer objects like a runaway child. Meanwhile, cameras that track road signs will be able to identify the current speed limit and adjust the cruise control to match.

There’ll be more familiar aids like blind-spot warnings, and self-parking; in fact, Tesla has plans for you to be able to get out of the car, and the Model S will automatically open your garage door and then park itself. It’ll eventually work the other way, too: if you’re on private property, the car can be summoned from your phone, or even check your calendar and be waiting for you on the driveway.

“Something I’d like to do is have the charge connector plug itself in,” Musk joked, pointing out that the engineers hadn’t heard this yet, “kind of like an articulated arm.” There’s no fixed roadmap for when these more advanced features might be added, however.

The “D” variant owners will also get roughly 10 miles more range, though that will obviously depend on how the car is driven.

“With all AWD systems out there, it’s less efficient,” Musk explained, “but because we’re able to have two drive units where we can shift the power from front to rear – and constantly be at the efficiency point for each motor – we’re able to overcome the increased mass of the engine.” 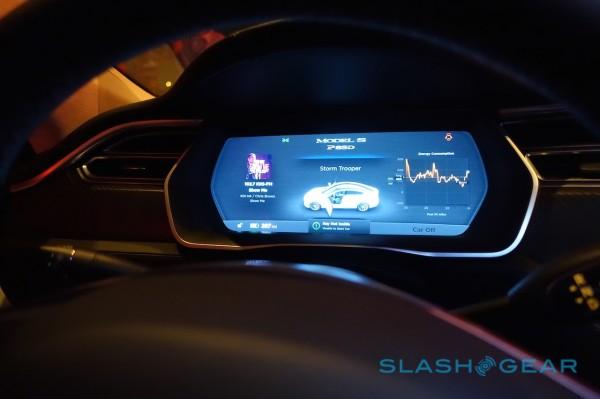 “Literally everything improves with dual motor,” Musk boasted. The P85D gets “about half-again more power… it’s like taking off from an [aircraft] carrier deck, it’s like having your own roller-coaster.”

In fact, Tesla was aiming for the McLaren F1 driving experience when it designed the new cars. “In the options selection, you’ll be able to choose “normal”, “sport”, and “insane”,” Musk laughed. “It’s actually true, it’ll say “insane”!”

The software and firmware – including things like torque-vectoring and road holding on different surfaces – will also be improved over time, the chief exec promised.

It’s unclear whether those with an existing Model S will be able to upgrade to the new auto-driving aids. All cars produced in the last two weeks have the auto-pilot hardware, though, Musk revealed, and there’ll be firmware updates to add new tweaks and abilities, like the ability for the Model S to drive and meet you.

Of course, that might end up helping Tesla in the long run, if current customers decide they can’t do without the latest and greatest from the EV firm. Plans are afoot to begin a certified pre-owned scheme, after all, and to do that Tesla will need cars to actually sell.

[Updated to clarify that some of the semi-autonomous features are on the roadmap, and won’t be available at launch] 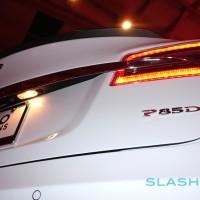 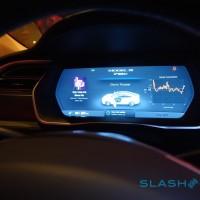 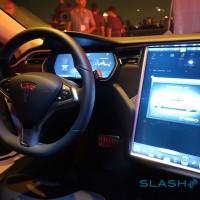 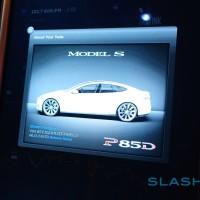 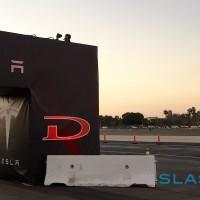 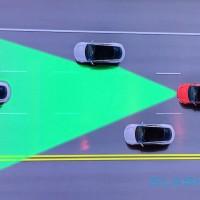 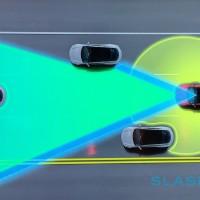