Tablets are for fun, Laptops are for work

If there’s one solid idea in the modern mobile market that I agree with consistently, it’s that tablet-sized computers are made for entertainment first, and work only as a necessity. I’ve tried to bring a tablet to a press conference before, with and without a physical keyboard accessory to pad its ability to work as I need it to, and it’s never good enough. I’m not just talking about a Samsung Galaxy Tab or a Note, not just an iPad, not just an ASUS Transformer of any kind – all of them; they’re all made for entertainment.

I’ve certainly seen some of my compatriots and associates attempt to use a tablet to do work – lots of different kinds of work – and it just does not add up. When I reviewed the ASUS Transformer Prime, it was the first device that struck me as a “tablet first, notebook second” type of device that could make the cross-over a possibility in the real world. As it turns out, the price of the combination of the tablet and the keyboard dock racked up to be not that far from a used MacBook Air – or any number of notebook devices that could do at least as much in the work department, not to mention the entertainment department. 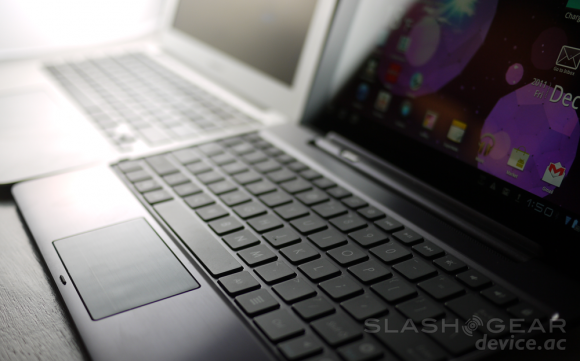 As it stands, it appears that mobile operating systems like Android and iOS, when sized 7-inches or larger, are at a point where their price does not make a good enough case for the consumer to choose them over a notebook if they want to do work. The market does not reflect this, of course, as the companies that make notebooks and tablets have come to understand – in quite a few cases, not all – that sensible choices in the computer consumption universe aren’t always the ones that are made. Instead we’re seeing tablets appearing more exciting than notebooks, notebooks being less newsworthy while tablets take the headlines – almost without fail.

If I had to make a cutoff where the tablet size starts and the smartphone (or in some cases “phablet”) size stops, it’d be a 7-inch display. Samsung made this distinction when they released the original Galaxy Tab, and it stuck. The word tablet should only apply to devices with 7-inch displays or larger with no physical keyboard and a touch-sensitive screen. 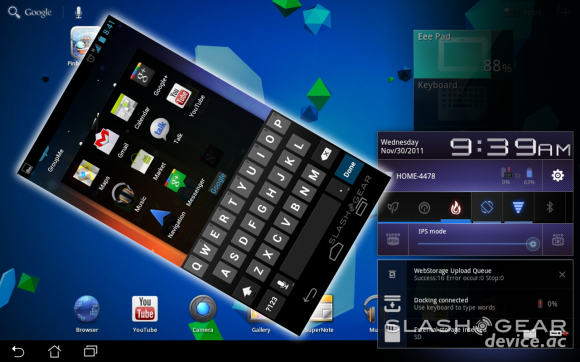 The difference between being able to do work on a smartphone and being able to do work on a tablet is the size of our hands. When we type on a smartphone – for the most part – we do it with our thumbs, and some people can do it really, really fast. Typing on a tablet is not so natural. We’ve not had keyboards as small as a smartphone up until very recently in our collective human past. The physical keyboard made for our hands – a standard-sized keyboard that is – has been around for many generations.

When it’s natural to type on an absolutely flat surface without physical feedback – see any number of science fiction films in the past 10 years – then it’ll be time to go to work on the tablet. Until then, the tablet is something you should buy only if you expect to use it to play games and watch videos.