Smartwatches to buy in 2020: Fantastic new ones to add to your collection

We have come a long way from completely banishing the concept of smartwatches to accepting them humbly as a secondary device for quick access to apps, notifications, fitness metrics, and health reminders. Some still debate the value of a smartwatch, but a few lifesaving stories have pretty much set these devices into the health-centric league – a trend set in motion by Apple and now followed by every other manufacturer most unfailingly.

Fitness and health tracking are vital aspects of a smartwatch. Albeit quick access to the notification on the wrist, which leaves the hands free of continuously touching the smartphone, is a remarkable benefit. Especially in the prevailing COVID-19 situation that demands washing hands and cleaning surfaces after every touch. So, if this holiday season you are willing to take a leap of faith and are trying to figure out which watch is best for you, keep a few things in mind.

Choice of a smartwatch will depend primarily on the smartphone you have in your pocket – to make sure the watch will integrate smoothly with apps you already run on the phone. For instance, if you own an iPhone, Apple Watch is the most lucrative bet, although Samsung’s Tizen OS watches and Android Wear OS options are optimized to work with the iPhone (with limited skills). But on the other side of the spectrum, Apple Watch strictly runs out as an option for an Android user.

Moreover, the choice will depend on your spending cap and the watch size you’re looking for. You don’t want to end up spending on a 44mm Apple Watch Series 6 when your wrist is tiny and only suitable for a 40mm. Another notable feature to keep in mind would be the battery life. Many watches offer only hours of battery life while some tout a few days (at times compromising important features). Invest only after you have weighed all the options. To make it easier, we have rounded up the best smartwatches of 2020 – read on before adding one to your collection. 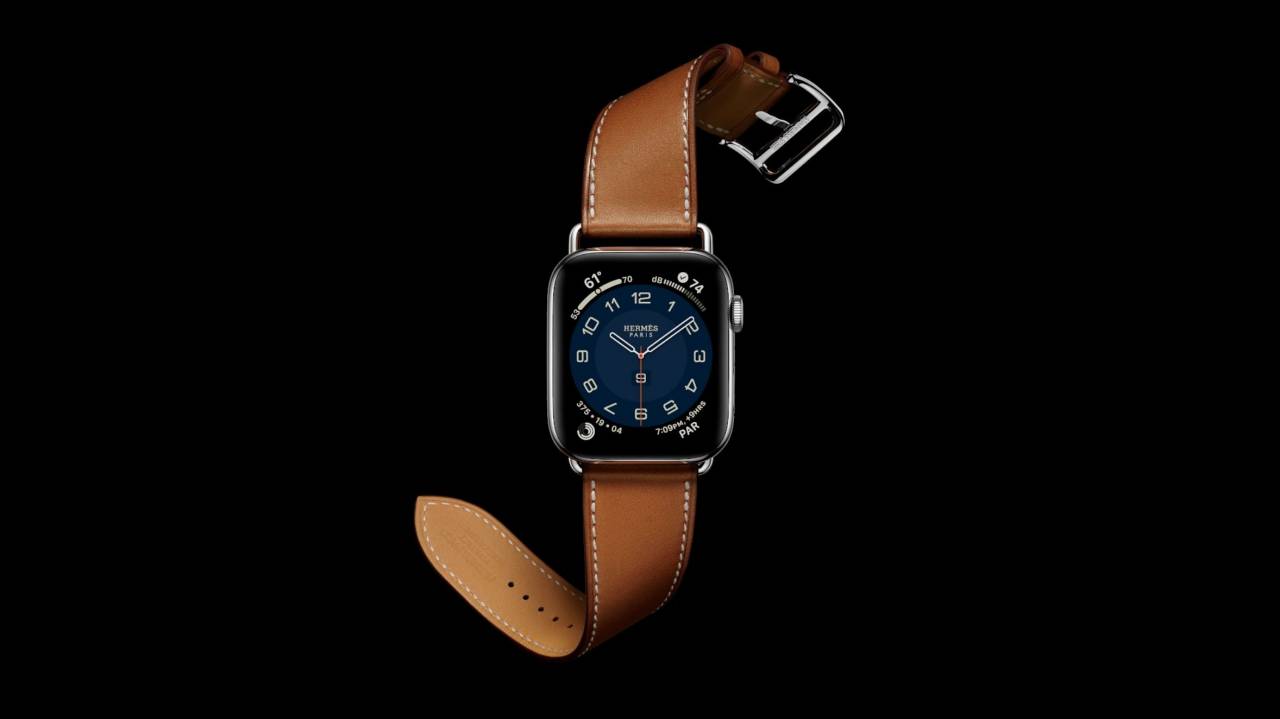 Already reckoned by most tech pundits as the best smartwatch to buy in 2020, the Apple Watch Series 6 comes with upgraded health features and packs everything you’d want from function to unmatched power. The Series 6 is designed for a healthier, more active, and connected lifestyle in two models – 40mm and 44mm available in 100-percent recycled aluminum, stainless steel, and titanium cases and with OLED touchscreen. It also features an always-on display for quick glance at notifications and recorded stats.

Apple Watch has always been ahead of its competition with options of watch faces, access to abundance of apps, and interchangeable bands – the trend carries down to Apple Watch Series 6 too. Samsung is reaching some paces closer, but Series 6 will still have more options on a given day.

Coming to fitness benefits – the watch carries numerous preset workout and activity monitoring options. It keeps track of steps walked, calories burned, heart rate, and sleep phases amid many more. A potentially lifesaving fall detection feature gives the Series 6 an edge. The watch also includes ECG sensor to pick up heart rhythm irregularities and SpO2 sensor to measure blood-oxygen levels. An unimpressive battery backup of 18 hours is the only caveat of the Apple Watch Series 6, which starts at $399 and comes in blue, graphite, gold, and a new (product) red color. 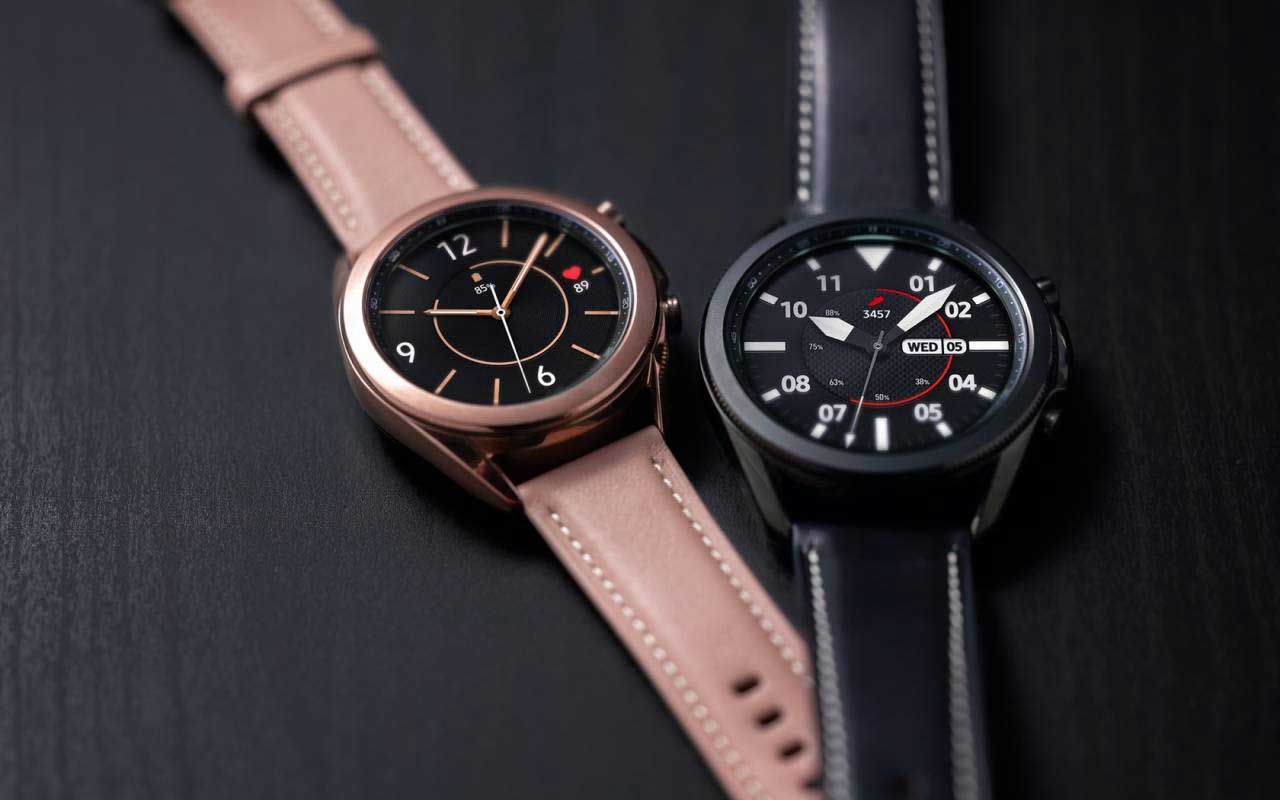 Galaxy Watch 3 is the best for Android fans, who seek features of the Apple Watch Series 6 but don’t mind a recognizable – traditional watch-like – round dial form factor. The rounded face of the watch features a precision rotating bezel for seamlessly spinning through apps and notifications. Its OLED touchscreen is clearly visible in sunlight but unlike the Series 6, this Samsung offering comes only in a stainless steel case for now. The dial options include 41mm and 44mm.

Just as Apple’s new watch, the Galaxy Watch 3 is water-resistant up to 50 meters and features myriad of health and fitness features. In addition to specific automatic exercise settings, the watch comes with an ECG sensor, SpO2 monitor, and the coveted fall detection feature. The battery backup on this one is slightly better than the Apple Watch Series 6, but still only good for up to a day. Galaxy Watch 3 starts at $399, with the LTE model sticking up the cost by a few dollars. 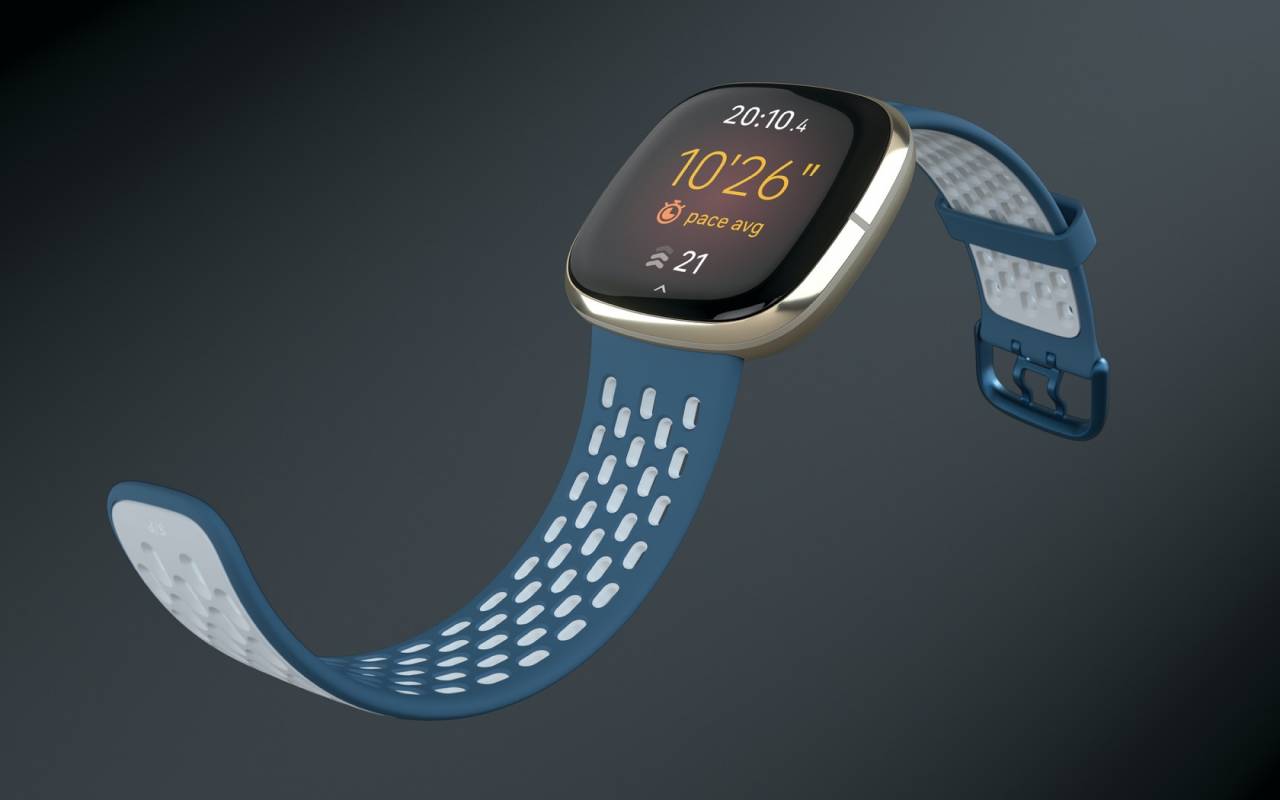 Fitbit has many great smartwatches and trackers in its repertoire, but the Fitbit Sense designed with an emphasis on tracking mental wellbeing and physical health is overly poised as a contender for the best smartwatch to put your money on this year. The great-looking stainless steel watch is pretty similar to the Fitbit Versa 3 intrinsically, but it’s a premium option with more wellness inclined features. The Fitbit Sense packs a heart rate monitor, SpO2 sensor for blood-oxygen reading, ECG sensor, and a feature to measure electrodermal activity and skin temperature.

Basically, the Sense has a stress monitor to pick up changes in the conductivity of user’s skin to estimate pressure they’re under – useful in the stressful environment we are living in presently. Like many other Fitbits, the Sense with GPS onboard works evenly with Android and iOS and is an excellent sports watch in addition to being a health tracker. It can track a huge range of sporting activities and provides up to six days of battery backup. Compatible with Alexa and Google Assistant, the Fitbit Sense is priced at $329. 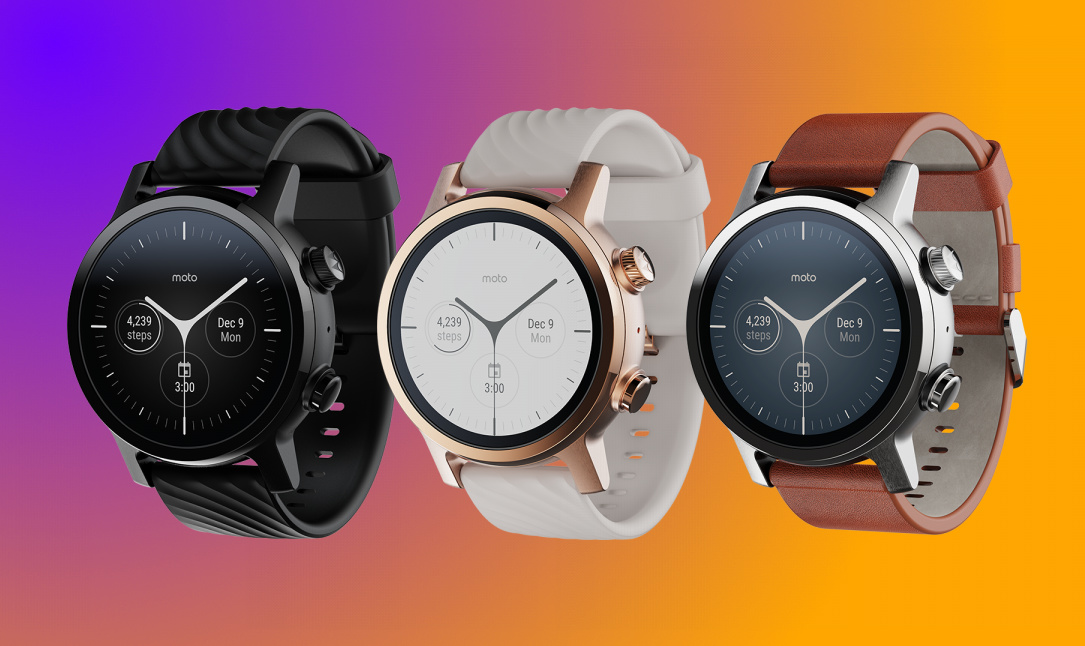 A great premium Wear OS smartwatch, the 2020 Moto 360 third-generation (not essentially in Motorola’s product line but of eBuyNow) is a fully-circular 1.2-inch OLED touchscreen watch with a stainless steel bezel, solid design, and an always-on display. The display is not as vibrant as on Samsung or Apple options discussed earlier, but it does fairly well given its relatively high 360 x 360 pixel resolution.

With built-in GPS, intelligent heart rate tracking, and sleep sensors, this Wear OS smartwatch gives access to all your favorite apps and helps maintain your wellbeing. It is powered Snapdragon 3100 processor and features two buttons on the side of the case. While the top rotatable button can be used to scroll through the notification and music, the lower button can be customized to launch predefined/most-used apps.

Moto 360 third-generation has a modest 355mAh battery that lasts most part of the day, but it’s coupled with a fast charger capable of fueling the watch to full in under an hour. The stylish dial of the $350 new-gen Moto 360 can be paired to either a leather or rubber strap. 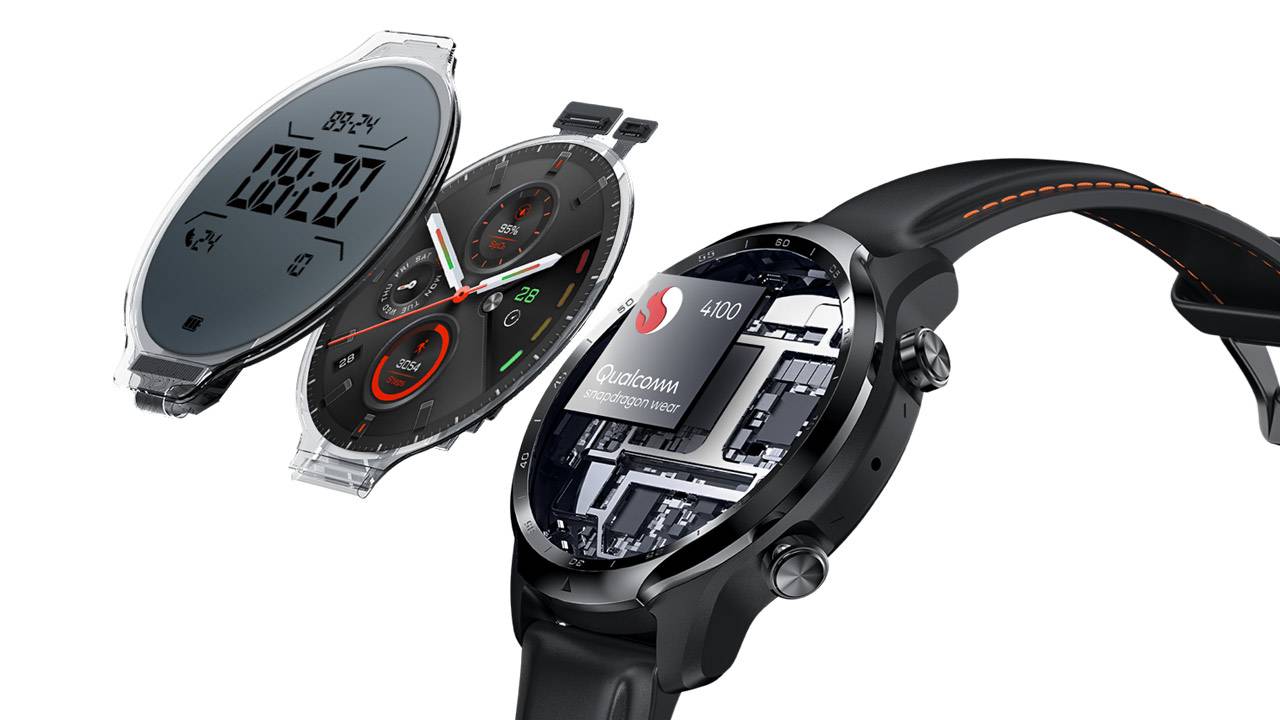 Here is another option for Wear OS-based smartwatches. This is a league apart, thanks to Snapdragon Wear 4100 processor under the hood, which is designed to elevate Google’s software performance with hardware push. For Android users who desire a watch with access to Pandora’s Box of apps, Mobvoi’s most powerful and advanced TicWatch presents a great option. It may lack the class and substance of an Apple or Google smartwatch, but its round, glossy 1.4-inch dial surrounded by matte black stainless steel does make a bold statement.

TicWatch Pro 3 with a vivid AMOLED touchscreen is a quality smartwatch that features GPS, heartbeat, and SpO2 sensors, with an option for tracking a range of workout modes. On the right of the dial, you get two buttons to navigate the menu and toggle through shortcuts. This lightweight and sturdy smartwatch is for you if you want a health-monitoring watch with up to three days of battery life at a relative rebate – it is competitively priced at $299.