Even without iPhone 12, Apple squeezed a lot into its hour-long Apple Watch and iPad event today. Enough, indeed, that some of the details about the Apple Watch Series 6 and Apple Watch SE either got nudged into the fine print or left out altogether. Some of them will save you money, and some of them might just leave you scratching your head.

Traditionally, Apple has charged a $100 premium for the cellular versions of its smartwatches. That holds true for the Apple Watch Series 6, too: if you want a GPS model that’ll be from $399, while the Series 6 GPS + Cellular starts from $499. However the cheaper Apple Watch SE bucks the trend. 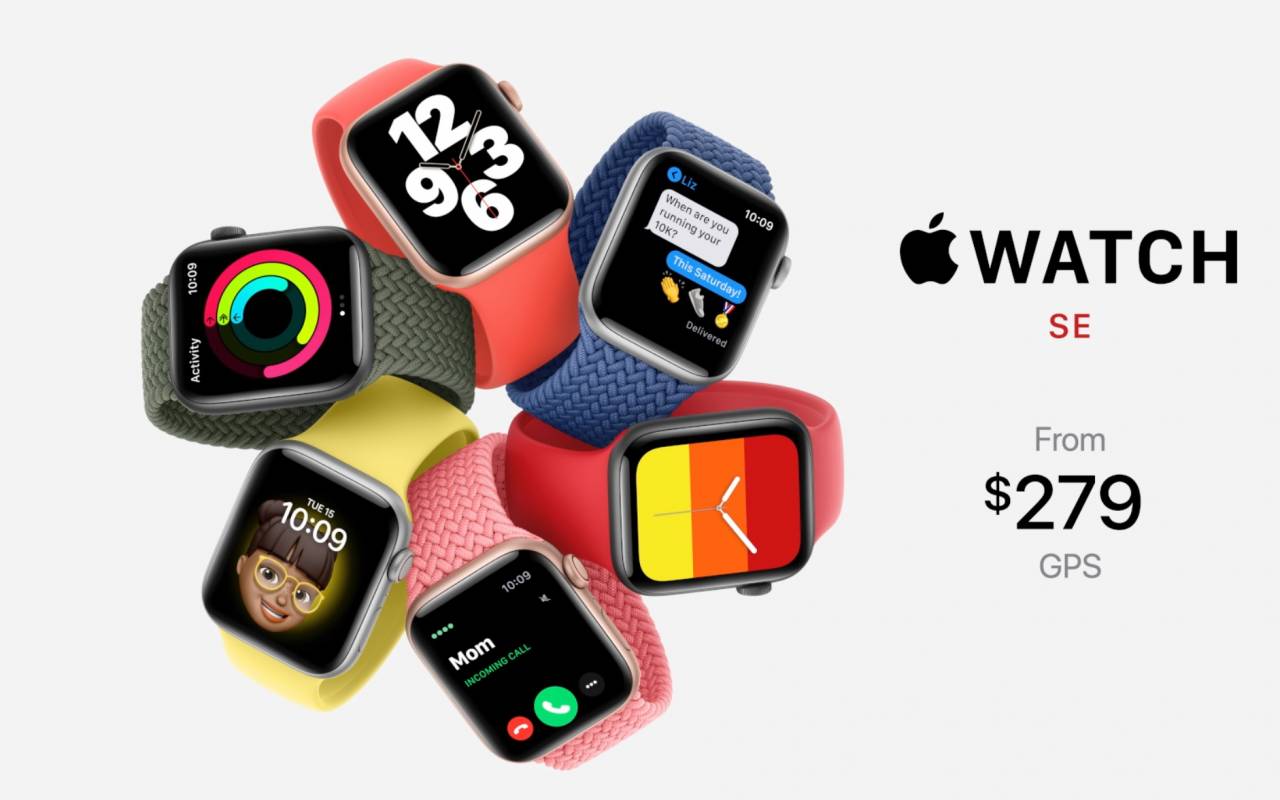 Not all Apple Watch displays are created equal 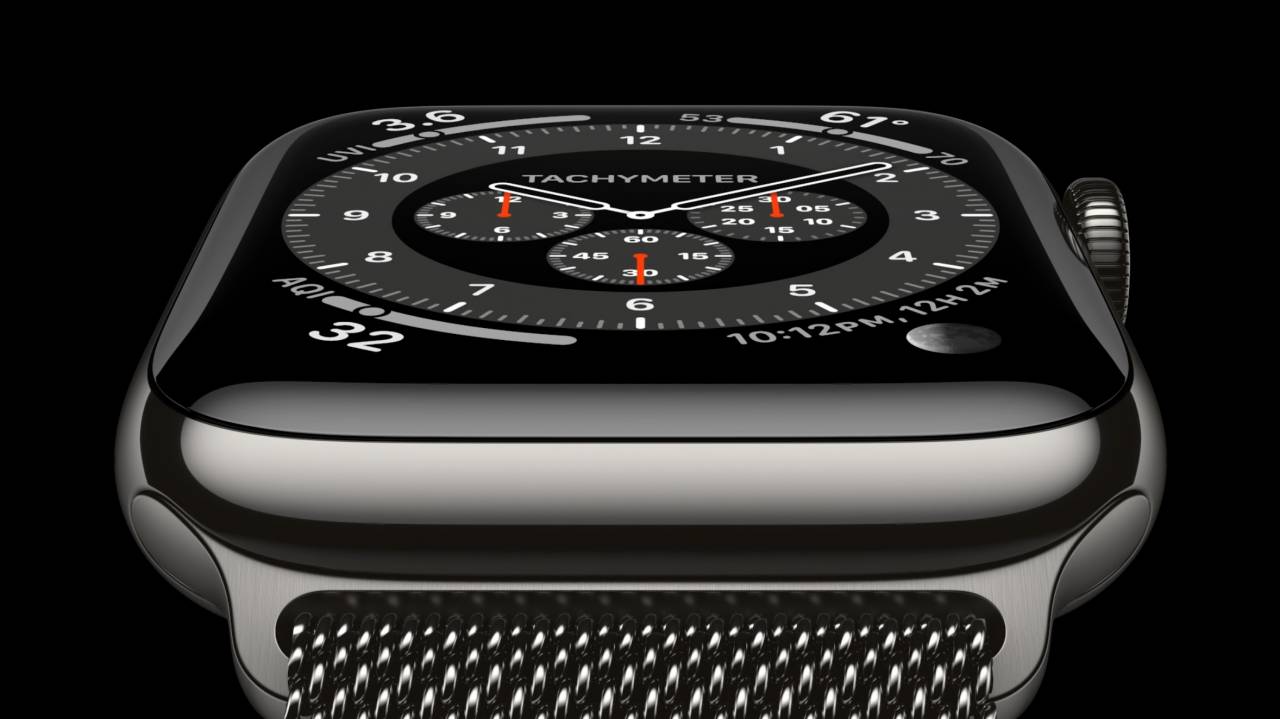 The most obvious is that only the new Series 6 smartwatch gets an always-on screen. The Apple Watch SE sticks with the raise-to-wake system of before, so you can’t see the time, fitness ring progress, or other standby screen information without moving your arm to light the smartwatch up. The good news is that the Series 6 has an improved always-on display, which is brighter for better outdoor visibility. 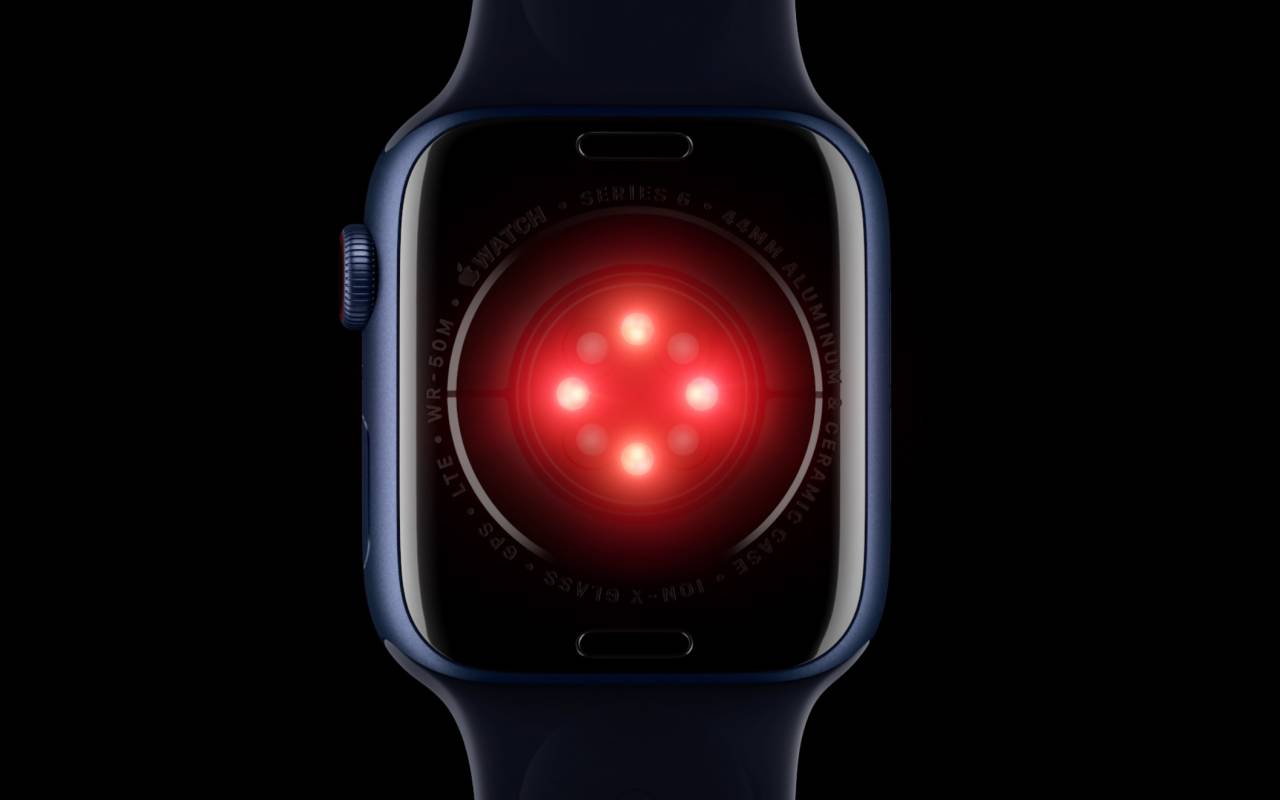 Less obvious than always-on functionality is what the screen is protected by. Previously, Apple has made a big deal of its sapphire cover glass, using the tougher material on more expensive models for those wanting greater scratch and impact reassurance. With today’s updates, however, there’s no mention of sapphire’s involvement any more; the only images of the back of the Series 6 show it’s “Ion-X” glass instead.

Update: Apple tells us that the Series 6 aluminum version uses Ion-X glass, while the stainless steel and titanium versions use a sapphire crystal. All models have a ceramic and sapphire crystal back.

The Apple Watch SE misses out on other things, too

Apple’s pricing for its new “SE” watch is aggressive but, as we saw with the iPhone SE earlier this year, you do make some compromises in order to save money. In the case of the Apple Watch SE, that includes some of the high-profile fitness features that the Cupertino firm has been working on over the past few years.

The absence of the Blood Oxygen sensor isn’t a surprise, but the fact that the Apple Watch SE doesn’t get the ECG sensor is a little disappointing. You have heart rate measurements still, and irregular rhythm notification, but no ECG app for atrial fibrillation (Afib) measurements. That’s because Apple is relying on the optical heart sensor for the SE, not the electrical sensor. 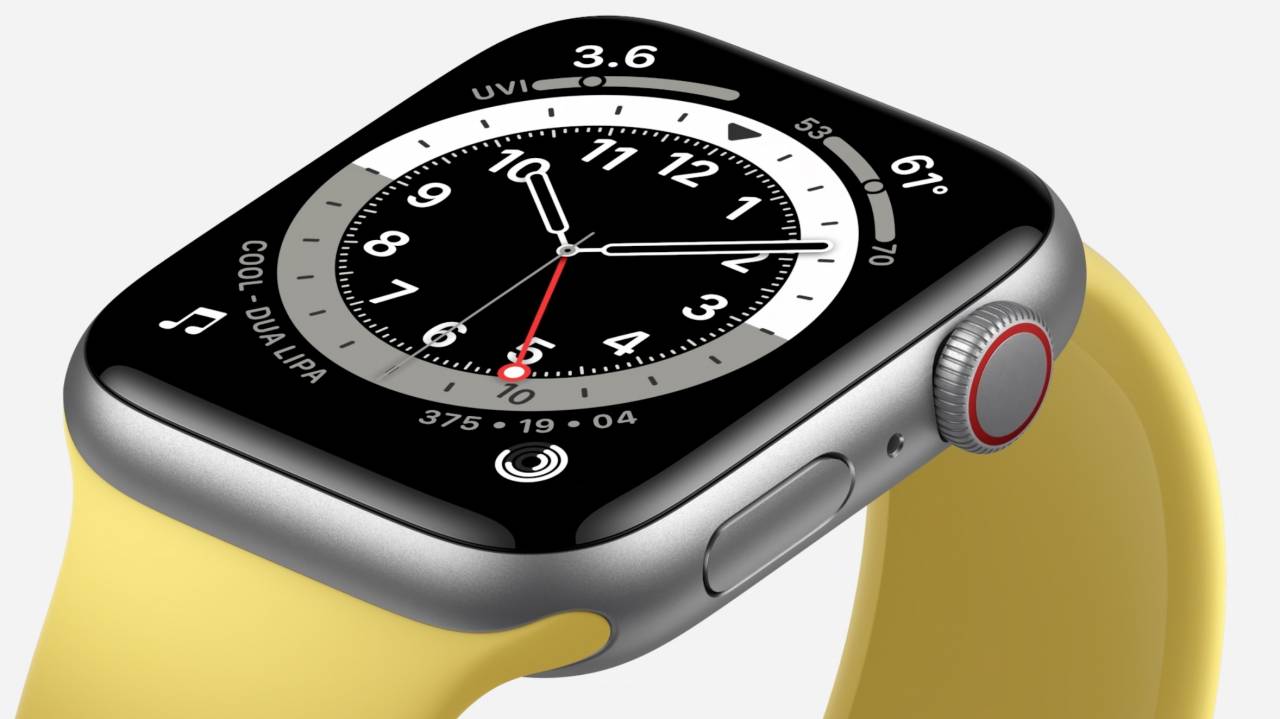 While the Apple S5 chipset in the Apple Watch SE is obviously slower than the S6 in the Series 6, you also miss out on the U1 chip. That’s Apple’s Ultra Wideband hardware, which allows for more precise location tracking. Its absence could prove to be an annoyance when the Apple AirTags finally arrive.

Finally, for connectivity, both the entry-level Series 6 and SE models have WiFi 802.11b/g/n 2.4GHz and Bluetooth 5.0. However the Apple Watch SE doesn’t get 5GHz WiFi: for that, you’ll need the more expensive watch.

It’s clear that the new blood oxygen sensor in the Apple Watch Series 6 is the headline feature of the smartwatch. Being able to not only track trends in oxygen saturation, or SpO2, but get a specific reading on them is a big step forward in the wearables space. However there’s some important small print to keep in mind. 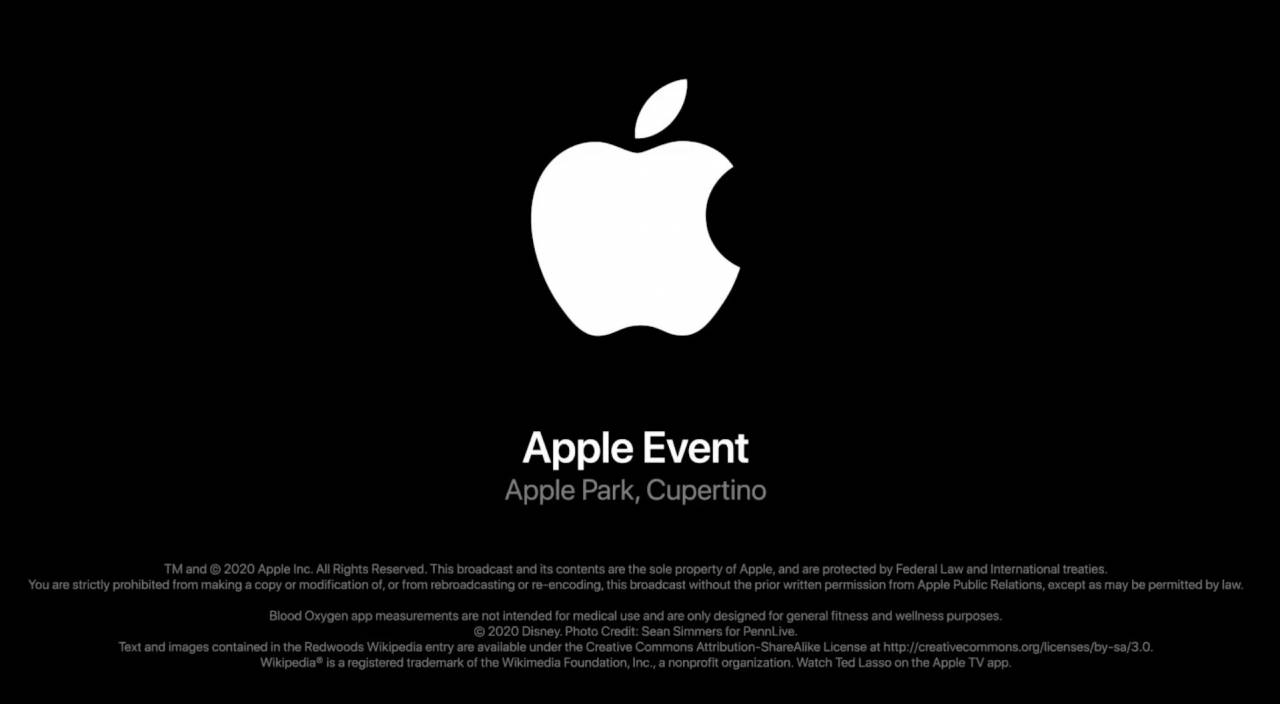 “Blood Oxygen app measurements are not intended for medical use and are only designed for general fitness and wellness purposes,” Apple added to its footnotes at the very end of today’s streaming presentation. The Apple Watch Series 6 product page goes further, adding that incudes “self-diagnosis or consultation with a doctor.”

That’s not to say the company lacks confidence in its sensor tech – indeed, it’s collaborating with experts like The Ted Rogers Centre for Heart Research, University of Washington School of Medicine, and University of California, Irvine, on different research projects to use the Apple Watch Series 6 to better understand how SpO2 impacts and reflects health in various areas – but it may lack the final FDA approval in order to bill it as a medical device. 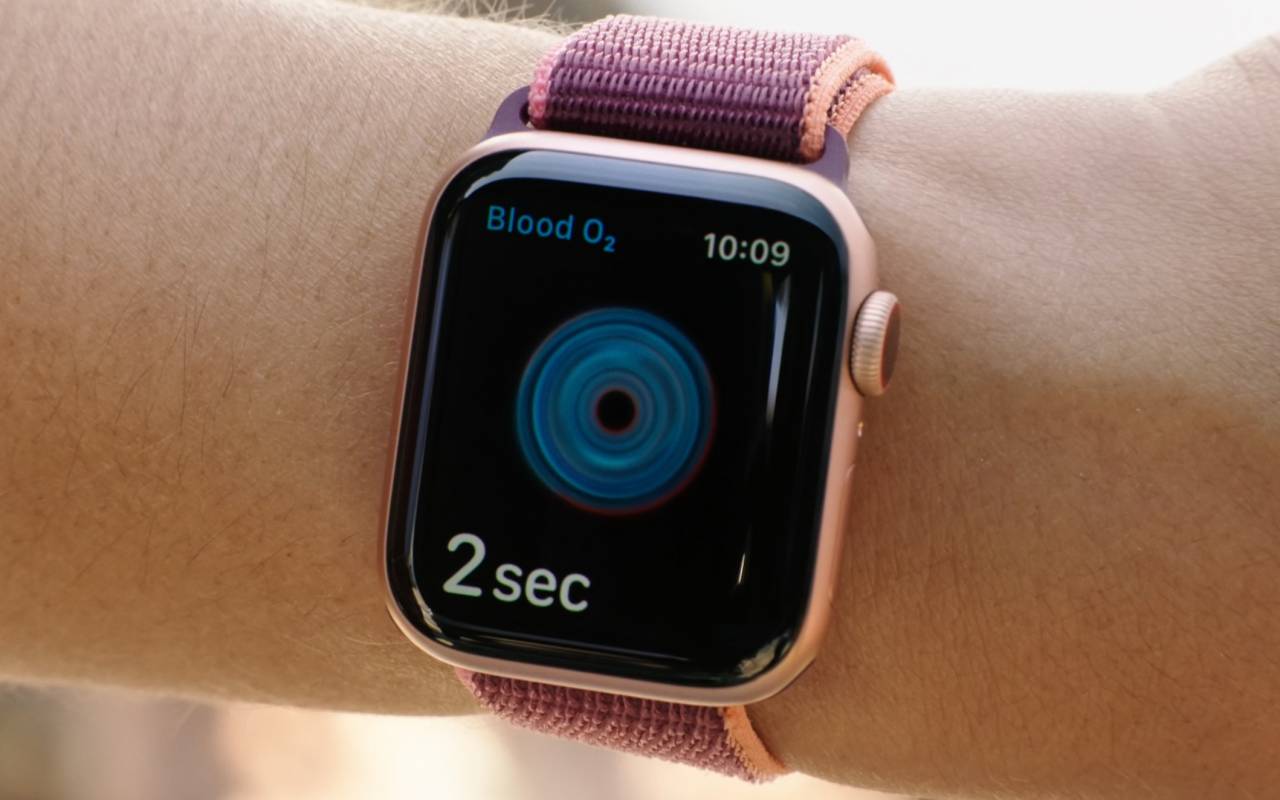 There’s some history there, of course. Back when the Apple Watch first got an ECG sensor, Apple had to wait until it got the regulatory green-light to actually enable it. This time around, at least, wearers won’t have to be patient before their new sensor is activated. Still, it’s worth bearing in mind exactly what Apple is – and isn’t – promising here.

It’s the most colorful Apple Watch year since the wearable first launched, but that’s not to say every case option has been carried over from the Series 5. This year, the Apple Watch Series 6 can be had in blue and (PRODUCT)RED along with the usual silver, space gray, and gold aluminum cases. There’s also a graphite finish stainless steel model, and an updated yellow gold. The Apple Watch Edition comes in natural and space black titanium. 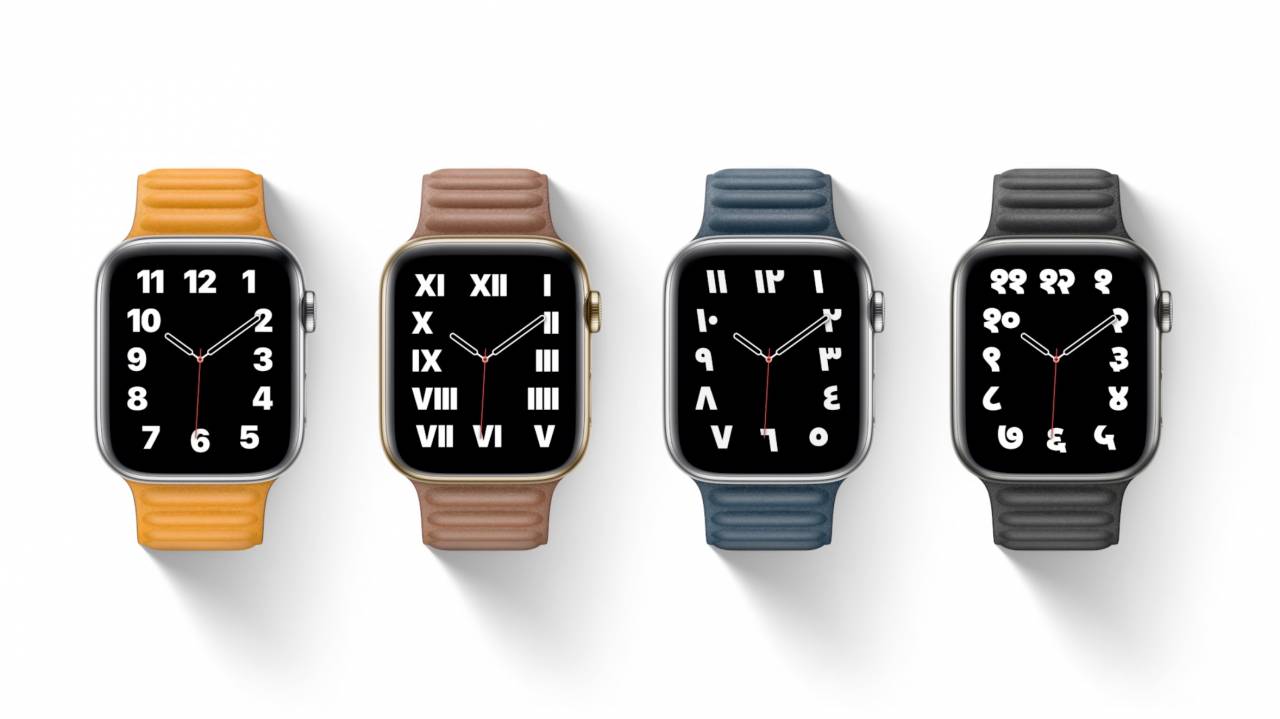 Gone, though, is the ceramic option. That’s likely to be a disappointment to some, as the toughened casing was a hit for those who can’t stand scratches. The somewhat milky finish was one of those love-it-or-hate-it things, but there’s no denying that it looked distinctive among the rest of the range. This time around, we’ll have to look to unusual Apple Watch bands to deliver that.