Samsung has a new smartwatch for your wrist, and the Galaxy Watch 3 aims to straddle fitness and fashion with some much-loved features from older wearables along with sleep and ECG tracking. Launching alongside the Galaxy Note 20, the Galaxy Watch 3 has a circular display surrounded by a physically rotating bezel, for quickly scrolling through apps and messages.

The hope is that it’ll prove a middle ground both for those who liked Samsung’s prior fitness-focused smartwatches, and those who wanted something more suited for everyday wear. There’ll be two sizes, 41mm and 45mm, and each will be offered with optional embedded LTE. 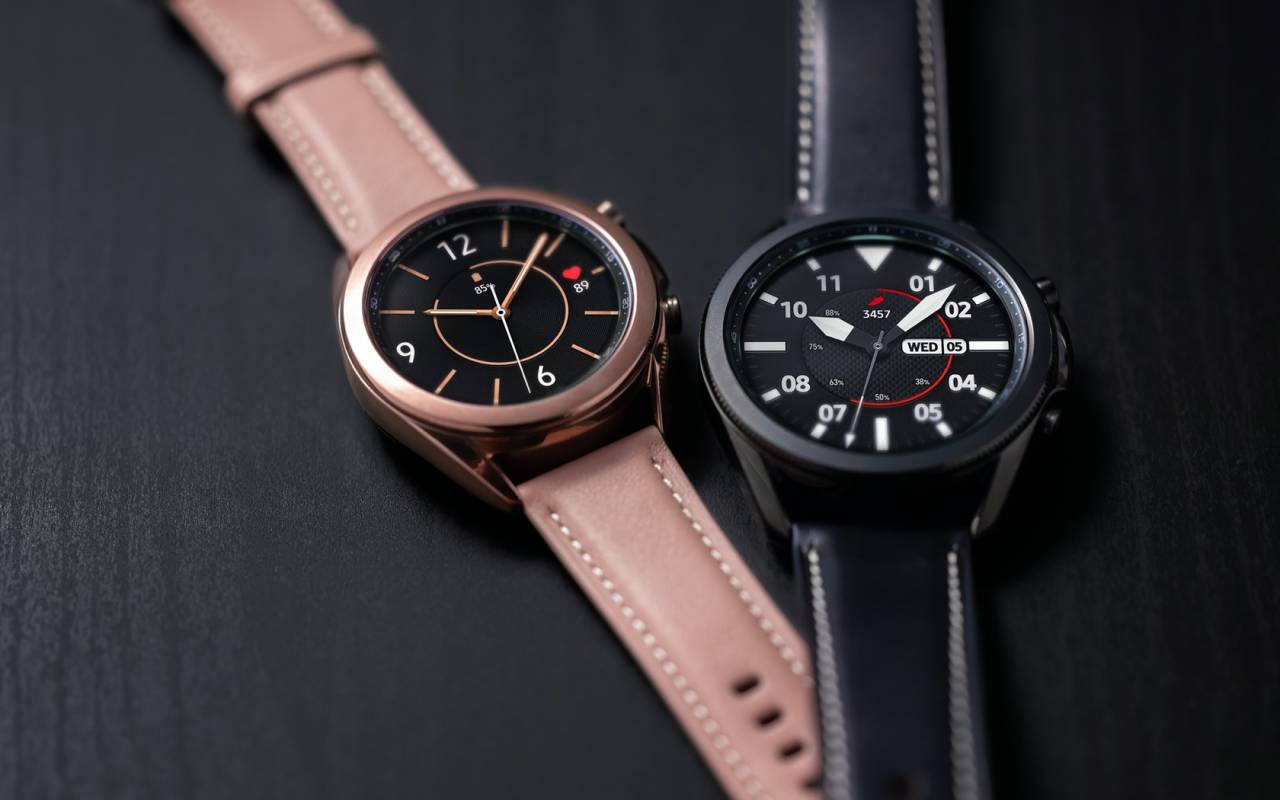 Samsung has used either stainless steel or titanium for the cases, and tapped famed watchmaker IWC for some design expertise along the way. Compared to the old Galaxy Watch, this new version is 14-percent thinner, 8-percent smaller, and 15-percent lighter. However because the bezel is slimmer, both 41mm and 45mm versions squeeze in a bigger display than before: 1.2-inches and 1.4-inches respectively. Either way they’re IP68 waterproof, meet MIL-STD-810G for resilience, and are rated for 5ATM in the water. 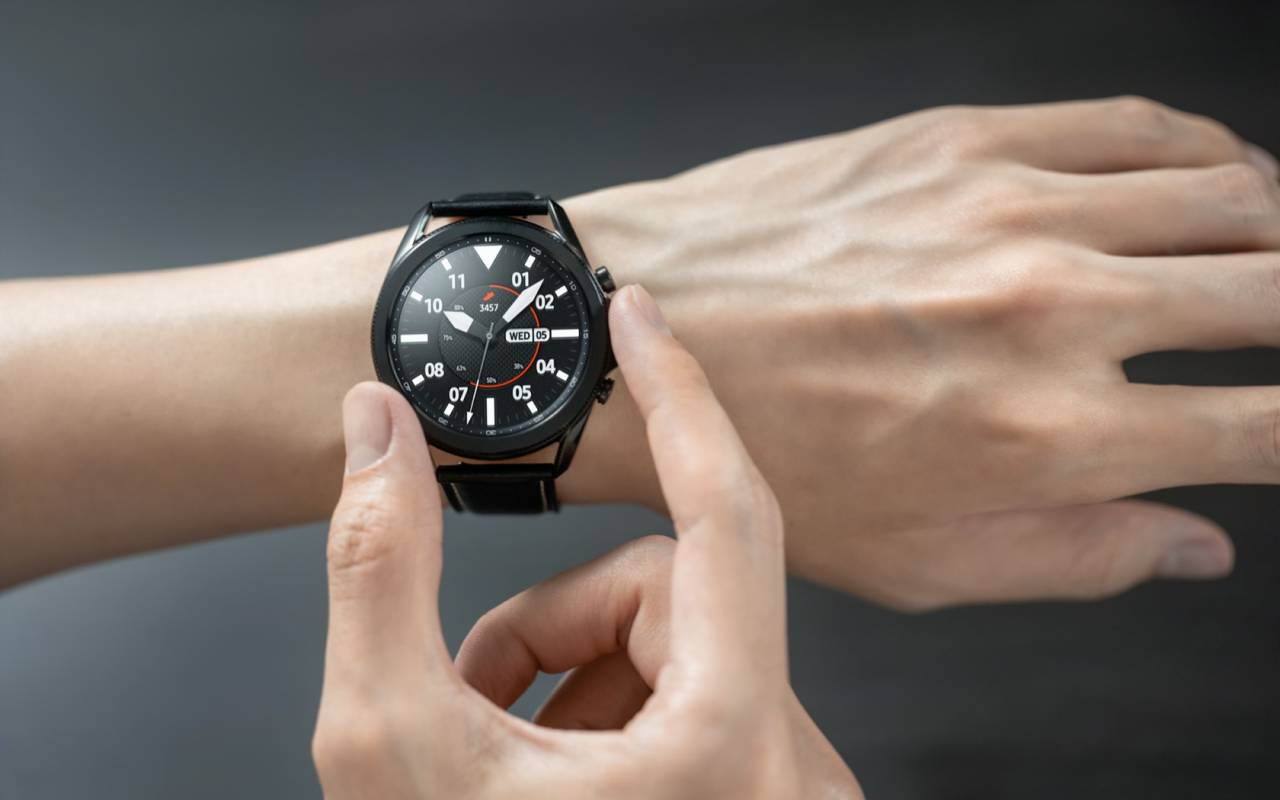 A running coach feature will give real-time feedback on pace and form, including analysis of how much vertical oscillation you’re doing, your contact time, optimum flight time, left and right balance, your regulatory, and your vertical stiffness. At the end, you get a full evaluation with more detailed metrics in the app. The Galaxy Watch 3 will be able to do VO2 Max readings on-demand as well, together with measuring blood oxygen (SpO2) levels. Samsung says the running coach, SpO2, and VO2 Max features will arrive as part of an update in Q3. 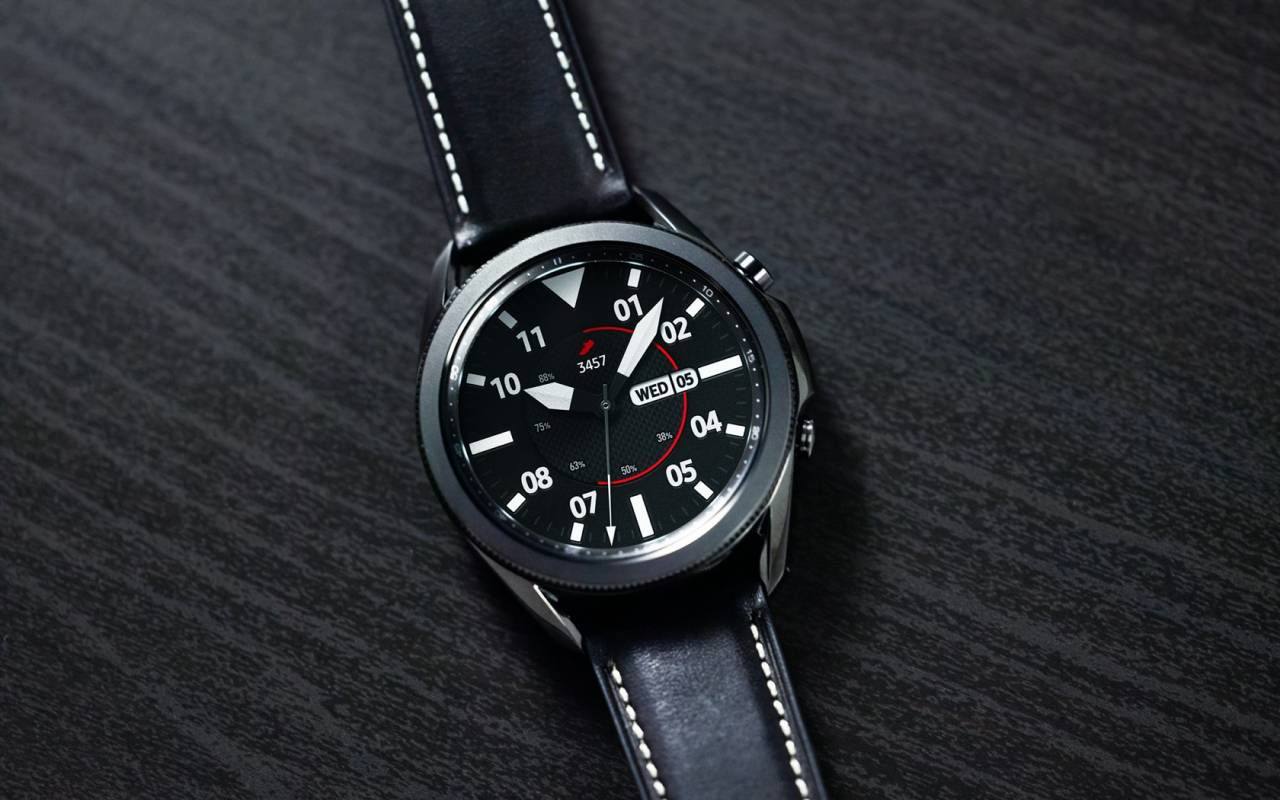 They’re not the only things which will be missing at launch. Unless you’re in South Korea, you won’t get the Galaxy Watch 3’s ECG and blood pressure tracking either. Samsung has built in electrodes so that, much as we’ve seen on the Apple Watch, you can get a read-out on whether your heart rate is normal or shows sign of Atrial Fibrillation (AFib). After being initially calibrated with a full blood pressure cuff, meanwhile, you’ll be able to get blood pressure readings from the watch, too.

They won’t be enabled in the US, however, until Samsung gets FDA approval, and it’s unclear when – or even if – that might happen. Update: In fitting “just in time” news, Samsung says the FDA has indeed approved its health monitoring features. 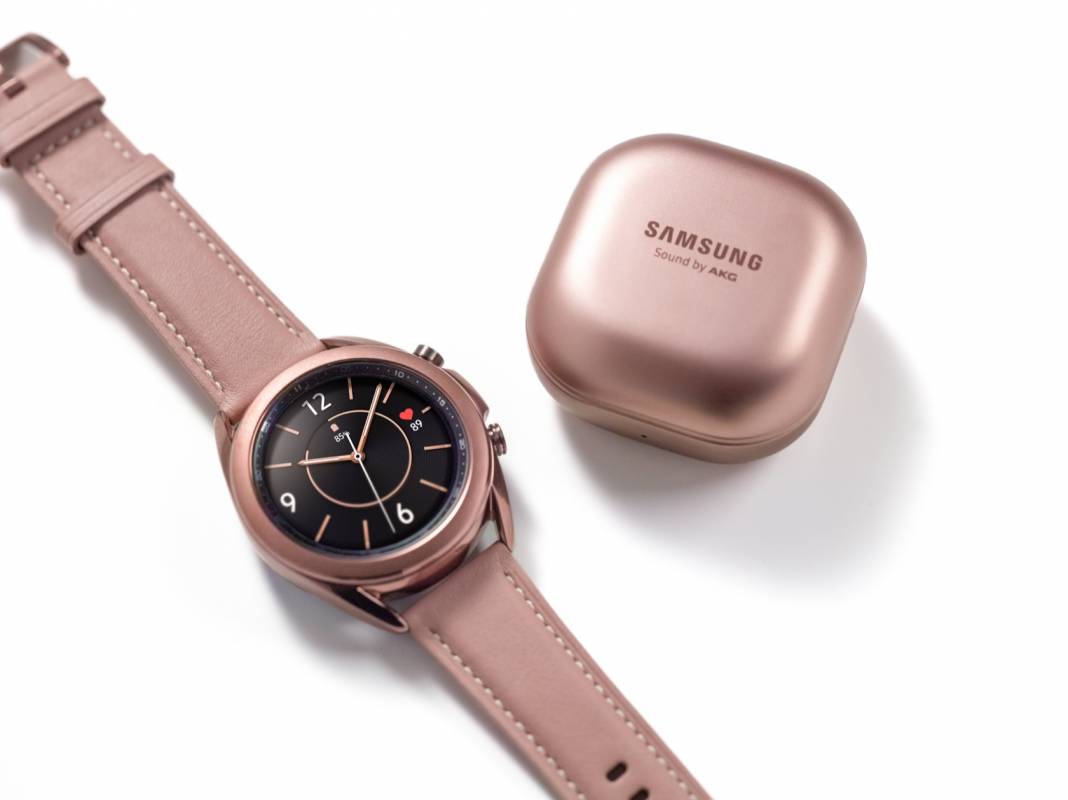 What you do get is sleep tracking, which can now break down how much rest you got into deep sleep, your sleep cycles, wake in REM, WASO (wake after sleep onset), and total sleep time. It’ll give you a rating for sleep duration, quality, and consistency in the morning. Samsung says it should be more accurate than before, since previous sleep algorithms focused predominantly on REM tracking. 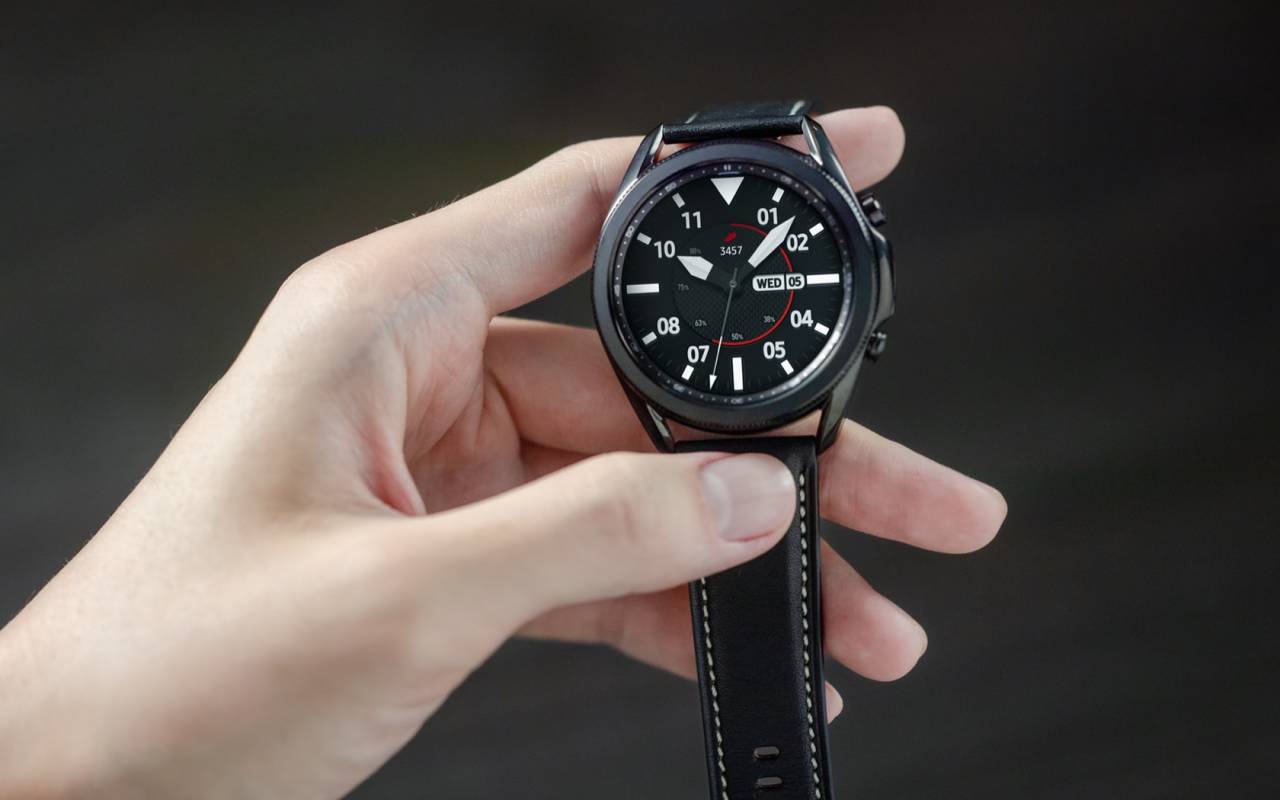 As we’ve seen from other recent product launches, part of Samsung’s strategy is to join up the dots for those with several of their devices. If you have a recent Samsung smart TV, for example, you’ll be able to synchronize the Galaxy Watch 3 with it and access 120 different workout sessions. Eventually there’ll be third-party fitness apps for the TV mirroring system, too. 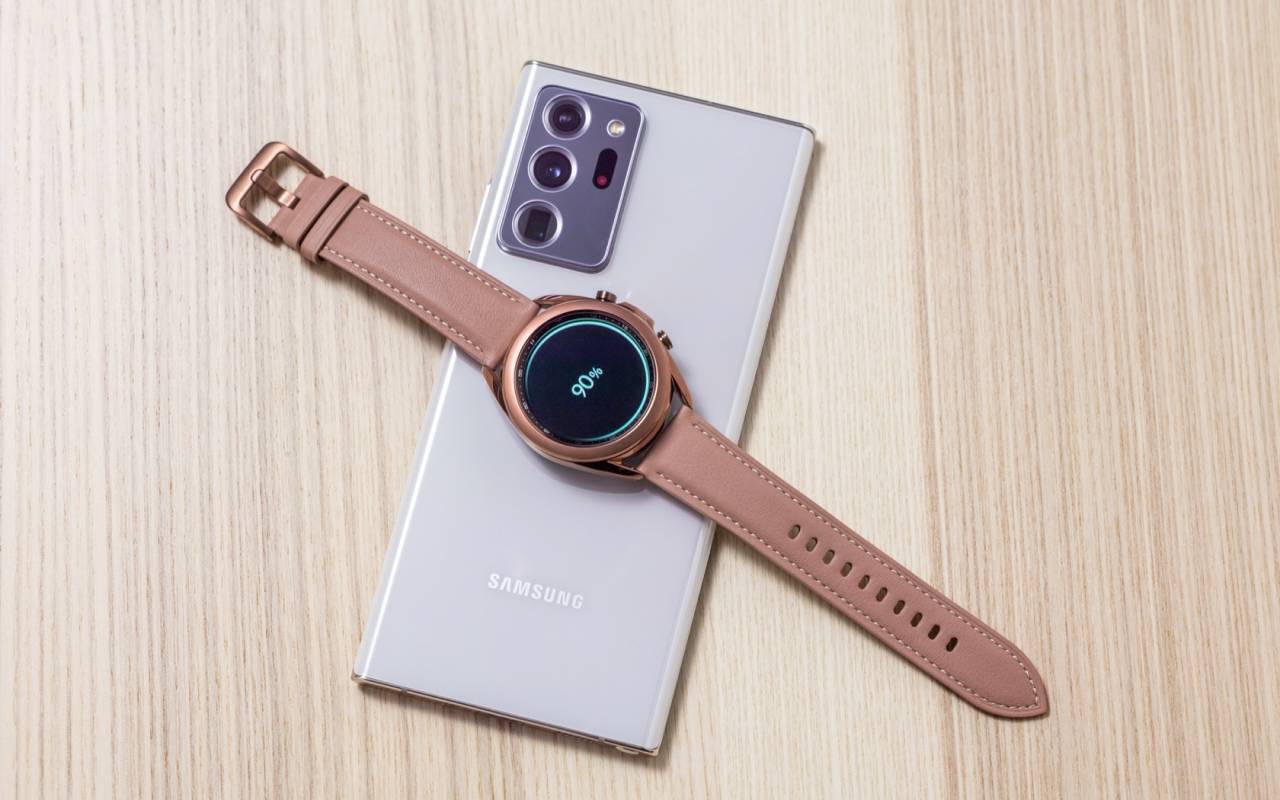 The optional LTE can be used for messaging, calls, notifications, and for streaming music. Both LTE and non-LTE versions have Samsung Pay – using NFC but not MST – and you can also use the Galaxy Watch 3 to remotely control your smartphone’s camera. 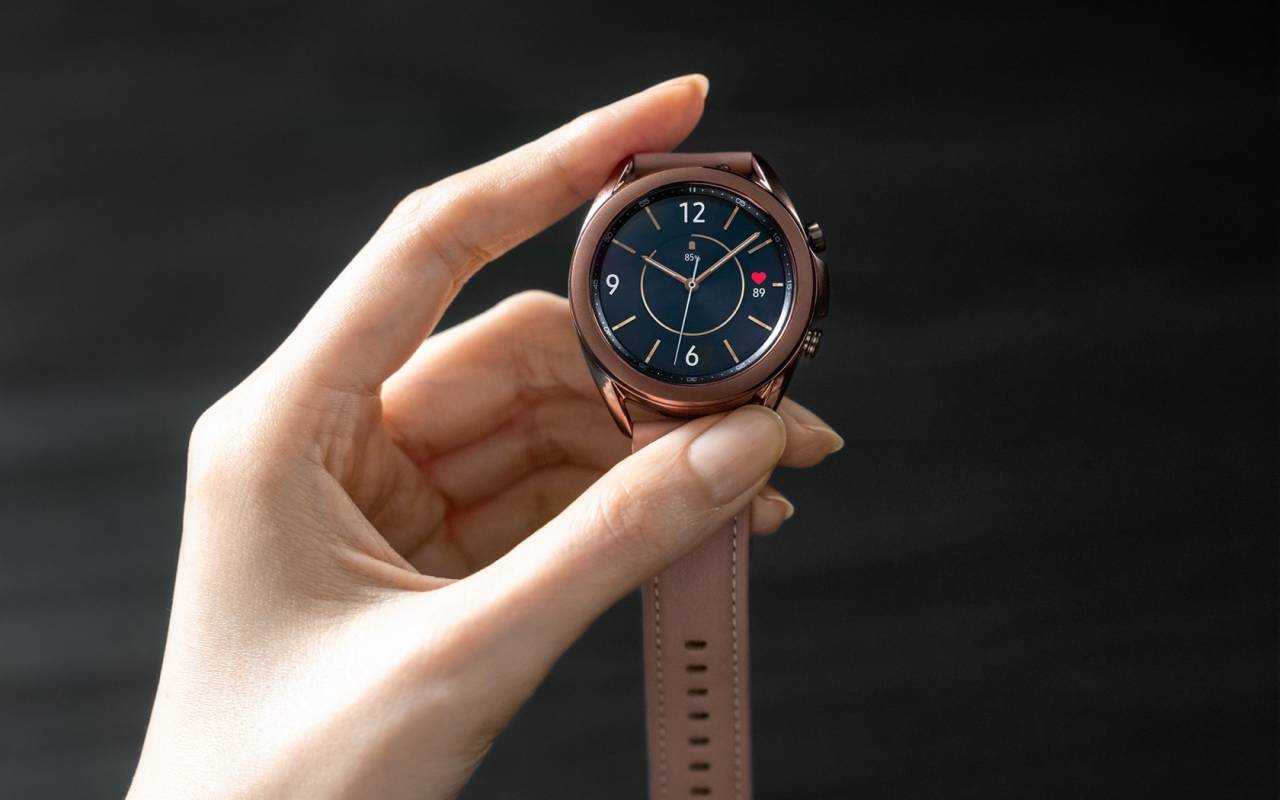 For straps, there’ll be a matching color band in the box, while the titanium Mystic Black watch will get a metal band. Samsung will have a range of its own official replacement bands, but since the Galaxy Watch 3 uses a regular watchband clasp – 20mm on the 41mm watch; 22mm on the 45mm version – you can use pretty much any third-party strap you might want to. 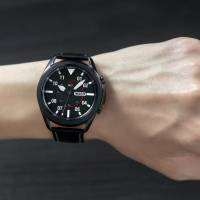 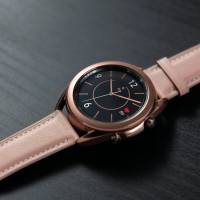 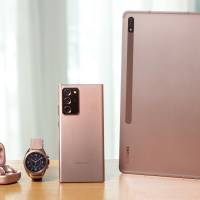 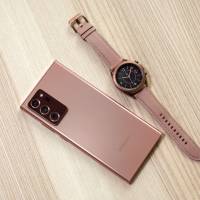 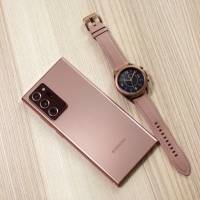