Samsung may face HTC-like block by Apple next

This week we’re seeing one gigantic slip in stock prices for HTC as Apple’s complaint to the ITC has two of their next hero phones blocked from being shipped to the USA – now we must ask if Samsung’s Galaxy S III will be next. What we’re seeing here is the HTC One X as well as the HTC EVO 4G LTE being blocked by “a standard U.S. Customs review of shipments that is required after an ITC exclusion order.” This information comes straight from HTC who note that the proposed infringement comes from a dialer app that comes pre-installed on HTC mobile phones. This order dates back to December of 2011 between HTC and Apple when the order was sent down that the order on the case would be delivered no later than April 19th, 2012: this affecting at this point just these two HTC devices thus far.

This order is rather specific and affects HTC smartphones only at the moment, but do remind us of similar cases which have taken place between Apple and Samsung both here in the USA and abroad. What Samsung must consider at this point is how important it is to get the Samsung Galaxy S III to the United States on time without the delays they faced (for reasons other than legal) when they released the Galaxy S II. Because HTC faces these delays without a warning to their stock investors far in advance, stock prices have fallen.

If Samsung faces similar legal issues, it would be more than just advisable for them to let the public know before USA launch draws near. The HTC One X and the HTC EVO 4G LTE are already in reviewers hands here in the USA (we’ve got them right here on the review bench) so we’re guessing that sales shouldn’t be too far behind, but a delay for Samsung might have an even greater affect on their stock than HTC’s only because Samsung has had their fair share of run-ins with Apple in legal matters such as these in the past. 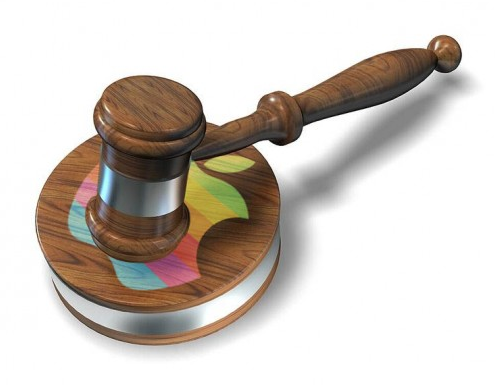 All that said, there are currently no immediately apparent cases pending that we are aware of that would put Samsung in the same situation HTC is in at the moment. In fact the last we heard of Apple attempting to ban a Samsung device for sale here in the USA, it was banned by US courts as “not clear that an injunction on Samsung’s accused devices would prevent Apple from being irreparably harmed.” With the Samsung Galaxy S III and the next iPhone (perhaps the iPhone 5) on the way, expect whisperings of similar legal matters to crop up again in the near future.