Samsung has made its flagship foldable cheaper, slicing pricing for the Galaxy Z Fold 2 as part of its 2021 push to make the new form-factor more affordable. The starting price for the cheapest Galaxy Z Fold 2 is now $200 less, though it’s still among the most expensive options on the smartphone market today.

Launched in mid-September 2020, the phone slipped in just under the $2,000 mark – albeit only by a single cent. Now, Samsung is trimming that to $1,799.99, both direct and via retailers such as Amazon.

Your money gets you the 256GB model, with a 7.6-inch foldable display inside and a second touchscreen on the front for interacting with Android while the Galaxy Z Fold 2 is closed. There’s a primary 12-megapixel camera on the back, and a 10-megapixel sensor camera. You get 5G support too, with compatibility with both Sub-6 GHz and mmWave types.

Two color options are available, Mystic Black and Mystic Bronze. It’s also worth noting that Samsung offers a 100 day return policy on the Galaxy Z Fold 2, so you can try out the foldable lifestyle and then return it if you discover the phone simply isn’t for you. 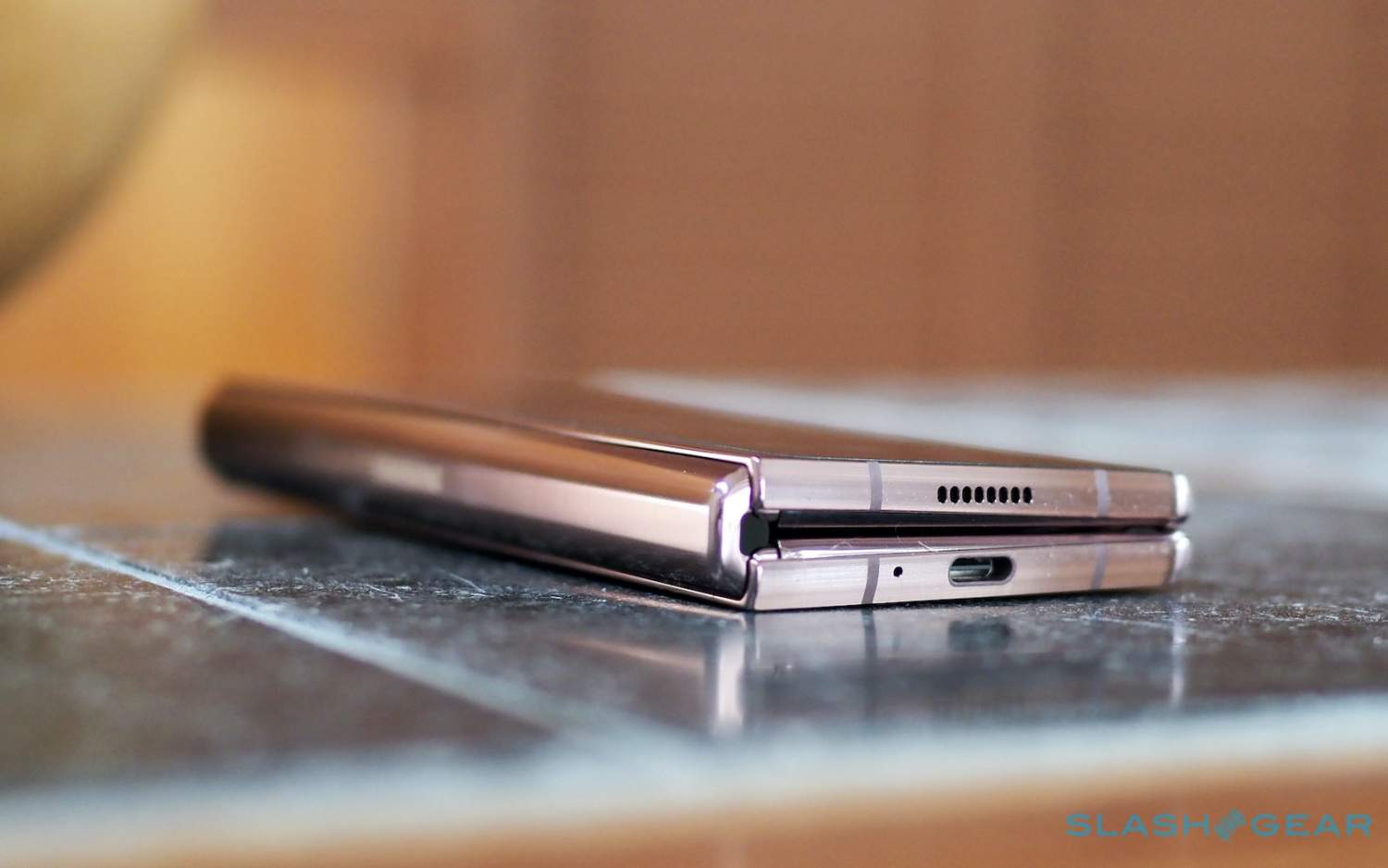 That might be because it’s still fairly thick and heavy, given the moving parts involved in making a screen hinge. All the same, the functionality on offer is fairly compelling: being able to get a tablet-esque display in a relatively pocketable handset can be a real boon to productivity. Tweaks to Android allow for split-screen and multi-app use, though not all third-party software plays entirely nicely with the system.

2021 is the year for foldable technology being pushed into the mainstream, or at least further that way, Samsung has argued. While its earliest Fold family devices had premium price tags, the goal is to drive down the sticker and hopefully coax users into upgrading for the new form-factor. To do that, we’re expecting to see a number of new models launching over the course of this year.

The Galaxy Z Fold 3 is expected to remain at the flagship end, as Samsung tests out its most ambitious features. However the co-existence of the Galaxy Z Flip series – smaller clamshells with horizontal hinges rather than vertical – suggests a cheaper option there could make the range a little more attainable.

Of course, Samsung isn’t alone in trying to cash in on the interest in foldable devices. Huawei and Xiaomi have recently announced models of their own, though limited availability – at least officially – in the US may make them less relevant to consumers here. Meanwhile, LG’s planned rollable phone is looking increasingly unlikely to launch, as the company reportedly prepares to shutter its whole mobile business.