This week we’ve gotten the opportunity to have a close-up look at both the AT&T version of the Samsung Galaxy S 4 Active and their official wireless charging kit for the original Galaxy S 4. The Charging Kit you’re seeing here works with the Qi standard for wireless power pushing and has an extremely simple look to it. Should you want to use this kit for the Galaxy S 4 (complete with official backside casing replacement) or for a device like the Google Nexus 4, you’re in luck: it’s not half bad.

The station itself works with a rubbery top end with a light that turns on when you’ve got a phone that’s able to work with it connected successfully. This machine is powered itself with a standard Samsung-made microUSB cord connected in turn to a wall plug. This whole setup comes in one color, too: gray. 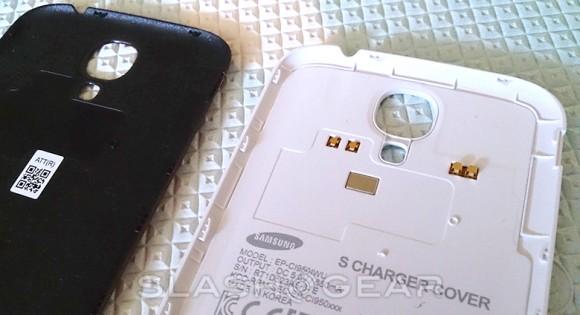 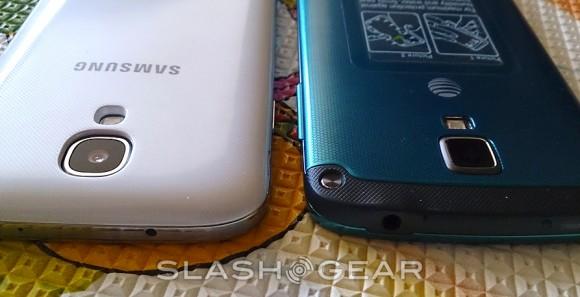 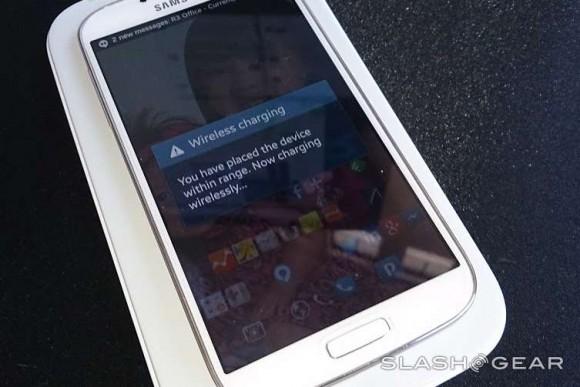 You’ll want to have a peek at how much thicker this casing makes the Galaxy S 4, on the other hand, if you’re the sort that goes for the thinnest possible solution. At the moment, this sort of add-on for the Galaxy S 4 is your only way in to wireless charging – unless, of course, you want to make some home-made hardware hack magic. Whatever you like!