LG announced what they call the “world’s smallest” wireless charger for smartphones here at Mobile World Congress in Barcelona. We ended up getting a peak at the new accessory just to see how small it really is. The result? It’s not necessarily tiny by any means, but it does shave off a few centimeters compared to other wireless charging devices.

The hockey puck wireless charger, dubbed the WCP-300, charges up Qi-compatible devices, like LG’s own Nexus 4, Spectrum 2, and Optimus G Pro, and it sits at just 6.9cm in diameter. The back plugs into a traditional microUSB port in order to feed juice to devices wirelessly. However, only the Spectrum 2 and the Nexus 4 support the wireless charger in the US. 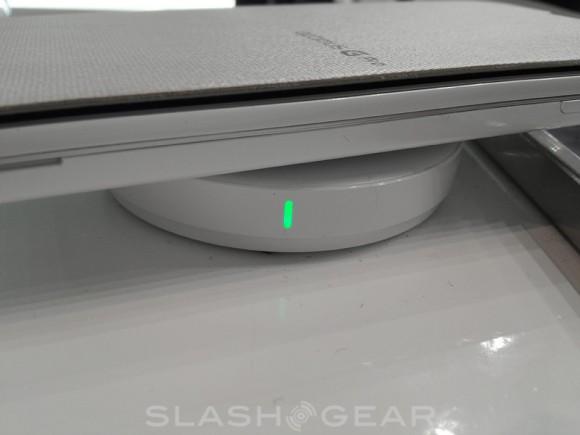 LG will be releasing the wireless charger in South Korea this week at a price of 65,000 won (around $60). However, the company expects to roll out the accessory worldwide over time, so it’ll arrive in the US at some point this year we’re hoping. Plus, $60 isn’t too bad of a price for the world’s smallest wireless charger, so hopefully LG keeps it that way when it eventually comes to the US.