Samsung’s foldable smartphone may not have been on show at CES 2019 this week, but it reportedly did get a sneaky preview to a few lucky people – some of whom have now spilled details on the AMOLED clamshell. The as-yet unnamed folding phone, which could launch as the Samsung Galaxy Fold, was previewed by the company in late 2018.

Back at the Samsung Developer Conference, the smartphone got only the briefest of exposures on-stage. Samsung did discuss some hardware details, however, as well as how the Android software would handle transitioning between different displays.

On the outside of the folded phone will be a 4.58-inch panel, which Samsung refers to as the Cover Display. That runs at 840 x 1960 resolution, and can be used to check apps, see caller ID and media information, and generally navigate through Android like a normal device. However the more interesting screen is inside. 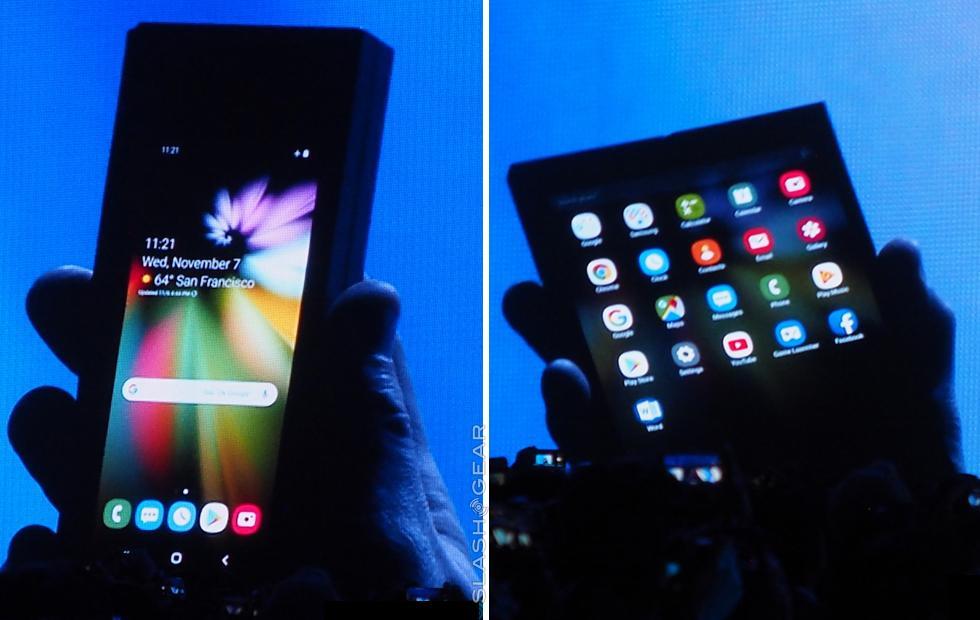 Unfold the phone, and the Main Display is 7.3-inches and 1536 x 2152 resolution. Apps will seamlessly transition between the two, revealing more data on the Main Display or, conversely, paring the UI back to the essentials when the Galaxy Fold is closed and the Cover Display its used. The so-called folding Infinity Flex Display will also support multitasking, with several apps on-screen at once.

So far, so interesting, but actual first-hand experience with the Galaxy Fold has been in short supply. Samsung, though, demonstrated some of its latest prototypes to clients at CES 2019 this week, and one of those has slipped some details about the experience to The Korea Herald. In the process, some of the earlier leaks – and some of the concerns – have been confirmed.

“When unfolded, Samsung’s foldable phone does not show any crease indicating it had been bent,” the insider suggests. Indeed, the panel feels smooth to the touch, without a ridge where it bends.

“However, completely folding the device will lead to breakage,” the insider continues. “For this reason, Samsung is testing the device so that the sides remain slightly lifted when folded. The prototype seen today leaves a crease mark when being folded, but this issue will be fixed in the finalized version.”

It’s unclear exactly how this “slightly lifted’ design will work. One possibility Samsung has clearly considered before is a tri-fold design; indeed, the company holds a number of patents for such a form-factor. There, rather than bending the Infinity Flex Display down the center, it actually allows it to curve within the body of the clamshell device.

While Samsung’s demos may have been private, there’s apparently not long before we see the full smartphone in all its glory. Sales are expected to kick off sometime in the first half of 2019.