Folding displays are a mainstay of science fiction, and now Samsung is readying the tech to make gadgets with screens that bend or roll. The company has been working on flexible OLED for some years now, one of several manufacturers hoping to solve the consumer conundrum of people who want increasingly large displays in smaller and smaller form-factors. Problem is, it’s not just about having a panel you can bend.

For instance, Samsung showed off a rollable OLED panel last year. A 5.7-inch prototype running at 1920 x 1080 resolution, it was able to curl itself into a bar roughly the diameter of an old canister of 35mm film. The panel itself was only 0.3mm thick – albeit without a touch layer or any sort of fingerprint protection – but the more important figure is the so-called rolling radius.

That’s the measurement which describes how tight a bend the display can support and not snap or crack. In the case of Samsung’s prototype that was 10R, which means it could be rolled into a tube with a 10mm radius.

The question, therefore, is how you could accommodate a rolling radius in a device that folds over like a clamshell. A clean bend is clearly not going to work, leading to expectations of a more gradual curve not dissimilar to the profile of Microsoft’s Surface Book. There, the multi-section mechanical hinge closes without bringing its very edges together. 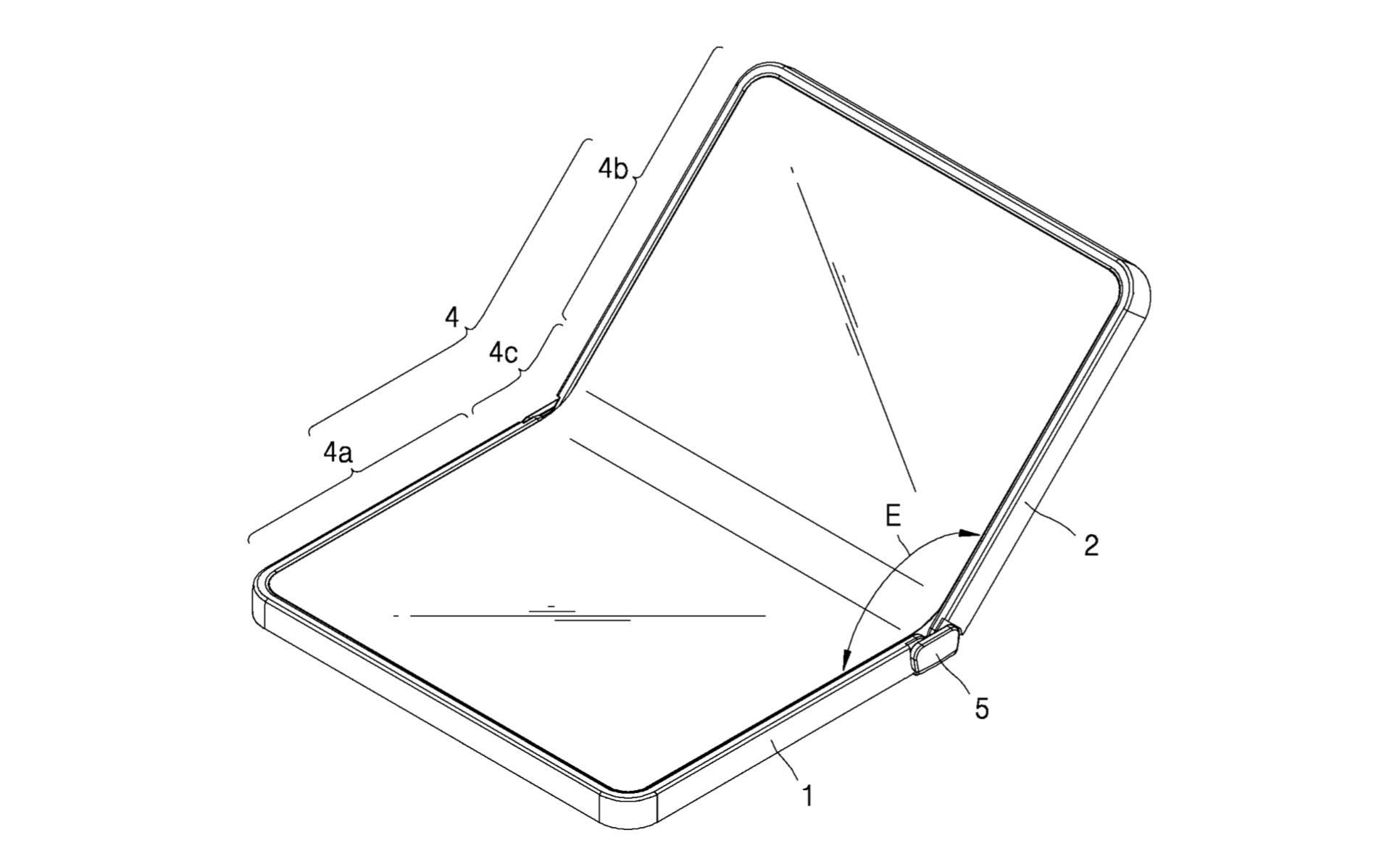 While that works for a notebook, people arguably have different expectations for a smartphone or a tablet. That’s where Samsung’s latest patents, awarded earlier this week by the US Patent and Trademark Office, come in. They describe a method by which you could have a clean-folding hinge yet still safely accommodate a flexible display’s rolling radius.

Basically, Samsung’s solution is a hinge which closes while leaving a cavity; into that cavity, the broader curve of the folded display has room. The rolling radius of the flexible screen therefore is accommodated while the device overall can be closed completely, rather than leaving a Surface Book-style gap. When opened, Samsung suggests, supports integrated into the two halves could slide out or otherwise emerge, to support the central point where the display flexes.

A second patent explains further how that support – and the multi-sectional hinge – might work. There, Samsung outlines something akin to a three-party cabinetry hinge, which could be used to connect two or more panels while still having them unfold completely flat. Importantly, the folding area is kept at a constant length, too, by internal axles moving along guide lines. 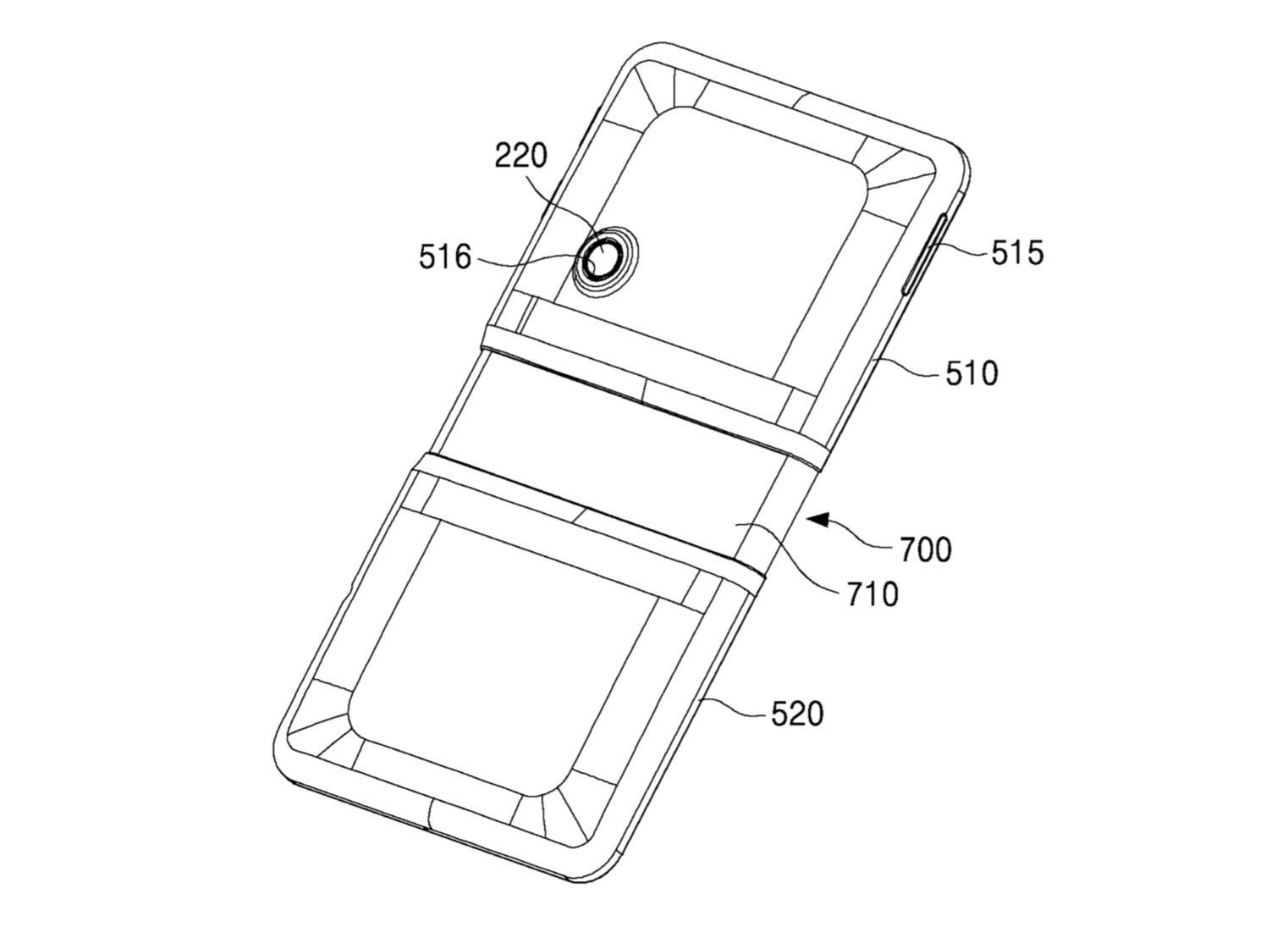 Getting a foldable display right could have some big implications. Samsung has long been rumored to be working on a folding smartphone, which would use a single large display in a device that could collapse down to a more pocket-friendly form factor. Today, meanwhile, leaks suggested Microsoft is working on a clamshell tablet of its own, an up-to-date interpretation of the old Microsoft Courier concept, which would work as a digital journal and note-taking device.