The Microsoft Courier folding notebook-tablet may finally be getting its launch as a new Andromeda tablet, almost a decade after the ill-fated project first leaked. Way back in 2009, word broke of a skunkworks project within Microsoft developing a twin-touchscreen device that would fold, like a traditional paper journal. Dubbed Courier, it went on to become one of the most popular Microsoft concepts among would-be users.

Courier, so the leaks suggested, would put pen and ink at the forefront. With two displays, it could be used for both browsing the web and note-taking, in addition to annotating and snipping content that would be stored in Microsoft’s OneNote app. The goal, it was said, was an “infinite journal“: a single, virtual notebook that would be referenced by an all-seeing search tool.

The reception was broadly positive, but Microsoft eventually shelved the idea. Meanwhile, Apple launched its first generation iPad, with Steve Jobs notoriously slamming the idea of stylus-based interaction with touchscreens. It’s only in recent years, as the growth of digital inking on Windows 10 devices like Microsoft’s Surface, and ironically on the iPad Pro with Apple’s Pencil, that users have become more willing to embrace the pen.

Now, according to Windows Central‘s sources, Courier’s ghost could return to give us another option. They’ve heard whisper of a so-called “Microsoft Andromeda” device, a prototype foldable tablet running Windows 10. It would take advantage not only of new hardware, but of two software projects that have been simmering away within the company.

One is Windows Core OS, which was previously known as Andromeda OS. That’s believed to be a more flexible platform for Windows 10 devices, effectively modular so that device-makers can cherry-pick the right functionality for their hardware and services while avoiding bloat. Where Windows 10 for the desktop and Windows 10 Mobile used a couple of universal elements but were otherwise unique, with Windows Core OS a manufacturer could take a handful of modular, purpose-specific building-blocks that would work with the same Windows 10 core.

At the same time, the Windows Shell or “CShell” would bring Microsoft’s interface right up to date. It’s expected to better scale the UI – from the Start menu and task bar, to the windows that individual apps use – across different form-factors and screen sizes. Vitally, its adaptability takes into account form-factors that change while in use.

Andromeda the foldable tablet would be a prime example of that. According to the sources, it’s designed to collapse down to something akin to a smartphone in size – more pocket-friendly than a tablet – then open up to maximize inking potential. Exactly what that folding mechanism will entail is unclear: it could be two separate panels with a central hinge, or a new display technology that actually bends or rolls. Samsung, for instance, has been showing off its rollable OLED, and with CShell adjusting the UI according to how much of the panel was unfurled, you could go from a pared-down UI to a much larger one automatically.

Actual specifications are in fairly short supply. Cellular connectivity is believed to be onboard, supporting calling and messaging, though Microsoft isn’t believed to be intending to pitch Andromeda as a smartphone replacement. Instead, it’ll push OneNote to the fore, and indeed some prototypes are said to automatically open up the note-taking app as soon as they’re powered on.

That won’t preclude other Windows apps, mind. Under the hood, a Qualcomm Snapdragon processor is likely, since this will be Windows on ARM. Screen size, battery life, cameras, and other details are all unknown. 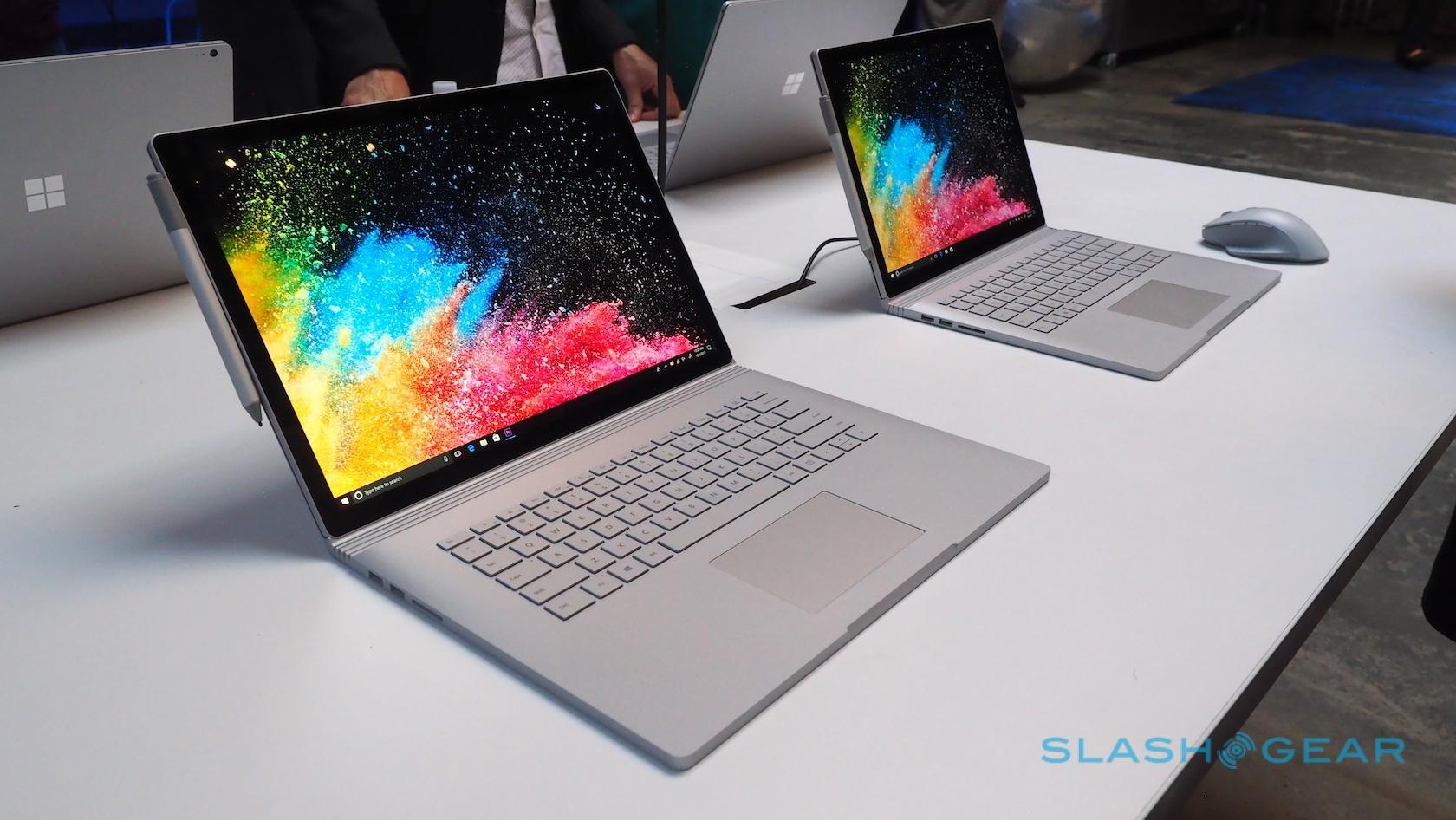 Still, it’s enough to get us seriously excited. Microsoft’s Surface team has been producing some deeply impressive hardware over the last few years, most recently the new Surface Book 2, having its own displays manufactured and experimenting with form-factors like 2-in-1 tablets that detach from their keyboards in interesting ways. That hardware has served a double-purpose, not only pushing Windows 10 as a desirable platform with notebooks and desktops to match, but encouraging Windows OEMs to raise their game too.

A folding Surface notebook, making abundantly clear the power of Windows Core OS and CShell, while looking unlike anything Apple or others are making, seems like a fitting next step for that team and, frankly, a challenge that suits pen-obsessed Microsoft to a tee. According to the sources, we could see Andromeda sometime in 2018.