Today we’re taking a look at the Razer Phone, the first smartphone made by the company By Gamers, For Gamers. We’ve gone over some of the details on this device in brief already – like when and how you’ll be able to get one. But why would you want such a phone? What makes this smartphone different from the rest?

The display on this smartphone is 5.7-inches diagonally with 2K resolution – AKA 1440p, just like most other top-level smartphones on the market today. Instead of OLED, the likes of which are used on the Galaxy S8 and Note 8 as well as the Pixel 2 XL and the iPhone X. Instead, Razer Phone uses an LCD. 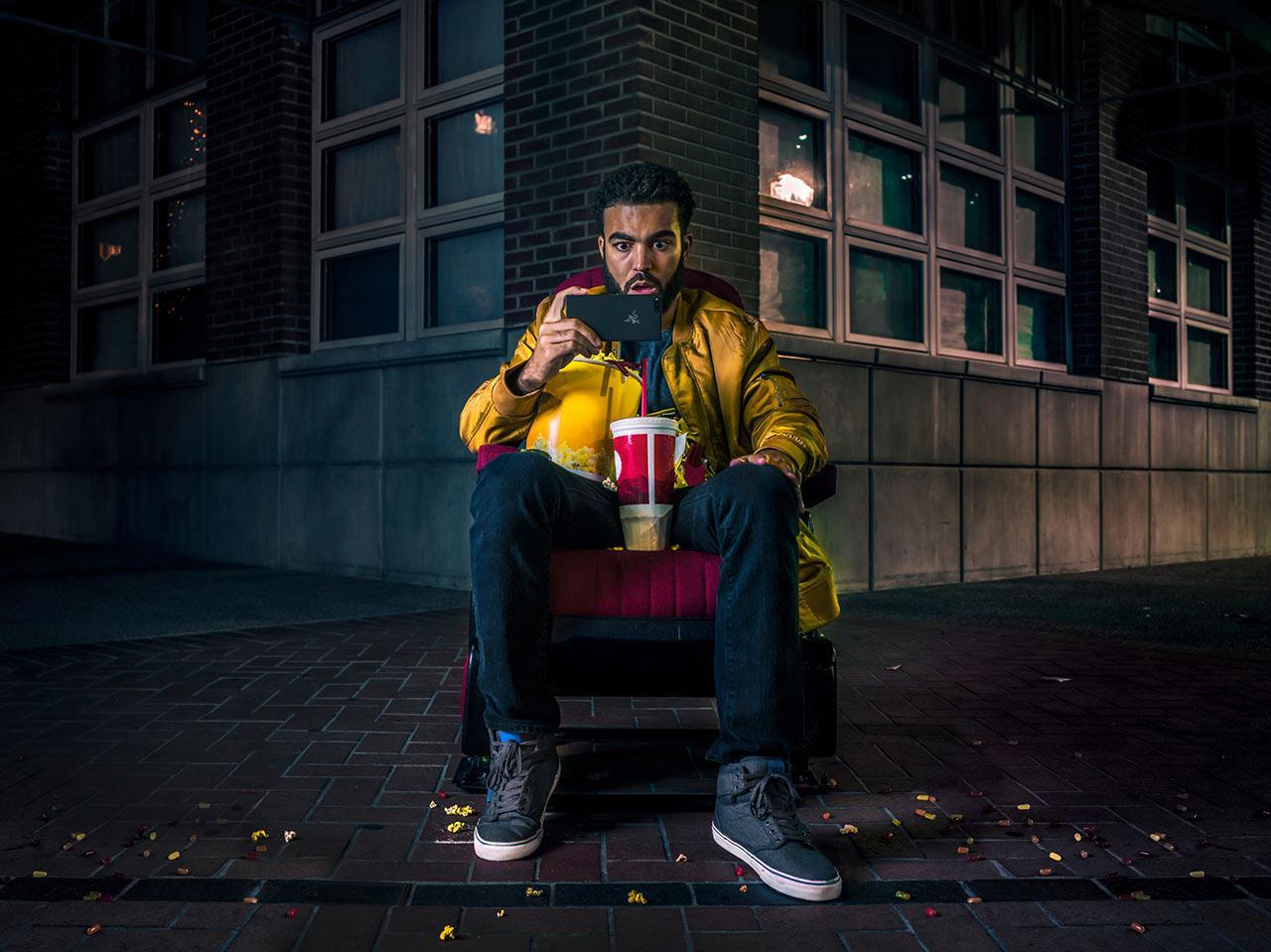 Razer uses an LCD to avoid ghosting. When a display operates at 120Hz, there’s a real possibility of ghost images appearing on the display when an OLED display lights up. The LCD on the Razer Phone doesn’t appear to have that problem.

As this smartphone is 120Hz-capable, mobile games without framerate limits are about to get a whole lot more awesome. Some of the games on the Google Play app store that’ll benefit from this ability to jam more frames into a smaller amount of time include: Titanfall: Assault, Tekken, and Final Fantasy XV.

The Razer Phone has its own unique settings that allow users to choose their max framerate. Kicking the framerate down to more standard levels will invariably make battery life better. We’ll have to see if the difference is truly significant once we get to our full review!

3. Fingerprint Scanner on the side

Just like the Nextbit phone before it, this smartphone has a fingerprint scanner under its power button. The power button is planted on the side of the phone, cut flush with the side for optimal sleekness. While we’re partial to that unique green flare Nextbit used here, black on black will have to do!

As this device has a lovely 24-bit DAC, it’s able to provide far more audio resolution than phones that do without. For those of you that never listen to music through your smartphone’s headphone jack, this won’t matter. Razer’s headphone audio here is provided by a USB-C converter since it does not have a headphone jack, mind you. Razer says that the phone’s DAC is THX certified – which we would certainly hope, since they own THX. 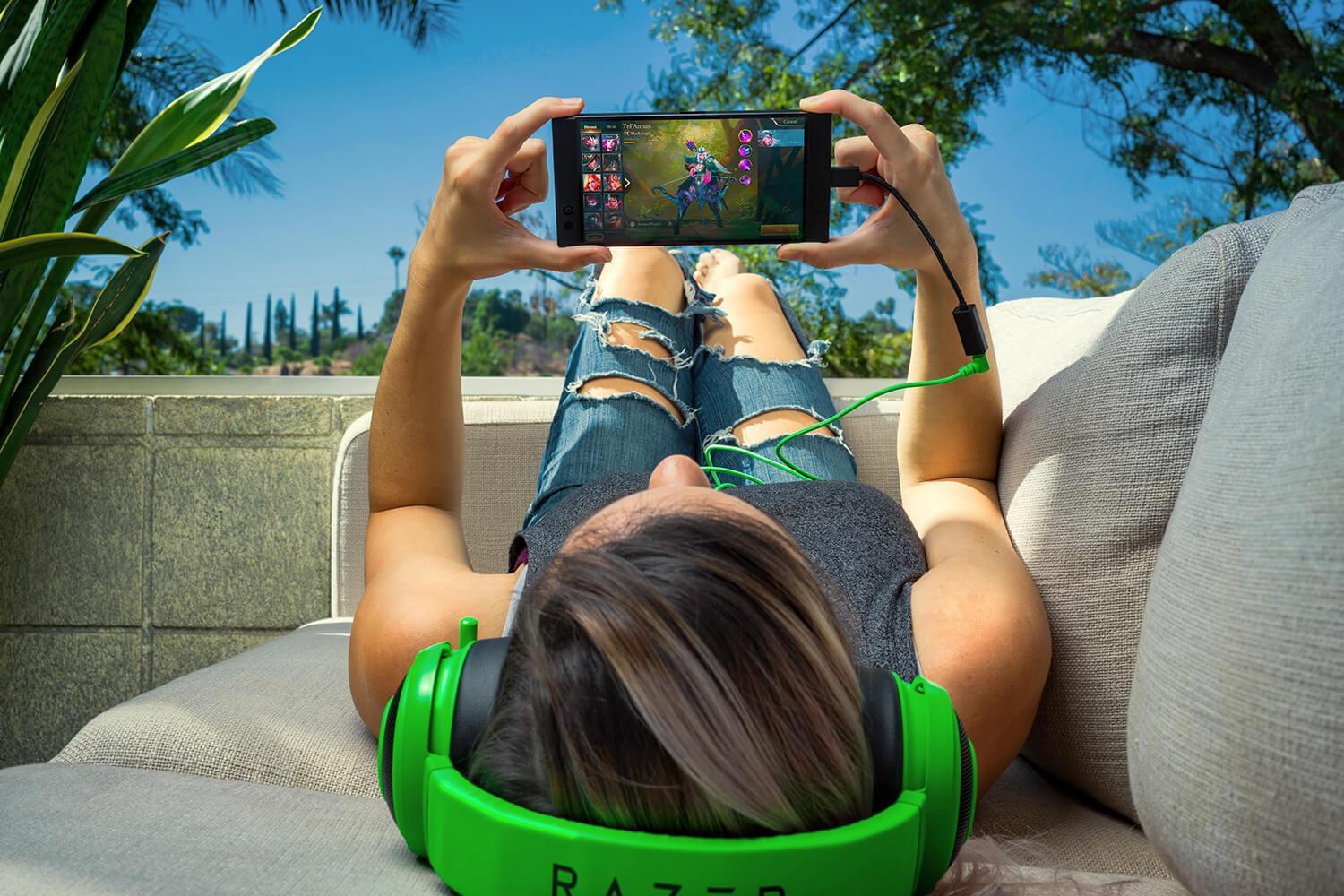 These two front-facing Dolby ATMOS (stereo) speakers have dual amplifiers as well. They’re big time – and they’re a welcome change to the big lack of front-facing speakers on the market today. Razer isn’t the first to do it, but right now it would seem they’re about to do it best. Once this device is out, I recommend you have a peek at the Archive.org collection of 24-bit music – just so long as you download the files as FLAC.

5. Bezel with a Purpose

The bezel above and below the display on this smartphone is there for a good reason. There lie two front-facing speakers, just in case you’re not all about that headphone business. This area also provides a good place for your thumbs to rest while you’re jamming away on whatever game you’re going at, as long as it plays in landscape mode. 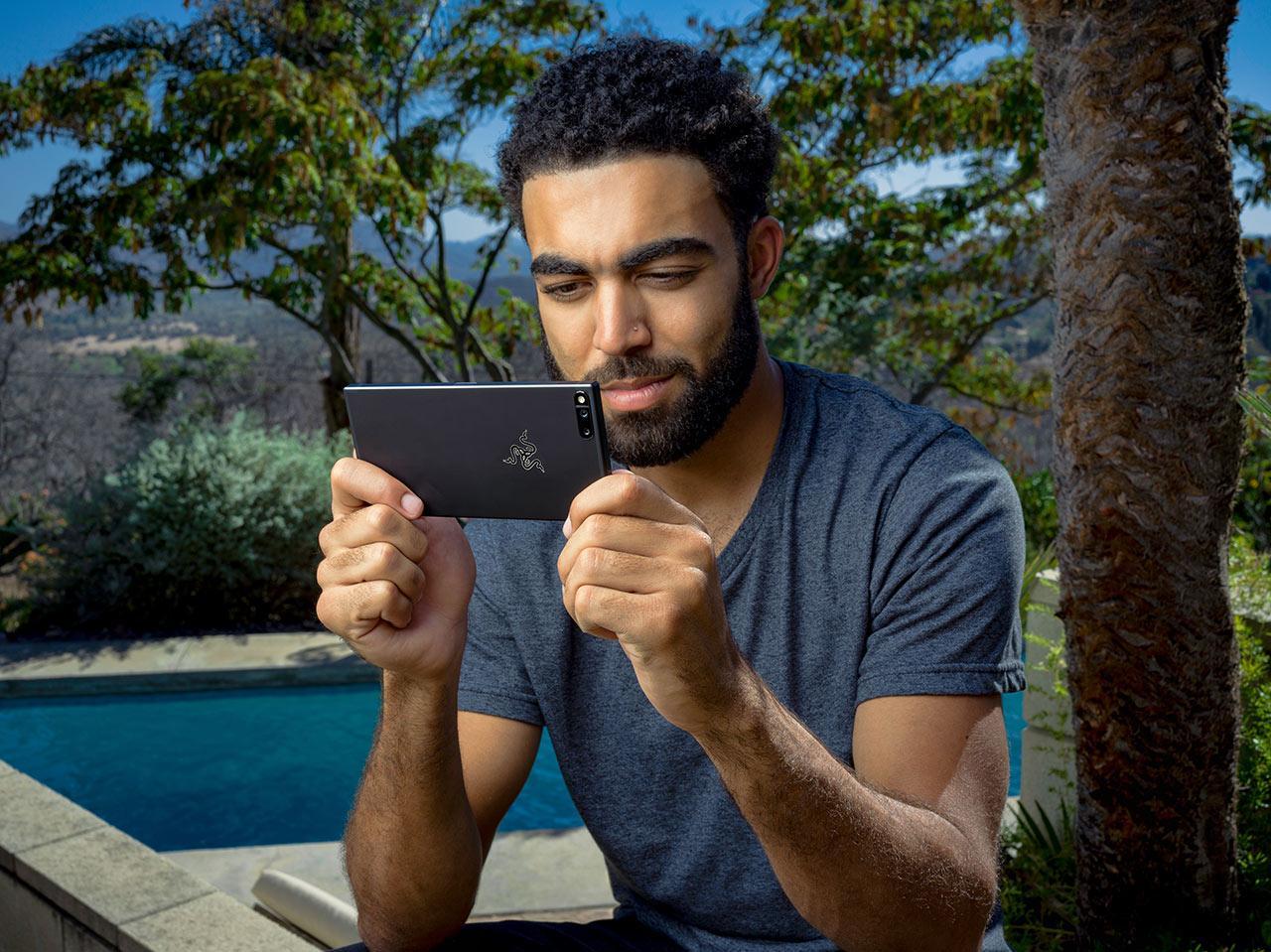 Stick around as we gather more information on this smartphone and advance into the future with a full review – soon!