Pixel 4: Why no earbuds in the box is a good thing

The Google Pixel 4 doesn’t include a pair of earbuds in its box, no headphone jack, and no 3.5mm headphone adapter for USB-C. My first reaction as a tech news reporter and reviewer of products is to cry foul! We’ve come to expect that we’ll get certain things when we buy a smartphone, and those expectations are being changed for us, right before our eyes! But there’s a bright side to some of this.

Over the past decade, we’ve generally seen companies deliver devices in boxes that include everything they need to get up and running. Generally that means we’ll get a smartphone, a USB cord either separate from or hard-wired to a wall charger, and a pair of earbuds.

Headphones, if that’s what you prefer to call them, have appeared in most smartphone packages over the past decade. They’re expected – but it would appear that Google’s seen an opportunity in the removal of said accessories from the basic box.

Take a peek at the article ‘One last (semi-secret) reason Apple bought Beats’ and you’ll find that there’s a very clear reason why Apple removed the headphone jack. They had to make a big deal out of this removal because they’re one of the most major smartphone makers in the world and they release a fairly consistent hero product every year. This had to be a big change, regardless of when it happened.

Smartphone companies around the world will soon – or SHOULD soon – stop including headphones/earbuds in the box with their smartphones, tablets, and etcetera. Because of the worldwide smartphone market’s explosion over the past decade – especially in the past few years – we’ve got massive amounts of headphones and earbuds flooding the market. 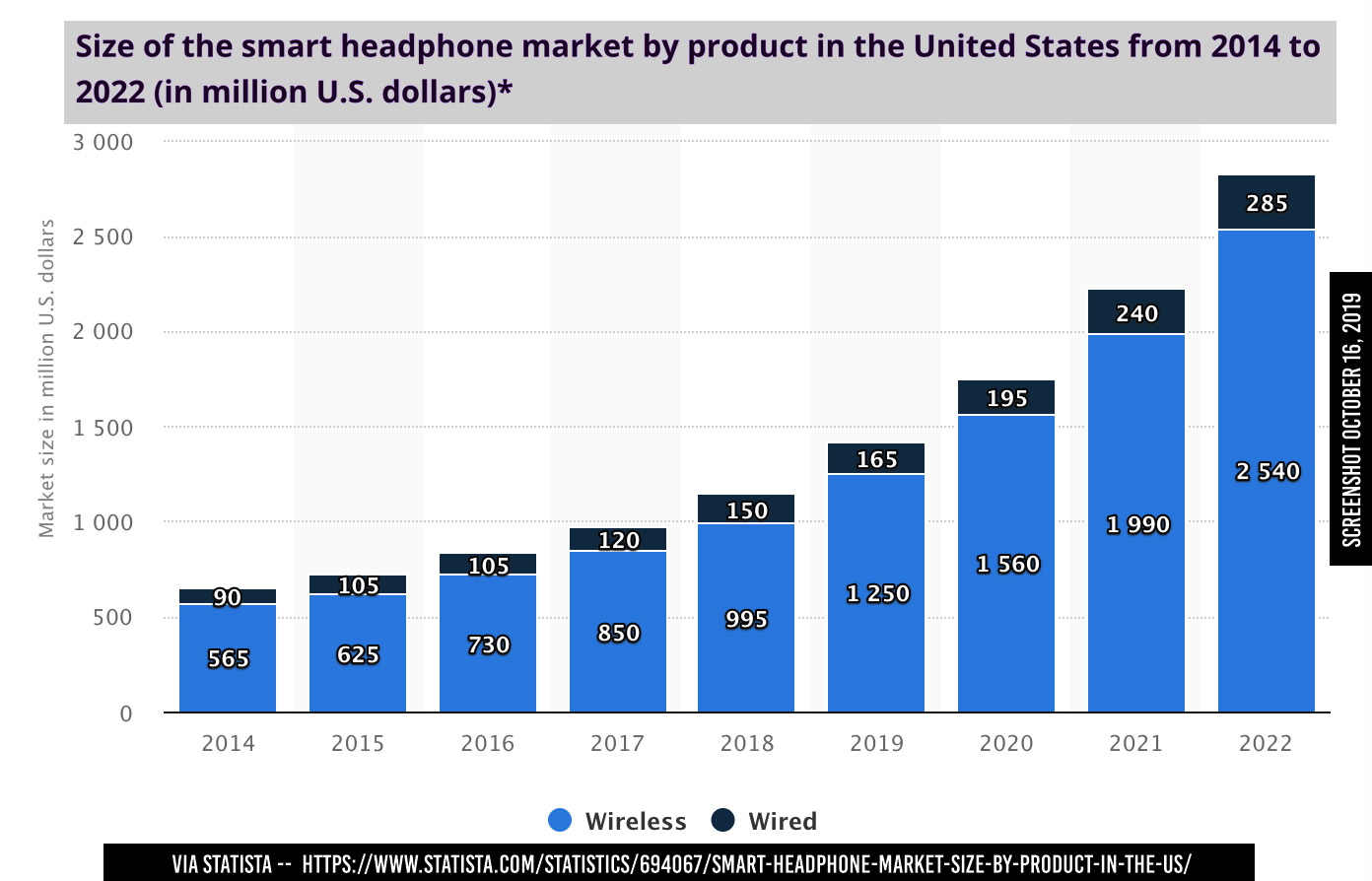 Above you’ll see a chart from Shanhong Liu at Statista. This chart was released on October 7, 2019. People clearly want to buy headphones/earbuds, even though they’ve been included without additional cost in the box with most smartphones sold over the past decade. What’s more, they want to buy Smart Headphones – more than what’s given to them in the box with a smartphone.

They don’t need the box space, and it’s not particularly expensive to include said earbuds – but why do anything if it’s a waste of time and energy? At best, keeping with tradition and including earbuds in a smartphone box is a friendly gesture for people who don’t take the time to buy their own, separately. At worst, including earbuds in a smartphone box creates unnecessary clutter, wastes the time of the engineers who had to work on said earbuds, and utilizes time and energy that could be best spent elsewhere on newer and better products.

Meanwhile I’d still rather have a headphone jack than mess with Bluetooth, a dongle, or other means of giving me the charging-while-listening-to-audio experience that I’ll never stop wanting. I am an old man yelling at a cloud, demanding that new products come with a headphone jack! But you can keep your earbuds, thank you!