First things first: I can’t tell you how the new Google Pixel Buds sound. Here at Google’s big product gush in New York City, all of the functional second-generation wireless earbuds are safely tethered down or in the cautious hands of the company’s demo team. That’s because, while they may be getting announced alongside the Pixel 4, the Pixel Buds aren’t going to launch alongside them.

Instead we’ll have to wait until Spring 2020, Google says, before its entirely cable-free earbuds are ready for store shelves. Clearly they’re not yet ready to be tested out, and the company’s claims of improved audio quality over the original Pixel Buds quantified. Still, even at this early stage there’s enough there to get excited about. 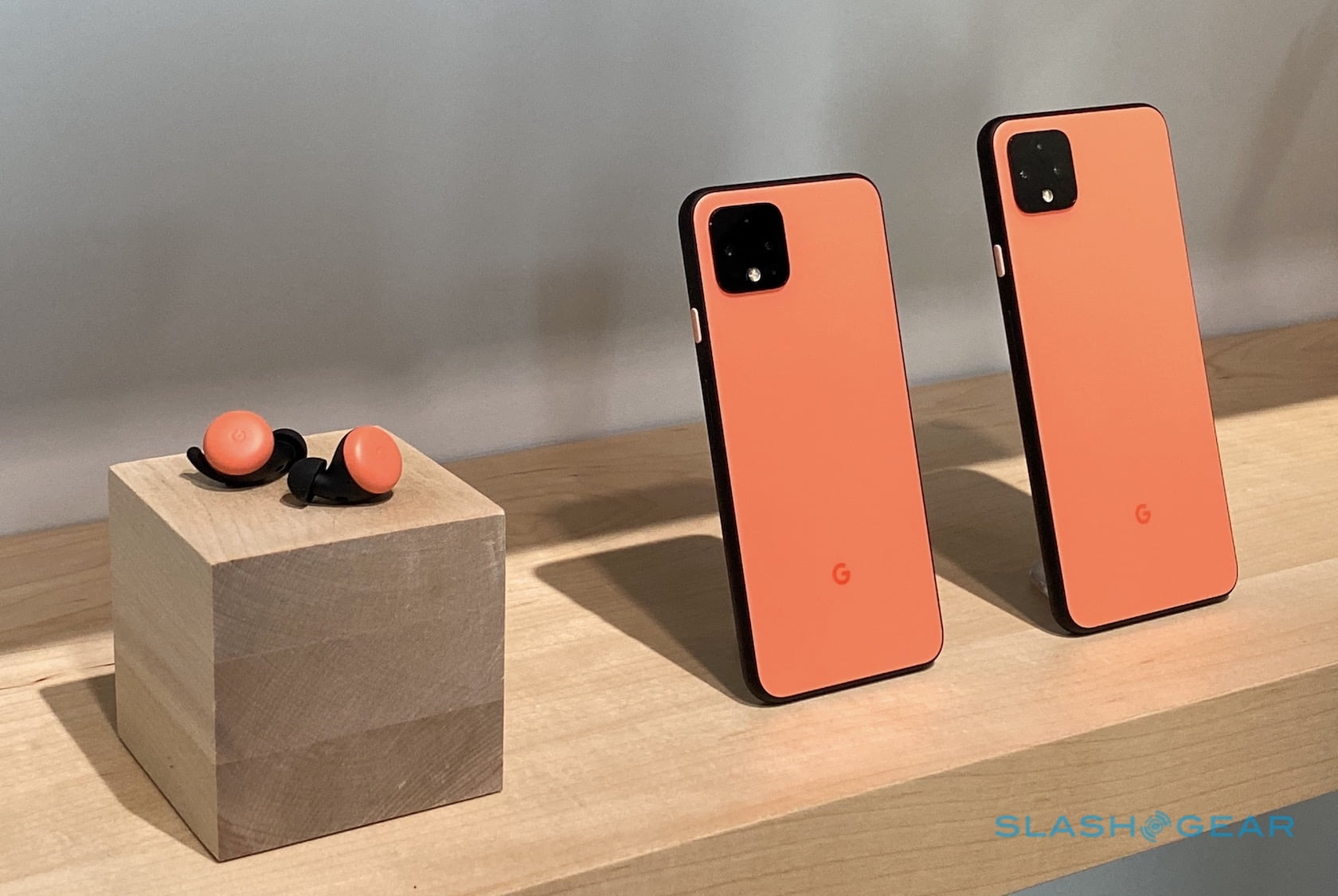 The original Pixel Buds seemed like a solid idea, let down with hardware that felt out of date even before they went on sale. Tethering the two earbuds together looked altogether old-fashioned compared to Apple’s AirPods, and while Google’s live translation feature was clever, it wasn’t quite enough to push buyers past the ergonomic issues. Since then we’ve seen plenty of fully wireless earbud options, at a variety of price points. Google had to raise its game in order to compete, and compete it will.

What’s impressive is how small each earbud remains, despite the cord being cut. After seeing Microsoft’s oversized Surface Earbuds earlier this month, I was expecting the worse, but Google has done an impressive job of keeping them compact. The promise is earbuds that don’t actually protrude from your ears, which anybody who has tried to sleep on a plane while wearing buds will know is important. 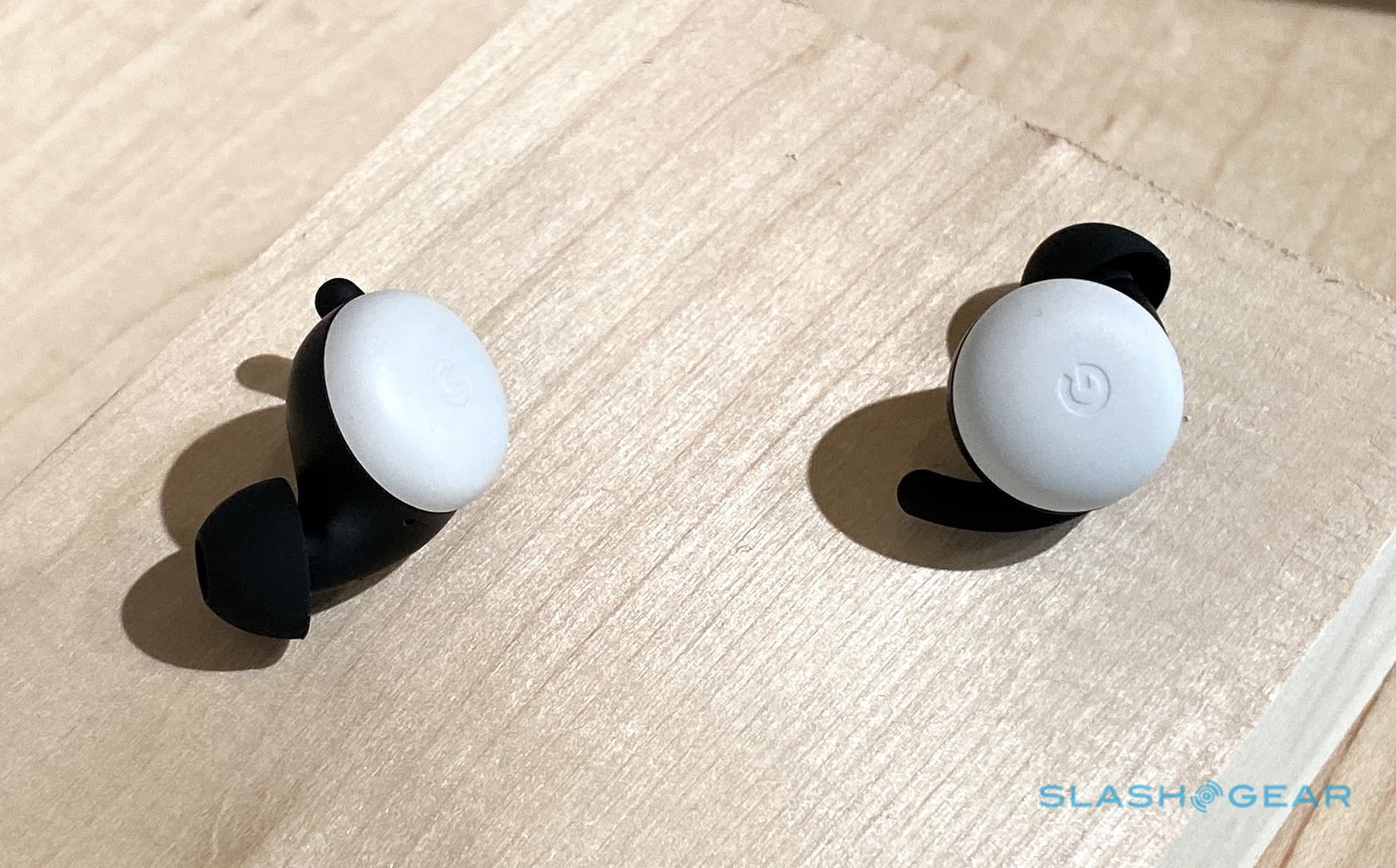 The similarities between Google’s product and Apple’s AirPods is most clear when you look at the case. Like the AirPods, Pixel Buds come with a charging case that resembles a floss dispenser. The flip-up lid pops open to reveal the two buds each in their docking bays; a USB-C port is on the bottom for charging. 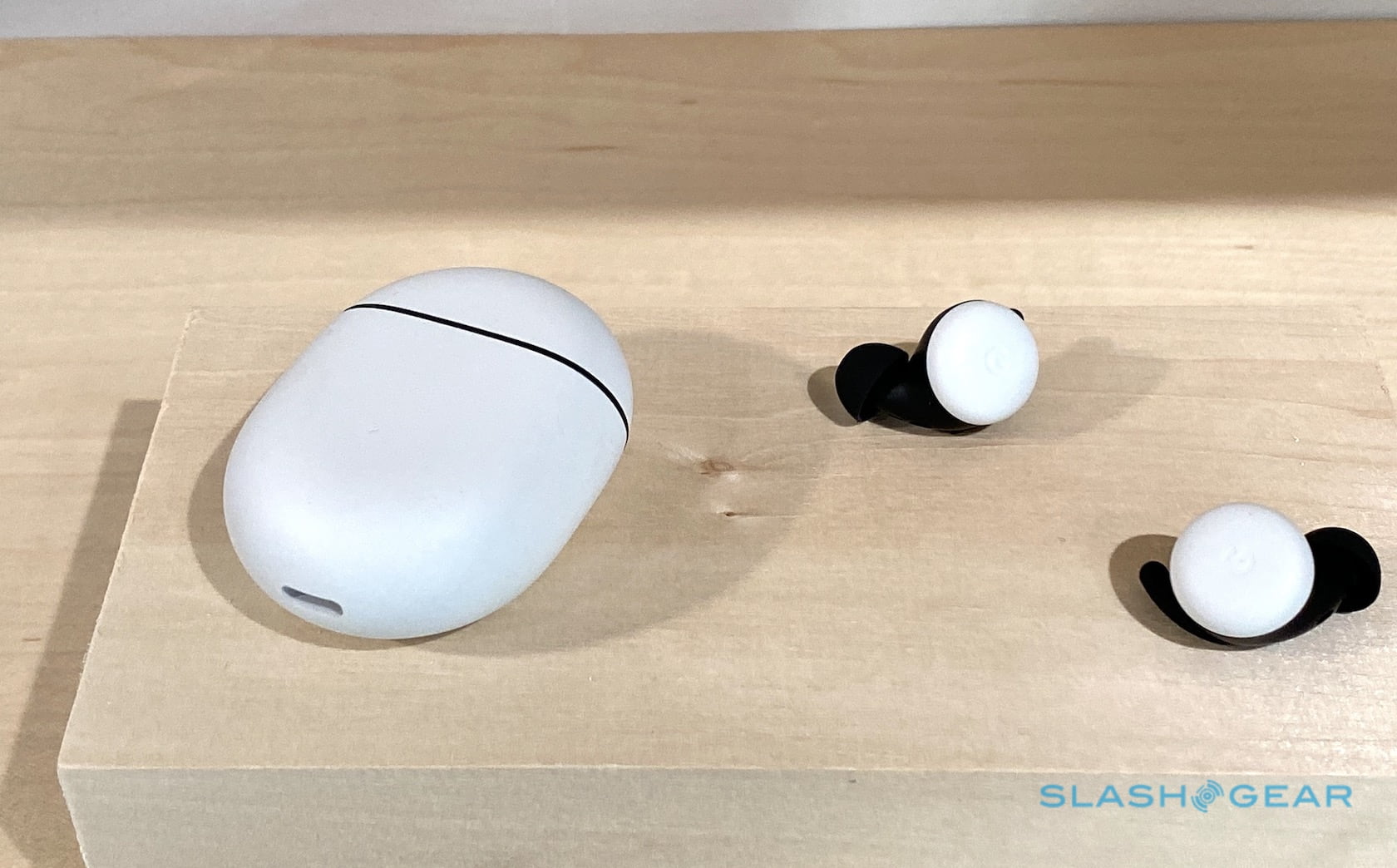 Honestly, I can forgive the similar design, because I think it makes sense for how most people transport their headphones. Other companies have gone with long, wide cases instead, and they can be trickier to open one-handed. You get 24 hours of battery life in total with the case; the earbuds themselves should last for five hours of solid music playback apiece. 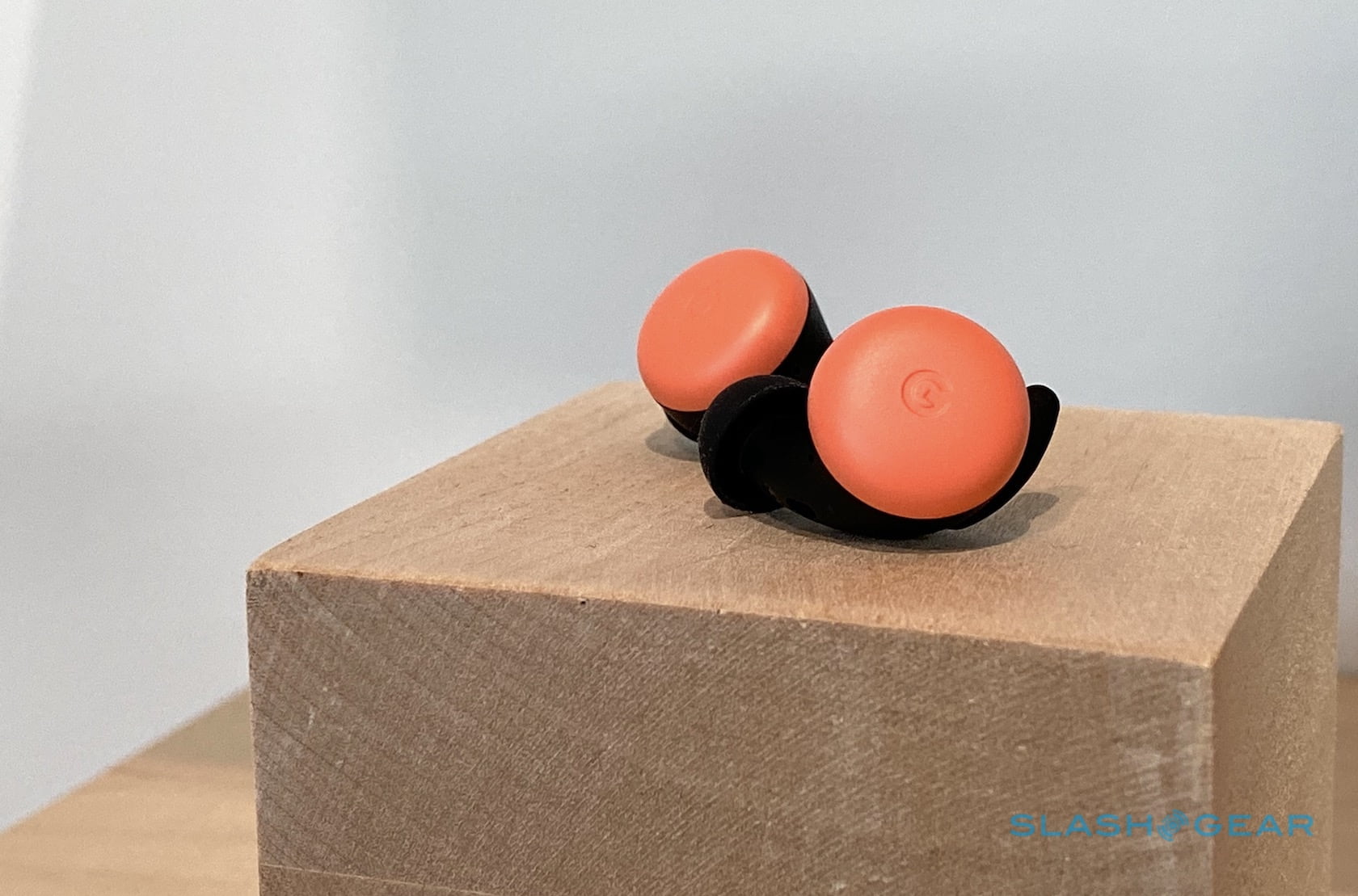 What could set the new Pixel Buds apart are things like Bluetooth range, “Hey Google” functionality, and adaptive audio. On the range front, Google says its super-powered radio can span across a football field; if you’re not listening to music on the touchline, you can expect three rooms of range for indoor listening. There’s no active noise cancellation – Sony’s WF-1000XM3 ANC earbuds needn’t worry there – but Google says it will automatically adjust the volume of playback according to ambient noise conditions. 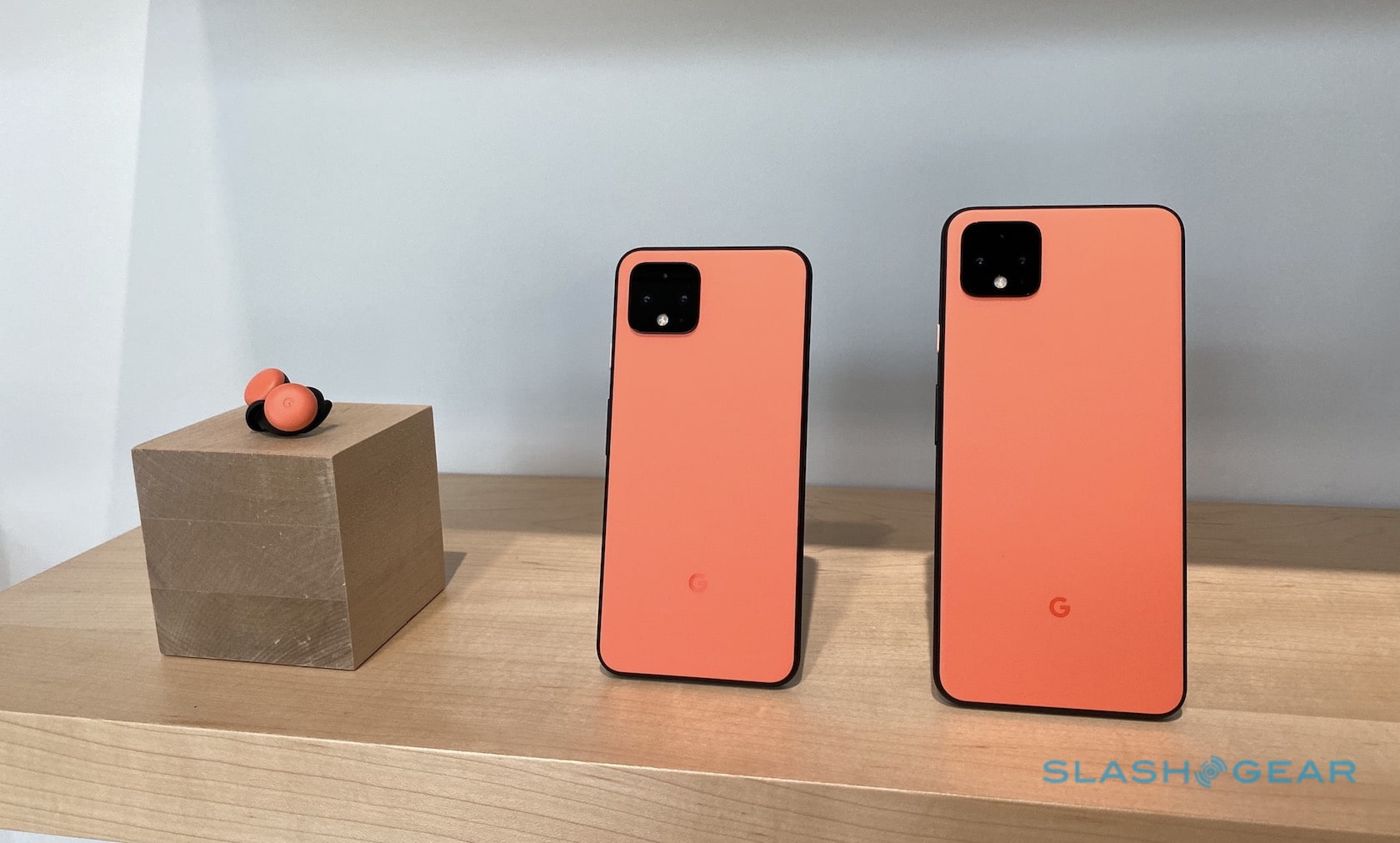 The original Pixel Buds were clever, but flawed in their design. Google clearly isn’t making the same mistake this time around. All that remains to be seen is how the rest of the market might evolve between their big unveil today and the new Pixel Buds going on sale in 2020, when they’ll be priced at $179.