Microsoft’s new Surface could adopt a very different screen hinge design, with newly-spotted patents suggesting the company is flirting with an iPad Pro-style floating hinge. Currently, the Surface Book has a detachable screen – which pulls away from the keyboard to form a standalone tablet – while the Surface Laptop adopts a more traditional notebook form-factor.

Then there’s the Surface Pro, which is a tablet with a kickstand on the rear. It can be docked into a magnetically attached keyboard for easier text entry.

Microsoft’s well-praised industrial design has avoided any major changes over the Surface range’s lifespan, from the earliest shock at the Surface Book’s trick detachable screen. Since then, we’ve seen processor and graphics updates, among other things, but no dramatic aesthetic modifications. According to a new patent, though, that time may be at hand. 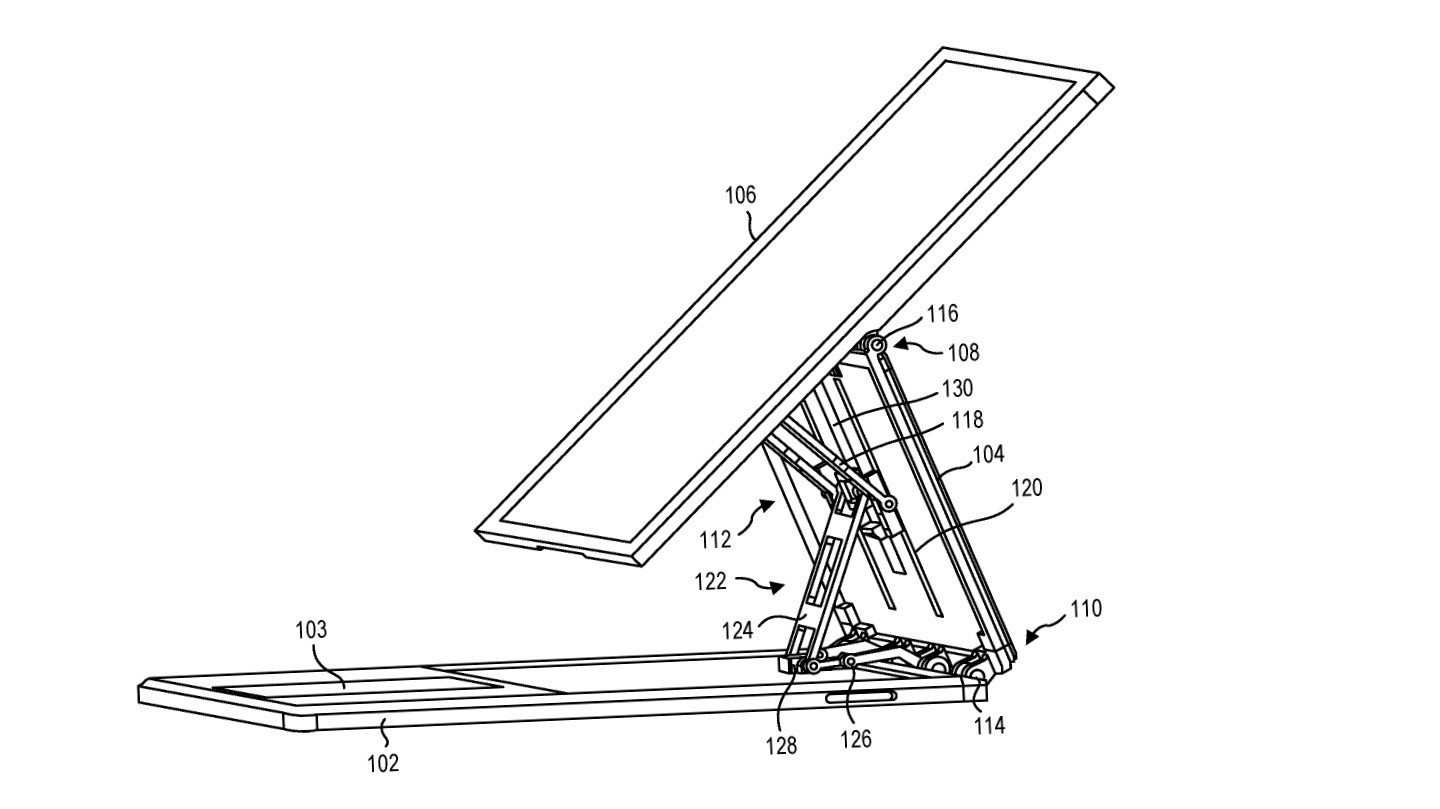 The filing, “Computing Device Hinges,” was published by the World Intellectual Property Organization on July 22. Spotted by WindowsUnited, it details a more complex hinge mechanism that could elevate the display above the base section. It would also allow that display to be pulled forward, closer to the user, making touchscreen and stylus use more straightforward.

It’s reminiscent, certainly, of the iPad Pro’s Magic Keyboard. That has a keyboard and trackpad, but also lifts Apple’s tablet above it so that it’s at a more ergonomically comfortable position. 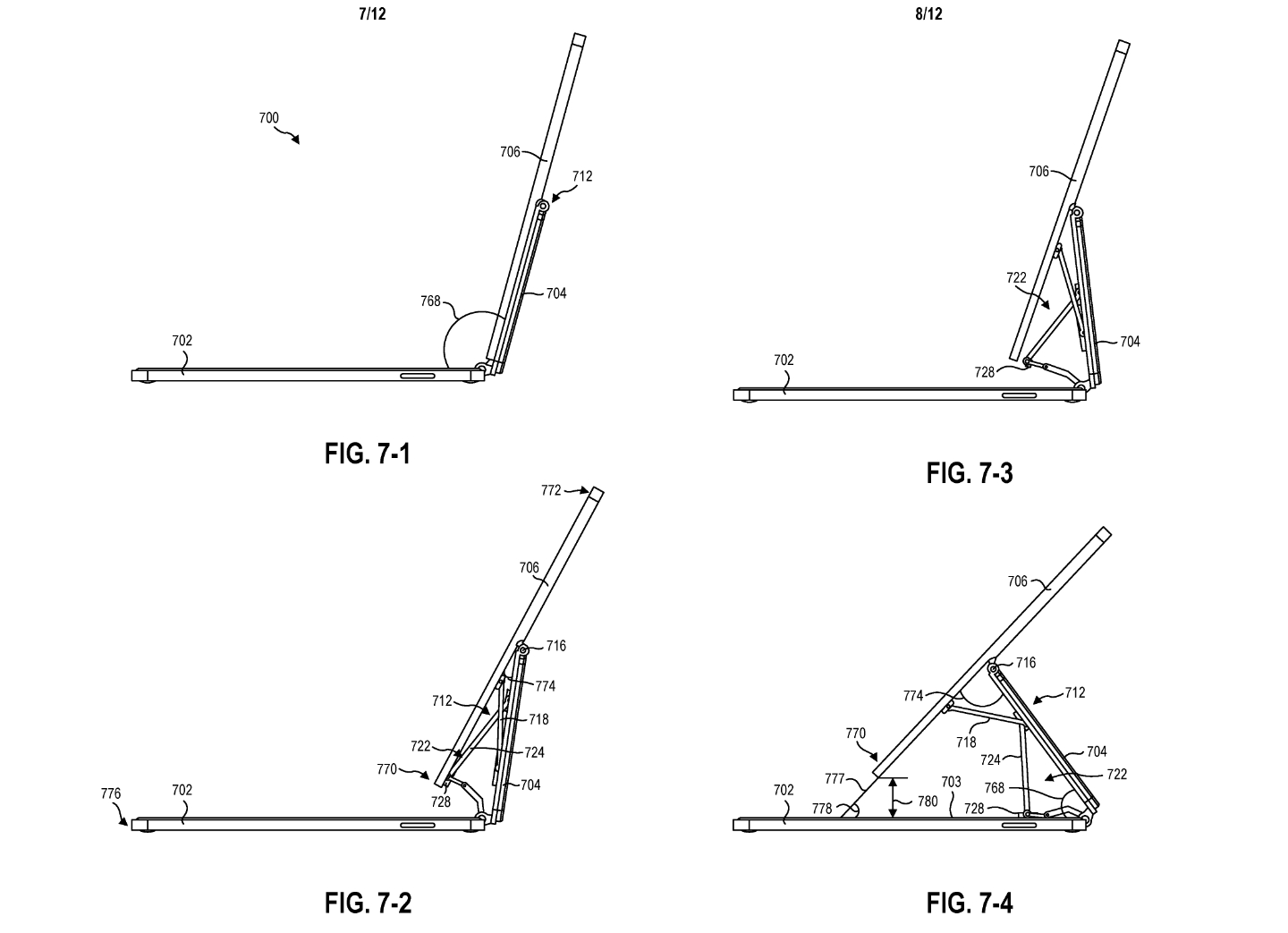 In Microsoft’s design, the tablet section does not look like it releases from the base – unlike how the iPad Pro and the Magic Keyboard work – but instead the whole thing is a single, more flexible laptop. It’s not, as Windows Central points out, the first time we’ve seen such a concept from PC-makers. HP’s Elite Folio offers such a layout, allowing the touchscreen to be pulled forward so that it covers the laptop’s keyboard though not its touchpad.

Last year, meanwhile, the Acer ConceptD 7 Ezel took a similar approach. It promised mobile artists a workstation which could be used as a traditional laptop or as an art studio, courtesy of a dual-hinged screen. 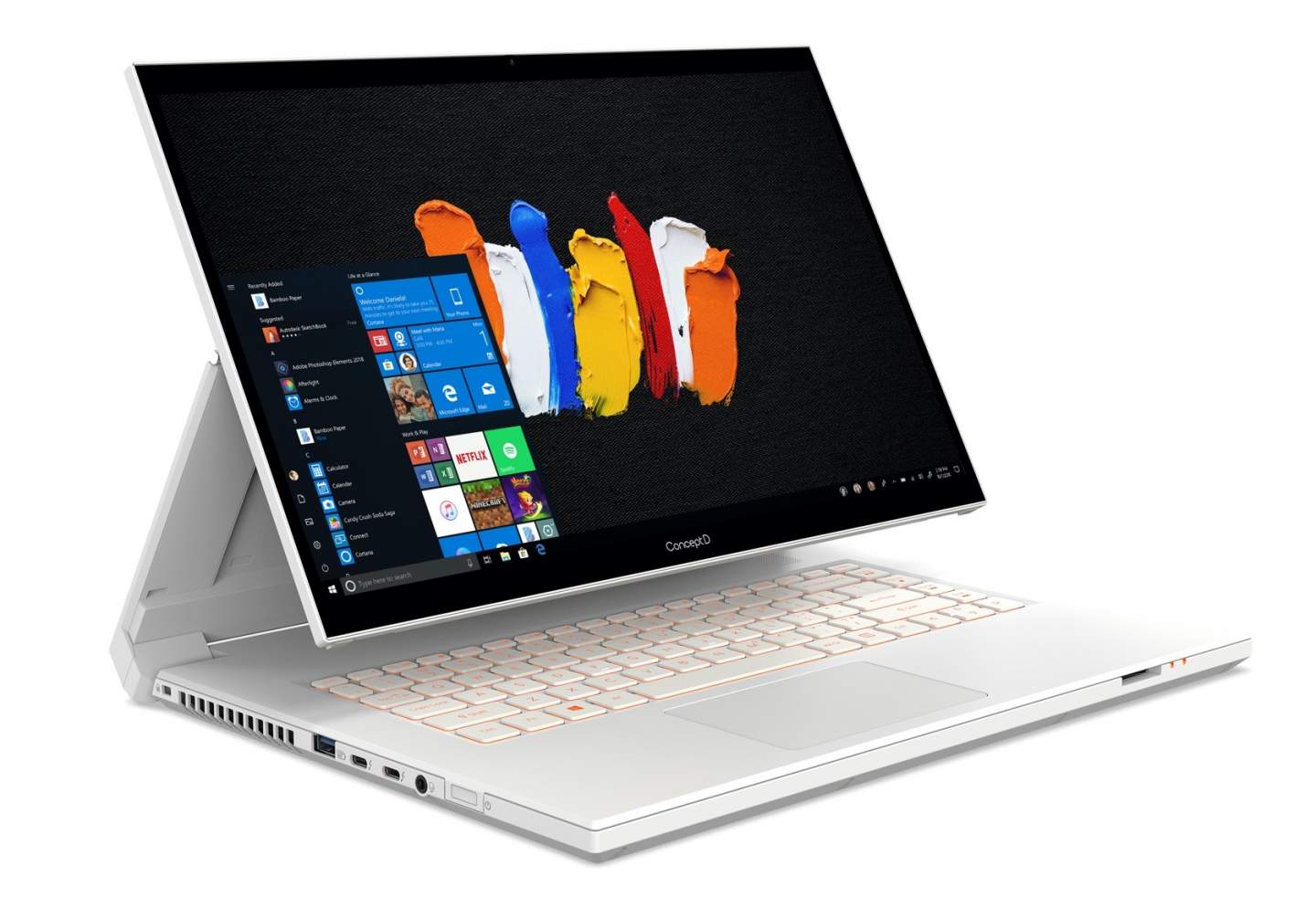 If Microsoft goes ahead with the idea – and that’s a big “if” given patents regularly fail to pan out into actual production devices – it’s unclear what the form-factor might replace in the existing Surface line-up. Or, indeed, if it would add to it rather than supplant an existing model. The Surface Book remains a popular device, with its extra GPU and battery grunt in the keyboard section, but it’s questionable as to just how many people actually regularly remove and use the tablet screen section independently. This new design might allow for a more tablet-like experience but without having to sacrifice the GPU boost in the process.

Alternatively, the Surface Laptop – most recently the Surface Laptop 4, released earlier this year – could get a more user-friendly form factor. That might help emphasize Windows 11’s touch enhancements, and offer Microsoft a strong contender to the iPad Pro for those users who know they’re rarely going to want to be out of reach of a traditional keyboard. 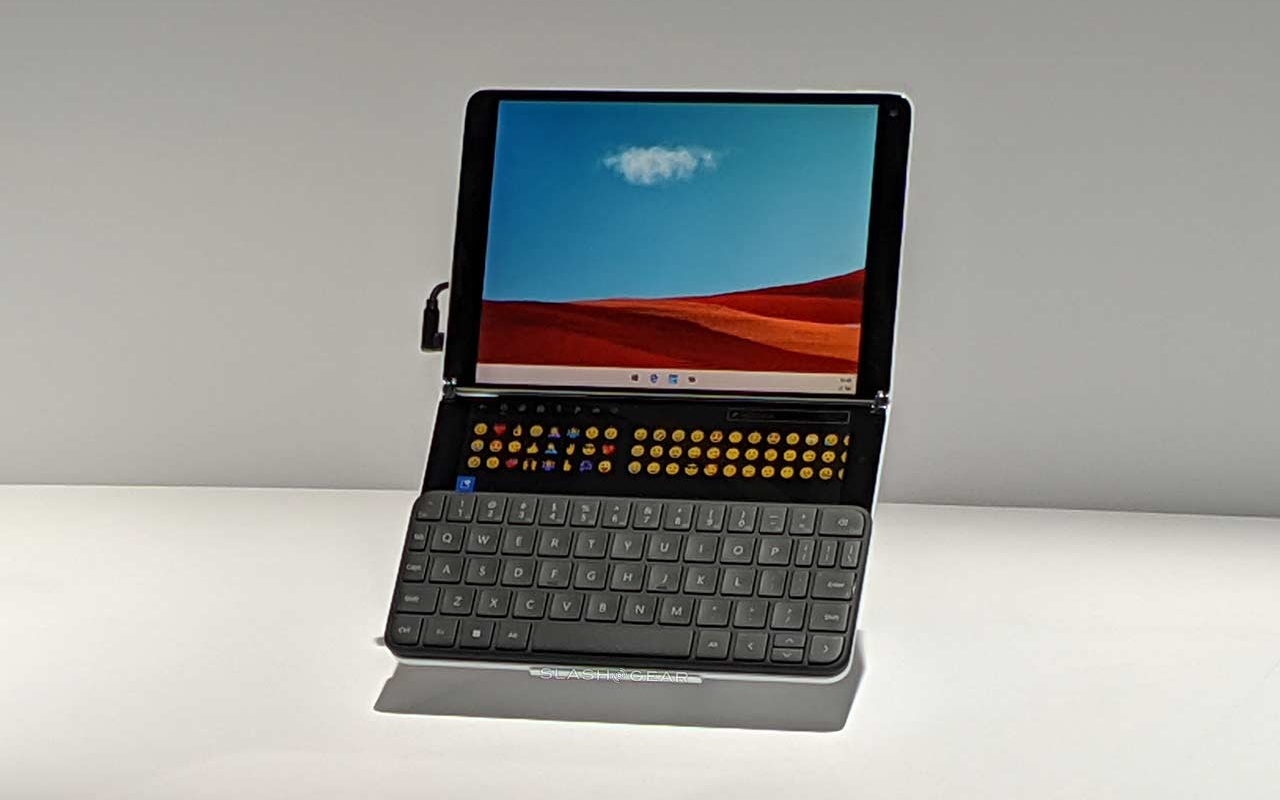 Either way, it’s fair to say Microsoft has been imaginative when it comes to pushing back at the idea that only Apple innovates in portable computing right now. Not all of its projects have been entirely successful, mind. The Surface Neo, a clever dual-touchscreen device that was to bridge laptops and tablets, met with an unexpected hurdle earlier this month, when Intel announced the chipset it was meant to be using has been pushed into end-of-life status much earlier than anticipated.