There’s no shortage of Windows 10 laptops, and plenty of high-end, design-led choices there too, yet Microsoft’s Surface Laptop 4 still stands out. For this fourth-generation there’s clearly evolution where it was needed, rather than revolution for its own sake, and while the result isn’t an entirely clean sweep it still makes for a compelling alternative to what Apple is doing with its M1-powered MacBooks. 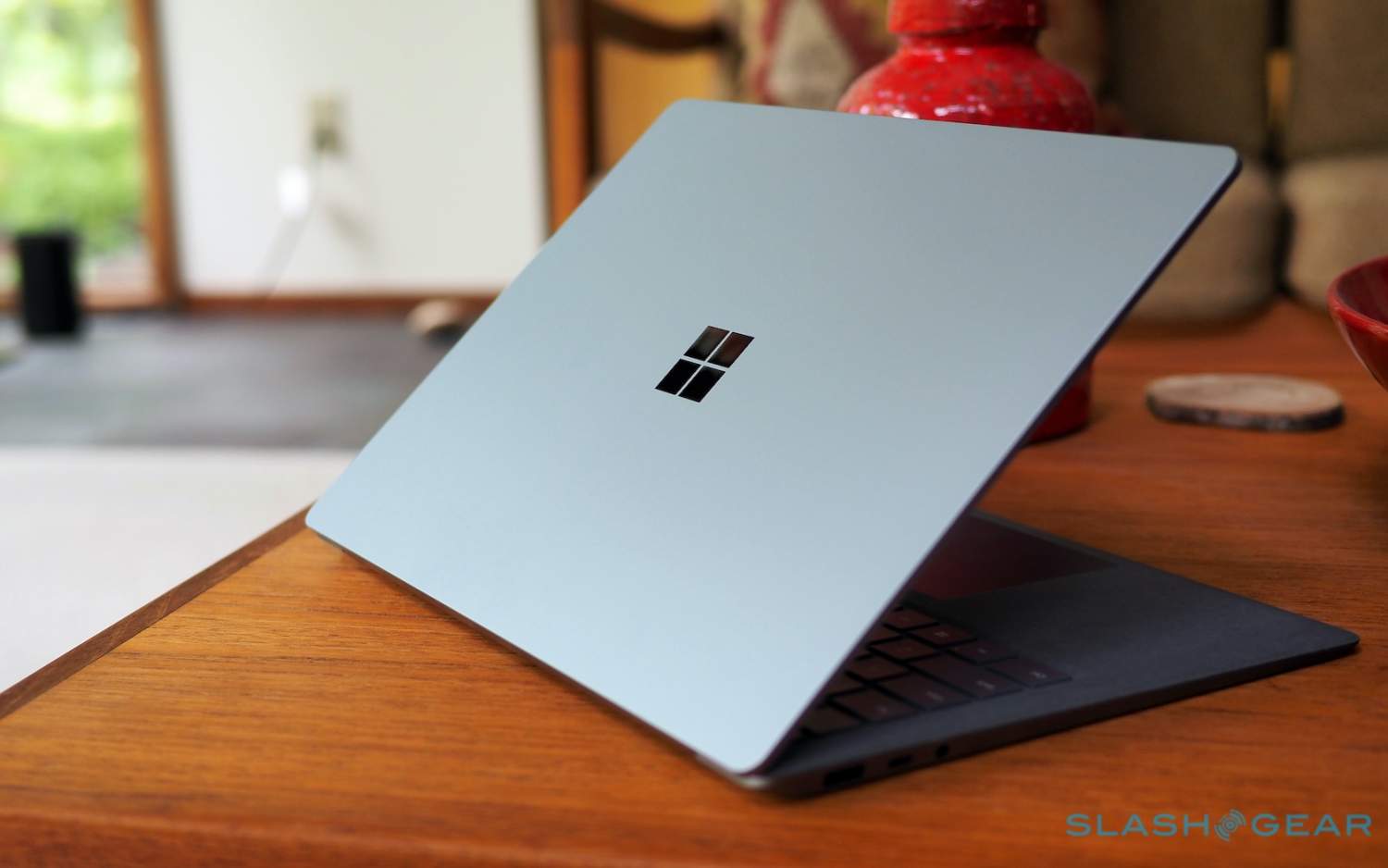 The 2256 x 1504 PixelSense display remains a pleasing 3:2 aspect ratio, and has Surface Pen support – though you’ll need to buy that separately – along with 10-point multi-touch. It’s a great IPS panel, with excellent colors and contrast. I do wish it would go brighter, however: outside, and with the highly-glossy finish, it’s a nightmare for reflections.

You’ll either hate the chunky bezels around it, too, or – like me – notice them initially and then promptly ignore them forever after. At the top there’s a 720p webcam which is fine, nothing special, with Windows Hello facial-recognition support that’s fast to spot you. 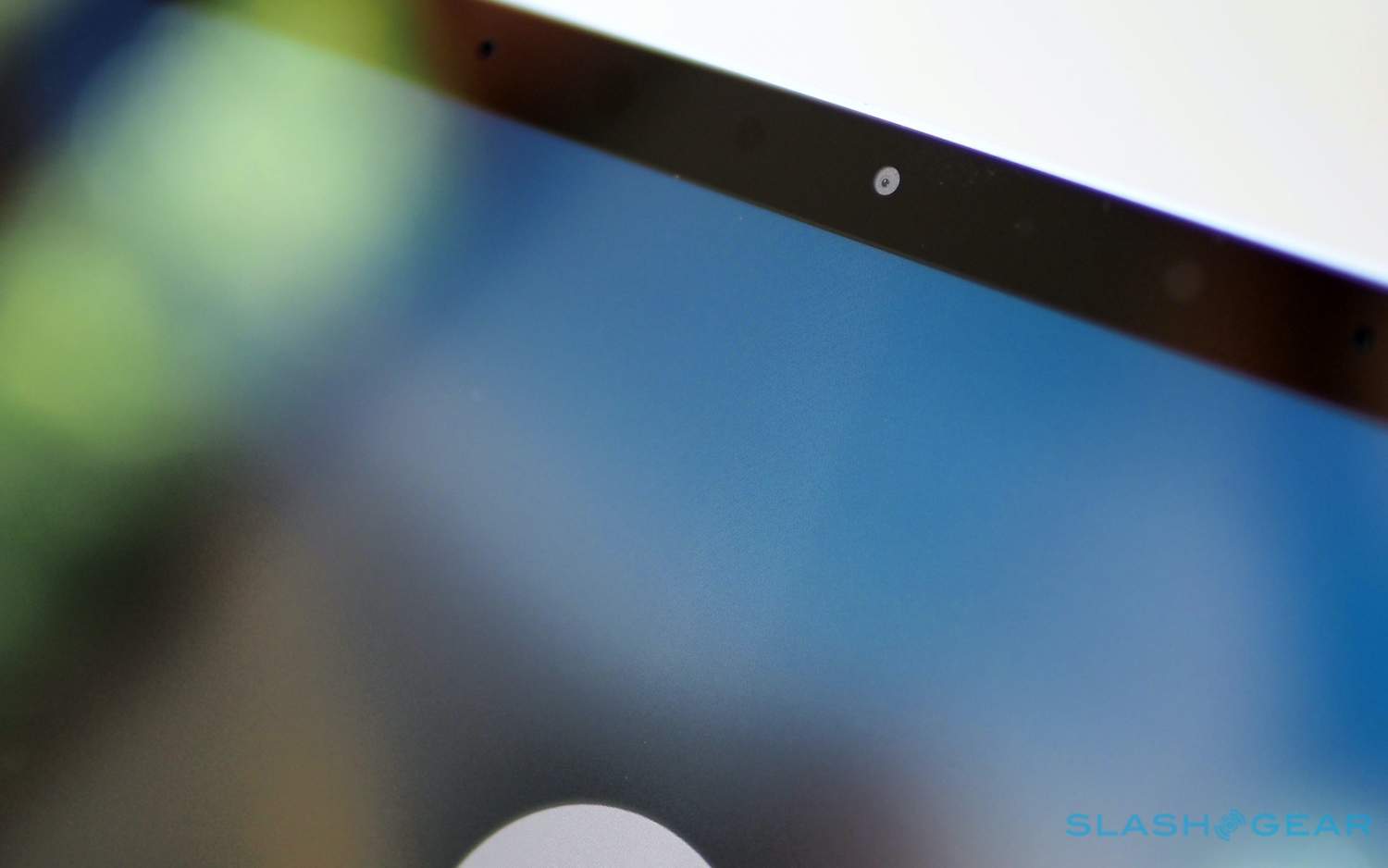 I remain a fan of Microsoft’s laptop aesthetic, which manages to look premium without falling into the “MacBook-derivative” trap so many Windows notebooks apparently struggle to avoid. Instead the 2.79 pound Surface Laptop 4 opts for brushed-finish machined metal and a silky Alcantara palm-rest and keyboard surround.

Is that likely to be a grease-magnet over the years? Quite probably, but then metal palm-rests can end up discolored and scratched too – particularly if you wear a watch with a metal clasp – so I don’t think it’s a deal-breaker. If you’re especially worried (or especially oily) the Matte Black and Sandstone versions swap Alcantara for more metal. 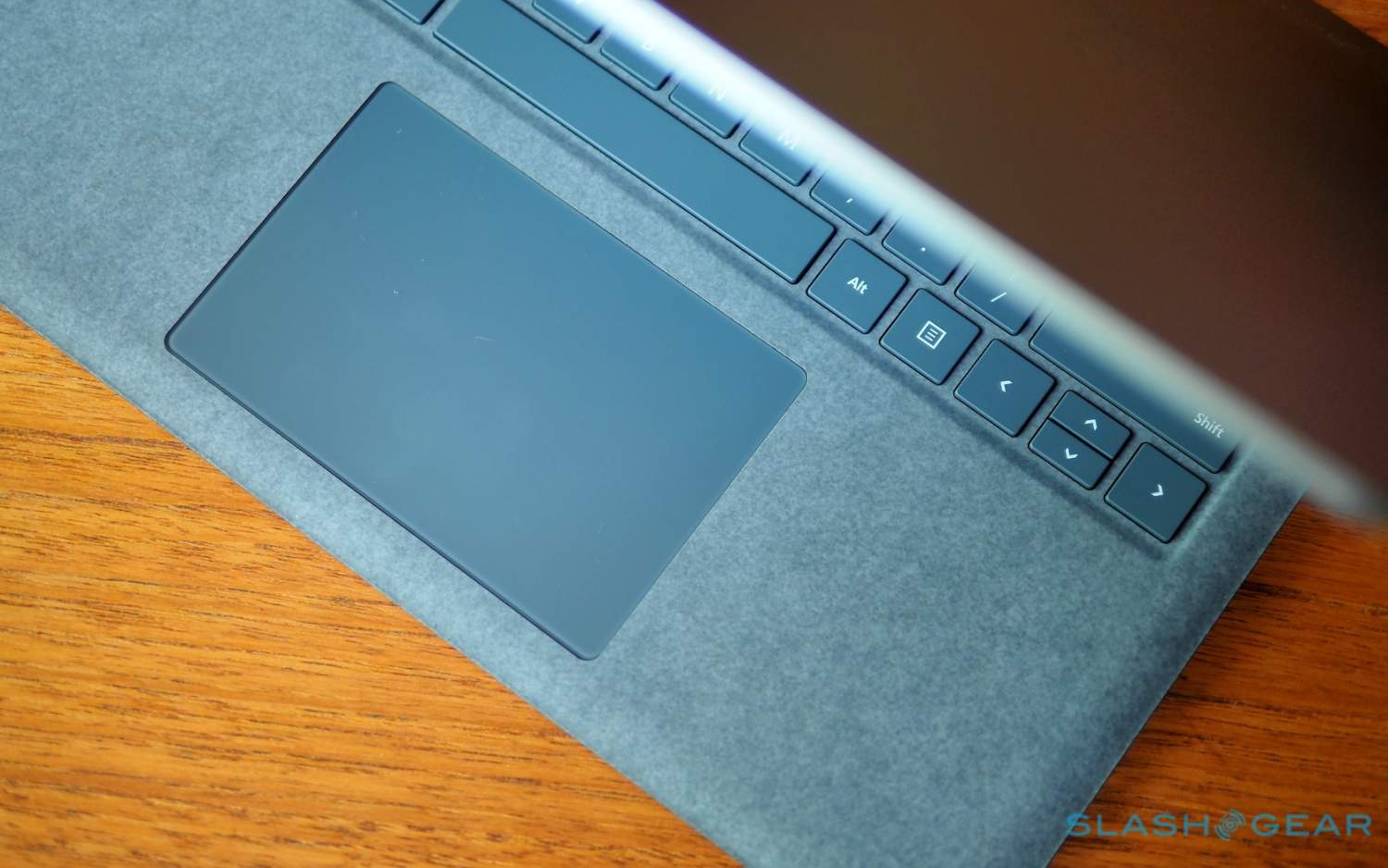 There’s a fairly distinct typing feel to the Surface Laptop 4’s keyboard, too. Not quite as clicky – or as loud, for that matter – as a recent MacBook Pro keyboard, but definitely comfortable for extended periods of typing. There’s a little flex to the whole thing that leaves the travel feeling longer than it is. I remain a fan of Microsoft’s oversized trackpad, too. 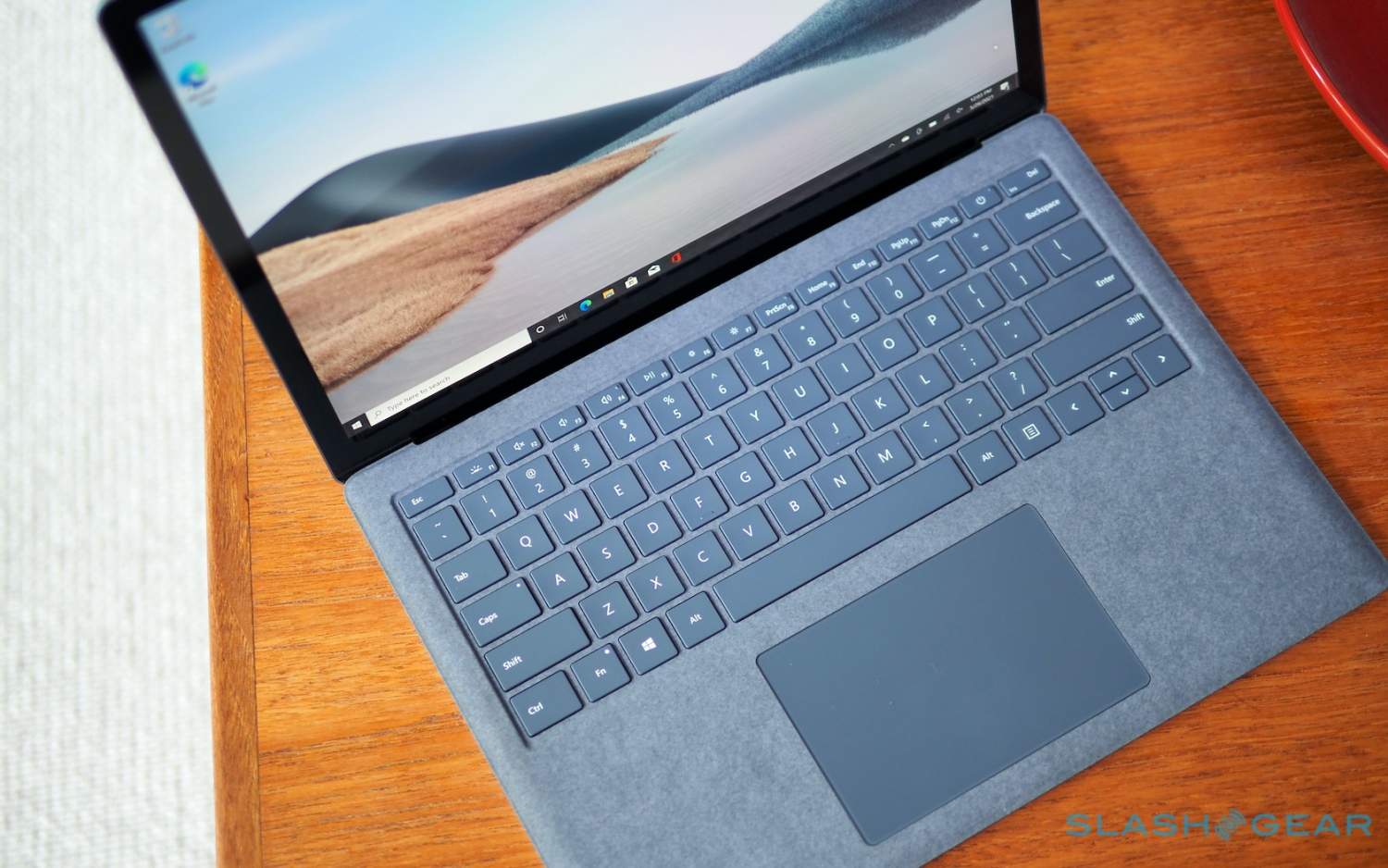 So, Microsoft gets credit for not changing what didn’t need to change, but then it loses points on ports. As with the last-gen laptop, the Surface Laptop 4 isn’t quite the connectivity powerhouse I hoped it would become.

On the one side there’s Microsoft’s magnetically-attached Surface Connect, for power. On the other, you get a single USB 3.1 Type-C, a USB 3.1 Type-A, and a 3.5mm combo audio jack. 15-inch Surface Laptop 4 buyers get an SD card slot too, but the smaller version does not. 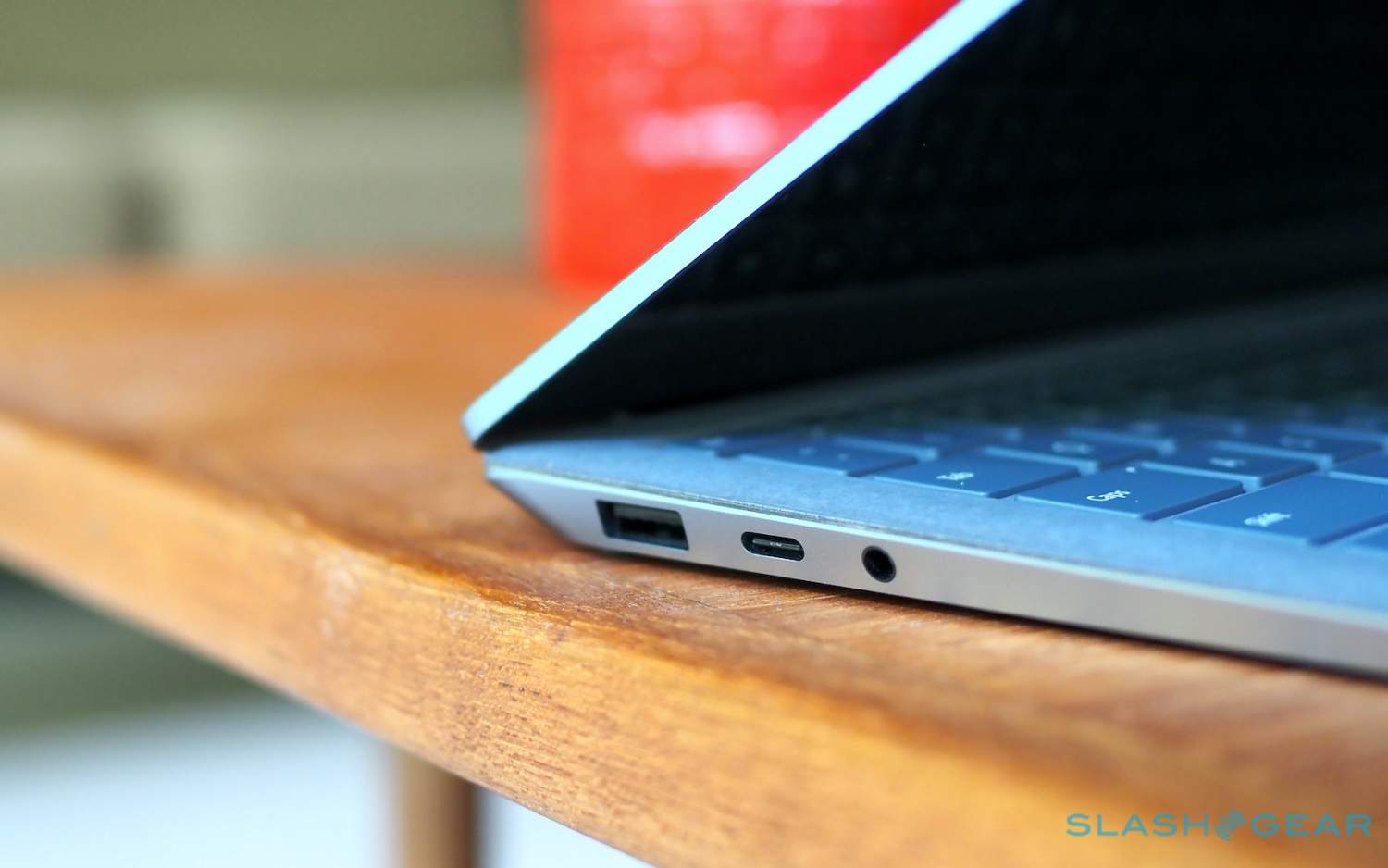 Whether that port selection is sufficient depends on a few factors. If you’re coming from the macOS camp, then the fact that you miss out on the faster speeds of Thunderbolt 4 is probably going to be annoying. Still, the ability to plug in USB Type-A peripherals without an adapter is nice. For external displays you’ll either use the USB-C’s DisplayPort support or cough up for Microsoft’s Dock if you want twin 4K 60Hz screens.

The reluctance to add Thunderbolt 4 seems to have been done with keeping port parity between the Intel and AMD versions of the laptop in mind. Still, given the Intel-powered Surface Book 4 models are the higher-spec configurations, I don’t think it’s out of line to expect better ports there too. 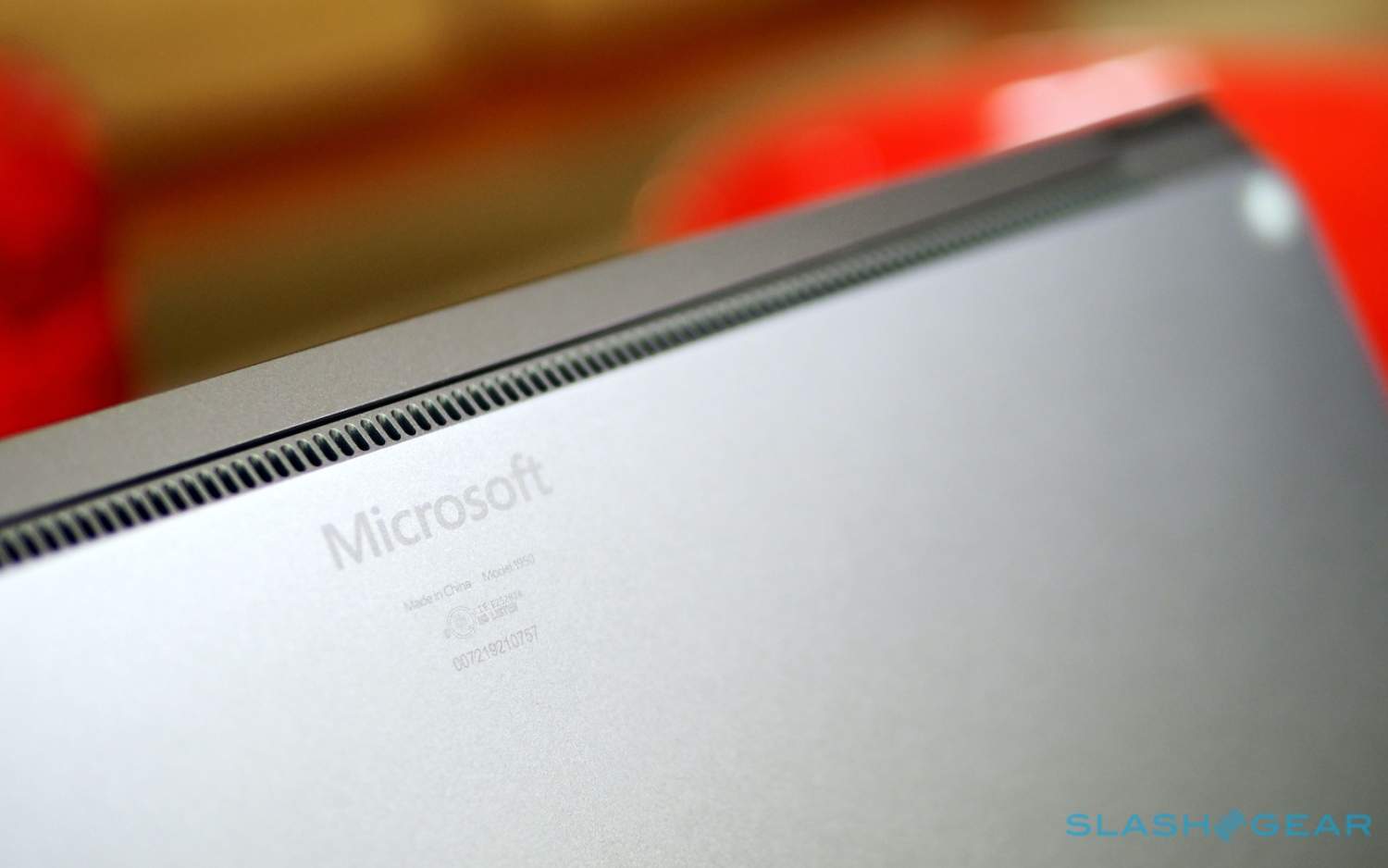 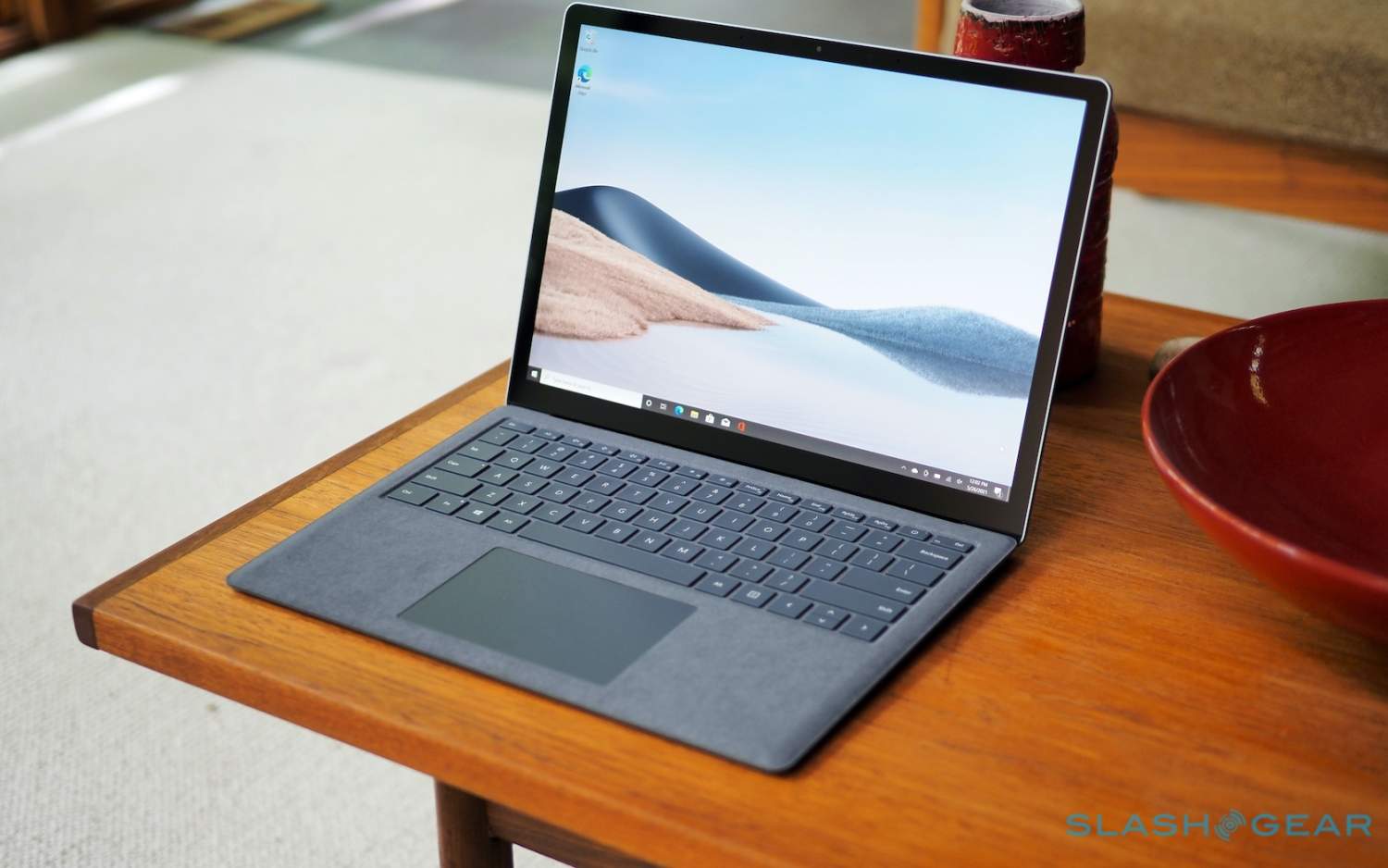 Day to day, performance lives up to what those numbers hint at, and multitasking is no problem at all. All the same it’s hard not to look a little enviously across the aisle at what Apple is doing with the M1. A 2020 MacBook Air clocks in at 1,717 in Geekbench 5’s single-core test and 7,453 in the multi-core.

The ugly green monster lingers when you take into account battery life. Microsoft suggests you could see up to 17 hours on the 13.5-inch Intel models – the AMD versions are a little more frugal, by a matter of a couple of hours – and though you won’t see that long in what really counts as “typical” use it’s a definite improvement over last year. Figure on around 10 hours based on my experience. 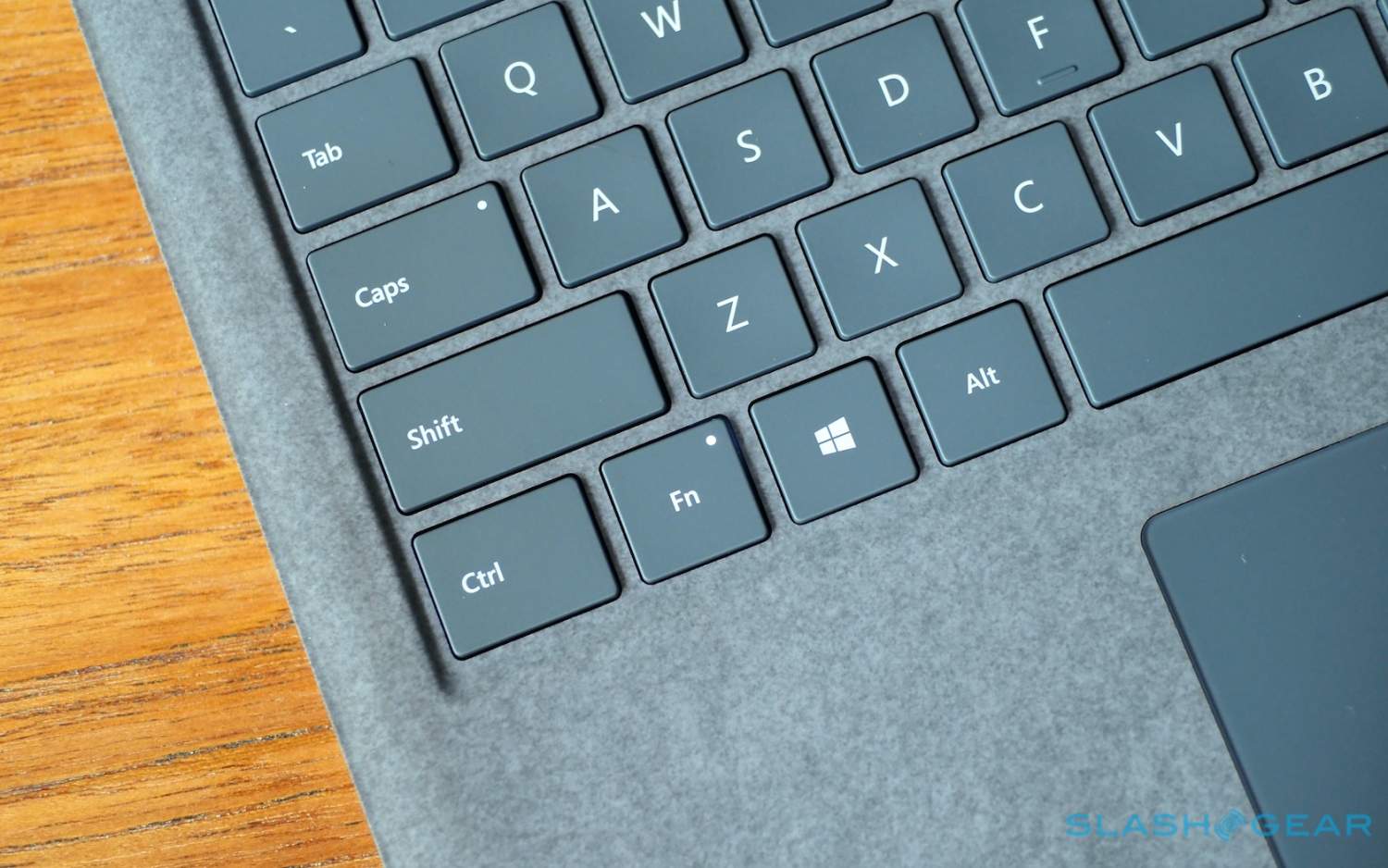 Why the envy, then? Mainly because Apple’s M1 MacBook Air is also a battery stunner, and edges ahead by at least a couple of hours. Nitpicking, maybe, since we’re still talking basically all-day use on a charge, but every little helps.

Were I in the market for a laptop, and needed Windows 10, I suspect I’d be looking to the Surface Laptop 4. Part of that is the clear consideration to usability: Microsoft has obviously sweated the small stuff around the keyboard, trackpad, and general aesthetic. Trying to encapsulate that somewhat nebulous – but no less important – “feel” of a device is tricky, but there’s generally a pleasantness to using the Surface Laptop 4 that a lot of rival notebooks lack. 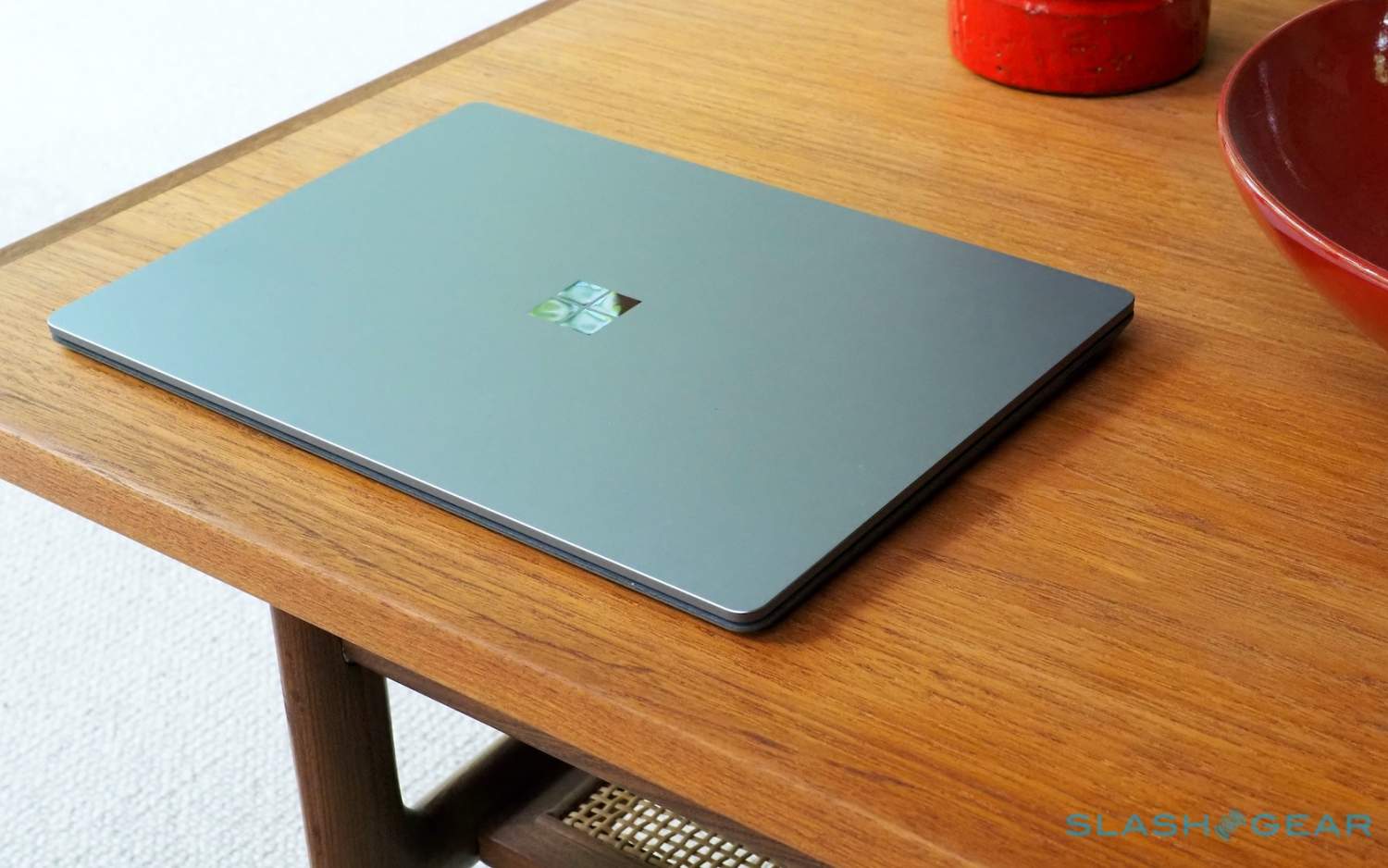 That’s not to say it’s perfect. The display is beautiful but falls short outdoors, while performance and battery life are solid but not standout. Microsoft could’ve pushed harder with its port selection, and honestly it would’ve been good to see options like integrated 4G/5G. While the $1k starting price is competitive, you’re looking at $700 more for this particular configuration, and that still falls a little short of what Apple’s M1 is capable of in raw performance terms. 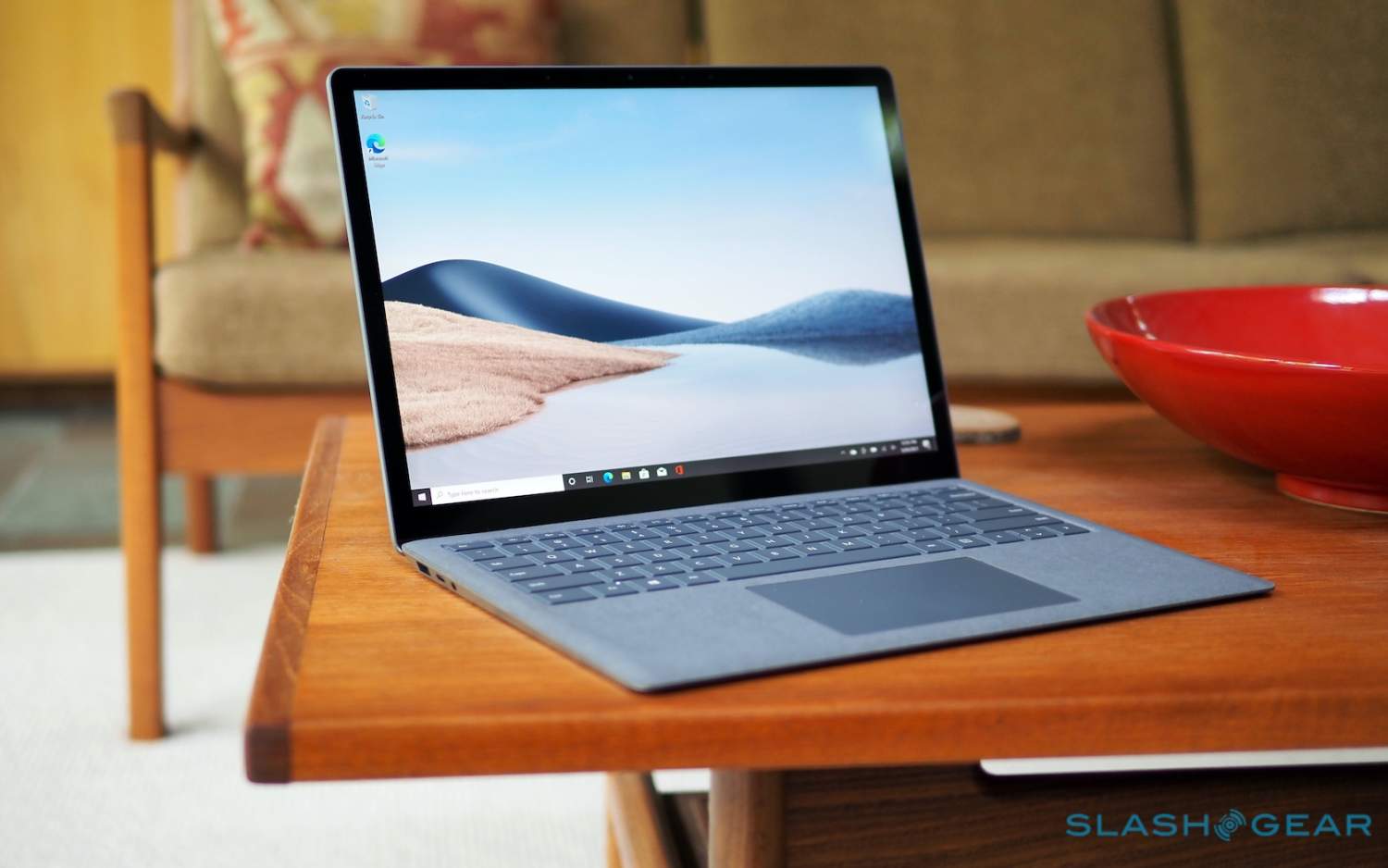 There are more imaginative, and unusual Windows notebooks on the market. Or, you could jump ship entirely, and see what Apple is doing with its homegrown chips. All the same, for a pleasing all-rounder the Surface Laptop 4’s shortcomings are outweighed by its general cohesiveness, and that’s enough to leave it recommended.