Microsoft teased us with new Surface news, and now we know just what that is: the new Surface Laptop 4, delivering a choice of two screen sizes and both AMD and Intel processors. Successor to last year’s Surface Laptop 3, the new notebook sticks with the styling – including four different finishes of metal and Alcantara – but drops in 11th Gen Intel Core or exclusive AMD Ryzen Microsoft Surface Edition processors based on Zen 2 architecture.

For those who want maximum portability, there’s a 13.5-inch screen option. As you’d expect from something in the Surface family, it’s a 3:2 aspect PixelSense panel, here running at 2256 x 1504 resolution. It’s Surface Pen and 10-point multitouch enabled.

The 15-inch model, meanwhile, also has a 3:2 aspect PixelSense screen, only running at 2496 x 1664 resolution. Both have a glass precision trackpad and full-sized backlit keyboard, with 1.3mm of key travel. WiFi 802 11ax and Bluetooth 5.0 are standard, though sadly there’s no 4G LTE or 5G embedded option.

For processors, there’s a choice of Intel or AMD chips. The AMD options are the most affordable, a custom 6-core Ryzen 5 4680U or 8-core Ryzen 7 4980U. Intel’s 11th Gen Core i5-1135G7 or Core i7-1185G7 are the more potent options. AMD machines get Radeon graphics; Intel versions use Intel Xe. All in all, more power than you’d find in a Surface Laptop Go. 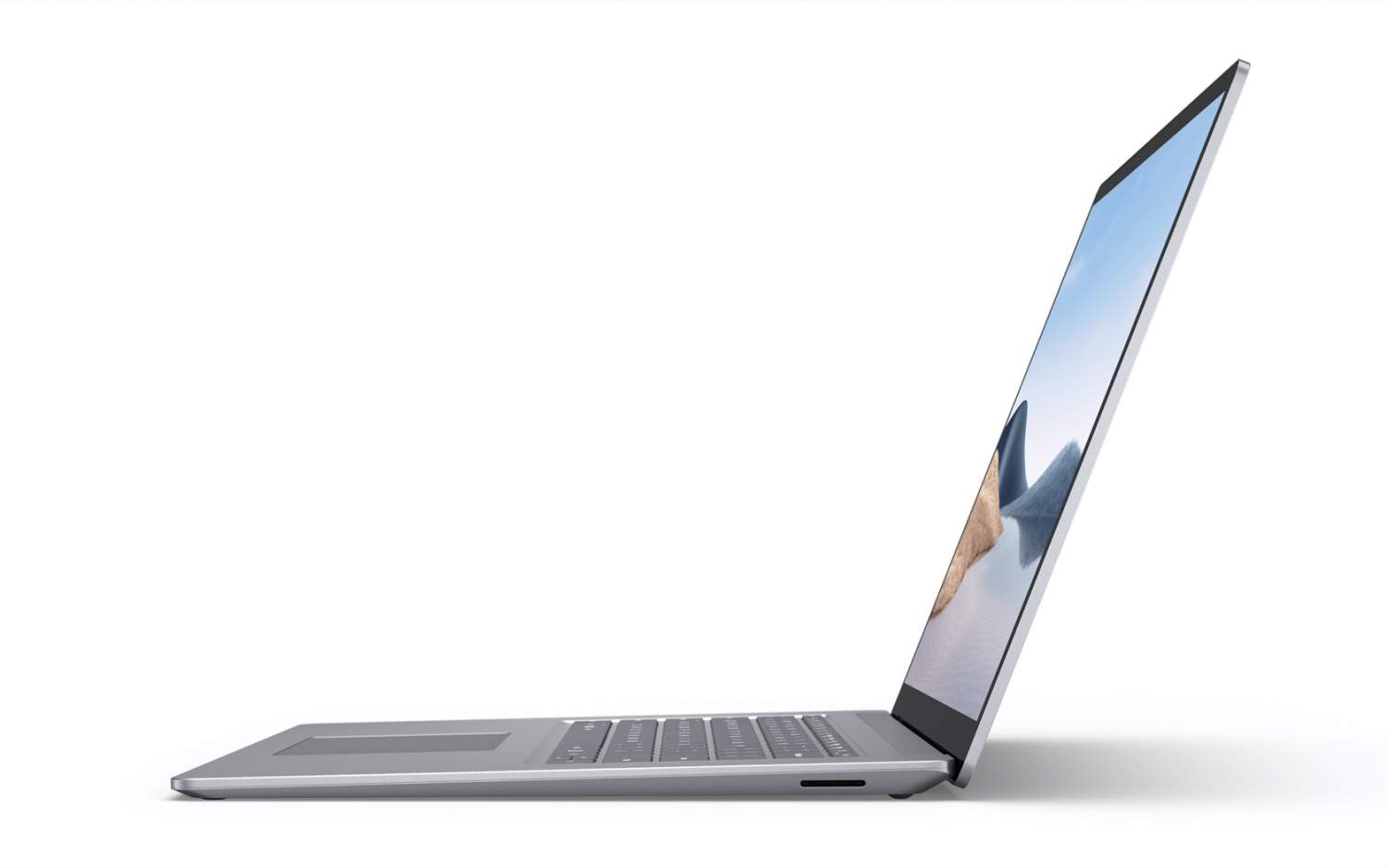 Both sizes have 256GB, 512GB, or 1TB of SSD storage. There’s also a removable M.2 NVMe SSD slot, though Microsoft says you’ll need to see an authorized service center to swap out that memory chip if you don’t want to impact your warranty. 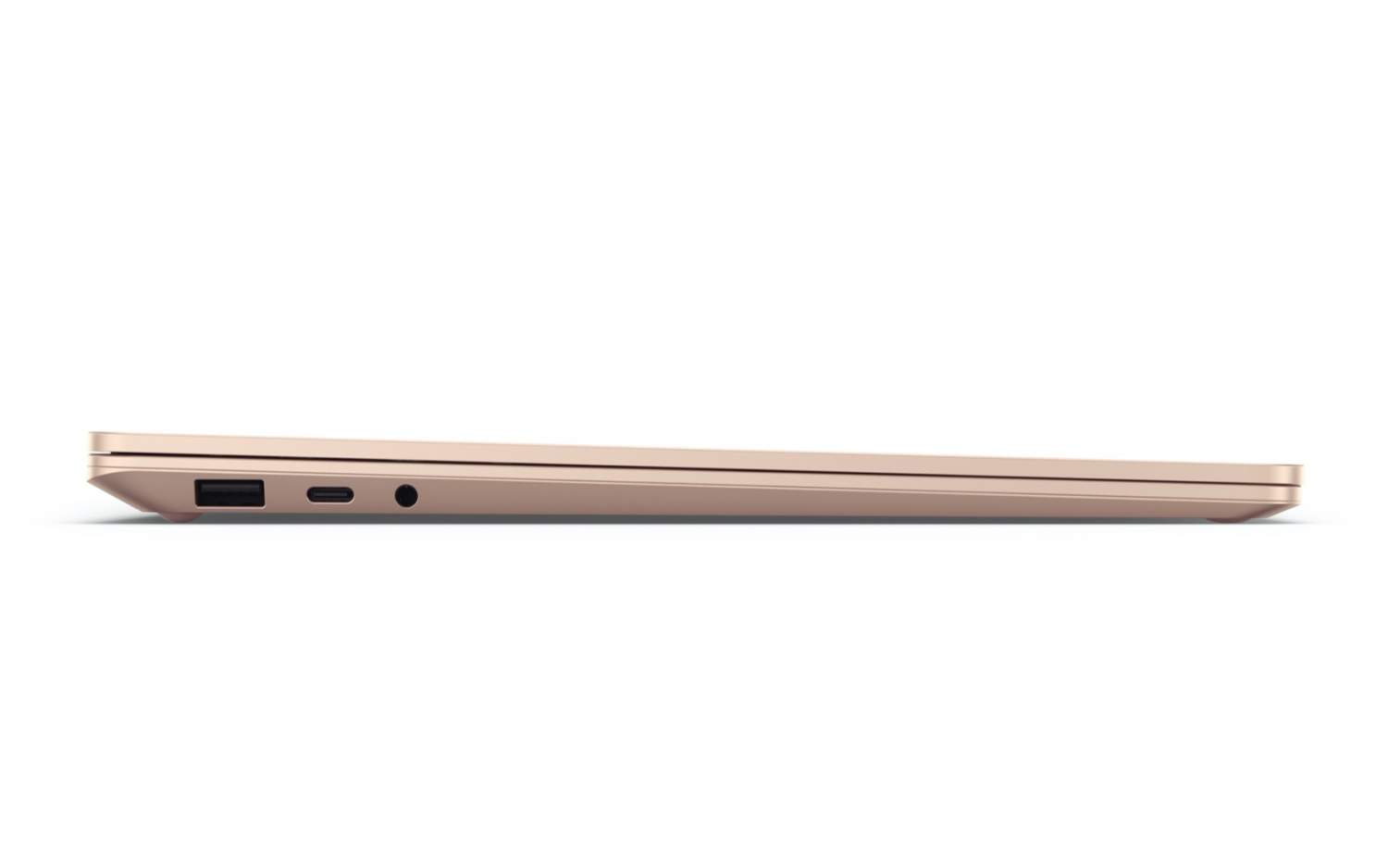 Ports include one USB 3.1 Type-C, one USB Type-A, a 3.5mm headphone jack, and a Surface Connect port. There’s still no Thunderbolt 4, however: Microsoft says that keeps parity between the Intel and AMD versions. The 720p HD camera – with Windows Hello support – is carried over from the Surface Laptop 3, but with new software and algorithms for better performance. You also get dual far-field Studio Mics and Omnisonic Speakers with Dolby Atmos 9. 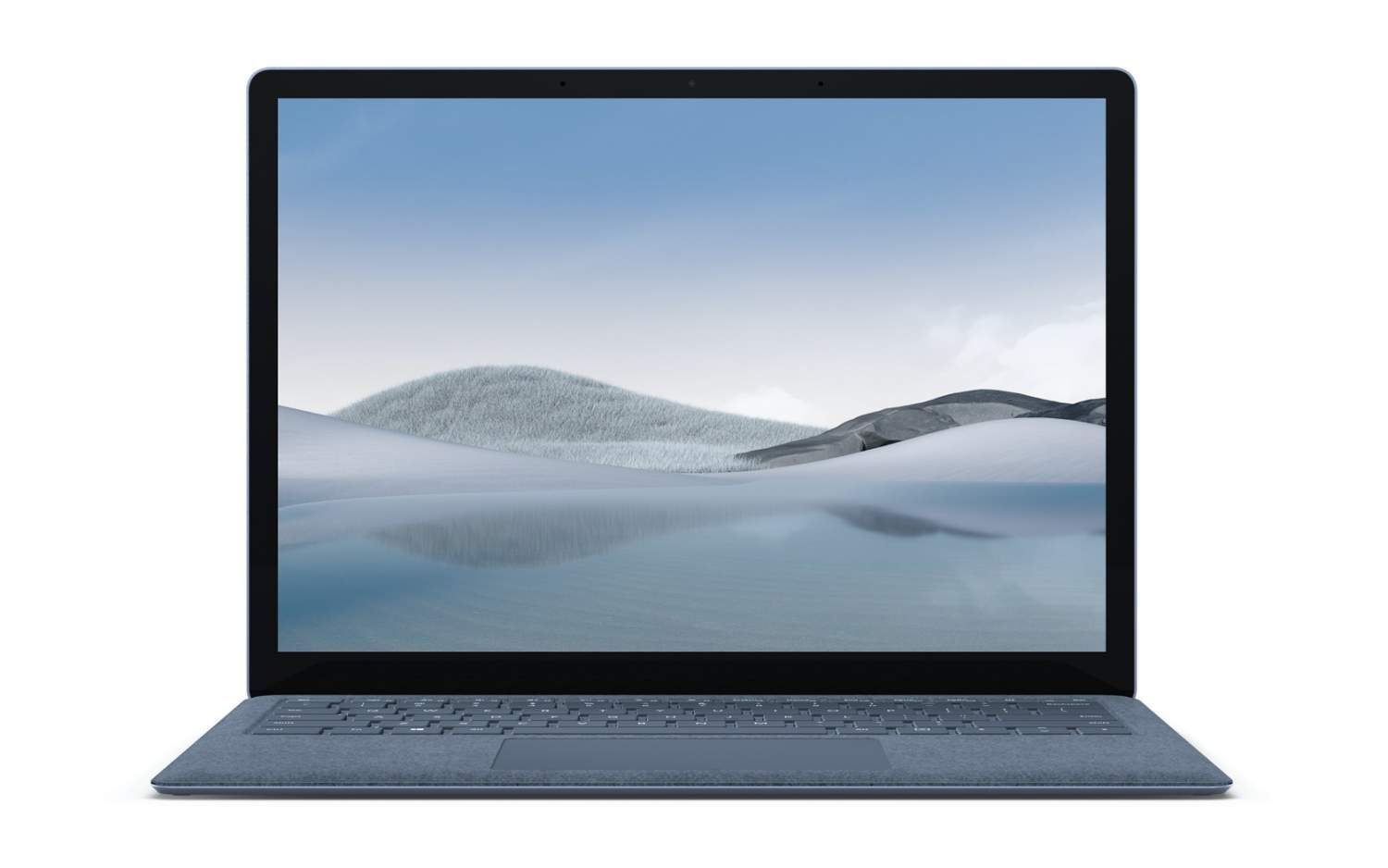 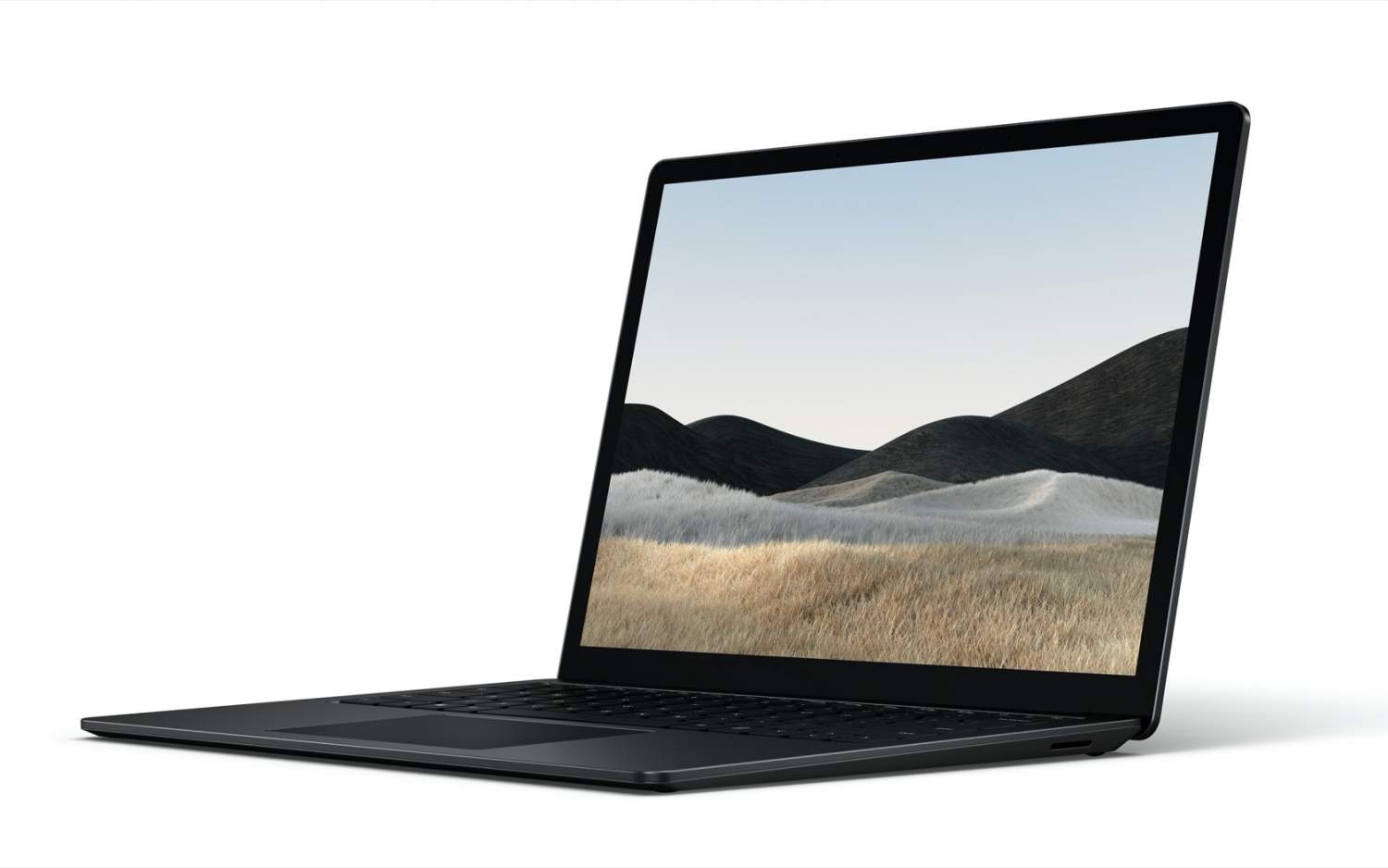 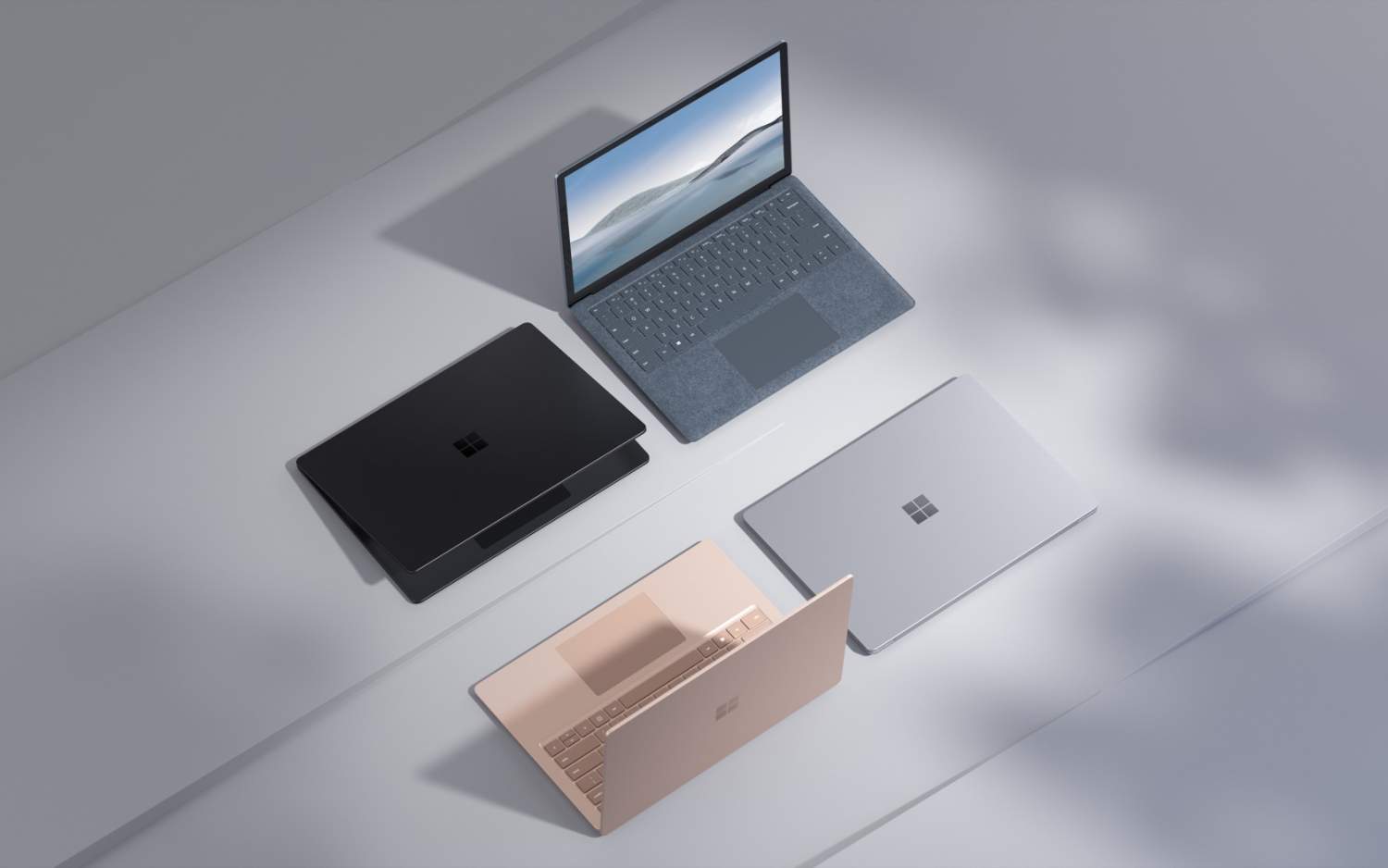 Preorders open from today in the US, Canada, and Japan, with broader availability in the coming weeks. Surface Laptop 4 will begin shipping from April 15.