The Microsoft Surface Laptop Go arrives at a time when it feels like everyone needs a computer of their own. The expectations we have of our computers – and the access we need to them – has changed immeasurably this year: a rise in home-schooling, remote-schooling, and working-from-home has in part turned the laptop market into a numbers game. A shared PC or Mac just isn’t going to cut it any more, not when multiple members of the same household now each need hours of access.

Just as the Surface Pro spawned the more attainable Surface Go, then, so the well-reviewed Surface Laptop paved the way for this Surface Laptop Go. Like before, the “Go” badge prepares you for some compromises along with the lower price tag – turns out, there are some things Microsoft is willing to sacrifice, and others it won’t. 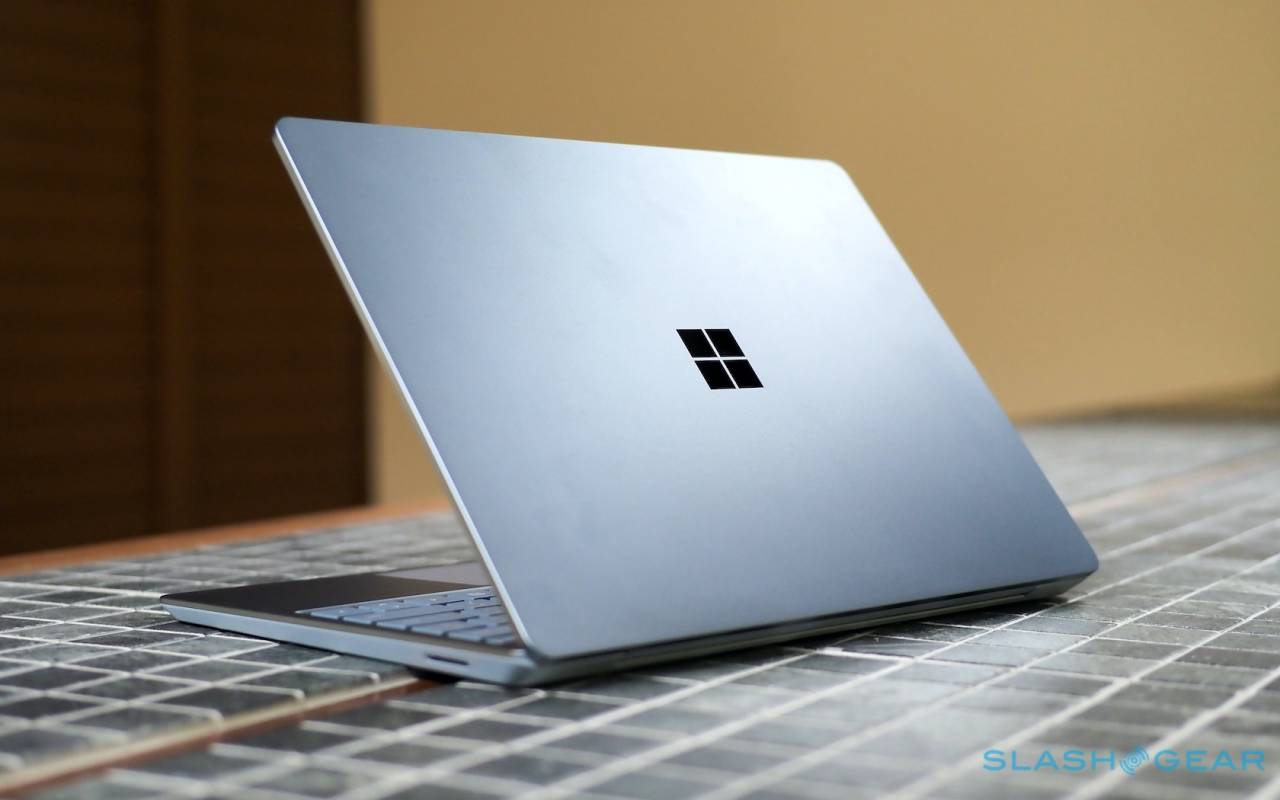 The Surface family resemblance is clear, though with concessions to price. Microsoft uses aluminum for the top, in a choice of Sandstone, Platinum, or this fetching Ice Blue finishes. The bottom, though, is a polycarbonate composite resin, with the feel of soft-touch plastic. For the most part it doesn’t come across as cheap, though the flex under the hinge when you squeeze it isn’t entirely reassuring. 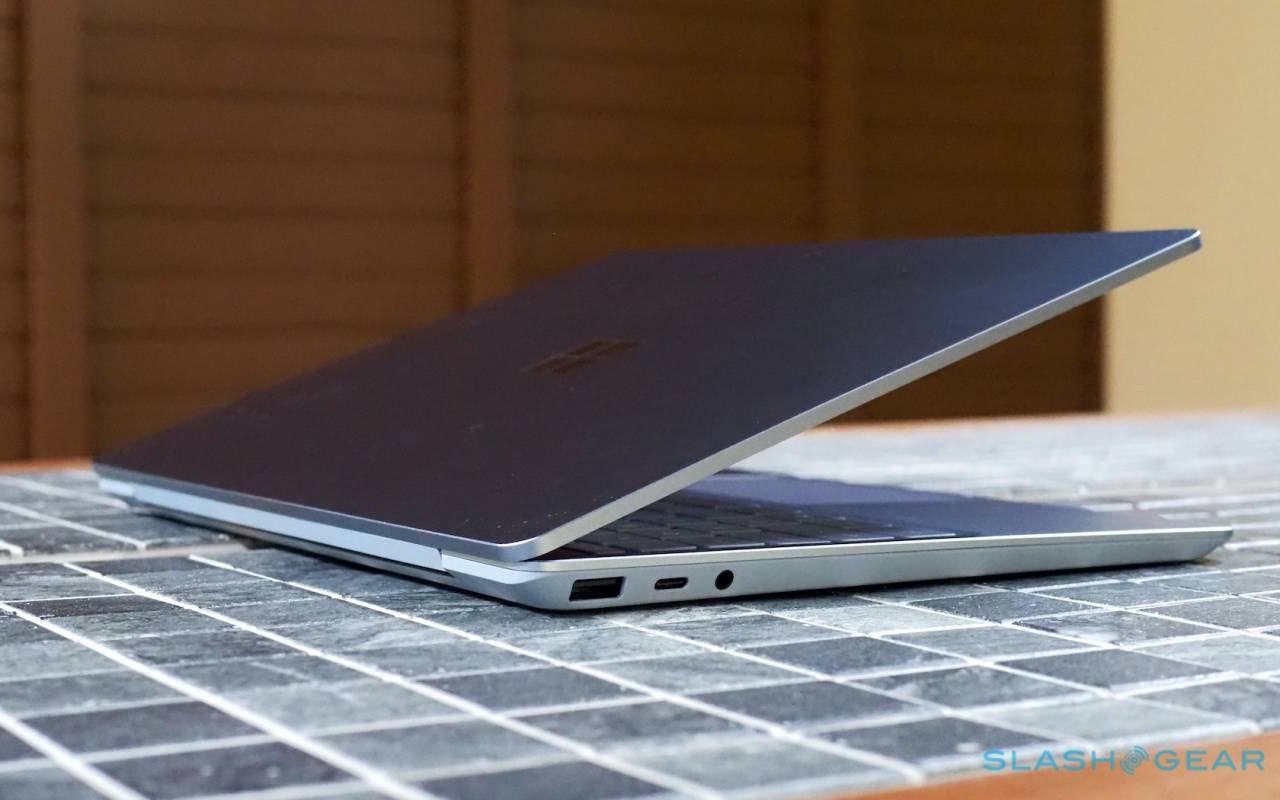 The trade-off isn’t just in cost but weight, however. At 2.45 pounds it’s easy to carry around, and undercuts both a 13-inch MacBook Air and a 12.9-inch iPad Pro with the Magic Keyboard attached.

The headline feature of course – and the source of many Chromebook comparisons – is the $549.99 starting price. That, though, only gets you 4GB of RAM and just 64GB of storage. Equally frustrating, it’s eMMC storage, not SSD. 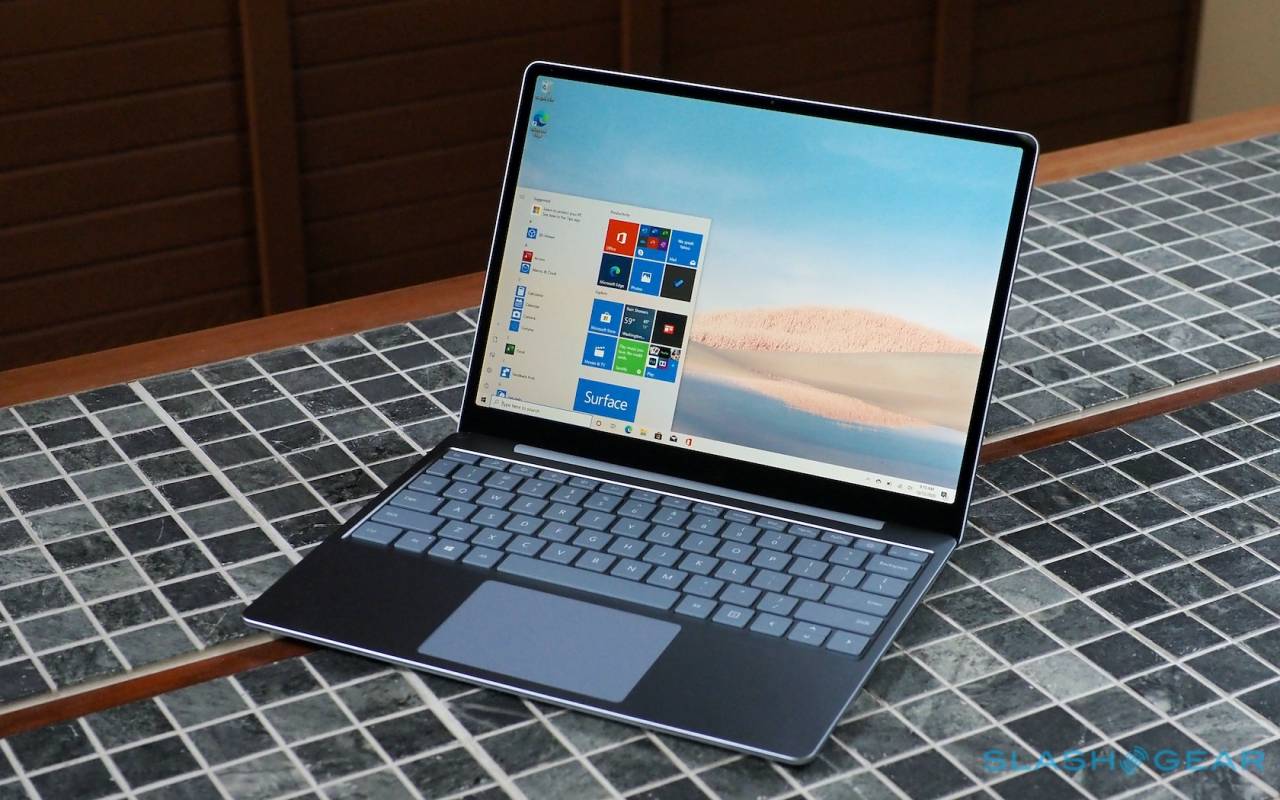 To correct that, you’re looking at the $699.99 mid-tier configuration at least, which has 8GB of RAM and 128GB of SSD storage. My Microsoft-supplied review unit, meanwhile, is the consumer flagship, with 256GB of SSD instead. It comes in at $899.99. There’ll also be an education-focused model with double the RAM, for $1,099.99. I can’t help but wonder whether Microsoft would’ve been better served making its cheapest configuration a Core i3 and spending the CPU savings on memory and RAM instead. 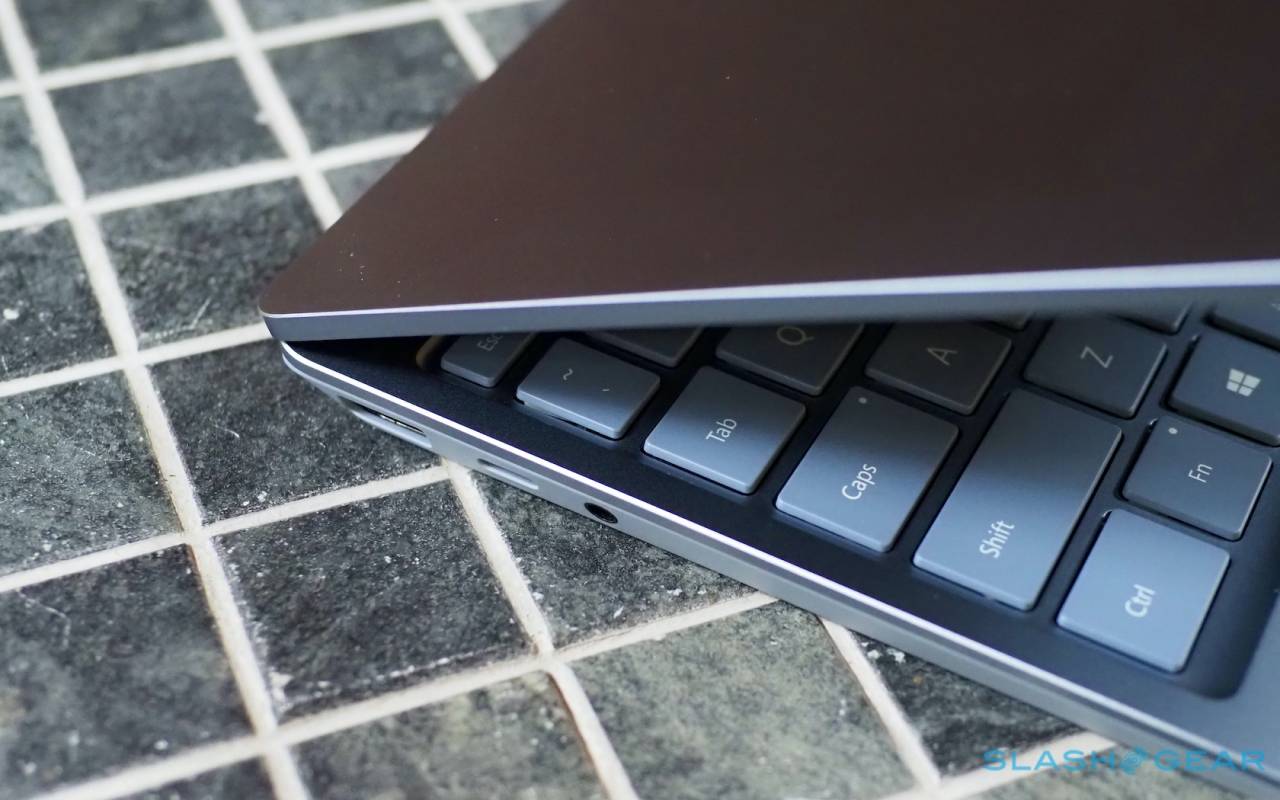 In Geekbench 5, the Core i5-1035G1 held up with solid though not outstanding numbers: a score of 1,165 in the single-core test, and 3,336 in the multi-core test. Overall, the Surface Laptop Go shouldn’t be your first choice if you’re a gamer or a multimedia editor, but that probably doesn’t come as a surprise. Day to day use, however, suits it just fine.

Where the Surface Laptop Go shines is the keyboard. Nicely spaced, plenty of travel, and with a key-feel that nestles in that sweet-spot between clicky and soft, it’s a genuine pleasure to type on. The glass-topped trackpad hits the spot, too, and you get 10-point multitouch on the display. 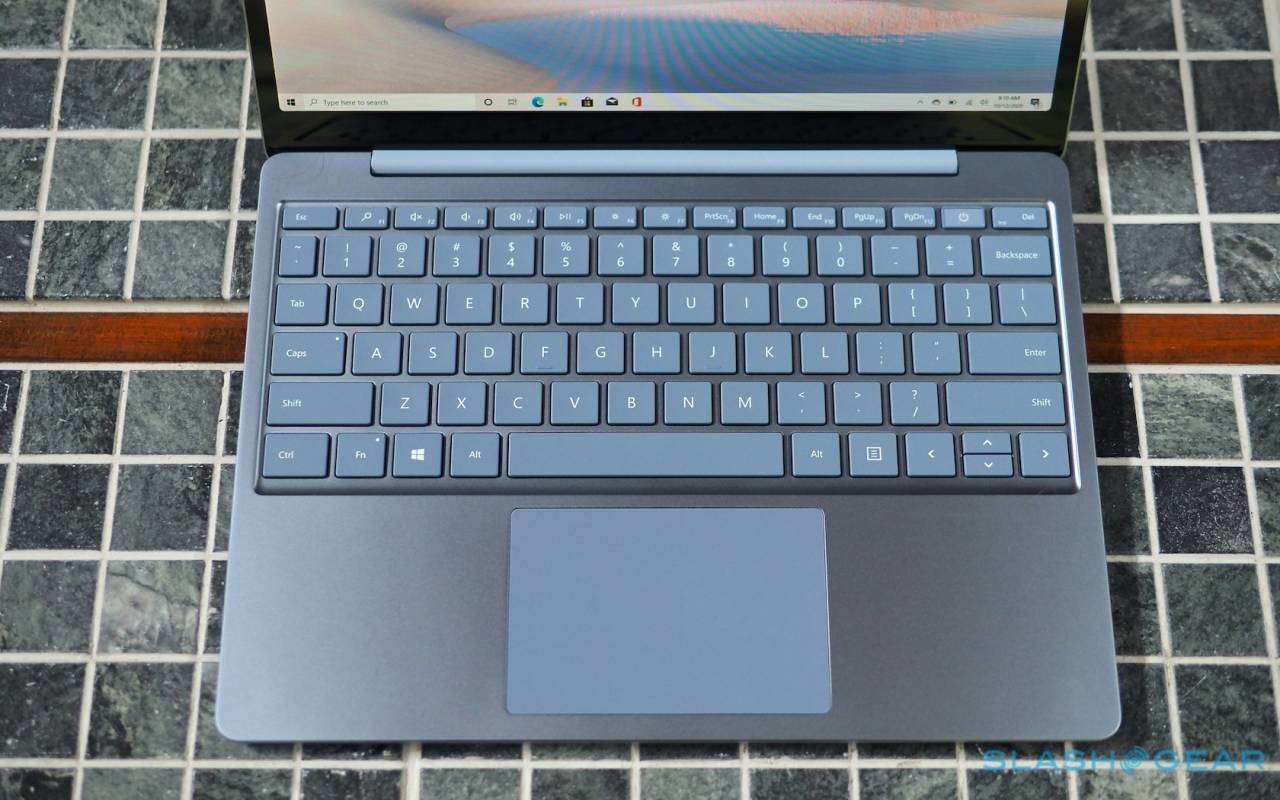 As for that display, I wouldn’t argue with some extra pixels. Microsoft makes a point of flagging the 12.4-inch panel’s 3:2 aspect ratio, but the 1536 x 1024 resolution feels a little crunchy at this point. It does the job, but compared to the other PixelSense screens we’ve seen on Surface models it doesn’t have their wow-factor. 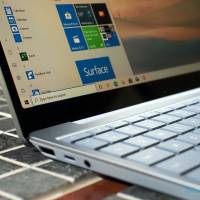 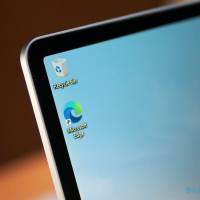 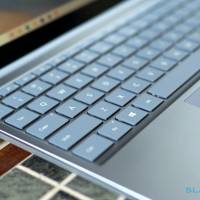 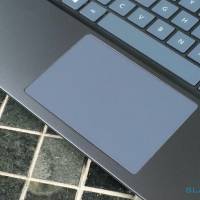 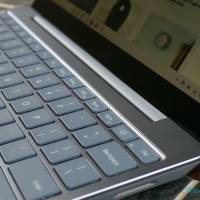 Elsewhere, some of the lingering frustrations in Microsoft’s Surface range raise their heads here, too. There’s a USB-A and a USB-C port, plus a 3.5mm headphone jack and Microsoft’s Surface Connect port, but no Thunderbolt. Unlike in the Surface Go 2, there’s no embedded cellular option. The cheapest Surface Laptop Go misses out on the useful fingerprint sensor more expensive configurations bake into the power button, too. 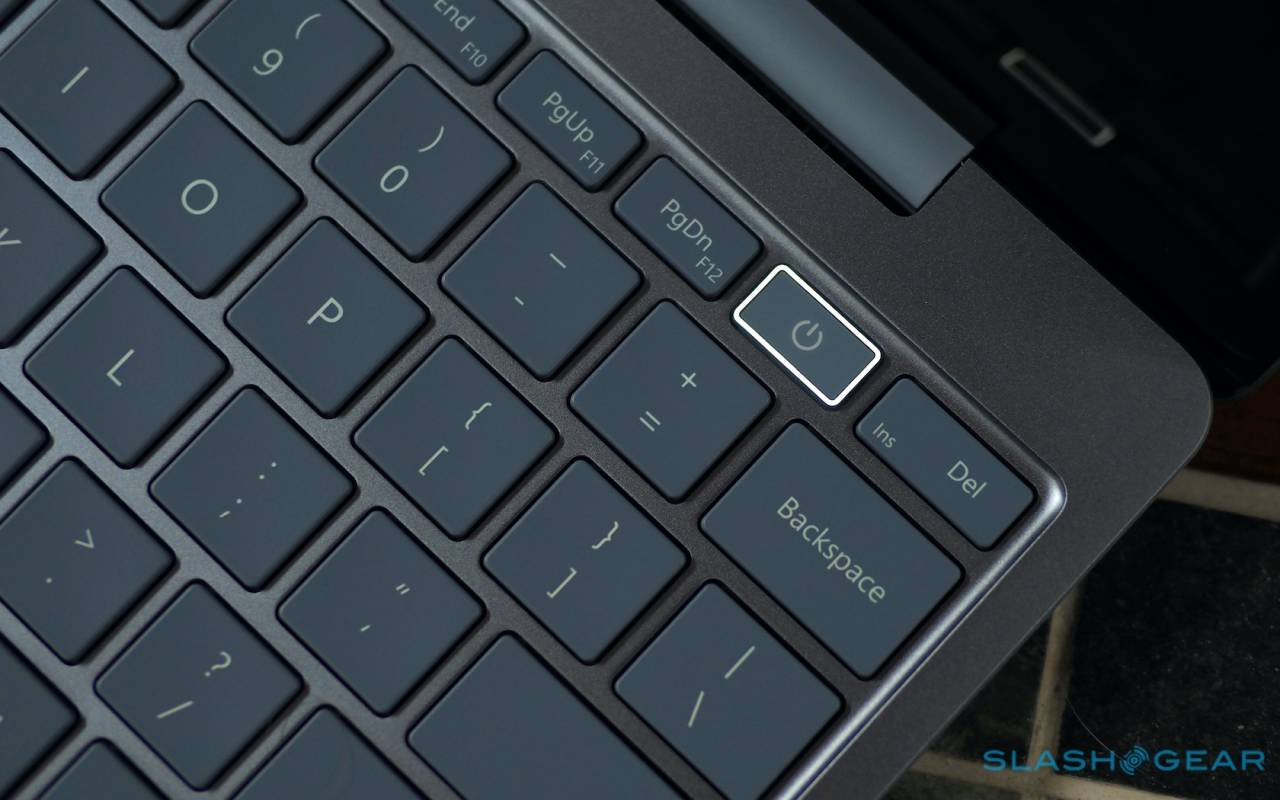 You do get WiFi 6 as standard across the range, and Bluetooth 5.0. The 720p HD camera doesn’t have the IR sensor alongside it for Windows Hello, but it’s sufficient for the video calls we seem to spend half our lives on now. Microsoft’s Studio Mics technology – using dual far-field microphones – is a step above what a lot of low-cost laptops support. As for the Omnisonic speakers, well, I can’t say I was surprised at their lack of bass, but the mids and highs get loud enough. 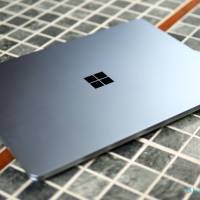 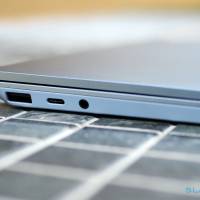 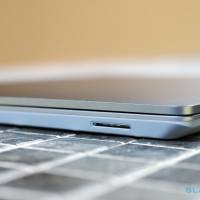 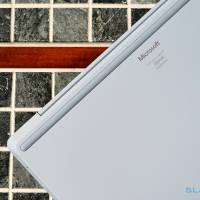 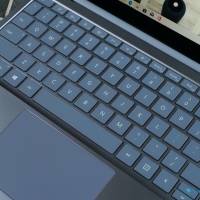 Microsoft says that the Surface Laptop Go should last for up to 13 hours on a charge. 8+ hours certainly seems a reasonable expectation from basic browsing over WiFi, editing documents, and dealing with email. 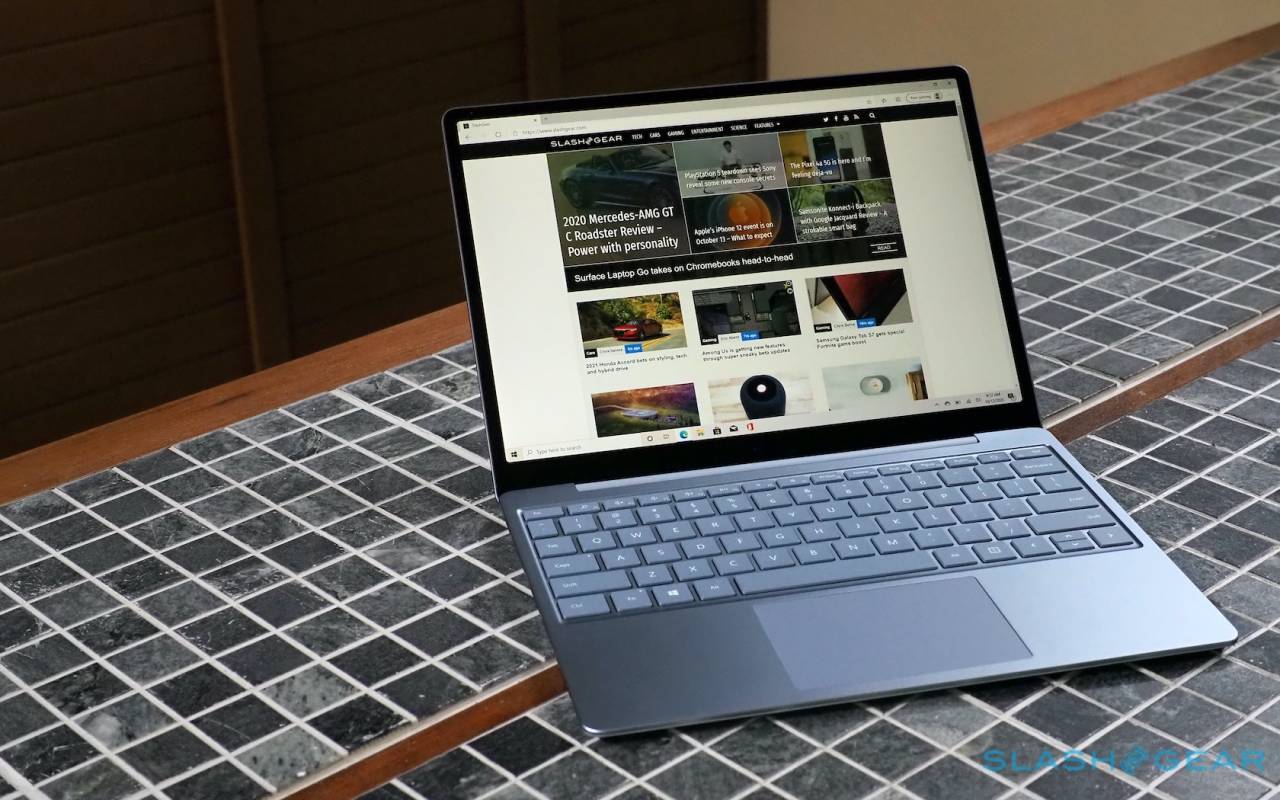 On that front, the Surface Laptop Go rises somewhat to the challenge, but it’s not a clean sweep. Had the $550 model come with even just 128GB of SSD rather than underwhelming eMMC storage, it would’ve been much more convincing. As it is, I feel like you have to accept spending at least $700 to get a notebook with sufficient headroom for Windows 10, and that in turn could get you better-spec’d (but less visually pleasing) alternatives from Windows OEMs, or indeed a couple of Chromebooks with more than enough power for day to day school or office tasks.

If, however, you’re willing to spend a little extra to treat your fingertips to a fantastic keyboard and trackpad, or on elevated industrial design that looks and feels a cut above that of most similarly-priced notebooks, the Surface Laptop Go makes more sense. Like other members of the Surface family, this newest model isn’t necessarily for everyone. Instead, it’s for those who can afford to budget for the areas where Microsoft has clearly focused the most.