Two mystery Mondays in a row: after Apple’s WWDC 2012 keynote last week, now here comes Microsoft with a surprise announcement of its own, believed by many to have a tablet at its core. Speculation about a new Microsoft-branded device – or devices – has resurfaced over the past week, though as before it’s a haze of rumor around a few nuggets of “trusted source” insistence. Partnerships with Barnes & Noble, the spread of Xbox LIVE, or even a gauntlet thrown down to Microsoft’s own OEM partners: one thing most agree on is that it’s a new slate in the offing, but that leaves plenty of angles Microsoft could take.

The most obvious strategy would be to follow Google’s lead with the Nexus program and pave the way for the next-gen OS with a Windows 8 and/or Windows RT model. Microsoft is a late arrival to the modern tablet marketplace – it may have had a Tablet PC Edition as far back as the days of Windows XP, but it came nowhere near the success achieved by the iPad in recent years – and it needs a strong push if it’s to steal marketshare from Apple (and, to a far lesser extent, Android).

Traditionally, Microsoft has been content to allow its OEMs to lead the way in hardware, while it futzes with peripherals and focuses instead on software. That’s avoided the tricky-to-balance situation of being both a software partner and a manufacturing rival. Nonetheless, it’s a compromise Microsoft may not be able to strike this time around: Windows 8 tablets need a strong, cohesive message, and what we’ve seen of OEMs’ ambitions, with myriad form-factors (see ASUS and Acer at Computex for evidence) as they frantically grasp for “iPad killers”, that straightforward proposition for customers is in short supply.

With its own tablet, Microsoft could shape the Windows slate scene much in the same way as the three Google Nexus phones have guided Android handset development. The big argument against it – that it disadvantages individual OEMs – doesn’t look to have held true for Android phones, with Samsung seeing its Galaxy S II and S III flagships sell incredibly well despite them not being the official “Google Phones.” 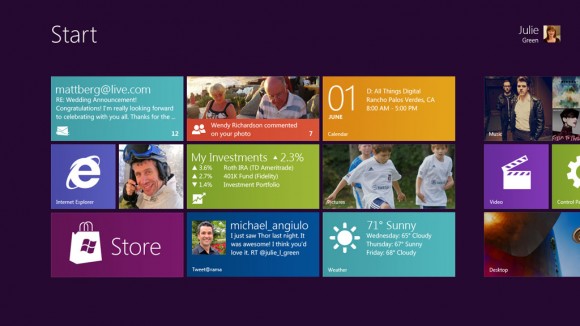 Microsoft already has one underdog on its hands, anyway, in the shape of Windows Phone 7. Still yet to make the segment-busting surge some analysts predicted, the smartphone platform has only really seen momentum with Nokia in recent months, a company notable for being yet to make a play for the tablet market. Ironically, the Metro interface debuted on Windows Phone initially left us desperate for a larger touchscreen device running the same OS, though that UI’s reappearance in Windows 8 means Microsoft’s continual denials of a WP7 slate are somewhat more believable these days.

That leaves what could be seen as the outliers, or more niche, avenues Microsoft might take. The company is a force to be reckoned with in gaming with the Xbox 360, and a gaming-focused tablet could build on that pre-existing momentum. Xbox SmartGlass, the multi-screen gaming system announced at E3 2012 earlier this month, could be an interesting frame to build a play-centric slate within, based on an underlying Windows embedded core – Windows Embedded Standard 8, perhaps – to chase a particular niche rather than every field the iPad plays upon. 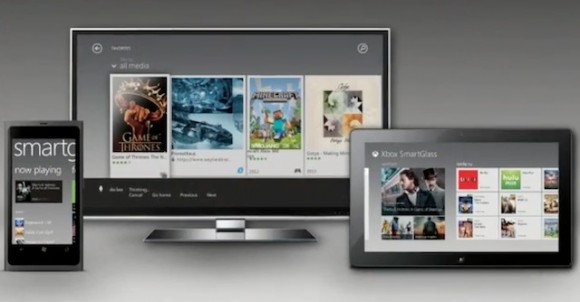 We’ve seen Microsoft consider niche devices before, though the company’s track record at bringing them to production is relatively poor. The Courier project is arguably the best-known, the idea being a heavily-tailored interface and suite of functionality on top of a never-seen Windows core. Sadly Courier is highly unlikely to be Microsoft’s big Monday reveal, but there have been whispers of an ebook and multimedia content consumption device that would mimic some of the focus of ereader-slates like Barnes & Noble’s NOOK Tablet (and may even involve a direct partnership with B&N). That comparative specificity of purpose could be sufficient to persuade Microsoft’s OEMs that their Windows 8/RT tablets aren’t in direct competition.

What’s certain is that Microsoft has gradually been building up its portfolio of functionality, strengthening its position in gaming (particularly Xbox LIVE, which is also tipped to be included in the B&N tablet collaboration), enterprise, home entertainment, mobile, and the cloud. The company has been paying lip-service to the idea of convergence and inter-connectedness for years now, but has yet to show us all of the pieces slot together in an holistic way. If it can do that on Monday, it could mark a significant resurgence from a company you’d be wise not to count out.

SlashGear will be at the Microsoft event on Monday, June 18, bringing back all the news – tablet or otherwise!