Wearables start-up Meta has spilled its first demo of the latest Meta.01 developer edition augmented reality headset in action, promising shipping of the wearable computer from as early as the end of April. The wearable, which uses twin transparent displays to overlay digital graphics on top of the real-world, will come preloaded with a gesture-controlled sculpting and 3D printing app, which Meta has demonstrated in its new video: the wearer is able to indicate the shape of the required object in front of them with their fingers, and have that virtual shape automatically rendered for a 3D printer and made real.

The app relies on Meta’s ability to individually identify and track each of the user’s fingers, projecting a virtual interface for the modeling right in their line of view. There’s also plentiful use of gestures, such as reaching out and “grabbing” the final design and then “dropping” it on the 3D printer. 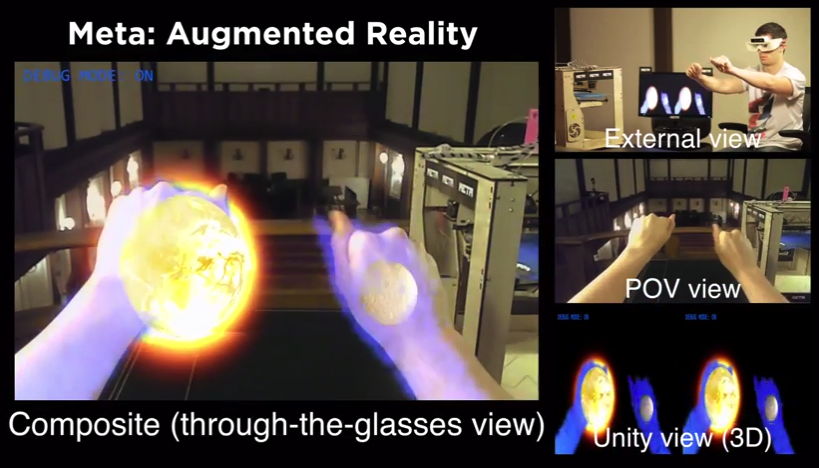 Meta had shown off a similar, CGI-rendered demo before, but this version of the ZeroUI sculpting app has been updated and refined ready for the developer edition’s release, Meta product manager Matt Kitchales told SlashGear, and is shown here fully-functional. It’s one of a number of “secret apps” that the Meta.01 will come preloaded with, details of which will be shared over the coming weeks, along with more videos of the headset in action.

Although undoubtedly a sleeker design than the first prototype Meta showed off, the Meta.01 developer edition really only paves the way for the company’s first consumer product, the Meta Pro. That will look far more akin to a set of fashionable sunglasses – albeit large ones – which is expected to ship from July this year.

Meta Pro will feature a much larger field-of-view than the developer version, though both offer what Google’s Glass does not: blending of the digital and real in one view. Glass positions its monocular display up in the corner of the wearer’s eye-line, whereas Meta uses binocular vision and mixes virtual graphics into the user’s perspective. 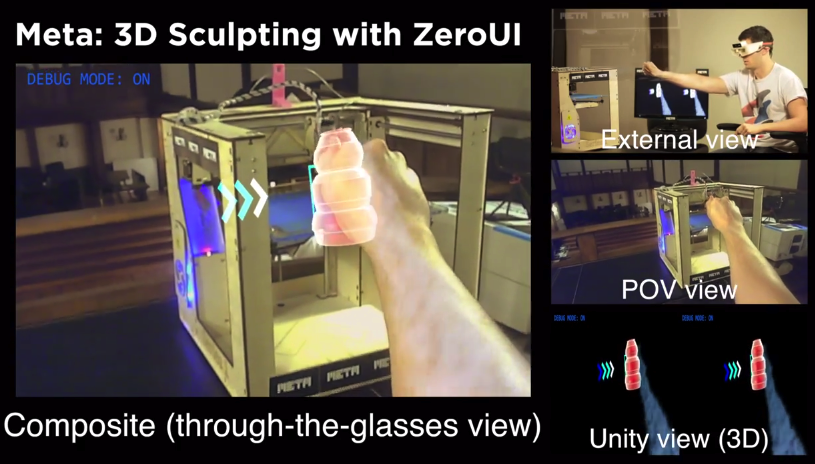 That just what augmented reality and wearables pioneer – and Meta advisor – Professor Steve Mann has been talking about, and it’s the company’s key strategy with the headset when it launches. Although the Meta Pro will be relatively expensive, at $3,650, it will effectively be a fully-functioning laptop in a set of glasses, only one with a huge display that wraps around the wearer’s world.

Meta’s hope is that enough developers jump on board with the initial Meta.01 kit to get the third-party app situation to the tipping point. The developer edition is up for preorder now, priced at $667. It’ll ship in late April or the beginning of May 2014.