Meta 1 wearable: We talk “The Apple of AR” with founder Meron Gribetz

Meta may not be the first name you think of in wearables, but the $200k Kickstarter startup that wants to be the Apple of augmented reality isn’t letting that hold it back. The project prompted dropped-jaws and skepticism in almost equal measure back in January, with its full-digital-overlay concept, and less than a year later the first hardware is almost ready to ship. We caught up with founder and CEO Meron Gribetz ahead of the second phase of the Meta reveal – and the debut of a new version of the meta 1 headset – to find out what’s next in hardware for the company, discuss the premium you’ll pay for true AR, and why he’d say no to Samsung.

First up is the meta 1 Dev Kit, which Gribetz says is on track to ship in September to Kickstarter backers. Effectively cobbled together around an Epson wearable display which overlays a digital layer on top of the real-world view, so that you see through the computer-generated graphics rather than flicking your attention between them and what’s around you, the roughly $667 headset raised almost double its original goal on the crowdfunding site, as well as gaining the attention of “hundreds of developers” the founder says.

As those developers work on applications using Meta’s in-house SDK, the company will be working on the next generation of hardware and refining the overall experience. It has some expert help, too, with “father of wearables” Steve Mann and augmented reality pioneer Steven Feiner both joining the Meta team as advisors. Mann – who has been wearing body-worn computers since the 1980s – has been supplying Meta with PhD students from his lab at the University of Toronto, as well as being in contact with the company “on a daily basis.” 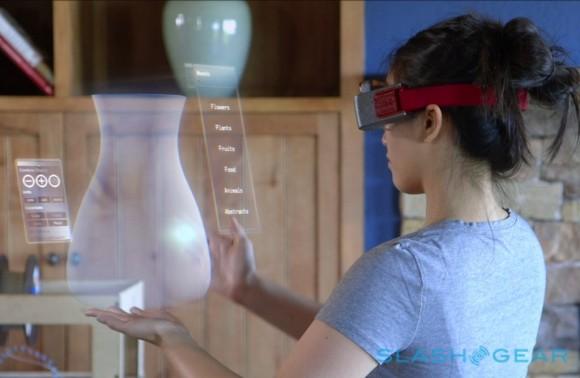 A couple of months after, then, comes the meta 1 Modified, a redesigned version of the original developers’ kit that, as Gribetz concedes, is “a little bit more sexy” than the clunky first-gen hardware. Still recognizably based on the Moverio eyewear, the Modified version swaps the glasses-style arms for a more secure headband and fairs in the depth-sensing camera array more completely. Meta is also showing it off in a range of primary colors.

It’ll be the meta 2, due Gribetz says a few months after the Modified version, that really brings the first step up in hardware. For a start there’s the promise of better optics – the first-gen model has a pair of 960 x 540 resolution panels – and more accurate sensors, while the aesthetics will again get a polishing along the way. More importantly, perhaps, the hand-tracking and AR algorithms will be more mature, Gribetz points out, and the Meta app store is expected to be better stocked.

It’s an ambitious roadmap, but Gribetz doesn’t lack enthusiasm or determination for the project. The start-up has gone from a single full-time employee – Gribetz himself – supported by four part-timers, to 10 full-timers and the same number again of full-time contractors, he pointed out to us. “We’re taking this mission extremely seriously” he said.

The focus is on seeing meta 1 not as a Google Glass rival, but as a way “to switch paradigms in computation” the CEO claims. Glass is “an accessory to your phone, or an extension” whereas “meta is a replacement for your computer, eventually.”

First step on the software and apps side is what Gribetz describes as “low-hanging fruit”: existing 3D applications, like architectural modeling, designing and manipulating objects for 3D printing, and gaming. There, interacting within a 3D space is a known paradigm, which lowers the amount of explanation Meta has to do, he pointed out. Nonetheless, there’s still room for innovation: multiple people wearing meta 1 headsets will be able to collaborate on design in ways until now not possible, for instance, while the laser tagging demo in Meta’s new video suggests a shared 3D gaming experience.

Today’s computers often idle along doing mundane office tasks, however, and we asked Gribetz if he really envisaged the meta headset being used by people working through spreadsheets and text documents. In actual fact, he told us, Meta plans to tackle office applications “shortly after” the initial 3D apps. The company already has the first augmented reality keyboard patented, and is working on ways of manipulating spreadsheets with voice commands.

With the same sort of power as a modern notebook, but the potential to turn every wall of your office into a virtual display, a meta headset suddenly starts to look more than just a piece of geek jewelry as Glass has been accused of being. “At that point, our device becomes more valuable than a laptop” Gribetz argues, pointing out that a $600 meta 1 Dev Kit offers a lot more technology for a lot less money than Google’s Explorer Edition of Glass. 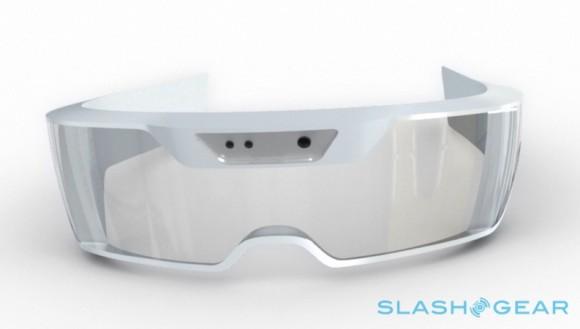 Gribetz wouldn’t be drawn on exactly how much Meta expects consumer versions of the wearable to cost, but did say that there’s the possibility that they could end up being more than the initial Dev Kit. Rather than follow Google’s approach, pricing the developer edition high with the promise of far cheaper consumer iterations later on, Meta is hoping to drum up developer interest by offering the initial model cheaply, and then push up the price as the value proposition demonstrates itself.

“We charge the value” he explained, pointing out that part of the eventual appeal will be the inherent craftsmanship and aesthetic of a device destined to spend a lot of time highly visible on your face. “Imagine an iPhone-quality pair of sunglasses” he described to us, pointing out that Apple’s smartphone commands a top-tier price through a combination of premium features and construction.

In fact, the Apple example is one that comes up often when you talk to Gribetz. “Apple is a tangible comparison” he argues, highlighting the fact that, like the Cupertino firm, Meta is resisting the common start-up urge to do everything itself. Instead, Meta has worked with different specialists, each contributing a sensor or other technology, then packaging them up nicely in the belief that the final product is more than the sum of its individual parts. 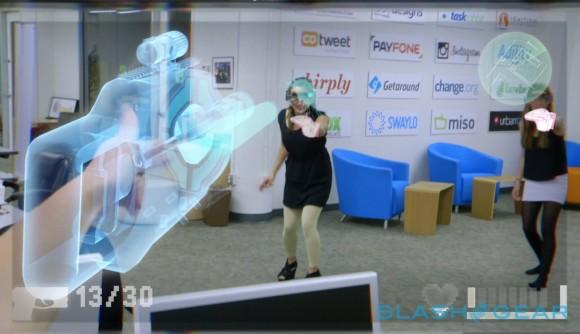 Also like Apple, Meta isn’t interested in licensing out its technology or flooding the market with minutely-different iterations of the wearable. Asked whether the company would consider licensing its work should, say, Samsung come calling, wanting to make a “Galaxy Meta”, Gribetz was defiant. “Absolutely not,” he told us, “and you can quote me on that!”

Instead, there’ll be a “unified, clean system” that’s “developer friendly” rather than thirty different, mildly varied versions of the same meta. “We want to make it extremely easy for people to develop [for meta]” Gribetz explained.

“Meta is not a short term play,” he concluded. “We want to pioneer a model that people like Samsung will rip off down the line.”