Earlier this morning, we posted about the Meta 1 augmented reality headset — a rather unique pair of glasses that lets you play around with virtual 3D objects in the real world. Being right on schedule, the project has officially hit Kickstarter, with the goal of raising 100 grand in just 30 short days.

Right off the bat you can tell that Meta 1 is a bit different than Google Glass, but that’s also because Meta 1 serves a particularly different function than what Google Glass offers. While Glass merely consists of a small display that shows you alerts and other information, Meta 1 shows you virtual 3D objects that are mixed in with the real world in front of you.

The device itself is still in the development stages, hence the fact that the Kickstarter campaign is for a dev kit of the Meta 1. And as such, the pair of glasses aren’t quite as compact as Google Glass. The Meta 1 features rather squared-off frames that look uncomfortable, with a 3D webcam mounted on the top. Granted, it’s only meant for developers, so the final version should be much more catered towards consumers.

Essentially, the goal for the Meta 1 is to create HUDs similar to those seen in Iron Man and Minority Report, but once more developers join in and begin to make apps for the headset, the possibilities will most likely be endless. The video above gives some decent examples of what’s possible the Meta 1.

The hardware specs of the Meta 1 are quite impressive at this point. You get a 960×540 resolution with each eye that comes with a 23-degree field of view for each eye as well. The webcam that sits on top includes two cameras (one for each eye), and the glasses have HDMI and USB input. And despite looking a bit cumbersome to wear, they only weigh a little over 10 ounces. 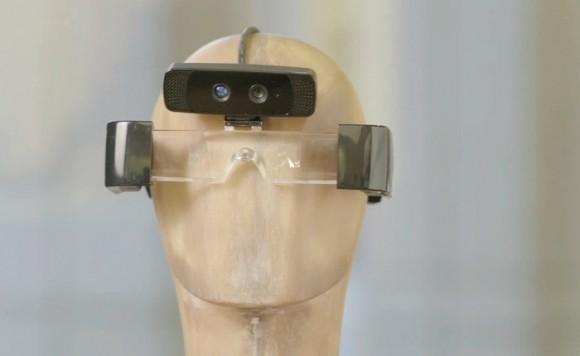 The company plans to have these development kits shipped out starting in September of this year. As for price, the full development kit will cost $750, which is a bit steep compared to other headsets, like the Oculus Rift, but the Meta 1 does seem a bit more complex. Granted, it’s still half the price you’d pay for Google Glass Explorer Edition, so if you’re bank account is only allowing so much cash to be spent, the Meta 1 is the cheaper grab.