Manhart MH8 800 returns with tons of power and sporting appeal

German tuning expert Manhart has a knack for tuning turbocharged V8 BMWs like the MH5 GTR (an extreme version of the M5 Competition model) and MHX6 700WB (an X6 M on steroids). It has now affixed its sights once more to the BMW M8 Competition coupe, and the new car has more of everything than the last MH8 800 that debuted more than a year ago.

And unlike the previous MH8 800, the new car is not wearing the usual gold and black Manhart paint combo. In addition, only ten units will ever exist, making it a genuinely limited-edition model hence its official name: MH8 800 Limited 01/10. 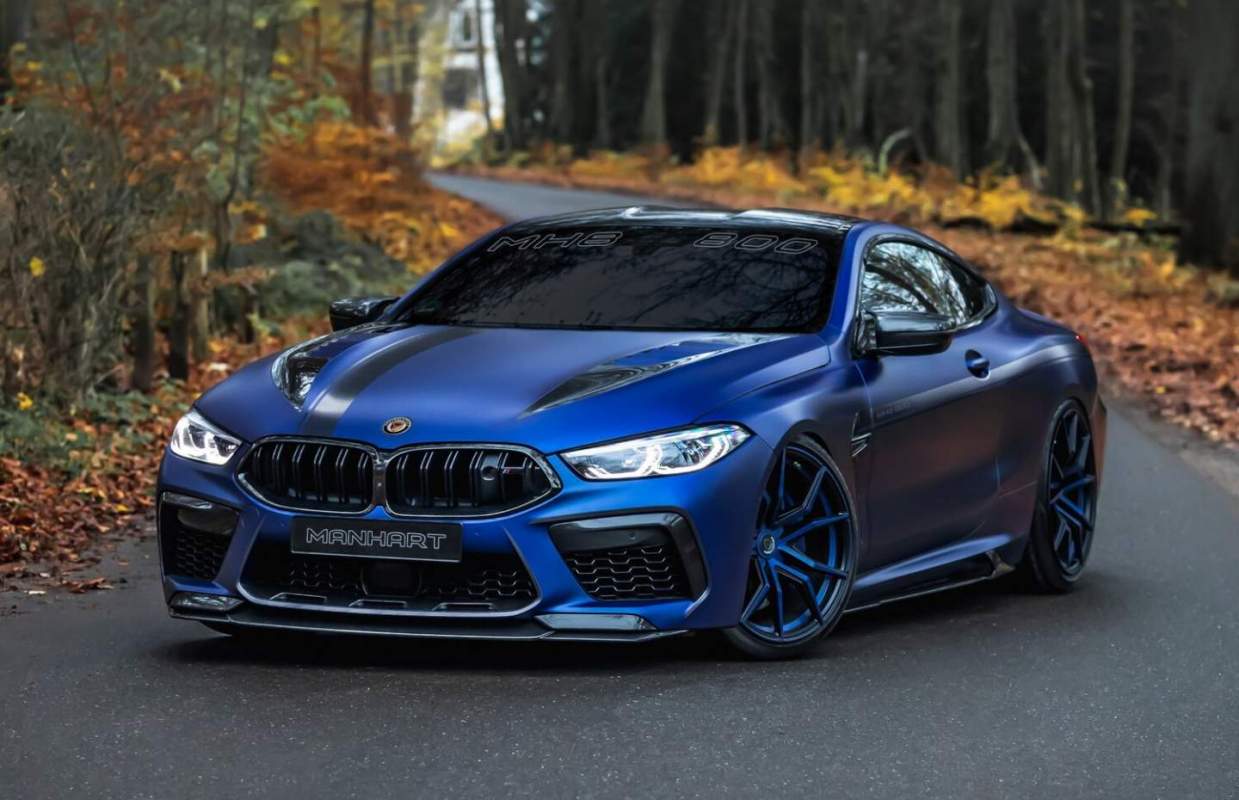 As expected from a Manhart creation, the MH8 800 features a carbon-rich exterior, and you’ll find it in the hood cutouts, front spoiler, side skirts, and rear diffuser. This particular example is wearing matte blue paint (with racing stripes) and has color-coded 21-inch Manhart Spider wheels wrapped in wider low-profile performance tires. In addition, the lowered stance is courtesy of Manhart height-adjustable springs by KW suspensions. 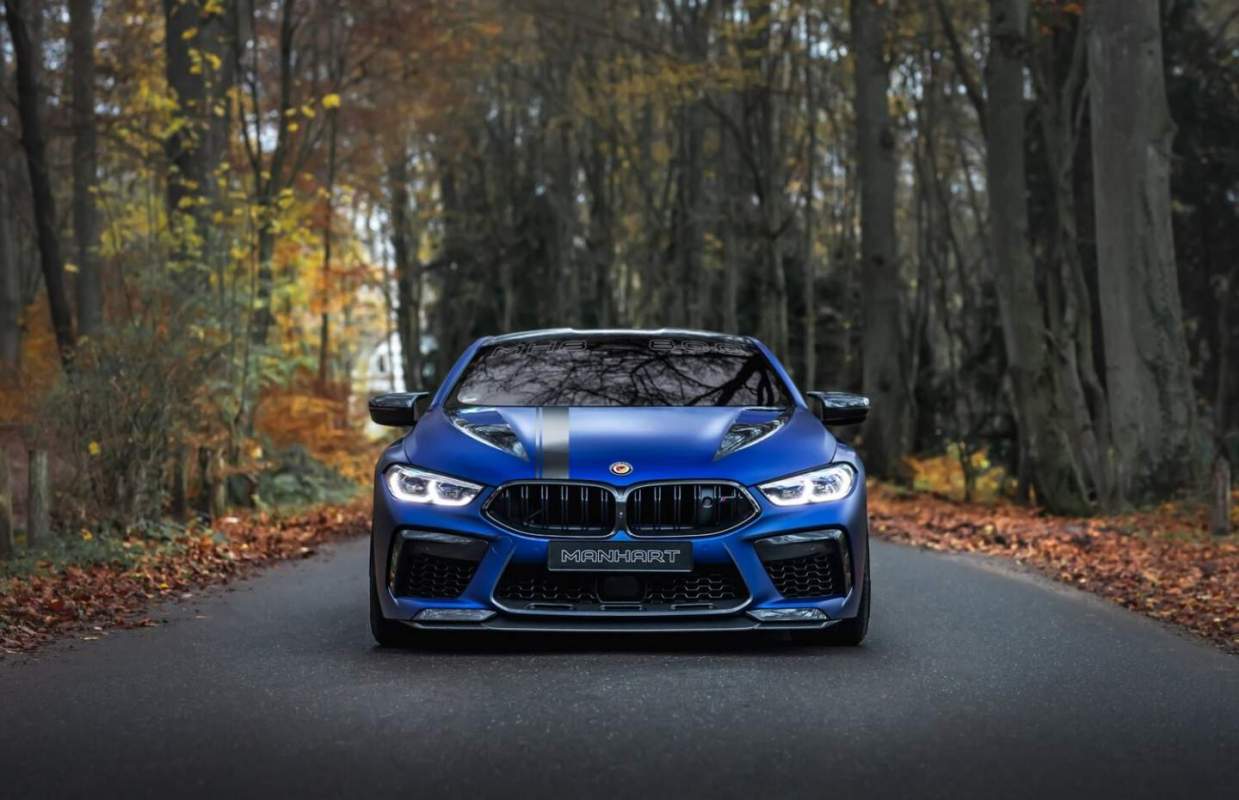 Under the hood is where most of the magic happens. The newest MH8 800 retains the stock M8 Competition’s 4.0-liter bi-turbo V8 engine. But with a new Manhart turbo performance kit, a Manhart intercooler, and a remapped ECU, it now pumps out 823 horsepower and 774 pound-feet of torque, quite an uptick over the stock car’s 625-horsepower and 553 pound-feet torque output. 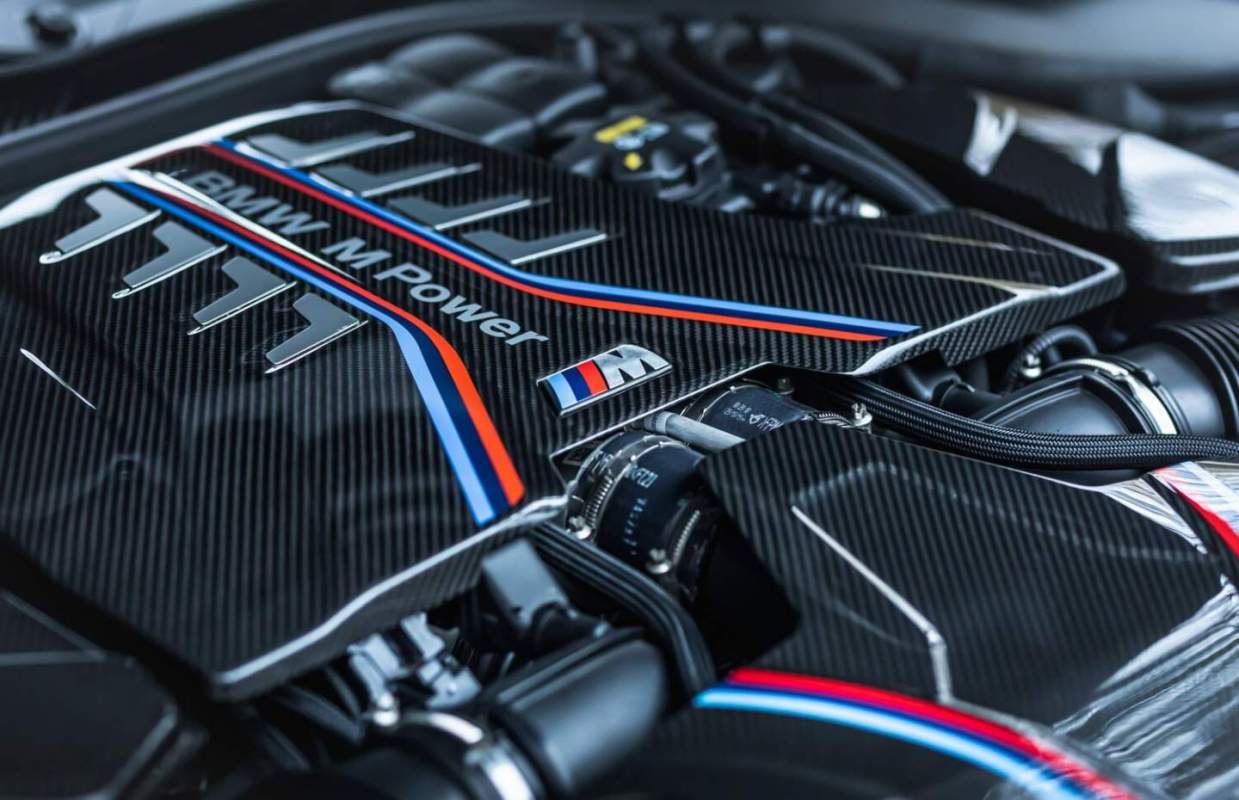 With that much power, it scoots to 60 mph from a dead stop in under 2.6-seconds. It also reaches 60 mph to 124 mph in 5.7-seconds. It’s not only properly quick, but we bet it sounds the business with a modified exhaust and quad four-inch carbon-clad tailpipes. Manhart will gladly install racing downpipes without cats or a stainless steel OPF-delete exhaust system for additional money if you like more sound. 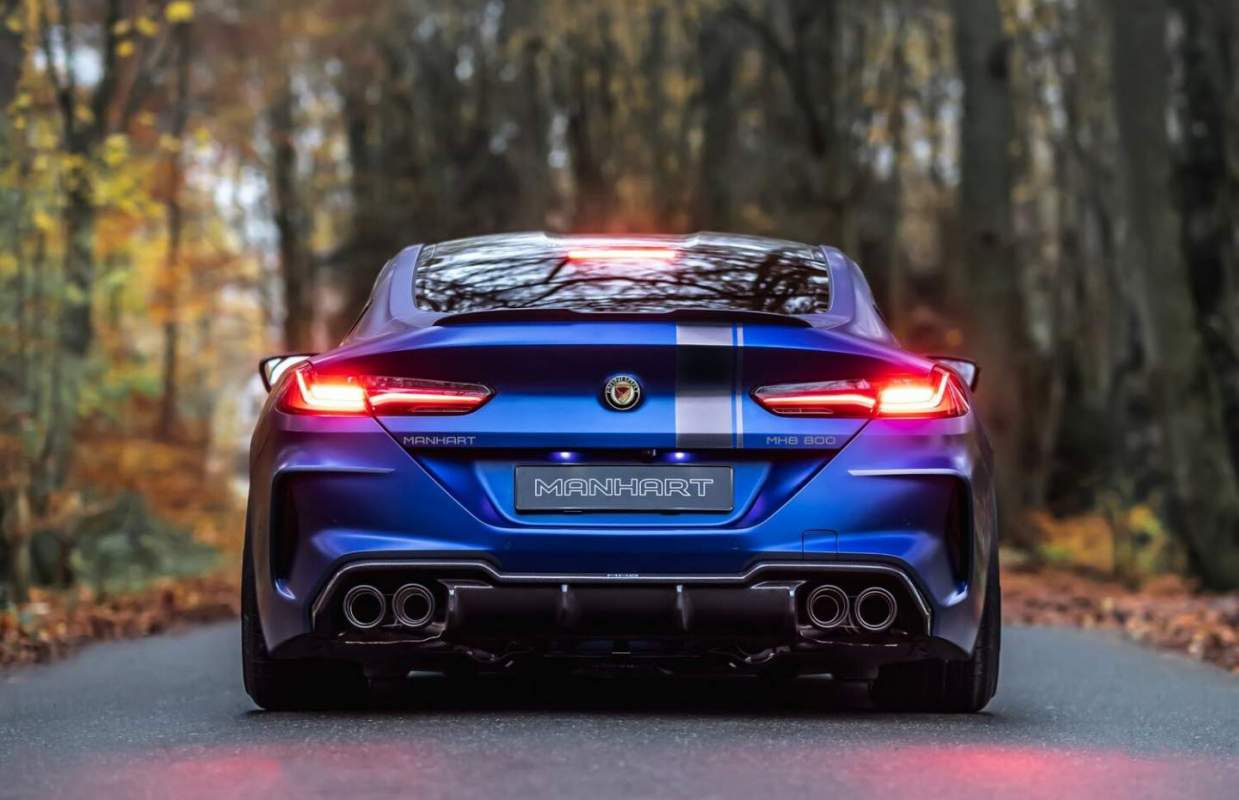 Of course, every aspect of the Manhart MH8 800 is fully customizable by the buyer, including the interior. Standard fitment is Manhart’s carbon refinement package that adds carbon accents on the steering wheel and paddle shifters. Still, you can typically commission a fully bespoke interior with your personal choice of colors, materials, and finishes. 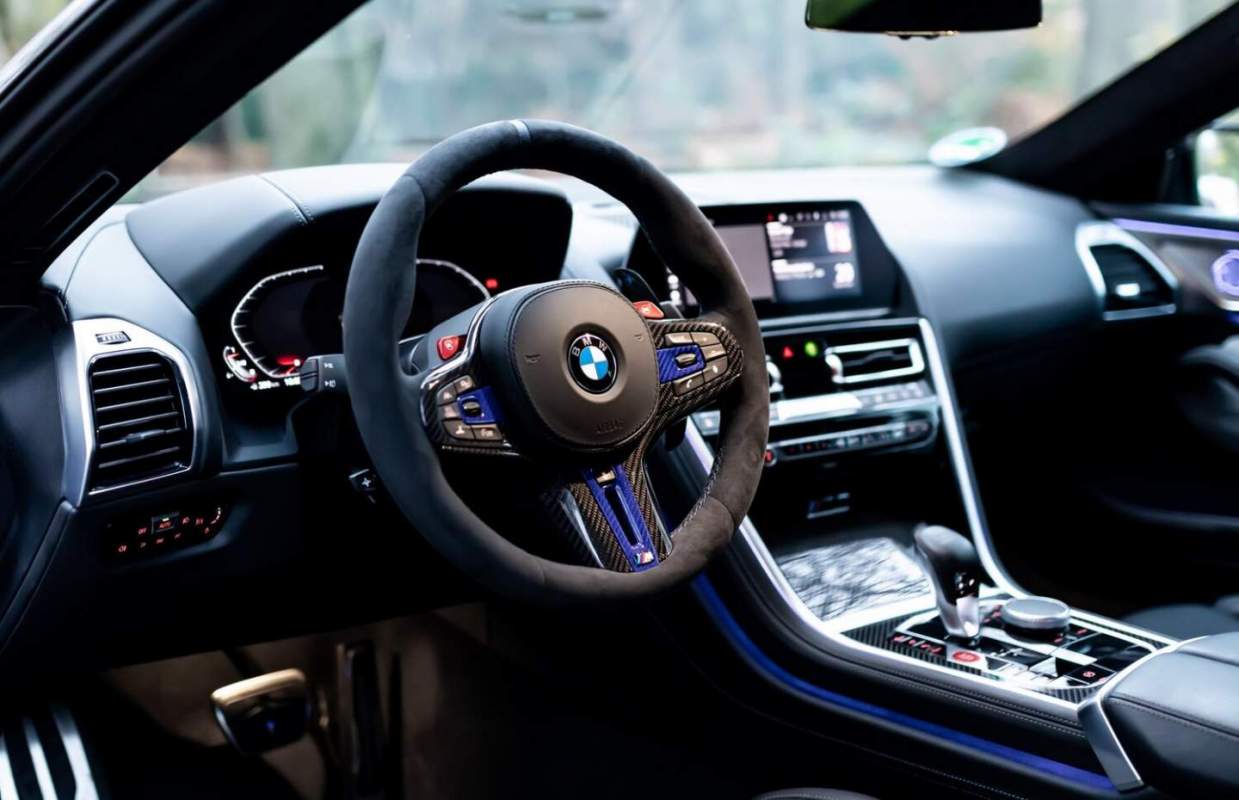 Manhart failed to mention how much all this wonderment will cost. BMW has lowered the MSRP of its 2022 BMW M8 Competition from $155,500 to $139,500 (not including destination fees). After factoring in the mods, you’ll probably end up with a sub-$150,000 bill, not a bad price to pay for a limited-edition, supercar-baiting grand tourer. 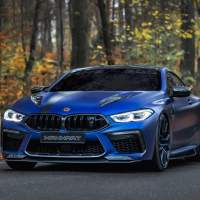 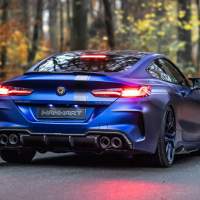 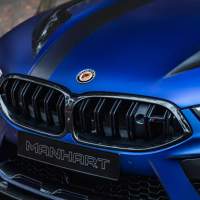 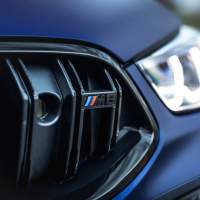 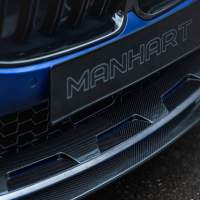 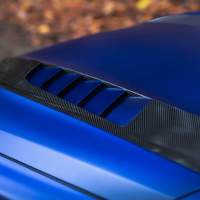 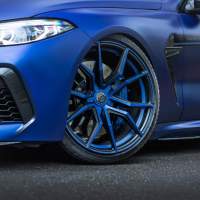 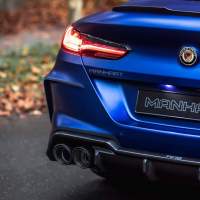 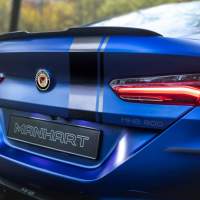 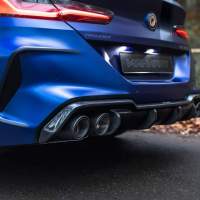 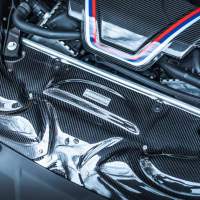 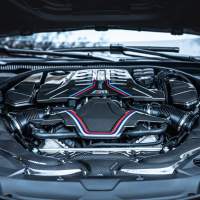 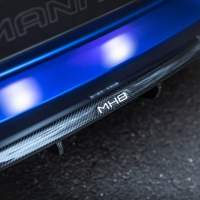 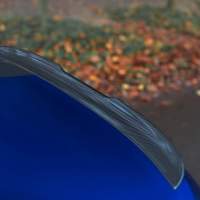 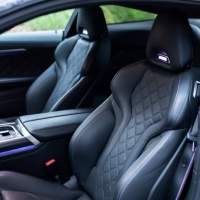 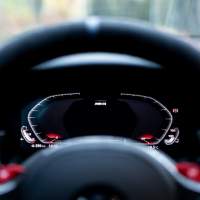 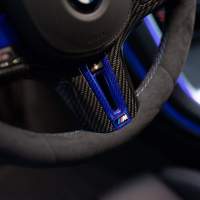 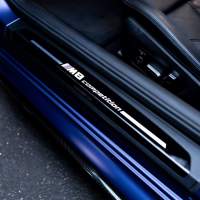