When it comes to the world of HTC releases, it’s easy to mistake a new model for a new generation of the original HTC One. Keeping that in mind, we’re bearing witness today to a mock-up of a new HTC device whose source suggests will be the next generation of the HTC One. For now we’re code-naming this HTC One 2 for easy reference.

This device is printed in resin at the moment – 3D printed using specifications given to the creator by an inside source. According to NoWhereElse, this machine could be revealed as imminent as Mobile World Congress 2014. Suggested for reveal between the 24th and 27th of February, this sort of release would flip up the script from 2013’s pre-MWC reveal and full-MWC showing.

The HTC One 2 would take the specifications of the original HTC One and bump them up a notch without changing the overall aesthetic of the machine to a giant degree. Here instead of a 4.7-inch display, you’ll have a 5-inch display. This 5-inch display is said to be coming with 1080 x 1920 pixel resolution, making this machine have a pixels-per-inch (PPI) matching that of the Samsung Galaxy S4. 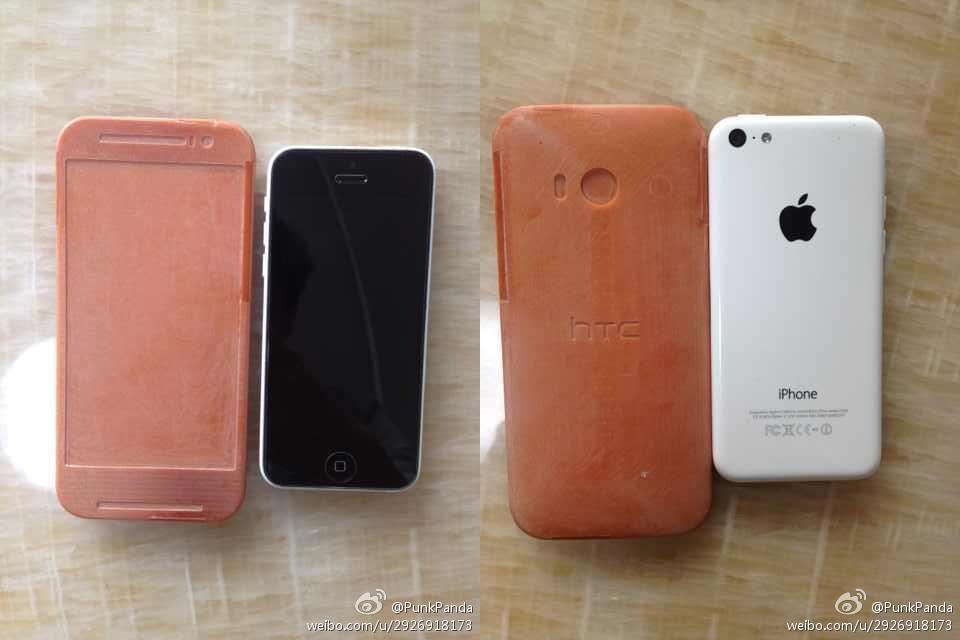 The design of this machine in mock-up form suggests that we’ll once again be working with two forward-facing speakers, likely still branded BoomSound. An elongated hole on the back near the camera lens portal suggests two possible outcomes. Either we’ll either see a mic hole placed near the lens rather than along the white hard plastic line between metal on the back of the HTC One, or it could be a double-flash.

Think about the dual LED-flash situation on the iPhone 5s. That’s same setup may very well appear on the HTC One 2 as well. The back-facing camera is once again tipped to roll with 4-UltraPixels while the front will again work with a 2.1-megapixel shooter.

Inside we’ll see the smallest version of this unit work with 16GB with a possible micro-SD card slot for memory expansion, while the whole set will be released with Android 4.4 KitKat (of course). Expect HTC’s next big update inside the next few months, one way or another!