In the world of smart mobile device hacking, there is one that stands out as a cult classic of sorts: the HTC HD2. This device originally ran a version of Windows Mobile that has at this point been long outdated – and since then it’s been pushed in so many directions that it’s astounding. This week’s addition to the collection of mobile operating systems this smartphone is able to run is Mozilla’s own Firefox OS.

The HTC HD2 smartphone is one that remains newsworthy due to its favoritism in the developer community due to its surprisingly open ability to be hacked. For over three and a half years, this device has been a go-to smartphone for the most intrepid developers looking to prove their might in hacking, pushing everything from Windows Phone 7 to Android to this machine where it’d otherwise only be running a relatively ancient operating system.

Here in the spring of 2013, the HTC HD2 has received a port of the internet-based Firefox OS. This operating system is otherwise known as Boot2Gecko and has been on its way to the public for over a year. Earlier this year at Mobile World Congress, a global convention for mobile devices and services, we saw the first wave of Firefox OS smartphones – now it’s time for the operating system to spread.

Of course here on the HTC HD2 with a first port of the system, not every feature of the system works right out of the box. In its first reveal, the HTC HD2 Firefox OS port had camera issues, SIM card detection breaks, and issues with the resolution of the device’s display being detected. That said, the deed remains done: the HTC HD2 now has another notch in its sword hilt, growing in versatility as it remains the developer community’s most hackable device.

SlashGear readers hoping to run this port on their own treasured HTC HD2 should follow the XDA Forum Post which details the information shared above. There a download awaits for the brave. It’s important to remember that this, like all hacks of this nature, is not a situation you’ll be wanting to present to your local mobile carrier if you’re in need of repairs in the future. In other words: hack at your own risk. 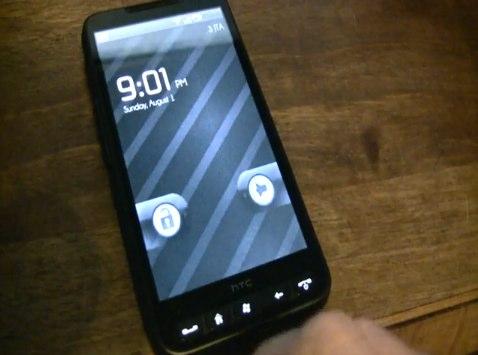 The HTC HD2 has also run Windows RT, a full version of Windows 8, and Windows Phone 7 in the past several years. It’s also run MeeGo, Android 2.2 Froyo and a few more – the list continues to grow!