Apple is bolstering HomeKit, bringing more smart home kit under the automation umbrella and adding Apple Watch, Siri, and iCloud integration to boost usability both when at home and away. The new functionality, based on iOS 9, will see HomeKit potentially take on a more serious role thanks to integration with security systems, while improvements to the setup process should make home automation installation less of a headache. However, there’s good news for those with existing gadgets they don’t want to replace.

Siri is going to be a lot more involved, gaining the ability to recognize every scene in your HomeKit installation by name. Simply asking for, say, your movie preset will automatically execute it. 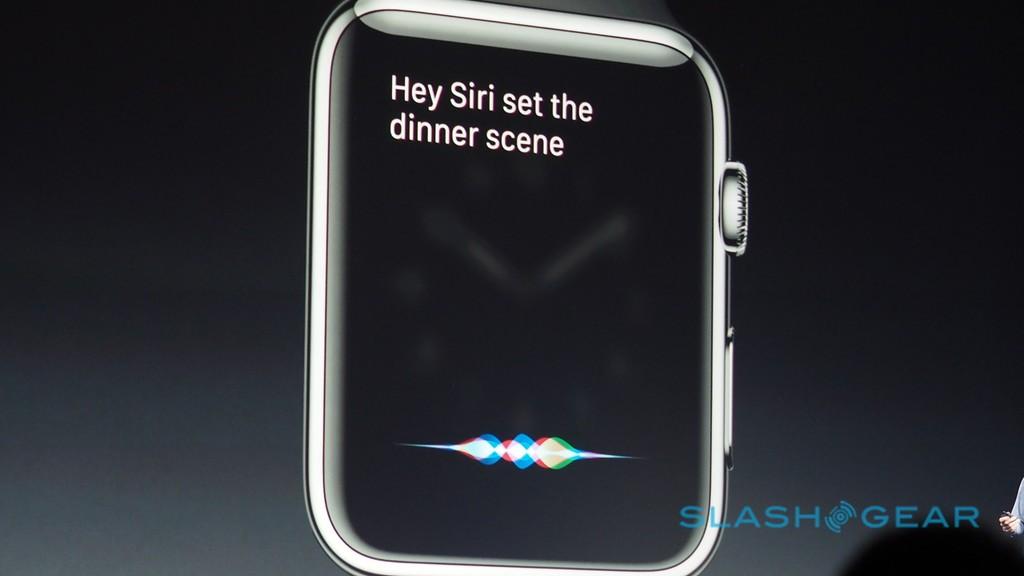 I’ve been making good use of Philips’ hue app from my wrist, so Apple’s freshly-announced HomeKit support for Apple Watch is also welcome. Since with watchOS 2 the wearable will gain support for native apps, you’ll be able to go out for a run with it on your wrist but your iPhone at home, and still have the doors automatically unlock when you arrive back.

All home data is mirrored from your iPhone to the Watch, and changes made on one will automatically synchronize. It’s not just a subset of features, either: you’ll be able to view homes, control individual accessories, and trigger entire scenes from your arm.

Those scenes will now kick off with four standard presets. Apple will have a quartet of defaults – covering getting up in the morning, leaving the house, returning, and then going to bed – that will be included in every app integrating with HomeKit, and that cannot be deleted. 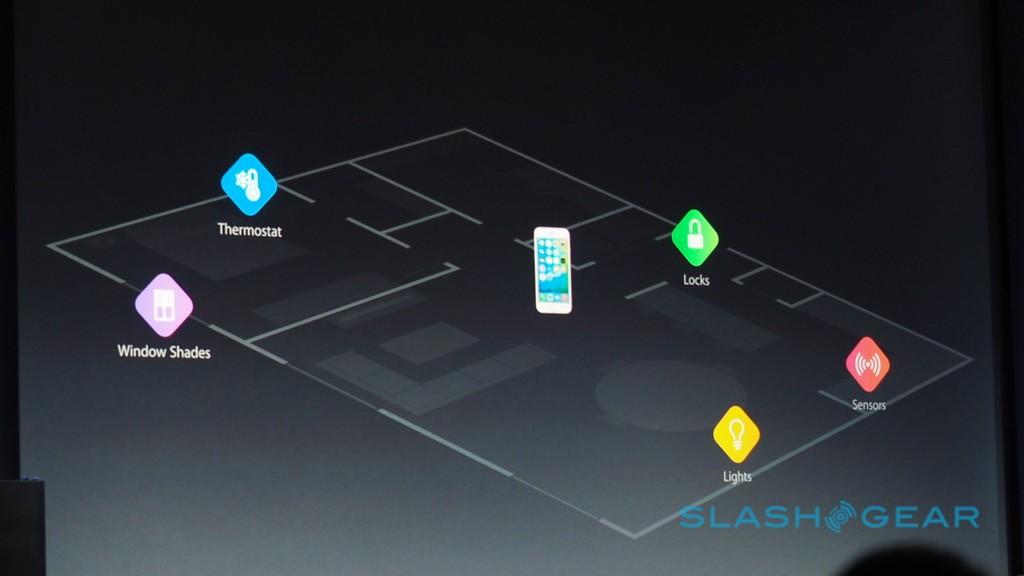 Exactly what happens in each will be down to the user’s preferences and the hardware they have installed, of course. HomeKit has been improved on that basis, too: in addition to the original roster of devices – things like garage doors, lights, fans, thermostats, locks, fans, and outlets – Apple is adding motorized doors and windows, window coverings (such as awnings, blinds, and shades), alarm systems (or at least the basics, with manufacturers able to add more features as custom characteristics), and sensors (for motion, air quality, smoke, and more.)

“Switches” are buttons that trigger events

Those new categories could’ve easily proved overwhelming, and so the ways in which they’re described are also more comprehensive. The primary category the device falls into is now specified, including during initial setup, so that rather than just an oblique name you also see whether it’s a fan, say, or a lightbulb.

Sitting somewhere between controllable devices and your iOS device is the fifth newly-added type of HomeKit-compliant gizmo. Programable switches are effectively buttons that trigger an Event, whether as basic as turning a bulb on or off, or as complex as switching to a “Goodnight” scene just before you go to bed. 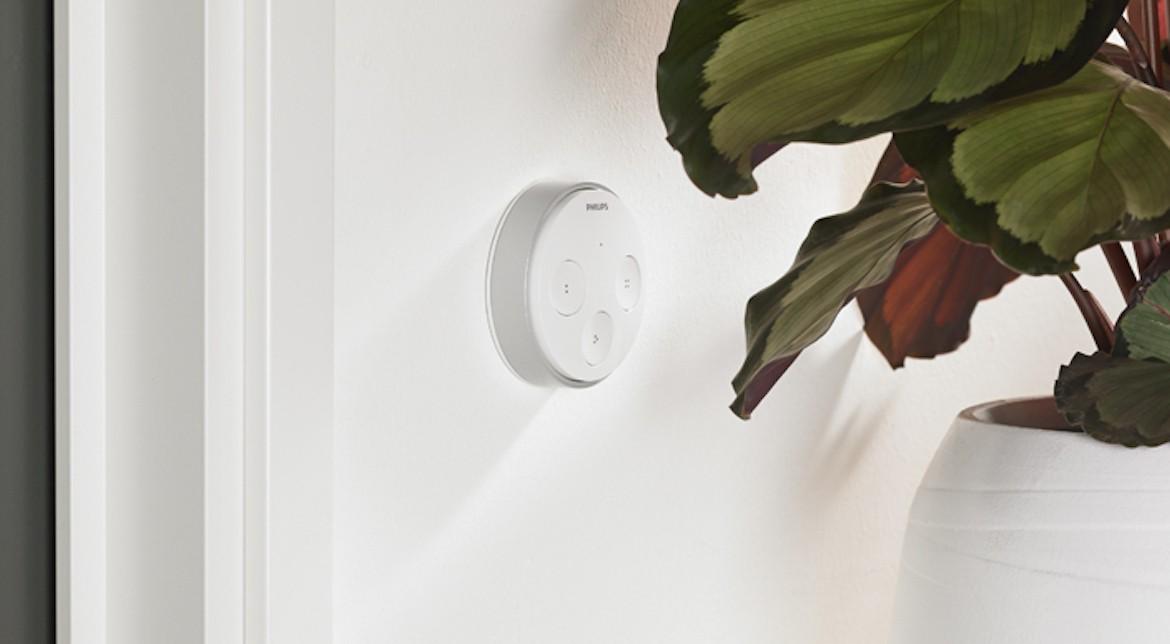 I’ve been vocal about the usefulness of a simple button for some time now; while it’s great being able to access the full gamut of your home automation system from your phone or wrist, sometimes the straightforward convenience of stabbing a physical switch – Hue Tap being a good example – and having something predicable happen can’t be beat.

There’ll be more flexibility in how your connect your home with HomeKit, too, particularly when it comes to remote access.

On the one hand, if you have a third-gen Apple TV, that can act as the silent hub in your HomeKit ecosystem, as long as you’ve signed into both it and the iPhone with the same Apple ID.

If you don’t have an Apple TV, however, then there’s integration with iCloud. That uses Apple’s HomeKit Accessory Protocol (HAP) which supports both remote control and notifications. It’s a dedicated service, scaled to handle billions of HAP messages, and access to which Apple will be offering free to developers and accessory manufacturers. 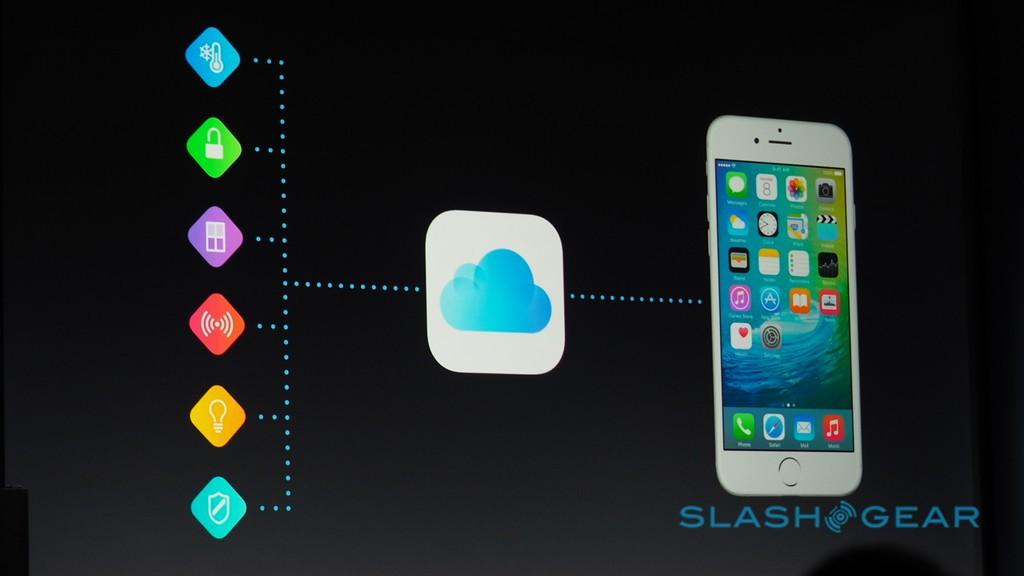 HAP also comes into play if you’ve already equipped your smart home with Bluetooth Low Energy (LE) devices. It’s a common wireless connection for remotely-controlled door locks and bulbs, usually intended to make a direct link with your smartphone and the device-specific app running on it.

To accommodate that, Apple is weaving Bluetooth LE support into HomeKit, though it actually works in two ways. If your iPhone is in Bluetooth LE range of the device, it can establish a direct connection as usual; if, though, you’re too far away, then HomeKit can switch to HAP secure tunneling.

That uses a device – equipped with both Bluetooth LE and WiFi – near to, say, the lock you’re trying to control. The intermediary communicates with the HomeKit network over WiFi, and then passes the instructions over to the Bluetooth LE gadget, though without any access to the content of the communication itself. Think along the lines of August’s Connect. 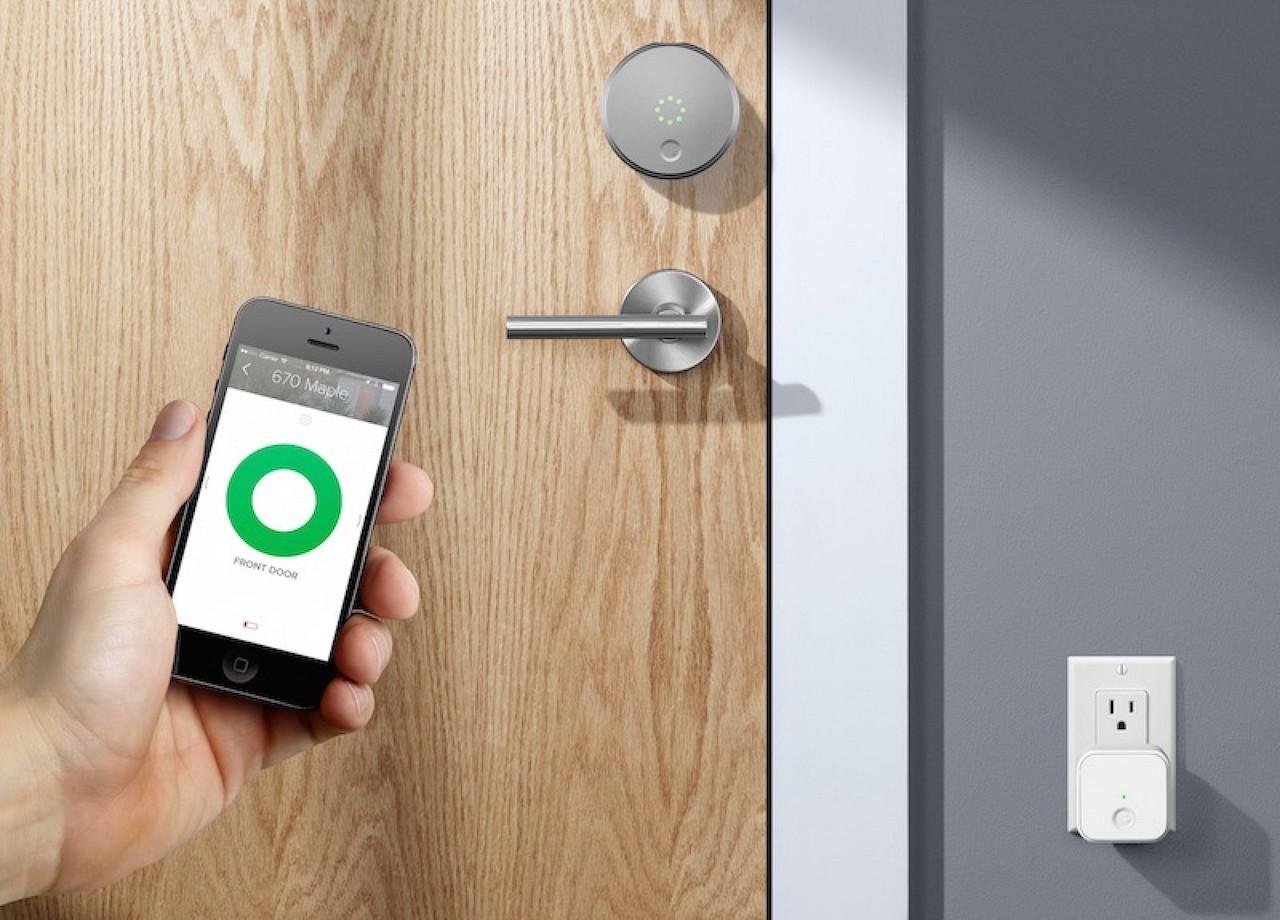 Apple calls that a Range Extender, and it can also be used for communicating with Bluetooth LE devices while you’re accessing your smart home remotely. One clever element is that, whether you’re connected over IP or over Bluetooth LE, the iOS device just sees the accessory regardless.

Of course, Apple won’t be making these devices itself: instead, it’s establishing the framework within which hardware manufacturers and software developers will be able to create Range Extenders and more. With the first HomeKit-compatible products only just reaching the market, it’s still early days, but come iOS 9 this fall we’re likely to see a rapid acceleration in companies jumping on the smart home bandwagon.