Honda plans EV-only sales from 2040 in North America: Here’s how

Honda aims to have 100-percent EV sales in North America by 2040, the automaker has said today, though it’ll take a few years before mass-market electric vehicles are ready for primetime. The goal is “100-percent zero emission electrified vehicles” only in less than two decades, though that won’t mean battery-electric alone.

Instead, Honda says it’s aiming for a mixture of battery-electric vehicles (BEVs) and hydrogen fuel-cell vehicles. The latter convert hydrogen gas to electricity, which then powers the vehicle’s electric motors, with the only waste product from the EV being water.

Honda’s commitment isn’t the most aggressive we’ve seen when it comes to the electric transition, but then again the company isn’t starting from a particularly advanced place in EVs generally. In the US, it offers a handful of hybrids but no pure-electric model, having discontinued the underwhelming Clarity EV back in 2019. The Clarity Fuel Cell, which runs on hydrogen, remains available but only in a small number of US markets, given the paucity of the fueling infrastructure.

What Honda needs, then, is a big influx of new EVs, and preferably ones which target the most popular segments of SUVs and crossovers. Unsurprisingly, then, that’s just what it has in mind. First up will be the fruits of its collaboration with GM. 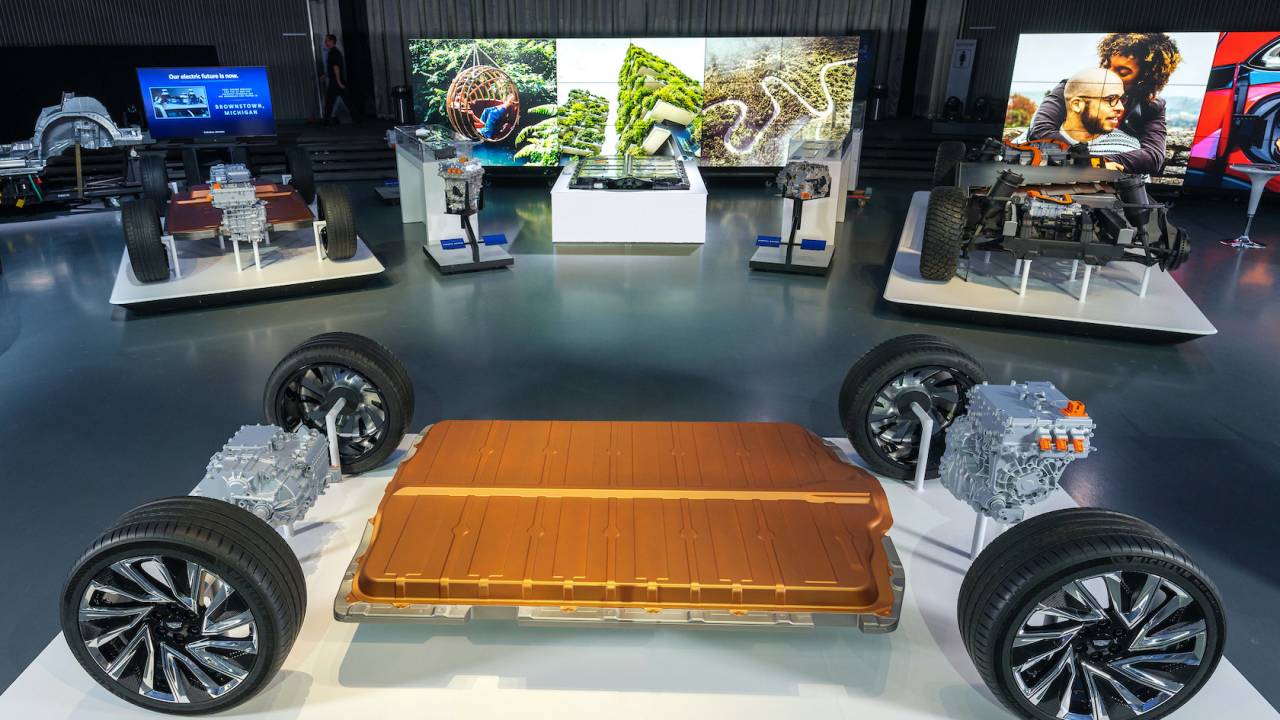 Announced last year, Honda and General Motors are jointly developing two large SUVs for the North American market. They’ll use the GM Ultium platform – which can be configured in front-, rear-, and all-wheel drive layouts, with varying battery sizes delivering a quoted 450+ miles of range – and the expectation is that they’ll launch as model year 2024 vehicles. One will be branded as a Honda, the other as an Acura.

That will bridge the gap until Honda’s homegrown electric technology is ready. Honda e:Architecture will be a completely new EV platform, which it expects to show up in new models from the second half of the 2020s. They’ll initially launch in North America, with other global regions to follow.

For battery tech specifically, Honda is researching all-solid-state battery technology, which it hopes will both increase power capacity and lower overall costs. Production-quality versions are expected to roll off a demonstration line this fiscal year, the automaker says, to verify the technology. However the solid state batteries themselves aren’t expected to be ready for new Honda EVs until the second half of the 2020s.

As for fuel-cells, there Honda is working again with GM, gambling on some of the headaches for hydrogen dissipating over the coming years. That may not always be in consumer vehicles, however, with possibilities for the technology being implemented in areas like commercial trucks along with both stationary and portable power sources.

At the same time, Honda intends to ramp up its advanced driver-assistance systems (ADAS). By 2030, all new models launched in major markets will include omnidirectional ADAS, the automaker says, the next-generation of active safety tech beyond the current Honda Sensing (and Acura Watch) platform. It’ll also further develop those systems based on the results of its Level 3 automated driving product, which launched recently in Japan.