Google’s consumer version of Glass will use Samsung OLED displays, reports out of South Korea have claimed, with the possibility of flexible panels being used for the futuristic wearable. The deal follows Google CEO Larry Page recently visiting a Samsung Display OLED production line, The Korea Times reports, and heavy-handed hints by the screen division’s CEO that wearables would figure highly in flexible OLED’s future.

“OLED on silicon may be used for glasses-type, augmented-reality devices much like the Google Glass” CEO Kim Ki-nam said during a SID keynote this past week. “The wearable market will be a major beneficiary of the free-form factor advantage of flexible OLEDs. Smartphone-linked wearable accessory products such as watches and health bands will use ultra-thin flexible OLEDs embedded with various sensors.”

Samsung has been talking up the potential of flexible OLED for some time, though is yet to commercially deploy the technology. That’s been promised for 2013 under the YOUM brand, however, slightly delayed after Samsung was apparently forced to dedicate the bulk of its production facility to making traditional AMOLED screens for devices like the Galaxy series of smartphones. 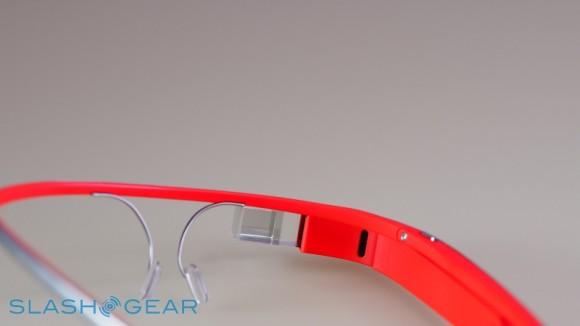 Back at CES, the company brought a number of concepts along, some using flexible OLED technology. There, the panels didn’t actively flex, but were instead wrapped around the shell of a device mock-up, and intended for use as an always-on status panel.

The current Glass Explorer Edition, which Google has sold to a limited number of developers for real-world testing and app development, uses a small plastic eyepiece into which the image is projected. Exact technical specifications for the display technology itself have not been shared, though it’s believed to be something along the lines of a transmissive color filter panel backlit with an LED in the headset section, near the camera module. 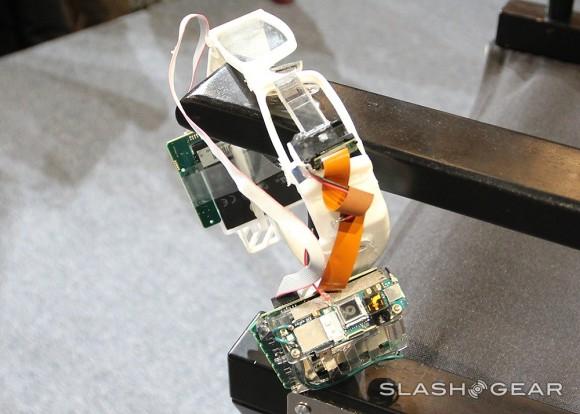 Switching to OLED would mean Google could do away with the separate LED backlighting, since OLED pixels produce their own lighting. It seems likely that Google would still use the wave splitter eyepiece block, since that allows the “floating” display to be translucent, though it’s worth noting that Samsung has been showing off translucent OLED panels for several years, and has in fact commercialized them on a small scale.

Either way, it would likely be a more compact setup than what is used in the Explorer Edition, as well as potentially more power-frugal. That could make for a lighter, longer-running Glass, something Google has said are key objectives for the consumer version.

Exactly when the mass-market Glass will launch is unclear, though Google chairman Eric Schmidt did suggest that sometime in 2014 is likely. Similarly unknown is how much it will retail for, though Google has been clear that it aims to make the wearable far more affordable than the $1,500 developer version.