GM is throwing even more money at EVs and autonomous vehicles

General Motors plans to dramatically increase its spend on electric vehicles and autonomous driving, pledging $35 billion through 2025 as it races to bring new EVs to market. The company had previously said it would spend $27 billion in the same period, and will now pull forward battery manufacturing plans for its Ultium platform.

The goal now is to build two battery cell manufacturing plants in the US by mid-decade, to join the first plants that are currently under construction in Tennessee and Ohio. Right now, GM isn’t saying where it expects the new facilities to be located, or how much capacity they’re likely to have, with those details still to be confirmed.

As for the vehicles that will actually use those batteries, there GM is expanding its goals too. In November 2020, the automaker had said it planned 30 new EVs by 2025 globally; two-thirds of that range would be available in North America. Now, though, it’s adding new commercial products. 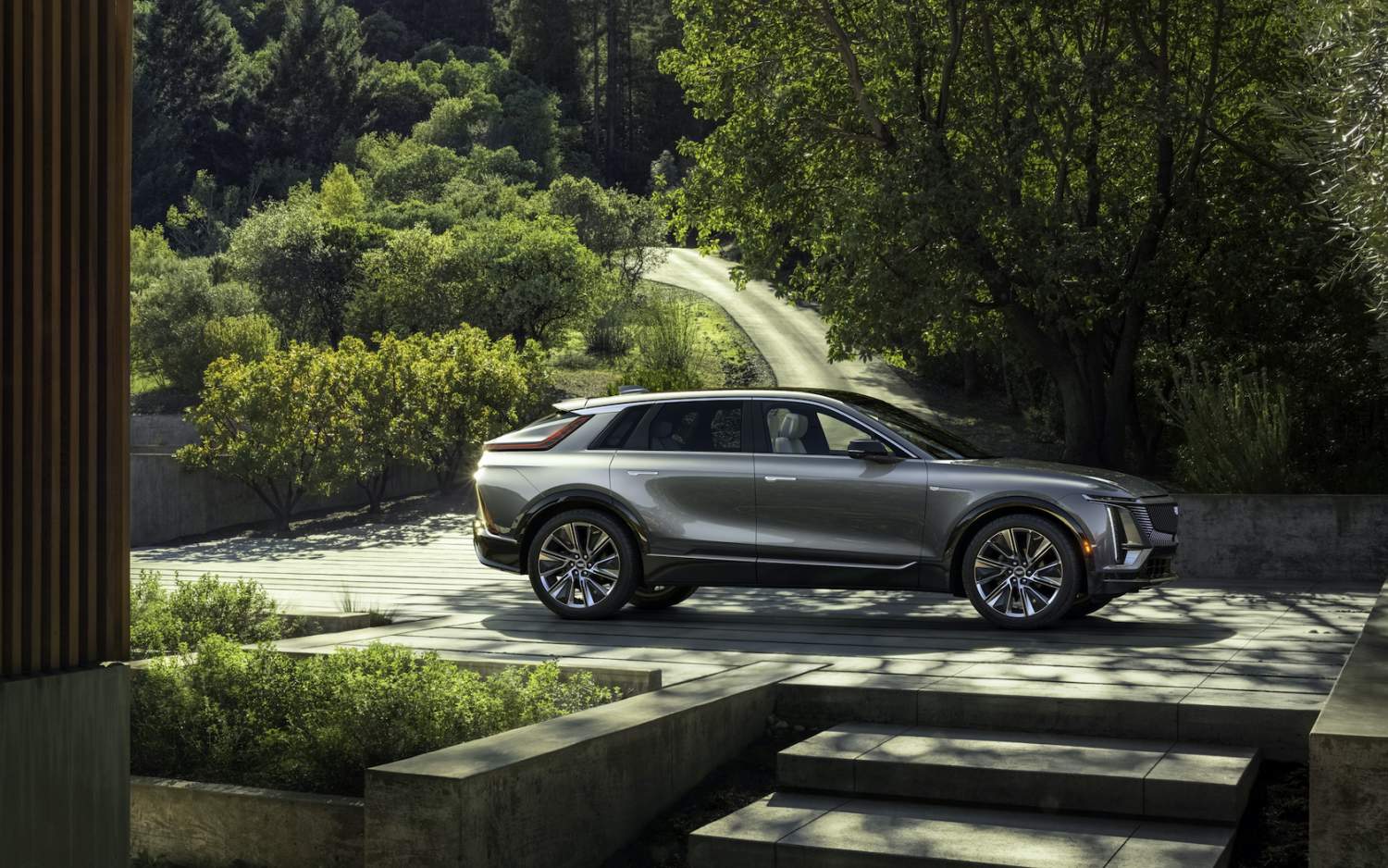 “GM will add to its North America plan new electric commercial trucks and other products that will take advantage of the creative design opportunities and flexibility enabled by the Ultium Platform,” the automaker said today. “In addition, GM will add additional US assembly capacity for EV SUVs.”

That US manufacturing component is key, given signs from the American government that future incentives and credits available to electric vehicle buyers will be dependent – in part – on where the car, SUV, or truck was built. According to the latest proposals, the maximum incentive of $12,500 would only be accessible for a vehicle priced at under $80,000, built in the US, and in a factory where workers are part of, or represented by, a labor union.

Location isn’t the only issue there. Although GM has revealed two Ultium-based vehicles, the GMC Hummer EV and Cadillac Lyriq, only the Cadillac looks set to come in at under that $80k ceiling. For GM to continue benefiting from the maximum incentives, it needs to figure out a way to make more affordable electric vehicles.

On the autonomous side of things, there GM has a number of fingers in the pie. Cruise, of which GM is the majority owner, already announced this week that it had secured $5 billion in credit from GM Financial in order to place a bulk order of the Origin AVs specially designed for its ride-hailing service. Revealed early last year, Origin – which has no traditional car controls – will be among the first Ultium-based EVs to go into production. 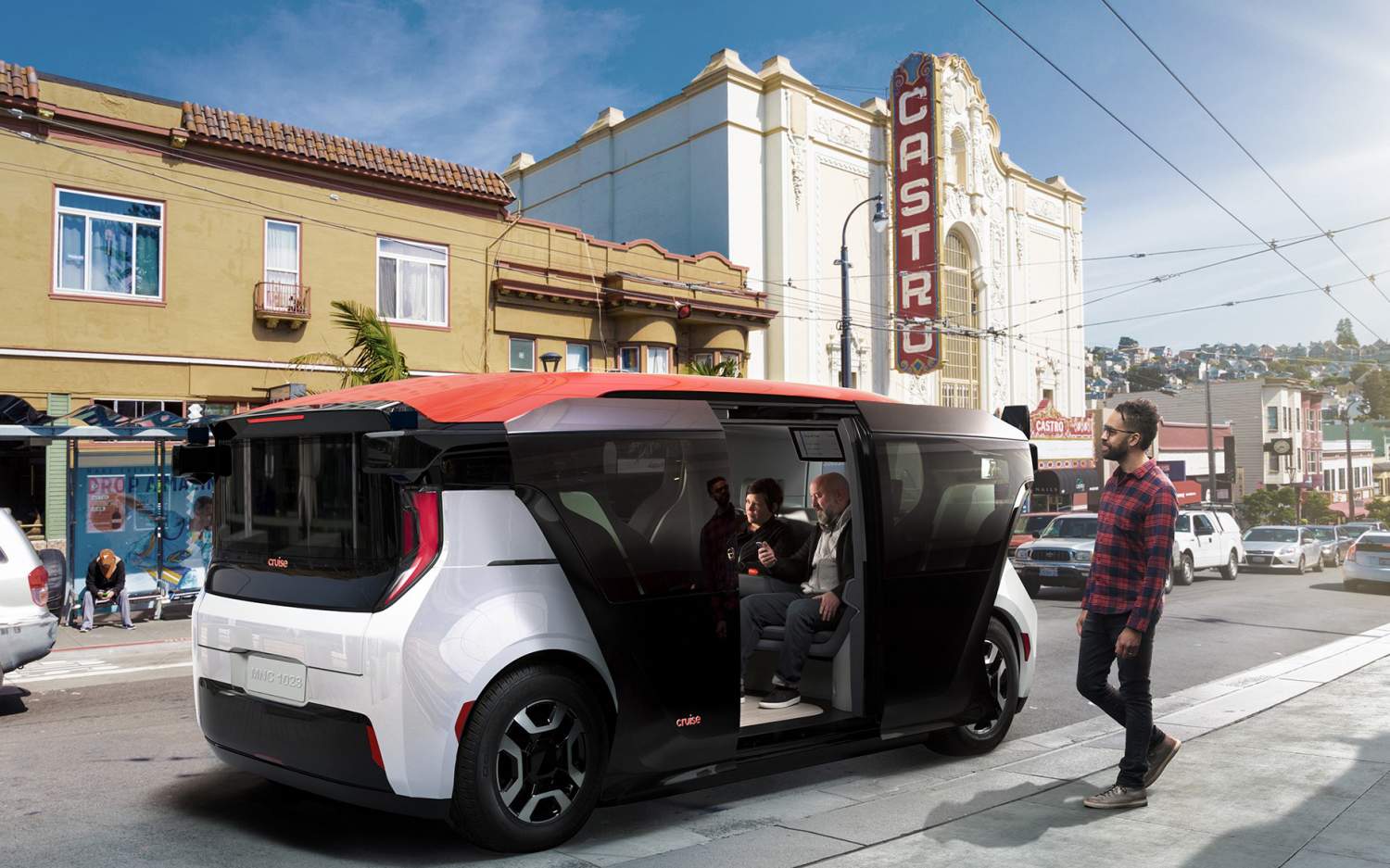 Cruise is also working with Honda, which co-developed the Origin, on an AV testing program in Japan. Honda, meanwhile, is co-developing two electric EVs with GM that will be based on Ultium. One of those will be branded as a Honda in the US, and the other an Acura.

It’s a time of big promises for automakers right now, as they tool up to try to carve out space in the growing electric vehicle category. Recent chip supply-chain struggles have threatened to put a dampener on those efforts, at least temporarily – GM said earlier this month that it would be cutting some features from its current vehicles, to work around shortages in hardware – but the reality is that none of the car companies can afford to slow down if they’re to meet both their self-imposed efforts and the requirements of legislators around things like emissions reductions.