Autonomous vehicle company Cruise is figuring out how to pay for its fleet of self-driving electric taxis, and it turns out that’s a little easier when you already have a foot in the door with GM’s big financial division. The company – which is backed by GM, Honda, and others – has cut a deal with GM Financial for a $5 billion line of credit, it announced today.

It’s no small figure, and basically doubles Cruise’s dollar heft as it looks to take things from prototype to commercialization. It’ll use the money to pay for the production of the Cruise Origin, the custom-designed electric pod vehicle that it revealed early in 2020.

That was co-developed by Cruise, General Motors, and Honda, building atop GM’s Ultium platform for electric vehicles. It’s the architecture that will underpin EVs like GMC’s Hummer EV, Cadillac’s Lyriq, and Chevrolet’s Silverado EV pickup, among others, but Origin is a very different beast from all three. For a start, it lacks any sort of traditional controls.

Instead, it’s designed with ride-hailing in mind. Twin sets of sliding doors – one on each side – and face-to-face seating for four in a spacious cabin are standard, as is a touchscreen interface for each passenger. It’s with that, and a smartphone app, with which they’ll control things like destination and HVAC settings, monitor the trip, and see other information.

Origin won’t be sold to individuals, however, with Cruise instead being the customer once production kicks off in earnest at GM’s Factory ZERO assembly plant. That’ll be responsible for tens of thousands of Origin EVs, Dan Ammann, CEO of Cruise said today, and now the company has the money to actually pay for them. 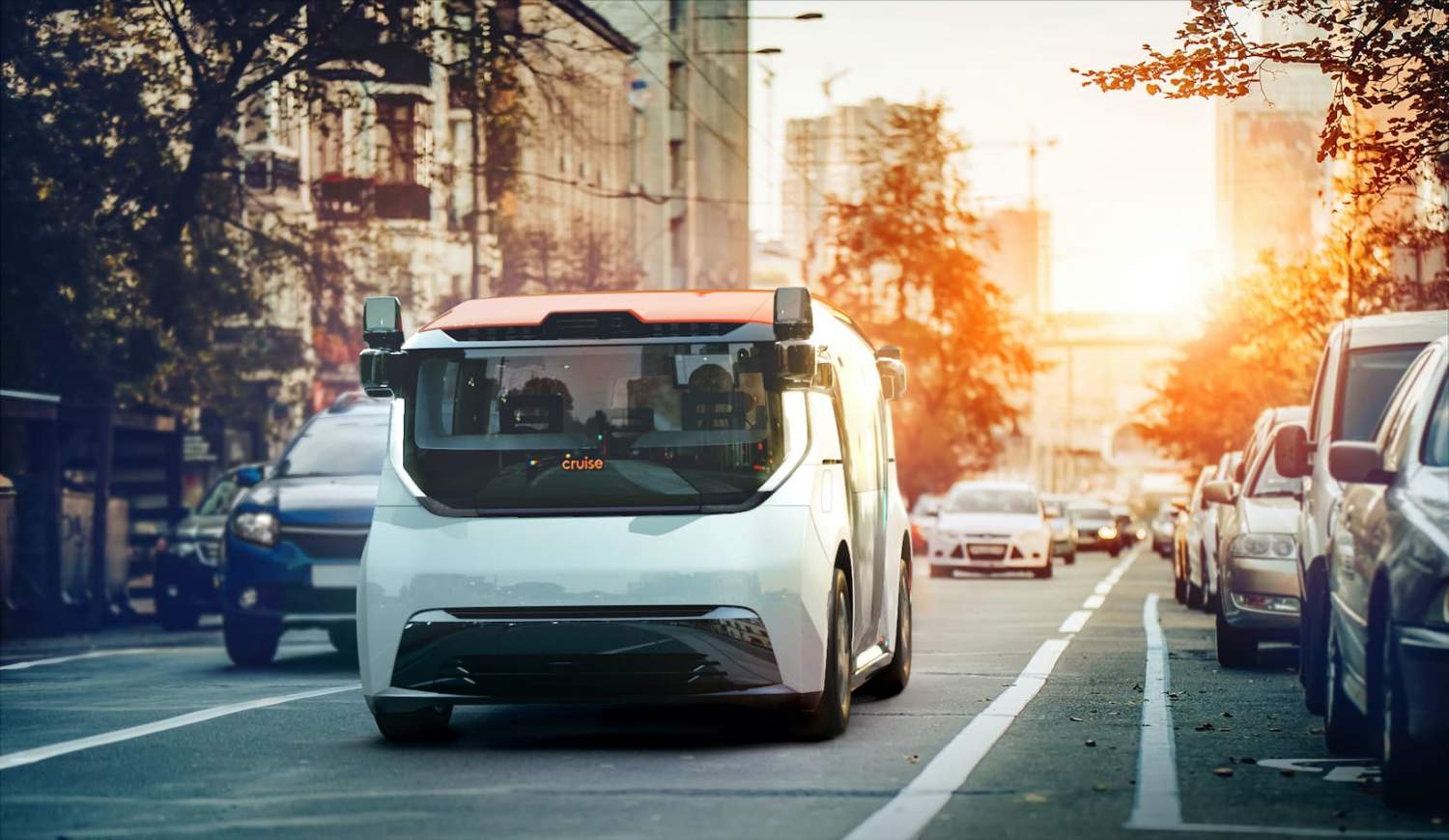 Before that happens – and indeed GM needs to finish outfitting the factory before mass production can begin – pre-production Origin EVs are being built. Assembly of nearly a hundred of those is underway at GM’s Pre-Production Operations center, Ammann says, to be put into “an intensive testing and validation process this summer.”

It’s fair to say that Origin looks like little else on the road right now, distinguished even from other pilot autonomous ride-hailing projects such as that being operated by Alphabet’s Waymo. The former Google self-driving division has taken the approach of working with automakers on custom versions of existing vehicles, such as Chrysler Pacifica hybrid minivans and Jaguar I-PACE electric crossovers, rather than building a whole new design as Cruise opted for.