This week a rather interesting – and fitting – feature has been leaked (or rumored, rather) about the Galaxy Note 6. This device has also been tipped to be re-named Galaxy Note 7, to match up with the number on the Galaxy S7 this year, but we’ll just have to wait and see – for now we’re sticking with the 6, as it follows through. The rumor today suggests two things. One, that there’ll be a Samsung Galaxy Note 7 Edge. Two, that this variant of the Galaxy Note will have a dual-lens camera setup.

Information comes VIA SamMobile where their 2x phones info suggests that the Edge version of this Galaxy Note device will be something extra-special. It’s not just a Lite phone, it’s a double-lensed camera.

Something like what we’ve seen with the LG G5. That means two options for every shot – two at least! 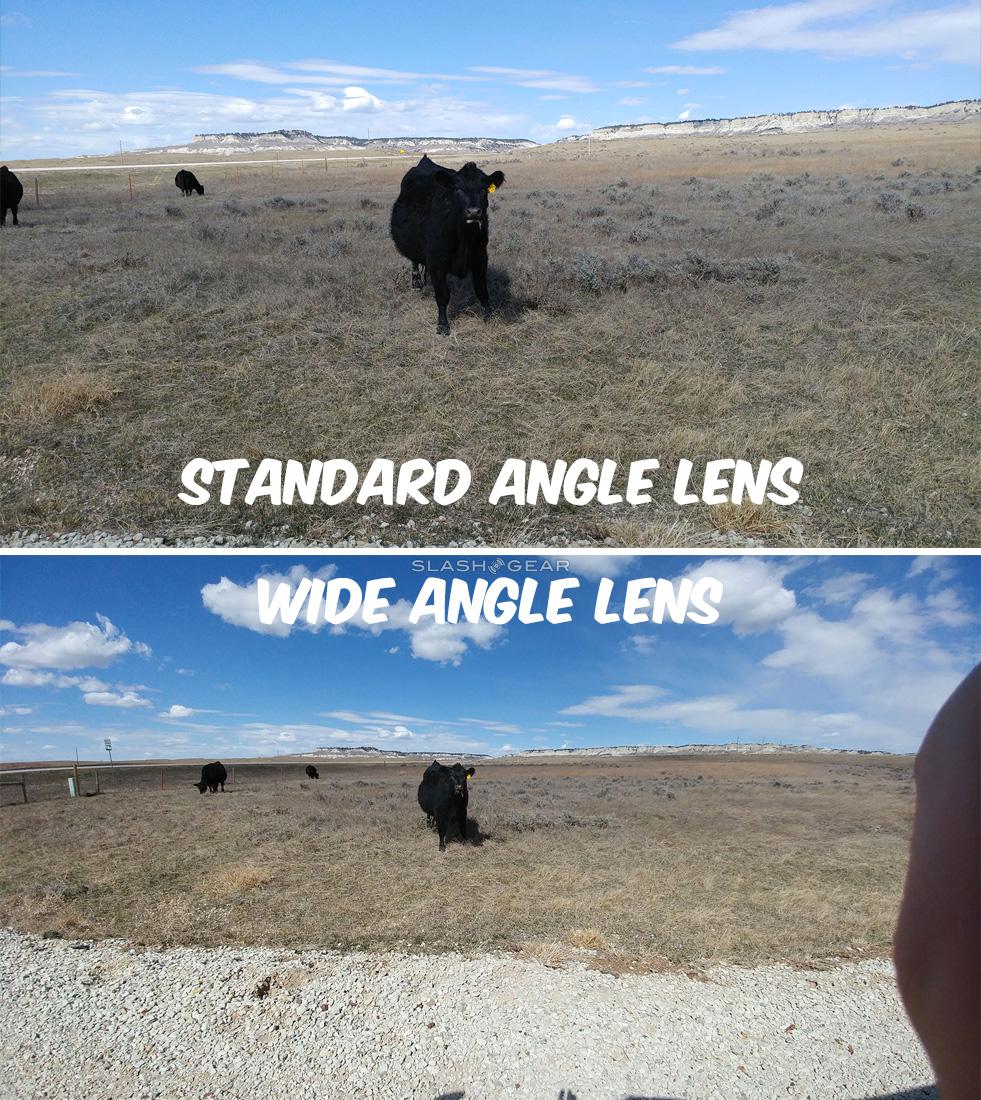 Now why doesn’t the Galaxy S7 have such a feature?

Could it be that Samsung decided that they’d keep the super strange features and launch them all on the Galaxy Note, as they so often do?

This could mean a microSD card slot and a removable battery.

May as well. Everything you read above has come from leaks and tips reported on SlashGear over the past several weeks. At this rate, the Galaxy Note 6 WILL be a compelling upgrade, despite what JC says.

You’ve got a couple months to think about it – head to the timeline of links below to continue to explore.