Tesla’s backup plan should the Cybertruck flop is something a lot more straightforward, CEO Elon Musk has confirmed, again insisting that gut reaction rather than any sort of traditional market research shaped the still-divisive pickup. Unveiled in November 2019 – though not expected to go on sale until late 2021 at the earliest – the Cybertruck certainly isn’t styled to suit everybody and nor, Musk has said, is it really intended for every market.

Indeed, when the angular pickup was revealed on November 21st, 2019, there were plenty of people who mistook it for a joke. With its flat surfaces, sharp creases, and Blade Runner meets stealth bomber aesthetic, opinion was immediately split as to whether you thought the Cybertruck looked unspeakably cool or just plain ridiculous.

As reported at the time, Musk’s argument was that Tesla’s goal was to make something distinctive that he himself thought was cool, not to follow the crowd. Speaking to Automotive News, he confirmed that the automaker did “zero” research among consumers, including those already driving pickups from rival brands, before it came up with the all-electric Cybertruck. That, Musk suggested, was a strategy and not an omission.

“We just made a car we thought was awesome and looks super weird,” the outspoken CEO explained. Saying that, however, it also had to be “highly functional.” That includes self-leveling air suspension, an integrated air compressor system and generator for external tools, and bodywork Musk memorably described as being “bulletproof.” 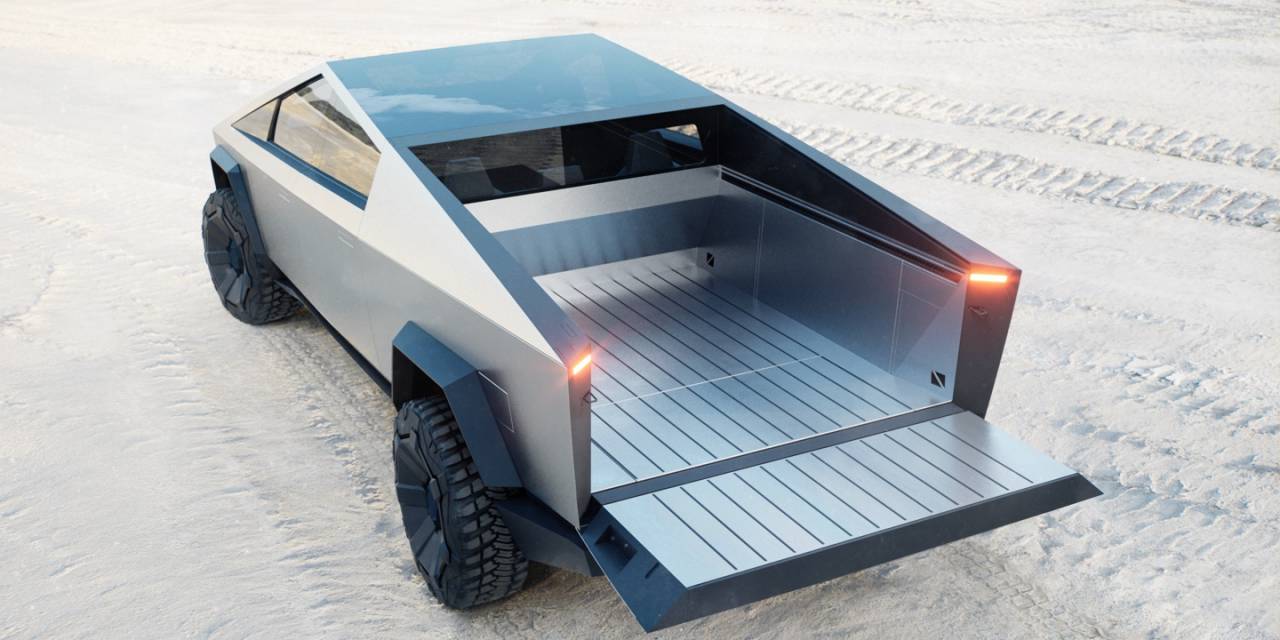 The reality, Musk concedes, is that it’s really a truck that fits a very specific market: North America. When it launches – expected to be in the medium-duty pickup category, despite Tesla’s earlier comparisons to light-duty trucks like the Ford F-150 – it will be “as a North American ass-kicker, basically,” Musk says.

There have already been concerns voiced as to just how suitable the Cybertruck might be for other regions, not least because of its dimensions. On top of that is the polarizing design, something Musk doesn’t seem especially concerned about potentially costing Tesla sales. In fact, his plan for an alternative is positively mainstream: “build a normal truck.” 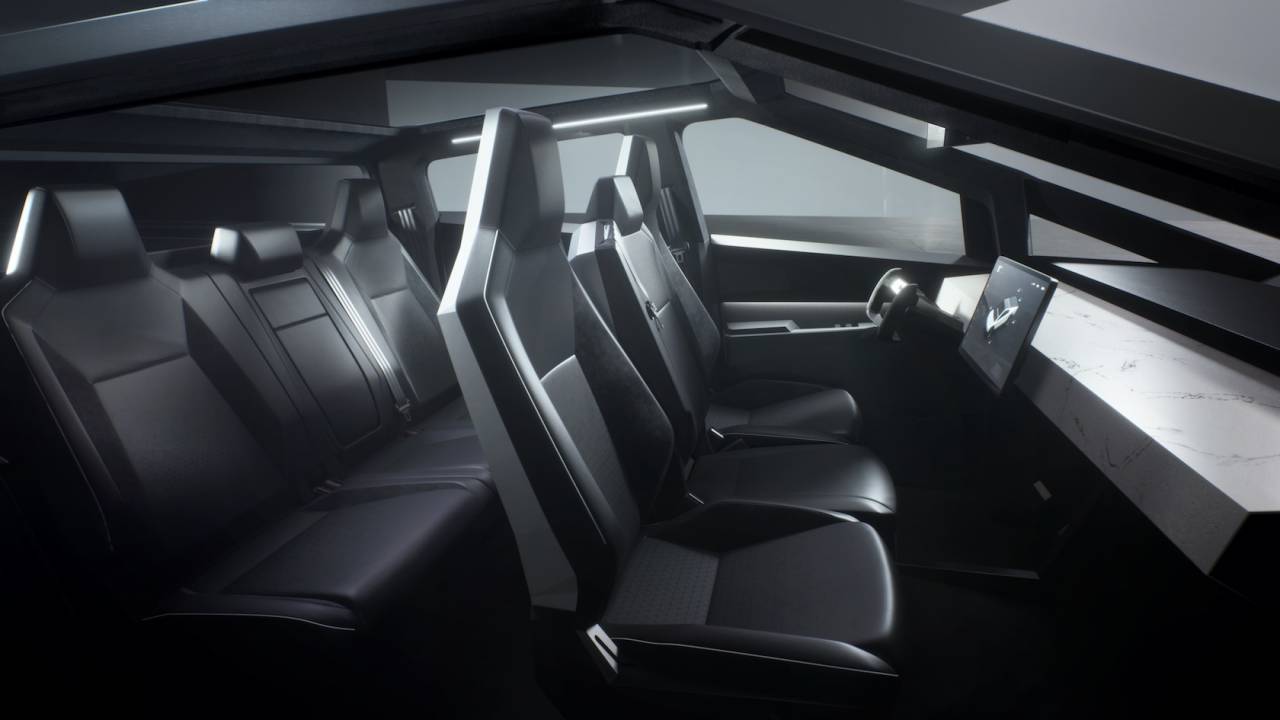 “There’s lots of normal trucks out there that look pretty much the same; you can hardly tell the difference,” he explained. “And sure, we could just do some copycat truck; that’s easy. So that’s our fallback strategy.”

Certainly, you don’t have much in the way of options if you’re in the market for an all-electric truck today. That’s set to change over the next couple of years, however, and the Cybertruck will face competition from established automakers and new industry upstarts by the time it goes on sale. GMC’s Hummer EV pickup will be revealed imminently – with an SUV version waiting in the wings – while Rivian’s R1T pickup is due to begin production in 2021. 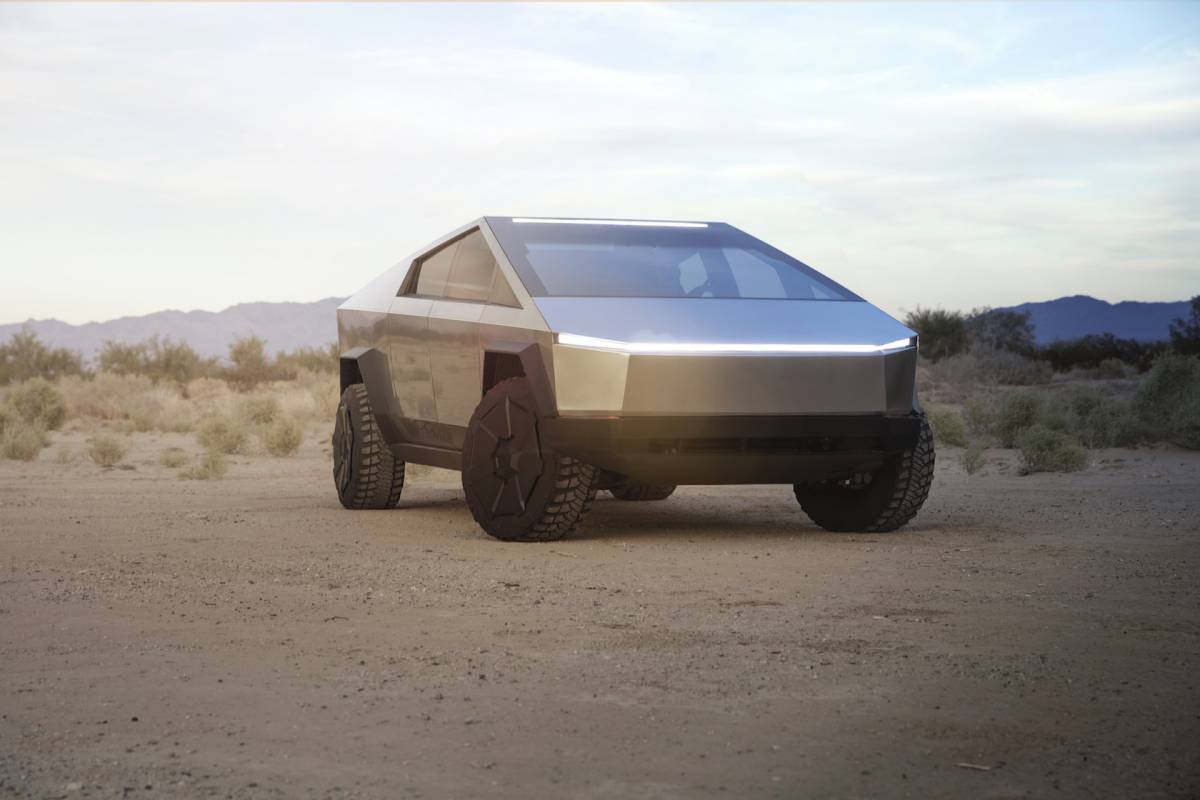 Ford has a plug-in hybrid F-150 fast approaching, and a fully-electric F-150 is on the roadmap for sometime in the next two years. Tesla has not said at which point it plans to open the order books for the Cybertruck, and see how many of the 200,000+ refundable $100 deposits can be converted into actual buyers.