Volkswagen is reportedly hunting an investor for Electrify America, as it looks to share the cost of expanding its Tesla Supercharger network rival. The automaker established the public charging company in late 2016 as part of its grand mea culpa following the emissions scandal, where Volkswagen Group vehicles had been found to use so-called “defeat devices” that misled air pollution testing.

Ironically, that may have turned out to be the best thing for VW as it looked to electrification. With access to charging – and, in parallel, range anxiety – remaining one of the lingering barriers to EV adoption, the deployment of a DC fast charging network for rapid recharging has been a key part of VW, Audi, and other Volkswagen Group models.

The upcoming Audi e-tron GT luxury sedan, for example, will come with three years of complimentary DC fast charging at Electrify America locations in the US. VW offered the same deal on its own ID.4 electric crossover SUV.

In addition, Electrify America – which is operated as an independent subsidiary – has also been able to ink deals with other automakers to provide charger access. Ford, Hyundai, Lucid Motors, and others have all bundled some degree of charging support on the network for buyers of their own EVs. Meanwhile, thanks to the CCS charging standard, even electric vehicle drivers who don’t have a bundled charging perk can still use Electrify America locations. 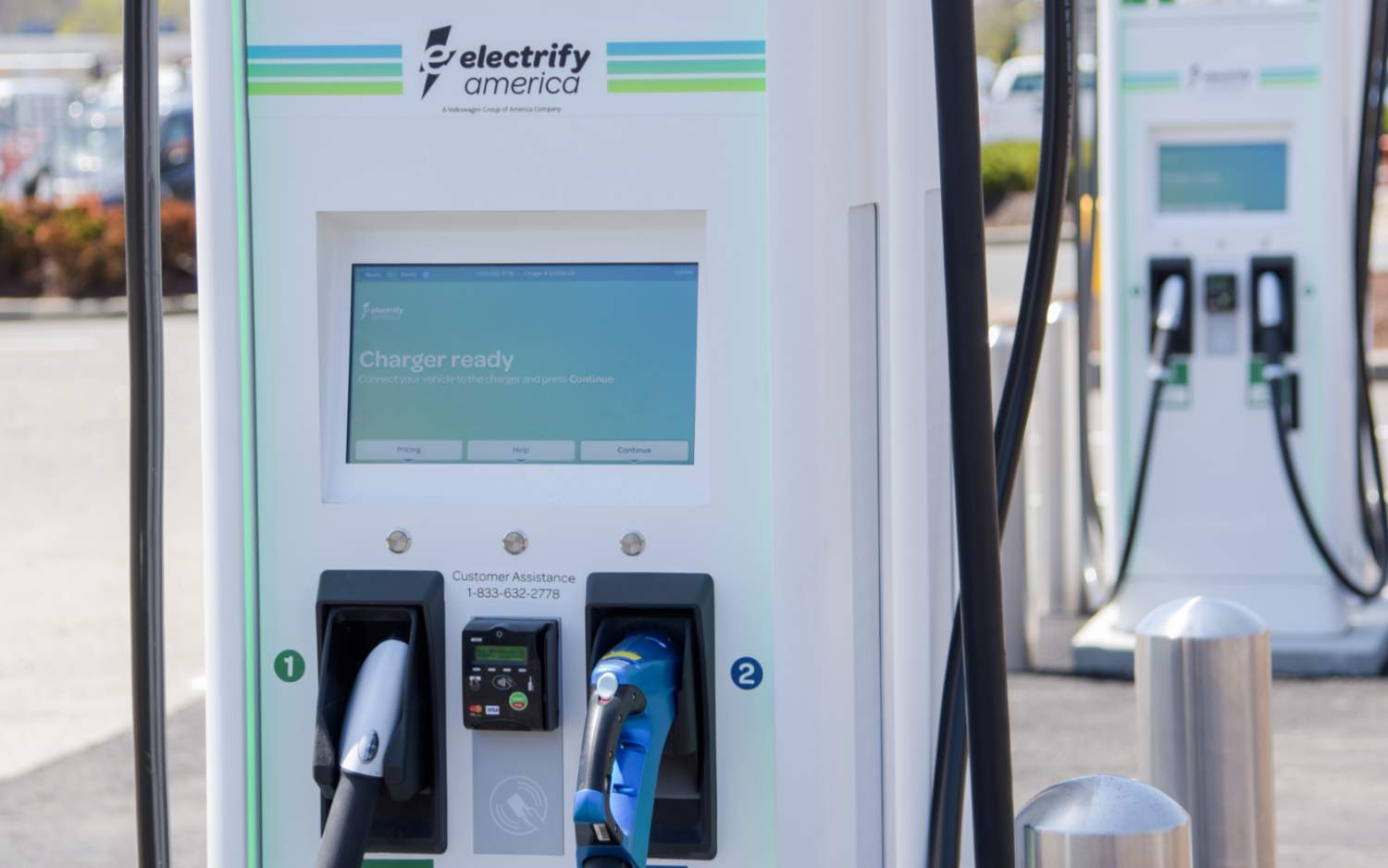 In total, Electrify America plans to invest $2 billion over a 10 year period into charger infrastructure and related expense. Currently, there are around 635 charging locations across the US, with close to 3,000 chargers. A cross-country DC fast charging route from Washington D.C to Los Angeles was completed in June of last year, allowing drivers to effectively piece together a route across the US with chargers around 70 miles apart.

New rumors, though, suggest the automaker may be looking for some help as it expands further. Volkswagen is reportedly working with Citi to find a co-investor, Reuters reports, with two people familiar with the plan suggesting it’s about to canvass infrastructure groups and others about a potential deal. Volkswagen, Electrify America, and Citi have declined to comment on the report.

By the end of the year, Electrify America aims to have around 800 locations in the US, and approximately 3,500 DC fast chargers. Currently, it offers up to 350 kW charging, though few electric vehicles are actually capable of accepting such a high rate. Porsche’s Taycan EV, for example, can charge at up to 270 kW: in that case, taking the car from 5-percent to 80-percent charge lasts roughly 23 minutes.

Electrify America’s expansion plans, though, are going to be expensive to complete. Adding a partner with deep pockets could be one route to offset that. According to the sources, Volkswagen is looking for a co-investor willing to add around $1 billion into the business.