Hyundai has officially revealed the US-spec IONIQ 5, and things are shaping up very nicely indeed for the handsome electric crossover. Announced back in February, the IONIQ 5 will be among the first of the automaker’s cars to use its new E-GMP platform, with tidbits like reverse charging, an AR windshield, and a deal where new owners get two years of free public charging.

That has seen Hyundai work with Electrify America to give access to its DC fast chargers across the US. For the first two years, IONIQ 5 drivers will get unlimited 30 minute charging sessions at Electrify America locations. 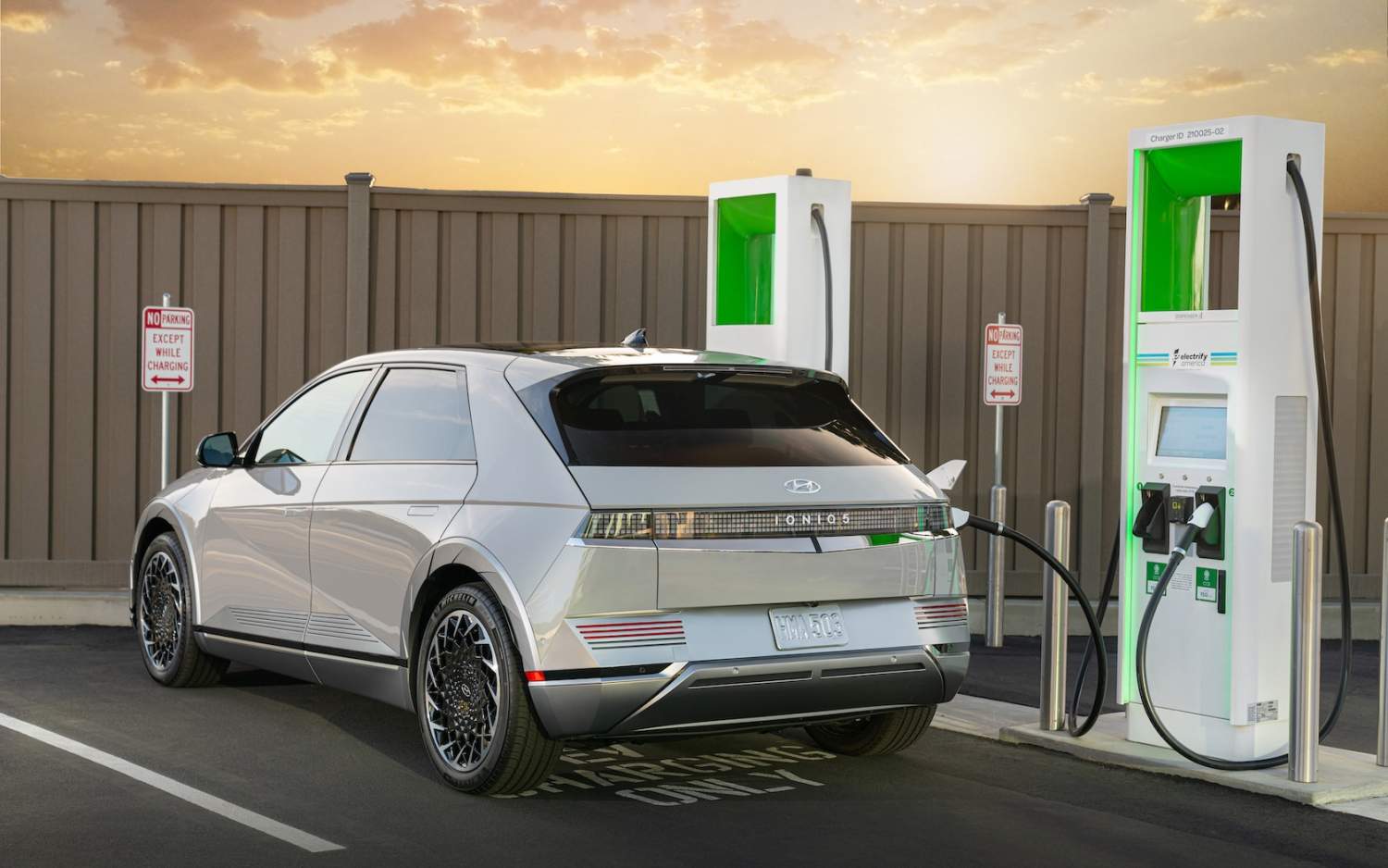 Both owners and lessees will get the deal, with the promise of more than 800 such stations by the end of this year. On a 350 kW charger, Hyundai says, you’ll go from 10-percent to 80-percent in 18 minutes. In five minutes, you’re looking at about 68 miles of range added.

What’s particularly interesting about the E-GMP platform is its support for both 400V and 800V charging. As standard, the IONIQ 5 will use 800V for maximum speed and efficiency; if only a 400V supply is available, however, it can switch over to that without needing an adapter. On a Level 2 charger – as you might have at home – you’re looking at a full charge in under 7 hours using the standard 10.9 kW onboard charger.

Our big question, of course, had been just how far you could expect to drive on all this electricity. There’s only one battery for the US market, at 77. kWh, and Hyundai says that – on the EPA’s cycles – it’s targeting 300 miles of range from the single motor rear-wheel drive IONIQ 5. 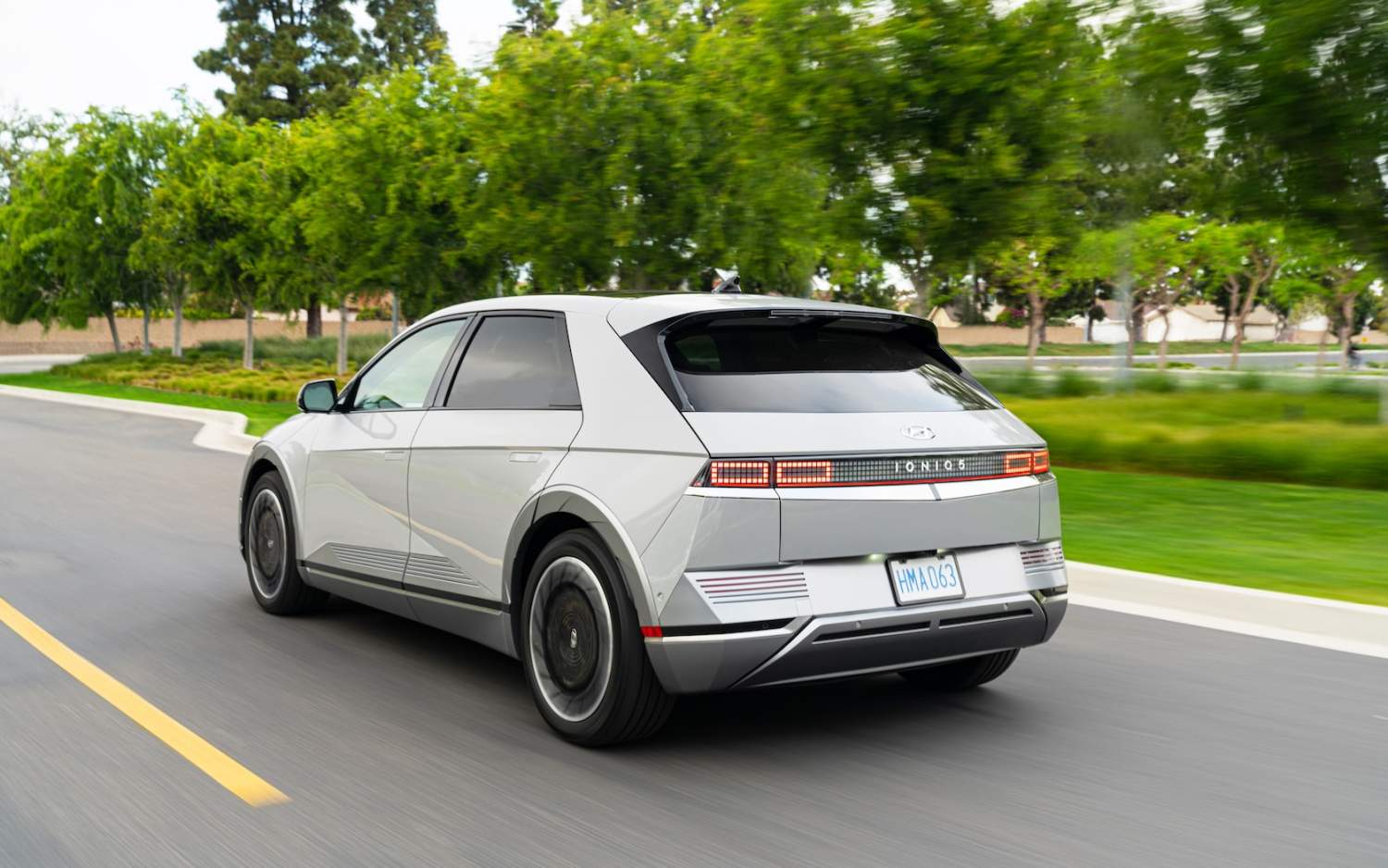 The dual motor all-wheel-drive version should do 269 miles in SE and SEL configurations, Hyundai expects, while the AWD Limited flagship trim has a targeted range of 244 miles. Regardless of configuration, top speed is limited to 115 mph, while towing capacity is up to 1,500 pounds. 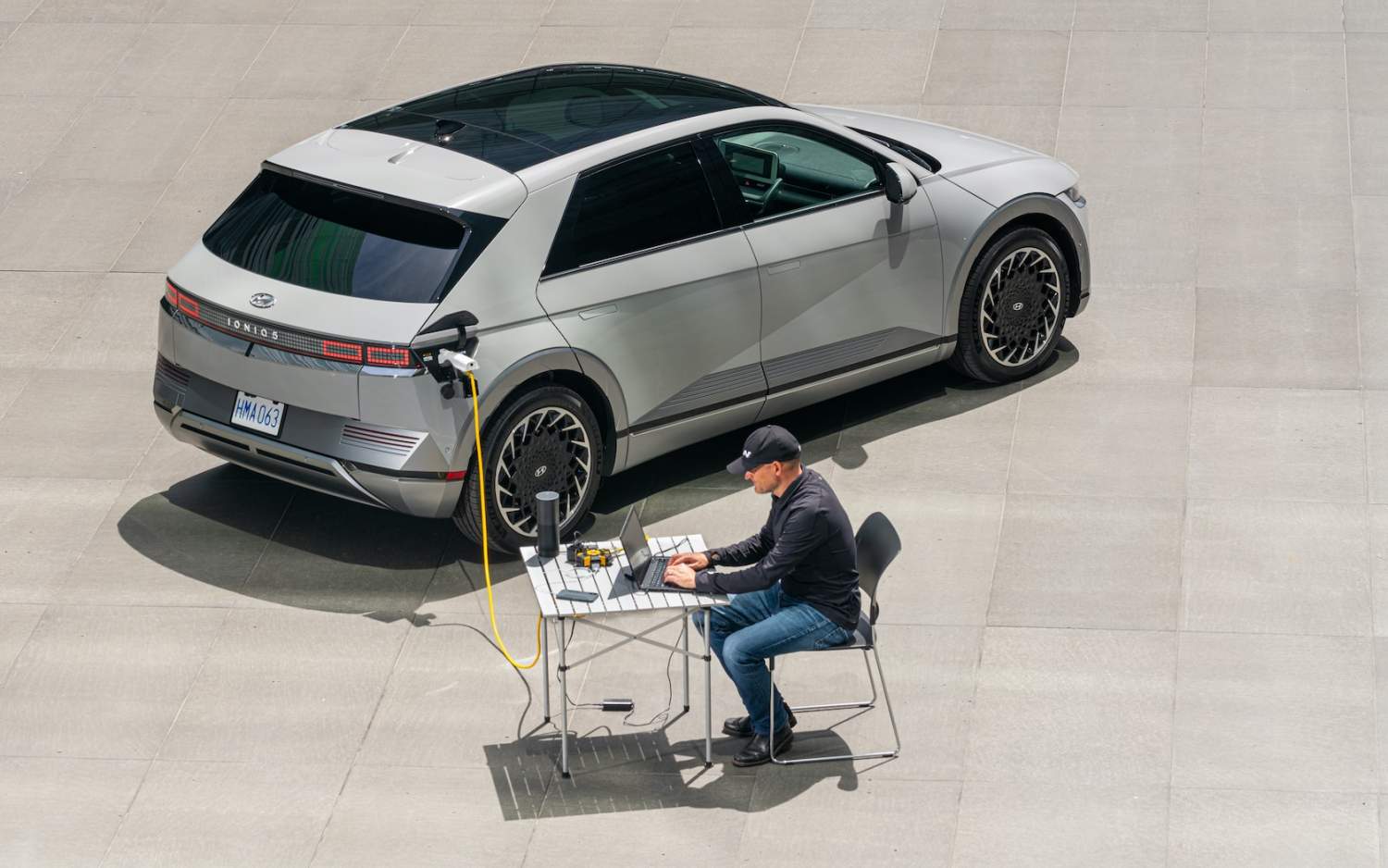 Even when you’re standing still, though, the IONIQ 5’s power could still be useful. Hyundai has added V2L – or vehicle-to-load – support, delivering up to 1.9 kW of power from a 120V AC adapter that plugs into the charging socket on the outside. Limited trim cars get a second outlet on the inside, under the rear bench seat. 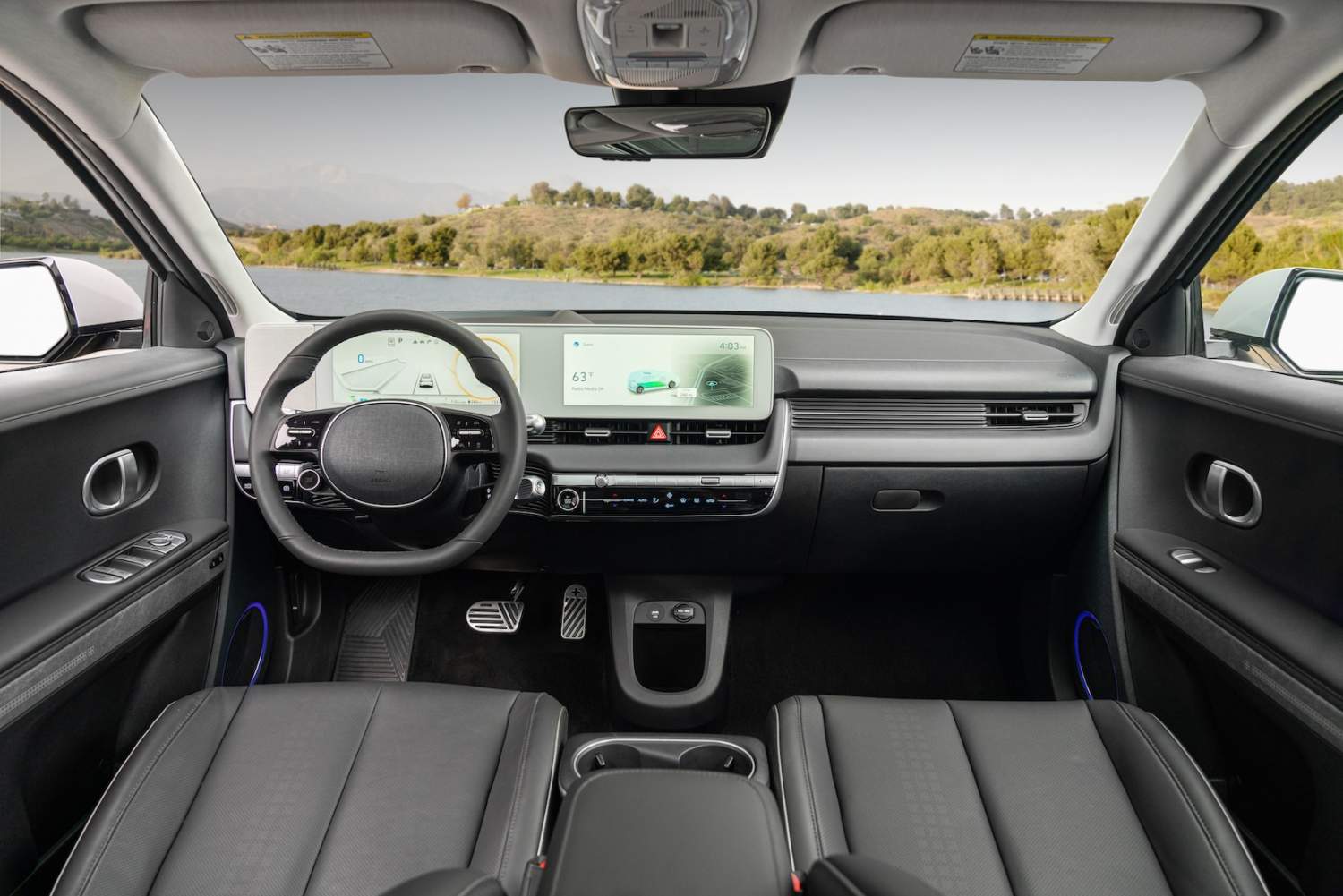 Though the exterior may look compact – those wheels are actually 22-inches – inside Hyundai says there’s more passenger volume than in a Ford Mustang Mach-E or a Volkswagen ID.4. The trunk gets 27.2 cu-ft, expanding to 59.3 cu-ft with the rear seats folded. Those seats also slide up to 5.3-inches forward, and can be reclined.

Similarly movable is the Universal Island center console, which can shift by 5.5-inches front or back. It has cup holders, a 15W wireless charging pad, USB ports, and can accommodate purses and bags inside. In another weird but vaguely charming addition, there’s a magnetic board to the left of the 12-inch digital cluster display that you can stick notes and pictures to, like you would a refrigerator door. 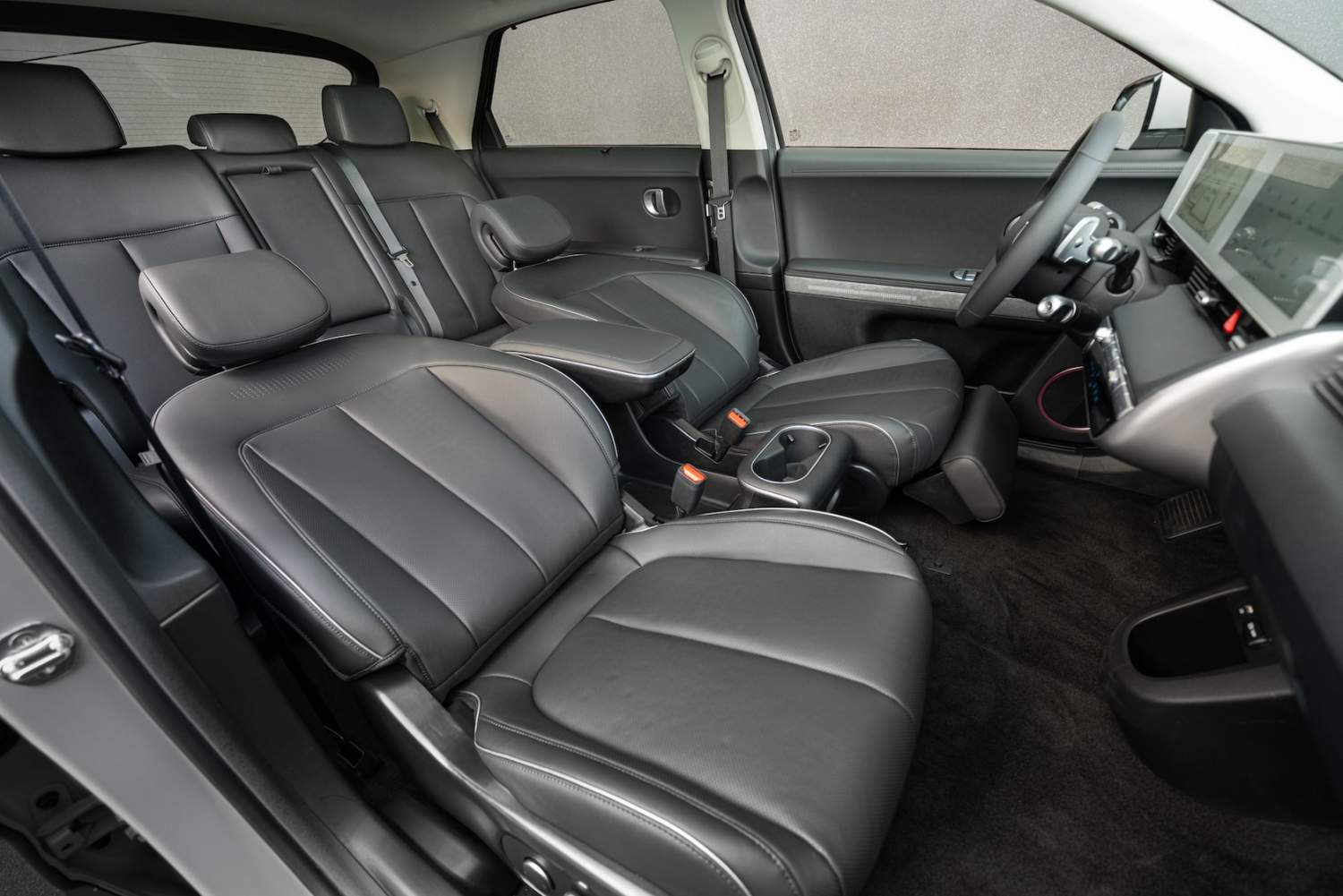 A head-up display uses AR to project navigation instructions and more onto the road ahead for the driver. The center display, meanwhile, is a 12-inch touchscreen with Android Auto and Apple CarPlay support; native navigation shows nearby chargers along with how far you can drive on the current level of charge. Hyundai says it’s also adding mobile wallet support, with the ability to pay not only for EV charging but things like food and parking through the infotainment system.

Another new feature debuting on the IONIQ 5 is Highway Driving Assist 2. It’s a hands-on adaptive cruise control and lane-keeping system, able to maintain pace with traffic. It’ll also help with lane-changes when you hit the turn signal. Smart cruise control promises to learn your driving style and mimic how aggressive or cautious you are when it comes to things like vehicle spacing; it’s one of numerous active safety features. 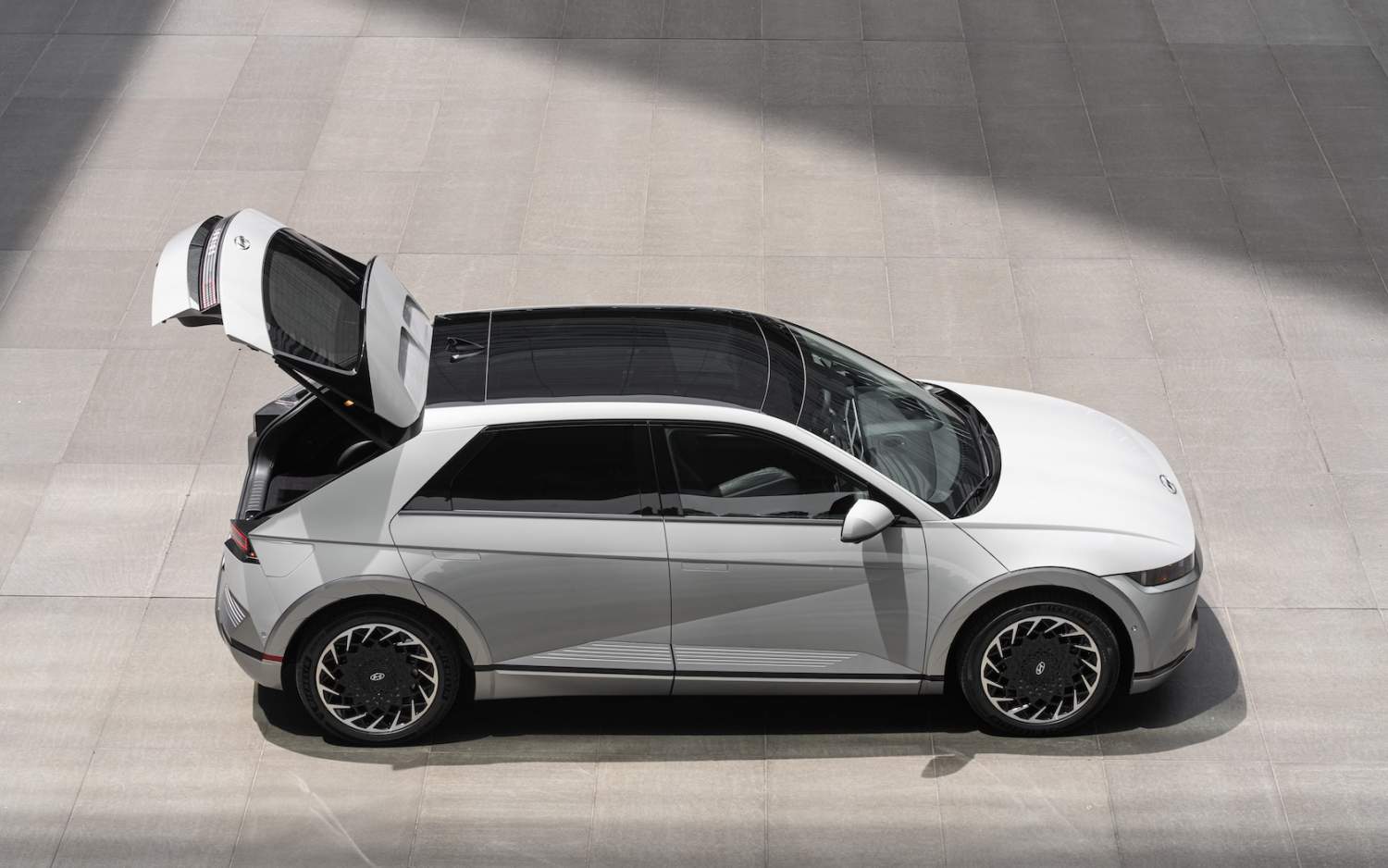 Broader availability will follow in 2022. Pricing will be confirmed closer to release, while Hyundai says it’s also considering a subscription option which will include the vehicle, insurance, and maintenance in a single monthly fee.