Ford’s new Mustang Mach-E may not have a dedicated charging network of its own, but that isn’t stopping the automaker from offering buyers of the upcoming EV a chunk of free charging credits. The electric crossover will be able to tap into Electrify America’s network of DC fast chargers, with Ford offsetting at least some of the fees. Meanwhile, the new Ford Connected Charge Station has also been detailed.

Ford isn’t building its own “Tesla Supercharger” equivalent, but it is trying to streamline the charging process across multiple networks. The FordPass Charging Network will encompass over 13,500 locations and almost 40,000 individual charging plugs, the automaker says, with Mustang Mach-E buyers getting two years of access to the pay-as-you-go chargers.

One of the companies within that network is Electrify America, and Mustang Mach-E drivers charging there will get some bundled credits. Ford will be throwing in 250 kilowatt-hours via its FordPass Rewards system. That, the company says, is enough for over five charges of the standard-range Mustang Mach-E, or over three for the extended-range version.

The credits will be valid for two years, and Ford is basing its “charge” on going from 10-percent to 80-percent. On a typical Electrify America DC fast charger, you’re looking at 45 minutes for that to happen. 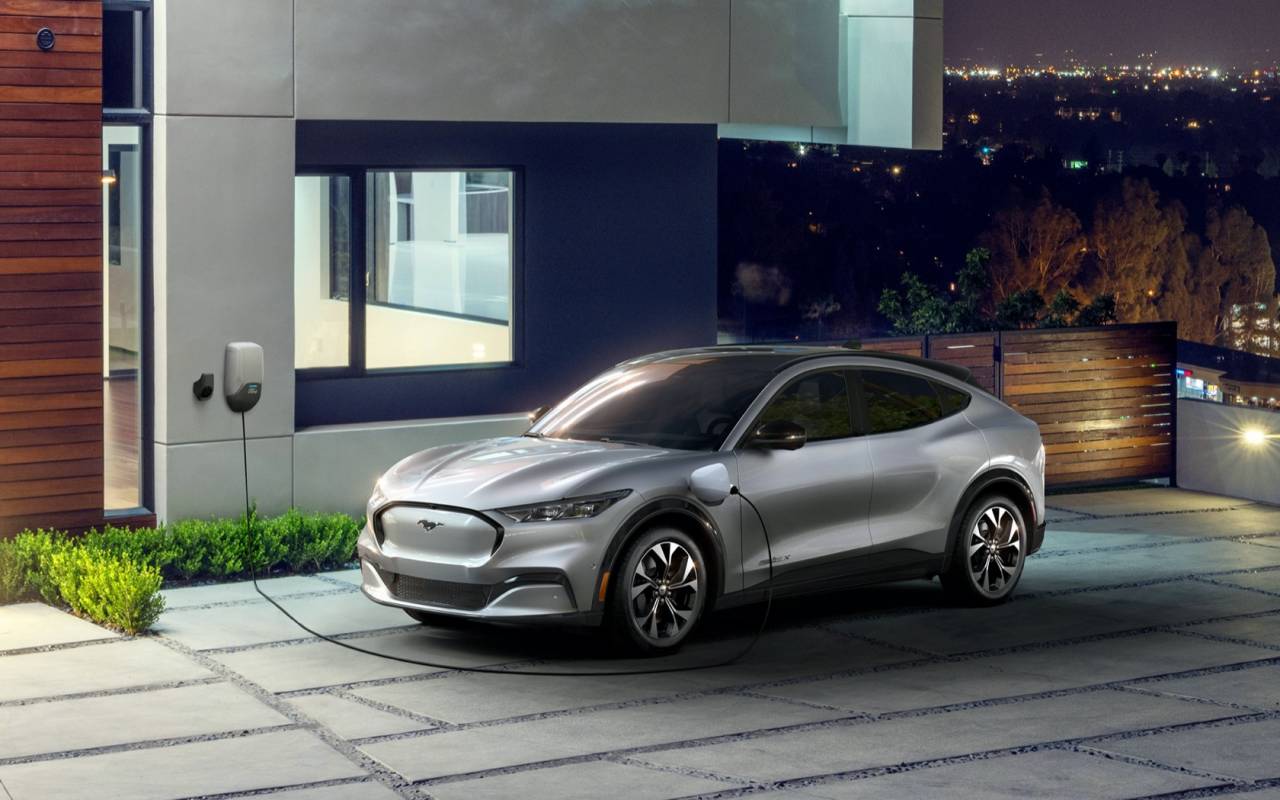 All the same, while EV drivers undoubtedly do charge up at public locations occasionally, the majority of electric vehicle charging happens at home. For that, Ford has its new Connected Charge Station home wallbox, which is available from today.

It’s a Level 2 charger, running off a 240-volt outlet. Later in the year, Ford will be using Amazon Home Services to install the charger as an optional service. Alternatively, you’ll be able to order it from a Ford dealer and have it delivered, or via the FordParts site. If you’re buying a Mustang Mach-E, you can also buy the Connected Charge Station at the same time, and finance it rather than pay the $799 outright. 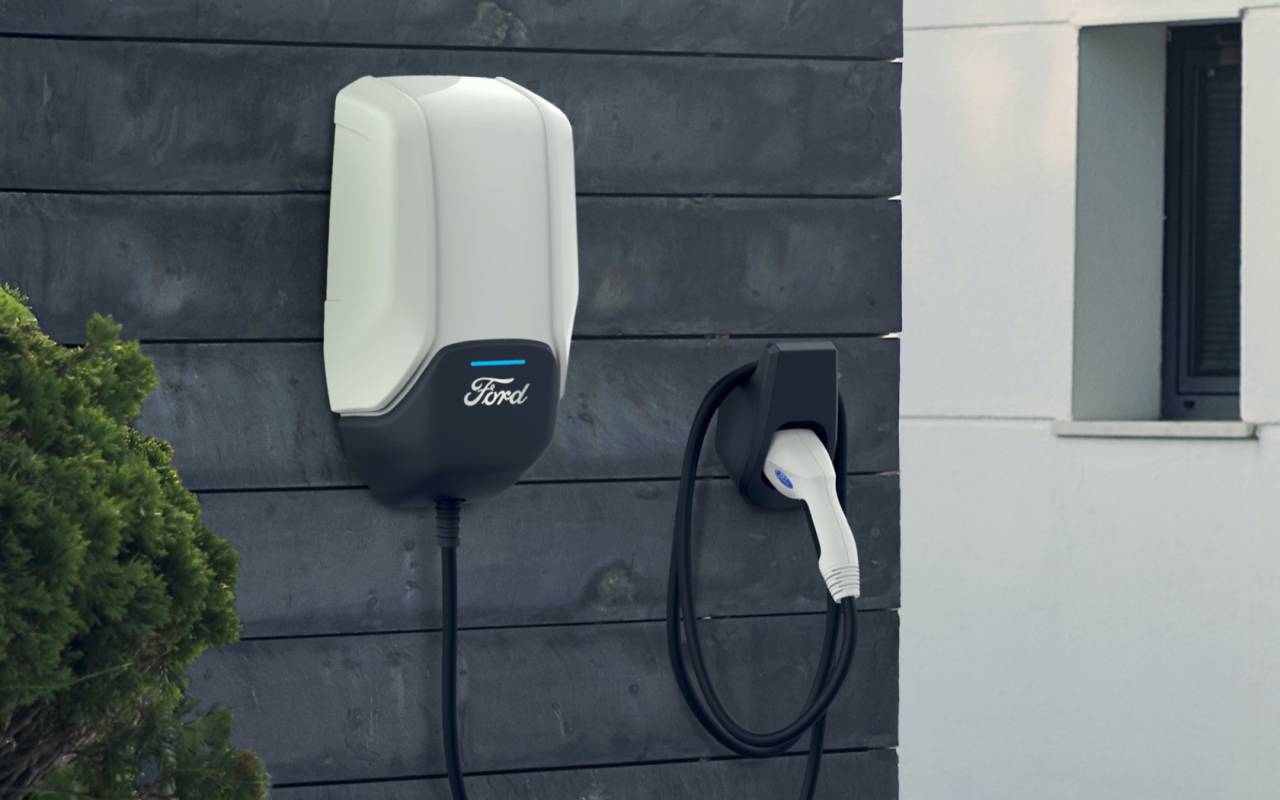