Does Apple drive the tablet market, or ASUS?

This afternoon the folks at the IDC released quarterly worldwide shipment numbers for tablets, suggesting as they did so that a slump in the market this quarter may be due to Apple’s lack of a new iPad. And we got to thinking: it’s easy to relate the growth of the tablet industry over the past several years to the iPad – but what can we see if we pinpoint the releases of individual tablets from each of the other top two tablet-making companies to their quarters? Is it the iPad that’s driving this growth, or the release of excellent tablet packages by non-Apple companies?

There’s always the possibility that it’s both Apple’s iPad and the releases of each of the particularly successful non-iOS tablet devices that’s driving the industry. In all fairness, that’s simply another way of saying, “general tablet interest is driving tablet sales.” That’s essentially the view of the IDC:

“A new iPad launch always piques consumer interest in the tablet category and traditionally that has helped both Apple and its competitors. With no new iPads, the market slowed for many vendors, and that’s likely to continue into the third quarter. However, by the fourth quarter we expect new products from Apple, Amazon, and others to drive impressive growth in the market.” – Tom Mainelli, Research Director, Tablets at IDC

That quote comes from the original press release of the study released earlier today. We had a quick chat with Mainelli in which we asked how (or if) he saw tablets other than the iPad encouraging growth in the industry.

“I think the iPad has traditionally been the biggest driver, but certainly other vendors are driving interest, too. I think Google’s Nexus 7 will have a positive impact, as will Amazon’s next Kindle Fire. And people are certainly interested to see what Microsoft’s next Surface will bring. Samsung’s tablet launches haven’t brought the same level of attention as its Galaxy smartphones, but that may change over time.” – Tom Mainelli, Research Director, Tablets at IDC

It’s interesting that Mainelli would mention the Kindle Fire as the company itself hasn’t yet appeared in IDC’s listing of the top five brands selling tablets worldwide. If they’re going to make a move for one of these top five spots, it’ll be their job to beat out the likes of Lenovo and Acer. 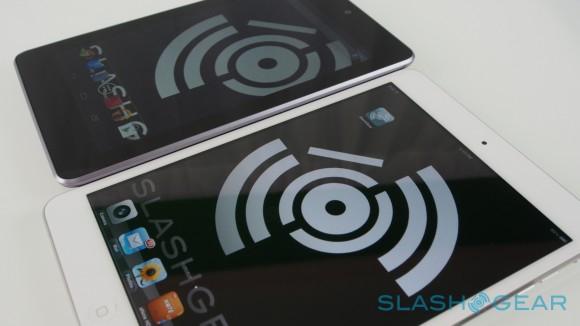 Meanwhile Apple, Samsung, and ASUS have been in command of the top three spots in this listing for quite a while.

Back in 2010, the tablet industry was essentially non-existent. When Apple released it’s first iPad in April (in the USA) and May (internationally), there was no Android competitor to be found. It was only in September of that same year that Samsung first introduced the 7-inch Galaxy Tab.

With numbers sourced from IDC’s reports of worldwide shipments of tablet devices, we’re able to see how the tablet industry blossomed over the past several years.

Earlier this year the IDC suggested that Tablets would overtake portable PCs by year’s end. That’s by the end of 2013. If you look at the most recent PC shipments report from IDC, you instantly recognize how they’d make such a suggestion: 76,294,000 PC units were shipped worldwide in the first quarter of 2013 while the same quarter saw 49,200,000 tablet units shipped, this tablet shipment number up from 20.3 million just one year previous. 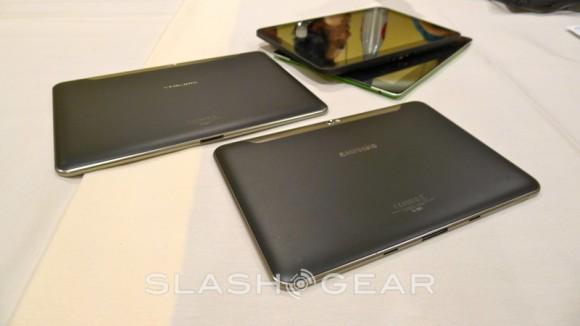 If we take a peek at how each of the top three tablet-selling companies are doing over the past couple of years, trends emerge in two places: the release of iPads and the release of hero products (or product lines) from the companies themselves.

It wasn’t difficult to see ASUS and Samsung take off in the past year. Both companies dug in and set to knocking out tablet after tablet, size after size, until something stuck.

While ASUS certainly put out their fair share of devices over the past two years, and we’ve definitely not hit the full collection in the list above, it’s the Transformer Pad family and Nexus 7 that took hold. While the Transformer family showed the public that ASUS was capable of making the highest-powered tablets on the market (the Transformer Prime was the world’s first quad-core processor-toting tablet with NVIDIA Tegra 3), it was ASUS team-up with NVIDIA for Kai that pushed them over into the big-time. 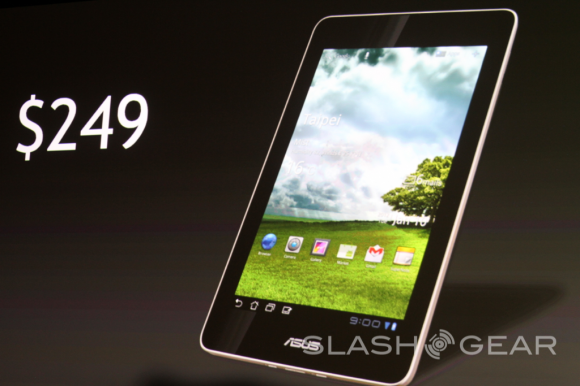 Back on May 23rd, 2012, NVIDIA held a press conference during CES 2012 in which they revealed the $199 Kai tablet plan. They then revealed the $249 ASUS EEE Pad MeMO, a tablet that quickly disappeared from the public eye because – as it’s generally accepted as common knowledge now – Google saw the device and nabbed it as a golden opportunity.

This device was reborn as the Google Nexus 7. The Nexus 7 was released in the third quarter of 2012. That same quarter, ASUS unit sales increased by well over double. From Q2 with 0.9 million tablets sold to Q3 with 2.4 million units sold and Q4 with 3.1 million units sold, make no mistake: the Nexus 7 is ASUS most successful tablet device yet.

Samsung’s success is a bit more difficult to track as they’ve released so many tablets over the past two years that they’ve got what’s essentially a direct competitor for every other Android screen size on the market.

While you’ll see Samsung tablet sales essentially flatline (getting no better and no worse) from quarter to quarter halfway into 2012, it was right around that time that the company really started to push their second wave (or third wave, however you want to look at it) of Galaxy Tab devices. Connecting the line with Smart TV services and a blossoming family of Samsung-centric apps and services, the company hit the public well with the Samsung Galaxy Tab 2 family.

Sales jumping at that point can also quite likely be attributed to the vast availability of the Samsung Galaxy Tab lineup, be it the new range of Galaxy Tab 2 tablets or their newly discounted first wave. At that point Samsung was also the only company really making a grand effort to tell the public that they were the best alternative to the iPad.

*Side Note: Judging solely (and quite unprofessionally) by the tablet users I’ve spoken with over the past year that own any kind of slate, there’s a significant cross-section of people who’ve purchased the most readily available tablet on the market and, like a Band-Aid, assume they’ve got what’s called an “iPad.” This doesn’t have any affect on how the IDC racks up its sales numbers, of course, but considering the trouble Samsung and Apple have been in – for years – over how similar their first-generation products were, there’s a reality in public perception there that cannot be dismissed. Please feel free to comment on this specifically if you agree.

When it comes down to it, there really haven’t been that many Apple tablet released over the past two years (remember now we’re talking about two years ago from today, right after the second quarter of the year). Apple’s unit sales numbers can easily be tied to the releases of each consecutive generation of iPad, but while interest in the iPad can be linked to public interest in tablets in general, as the IDC’s Mainelli suggests, it’s much easier to see how ASUS and Samsung push unit sales with major hero product releases on their own.

The iPad is important – and it was important in striking the original flame that was the modern tablet market’s initiation – but here in 2013 it’s up to ASUS and Samsung (if not every other individual tablet brand on down the line) to drive their own sales in the wild.

Watch the numbers in the next quarter to see how well ASUS does now that they’ve teamed up with Google for another Nexus 7, and stay tuned as Apple releases a new slate (or two) closer to the fourth quarter of 2013. It may just be that the tablet market rises and falls at Apple’s will simply because they sell the bulk of the units that make up the segment – it could be that simple.