Hyundai has welcomed Boston Dynamics into the fold, though while the robot dogs may be able to keep up with superband BTS’ dance moves it’s all still a little creepy. The South Korean automaker inked a deal with SoftBank to take majority ownership of Boston Dynamics earlier this year, and given Hyundai’s existing promo deals with the band it was only a matter of time before a mashup.

Hyundai and BTS have been working together on promotions since 2018, in fact, back when the automaker used the group’s spotlight for the Palisade SUV launch. Since then we’ve seen the band push the Nexo hydrogen fuel-cell vehicle, among others.

The Boston Dynamics Spot promo doesn’t stray too far from that formula. Coming face to, well, sensor array with the robotic dog, the K-Pop group challenge it to a dance-off and Fun Is Had by all. There’s also a special appearance by Atlas, Boston Dynamics’ humanoid robot, which we’ve already seen do parkour and more.

Things get a little more unsettling – and dare we say creepier – when Spot is left to its own devices. As with Boston Dynamics’ other recent dance routines with the robots, it’s technically pretty much perfect. Seven robots all moving in synchronicity, along with lip-syncing – or at least manipulator-hand-syncing – with the lyrics.

Those moves which look so engaging when BTS performs them, though, edge us down another side-route of the uncanny valley when it’s a robotic dog carrying them out.

We can’t blame Hyundai for wanting to make the most of its billion-dollar investment, of course. The automaker has suggested that this Boston Dynamics acquisition will be part of its shift toward broader mobility, rather than focusing on cars, SUVs, and trucks. That includes everything from individual ground-based transportation, exoskeleton-style personal support, all the way through to flying taxis and VTOL aircraft. 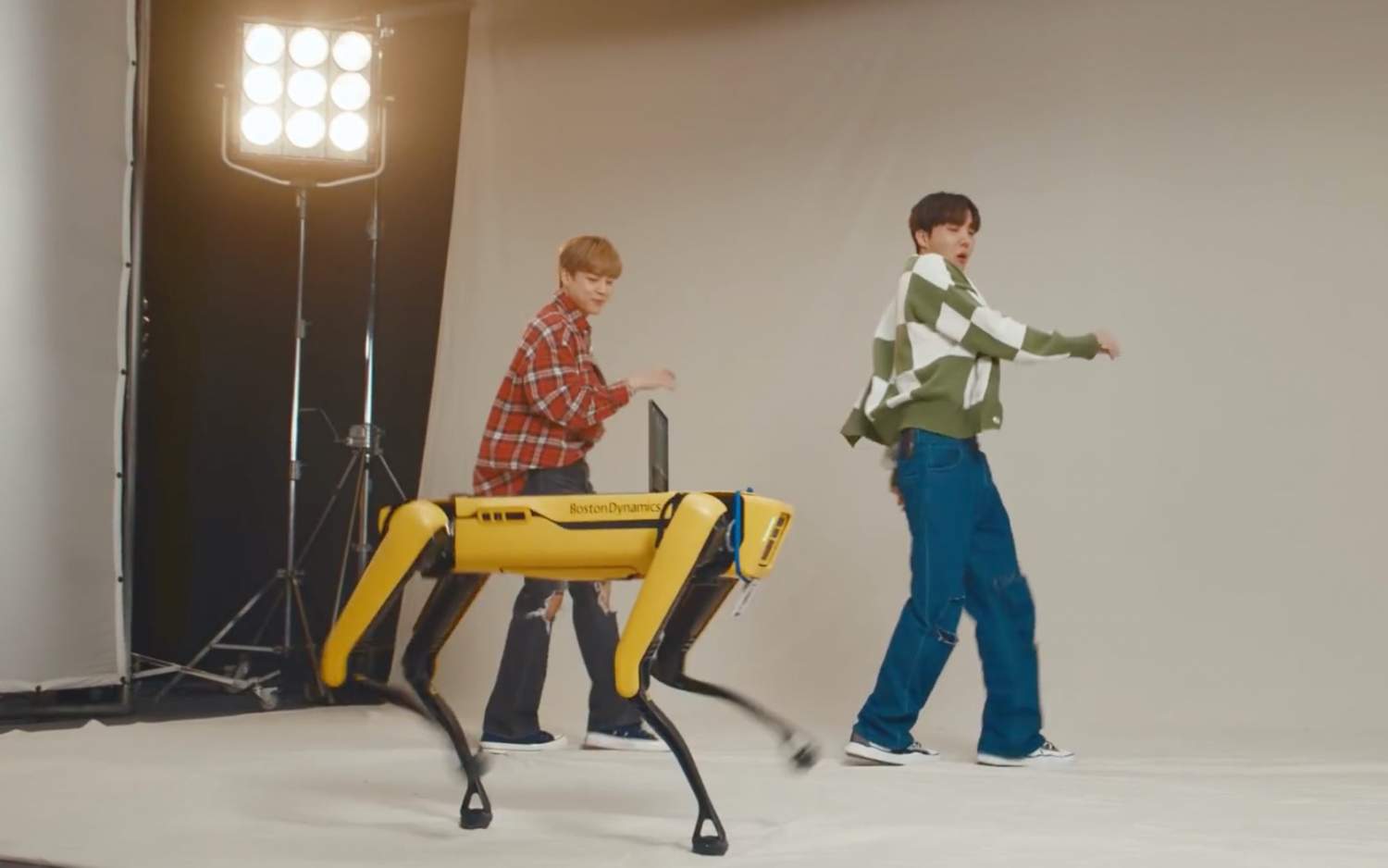 It’s all well and good, but there’s no shortage of Boston Dynamics dancing robot videos out there right now. The big question is just how well Hyundai can capitalize on the technology there and turn it into a lucrative income stream. The robotics firm was just starting to push Spot into commercial deployment, having been trialing the robotic dog within enterprise and factory settings.

As several owners of Boston Dynamics have discovered over the years, including SoftBank and Google, actually making money from your impromptu dance troupe is a fair sight more difficult than making an engaging two minute video. With BTS having already cornered the market in entertainment, it’s now time to see whether Hyundai can figure out a way to squeeze some commercial success out of the high-profile but expensive robots.