Kicking off as a Massachusetts Institute of Technology spinoff way back in 1992, Boston Dynamics founded by Marc Raibert, professor of Electrical Engineering and Computer Science at MIT, has come a long way ever since. Google bought the company in 2013 as a part of its X research and development wing. Then later sold it to Softbank in 2017 for an undisclosed amount.

With agile and intelligent robots like Spot, Atlas and Handle in its arsenal; Boston Dynamics has made huge leaps in robotics as far as practicality is concerned. Spot is a tough four-legged dog-like robot, tailor-made for all the tough tasks in difficult terrain while humanoid Atlas brings the agility and dexterity for complex in-house tasks.

Then there is the small-footprint Handle robot, specially built for warehouse tasks like moving boxes or unloading trucks. A recipe Hyundai Motor Group will hugely benefit from in their future endeavors and also help Boston Dynamics expand as an independent robotics wing for future technologies. 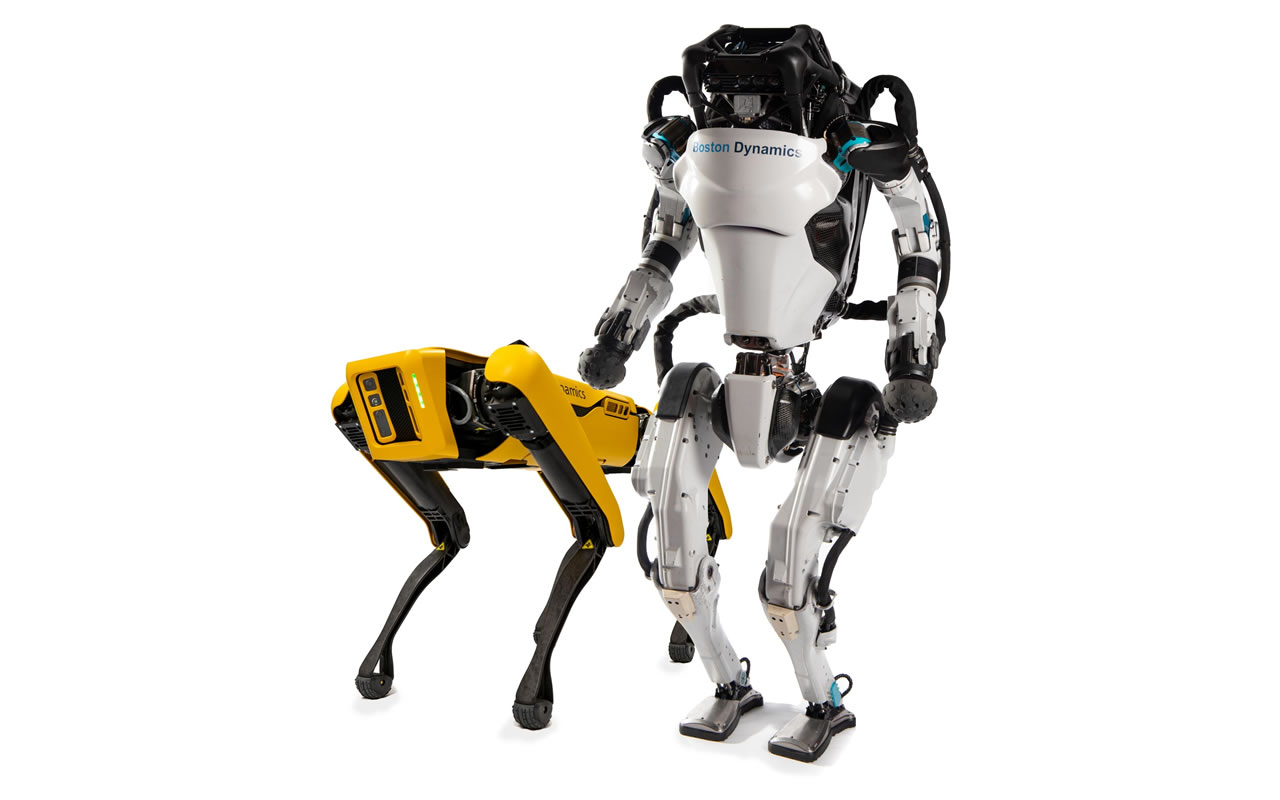 Hyundai Motor Group and Softbank have made the deal official as Boston Dynamics is yet again changing hands for a new parent company. The deal is valued at $1.1 billion as announced by Hyundai Motor Group, who’ll have around 80-percent share in the robotics giant, while Softbank will retain a 20-percent stake via the affiliates.

After having initial talks since early November, the two corporate giants finally made the news official. All the formalities and legal proceedings will be finalized by June 2021 for this strategic move.

The business deal is going to benefit both the companies, as they’ll be able to use cross-platform technologies to create a synergy in intended fields. This will bring improved capabilities in manufacturing, construction, automation, and handling of logistics by adapting each other’s strengths. 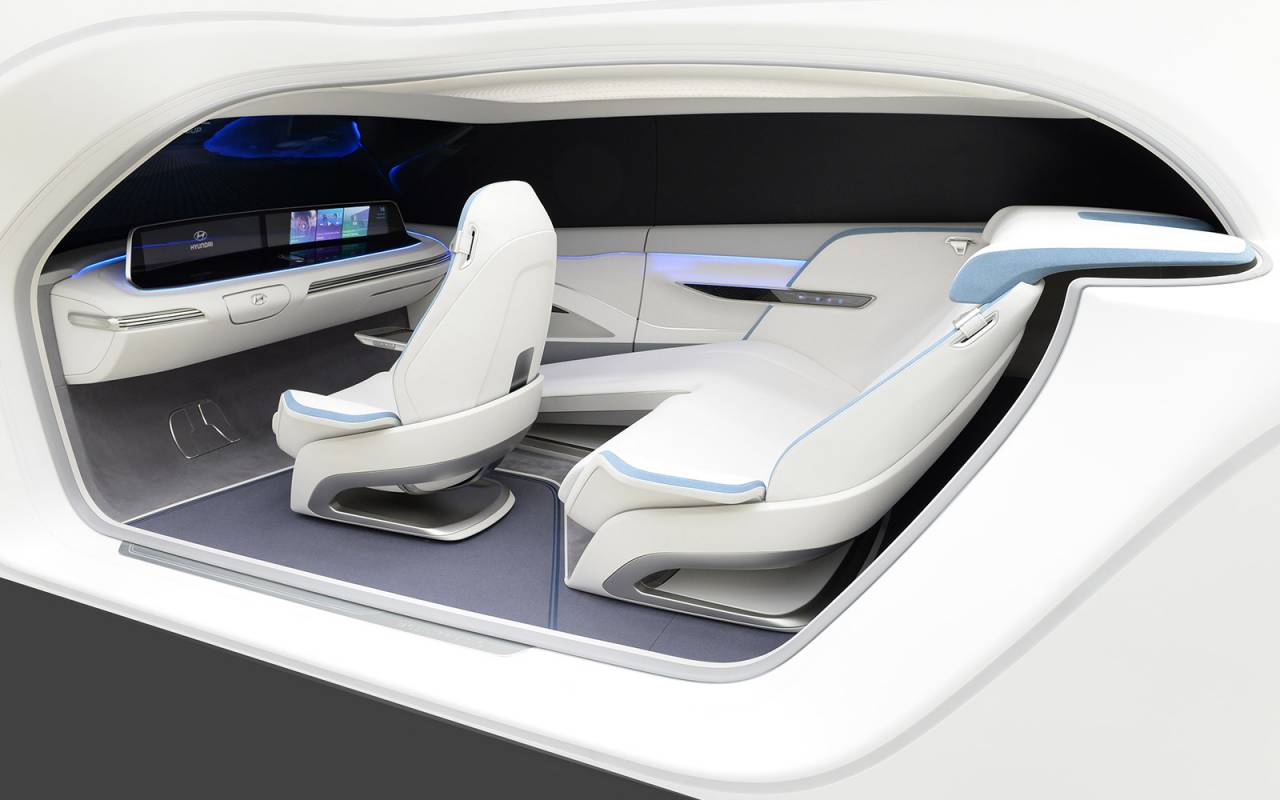 South Korean carmaker will leverage the robotics technology to expand avenues of manufacturing with robots specifically designated for such tasks. The conglomerate also purchased Kinema Systems, based in Menlo Park, California, pointing toward the bigger picture of a unified ecosystem where automation of processes and achieving economies of scale will be drastically boosted with robotics and vision sensor systems.

Euisun Chung, Chairman of Hyundai Motor further solidifies the vision with this statement, “This transaction will unite capabilities of Hyundai Motor Group and Boston Dynamics to spearhead innovation in future mobility.”

In a recent statement, Hyundai has categorically said that 20-percent of its future business will comprise robotics. The Hyundai Robotics Division and the investment in autonomous self-driving vehicle startups 42dot and Aptive, along with the investment in Realtime Robotics further substantiates the overall vision. In fact, Hyundai has plans to invest around $1.4 billion in the robotics and automation industry by 2025.

Why invest in robotics technology? 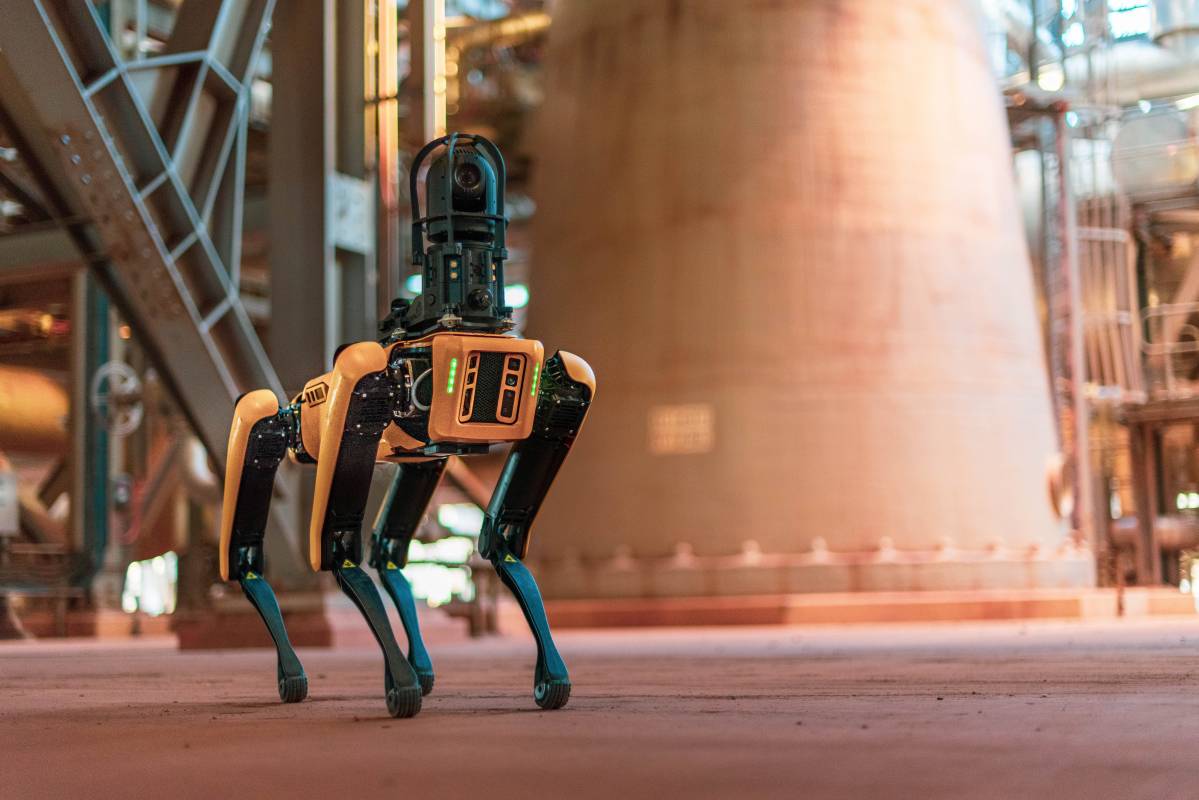 The long-term vision of this deal is to expand the presence in the humanoid robot market. This envisions developing humanoid robots that can be employed in caregiving services. According to Hyundai Motor Group, one of their aims is to transform human life and positively impact society by making judicious use of the world’s best robotics technology and mobility expertise.

Euisun Chung, Chairman of Hyundai Motor Group said, the union offers, “exciting new pathways for our companies to realize our goal – providing free and safe movement and higher plane of life experiences for humanity.” Euisun also emphasized the fact that they’ll contribute to society by “enhancing its safety, security, public health amid global trends of aging society and digital transformation.”

Essentially it embodies the core mission of gradual metamorphosis into a Smart Mobility Solution Provider. The investment and developments in technologies pertaining to the self-driving arena, green vehicles, artificial intelligence and now robotics will unprecedentedly boost the group’s prospect in a smooth transformation. 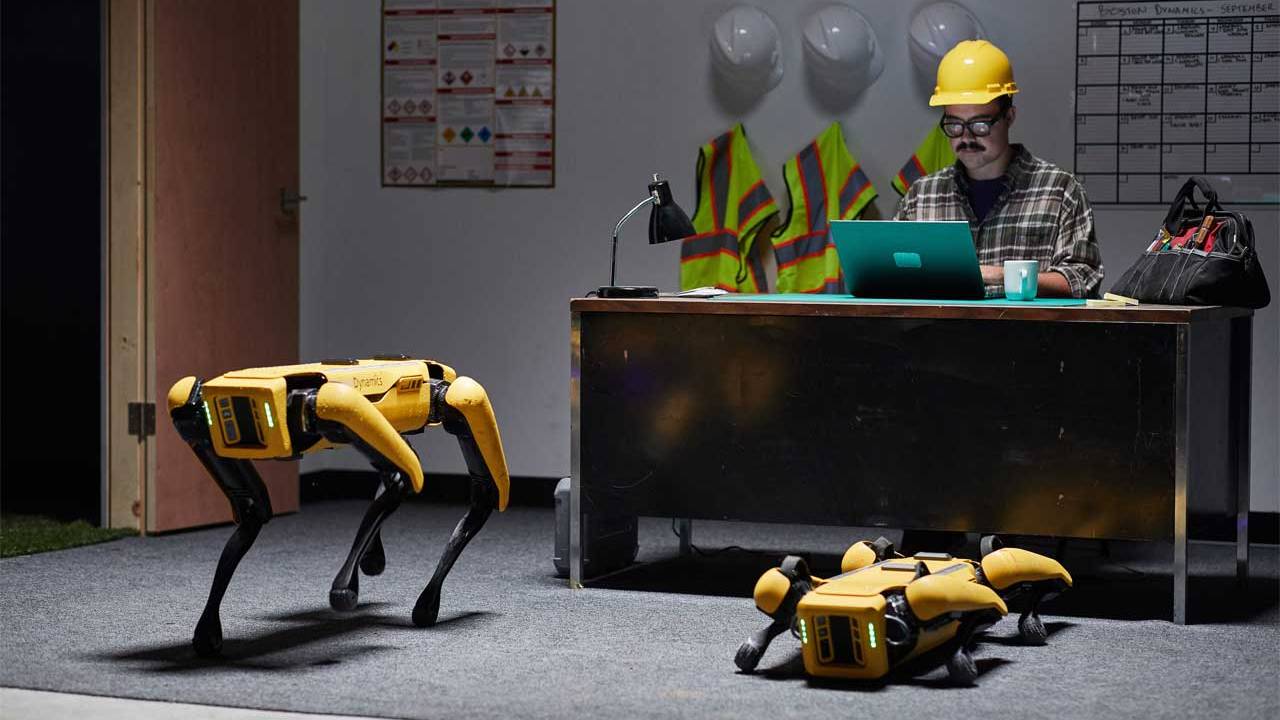 Commercialization of robotics, Spot dog robot especially, from next year, with an enterprise version having a greater level of autonomy is pretty much certainty now. Apparently, the intimidating robot is already up for grabs for $74,500 (400 Spots already sold) and the more customized version in the coming years could bring in flexible operational capabilities than ever. Two-wheeled Handle is already tailor-made for the manufacturing and logistics streamlining, so we can expect that to be commercialized as well by next year.

Atlas could be a good contender for future caregiving robots for the commercial market – like in hospitals or even a personalized nurse role for the filthily rich. Although the robot is capable of doing much more than that with its swift athletic moves. The possibilities are just one’s imagination as the mission is to create high-performance robots equipped with new-age perception navigation for a smarter, more connected world. 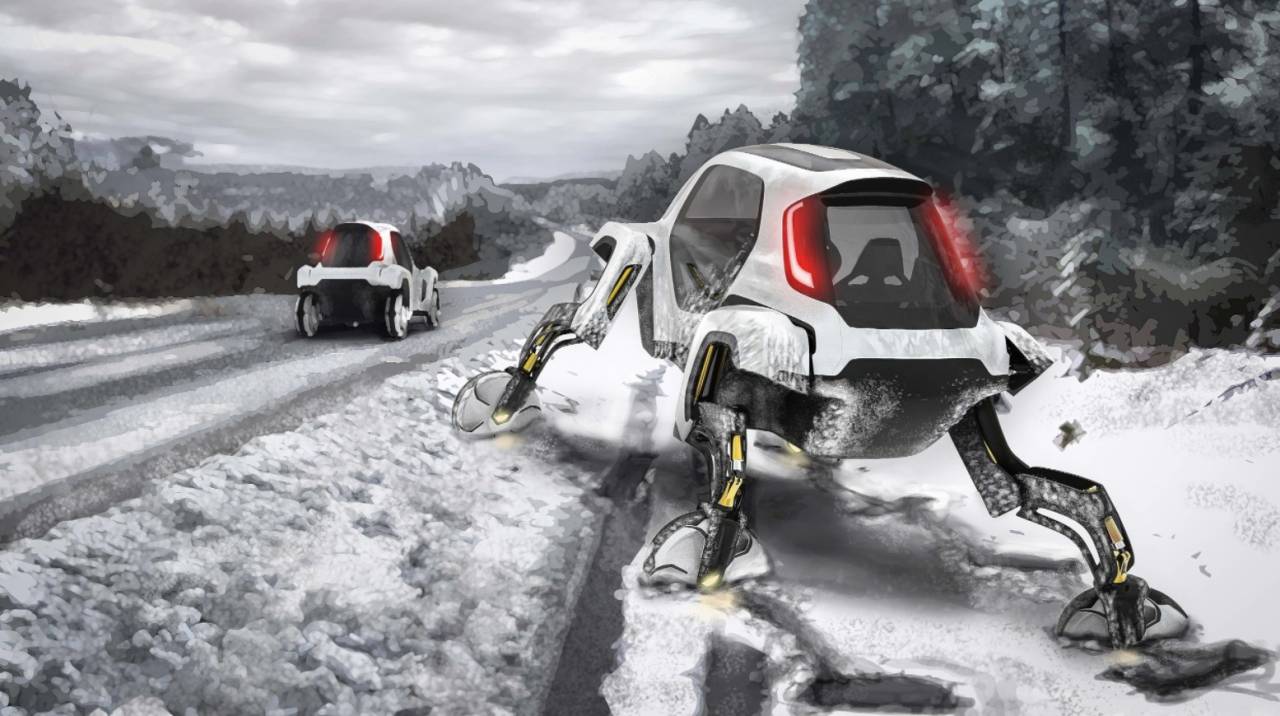 Among all this hype about one of the greatest business deals of the year, do remember that Hyundai Motor Group’s New Horizons Studio is developing a Transformer-like car. Yes, a walking car that’ll change mobility completely in the next decade. This is another chain-link that embodies the vision of buying one of the most valued robotics companies on the planet.

The vehicle will be able to go places (as a first responder) where humans can’t possibly think of, for instance in event of a natural disaster. Legs of the walking car dubbed Elevate will have five degrees of freedom, mimicking the motion of agile reptiles.

According to Hyundai, the car can climb five-foot walls or scale a five-foot gapped rock with ease for the ultimate mobility solution for distress calls or tough terrains. Having the technical expertise of the team at Boston Dynamics will definitely accelerate this vision and many more beyond comprehension.