Bollinger Motors is scaling up its commercial electric vehicle ambitions, with new rear-wheel drive and dually versions of the platforms it plans to offer to companies looking to build their own zero-emissions Class 3 truck. Announced last year, the Bollinger B2 CHASS-E Cab and CHASS-E effectively aim to fast-track commercial fleets as they transition to electric, with the appeal of the two versions depending on just how much customization each company wants to do.

The B3 CHASS-E Cab, for instance, looks a lot like a traditional chassis cab truck platform, albeit one with Bollinger’s distinctive angular styling. It has a two door cab, behind which the battery platform is basically left bare: fleet operators are free to then mount whatever body they choose, whether that’s for a delivery van, to use it as an emergency response vehicle, or for construction and landscaping purposes. 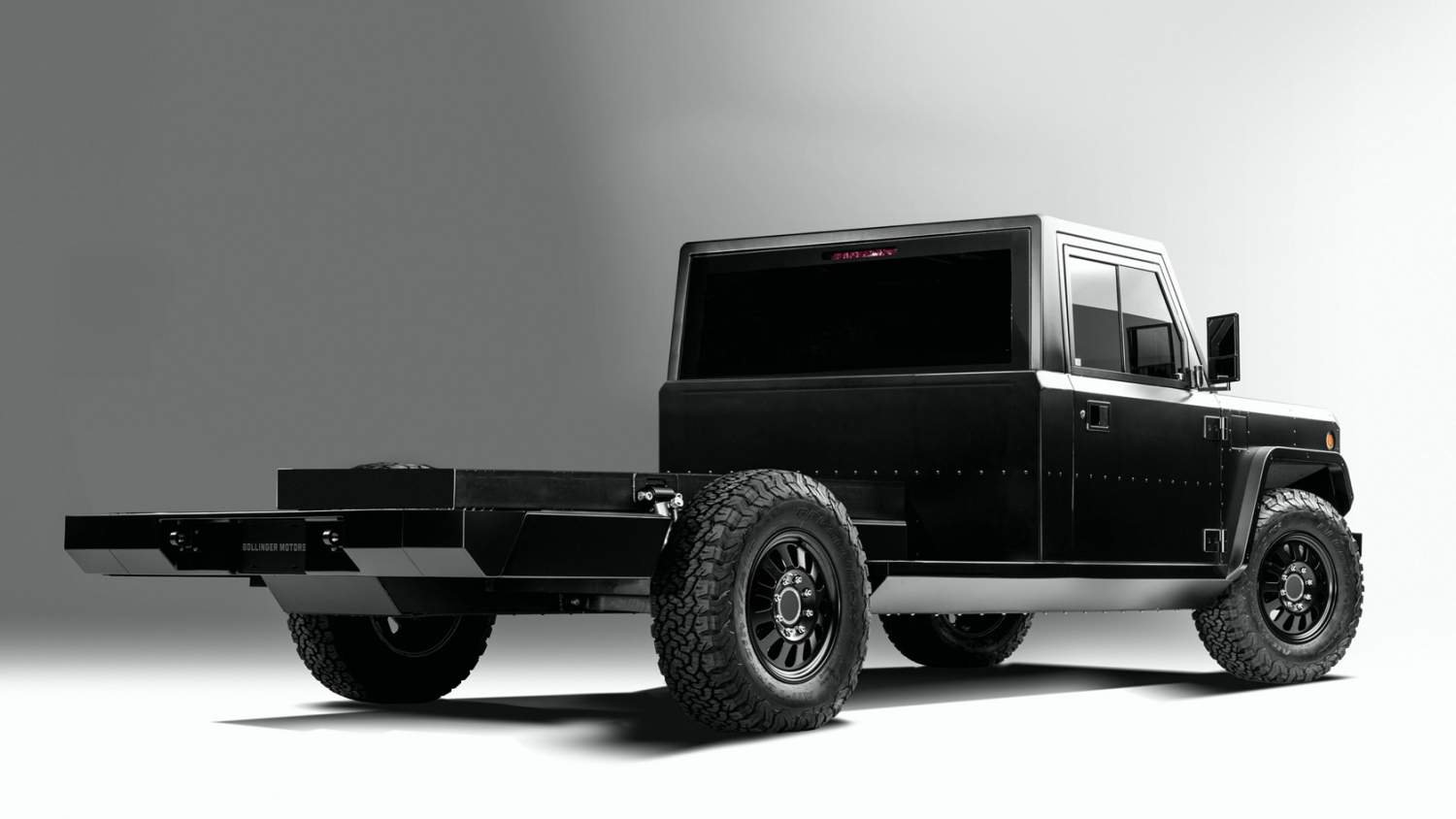 As for the CHASS-E, that pares things back even further. Gone is the cab, and indeed everything typically visible from the street level, bar the wheels. What you’re left with is Bollinger’s Class 3 skateboard platform, effectively the motors, batteries, electronics to drive them, and the suspension and braking systems. Atop that, there’s even more flexibility to design a completely custom vehicle.

When it announced the two new Class 3 products, Bollinger said they’d be using its all-wheel drive platform. Today, though, the automaker has confirmed it’ll be offering both rear-wheel drive and dual rear-wheel drive variants as well. They’ll be more cost-effective options for companies that don’t need the traction of AWD. 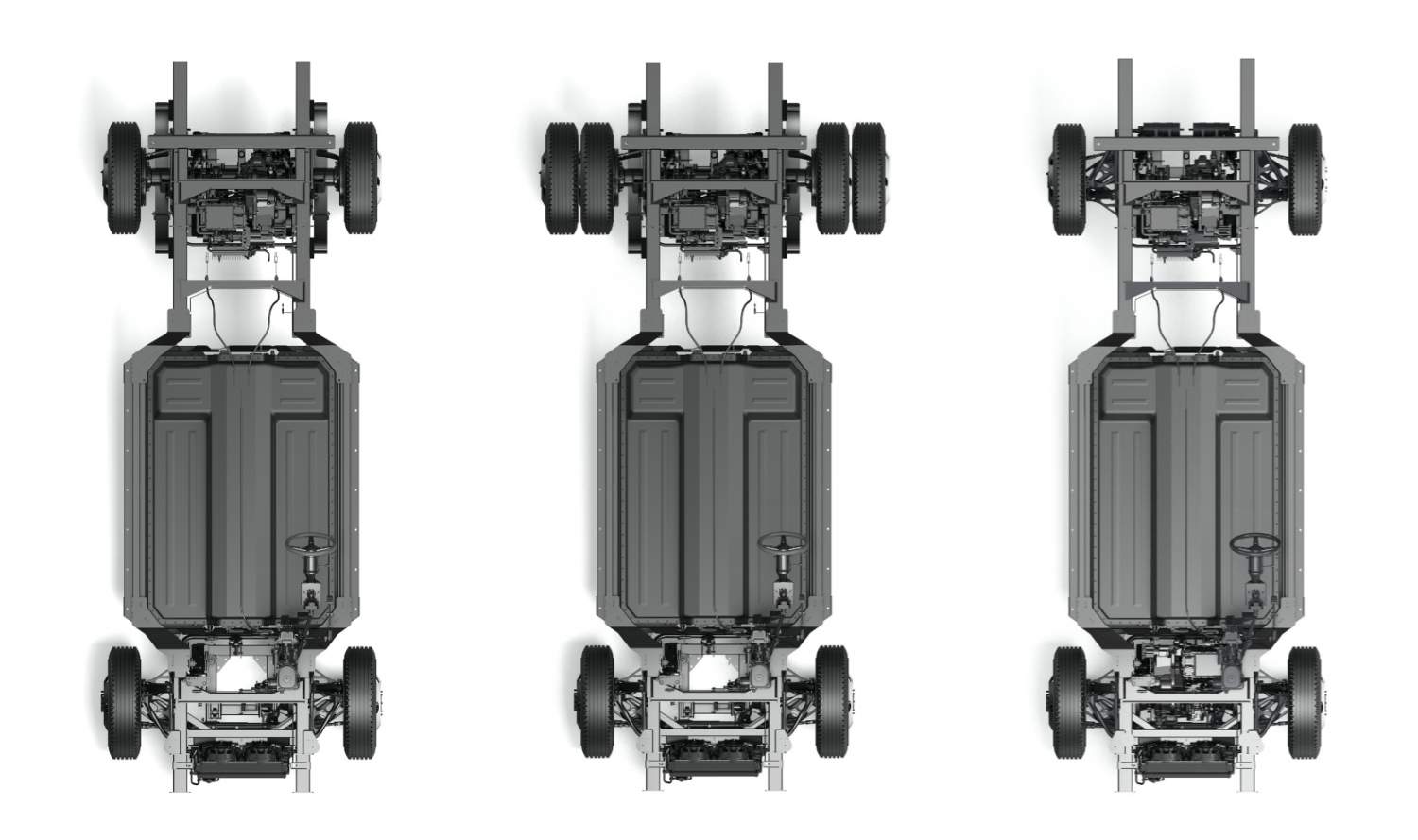 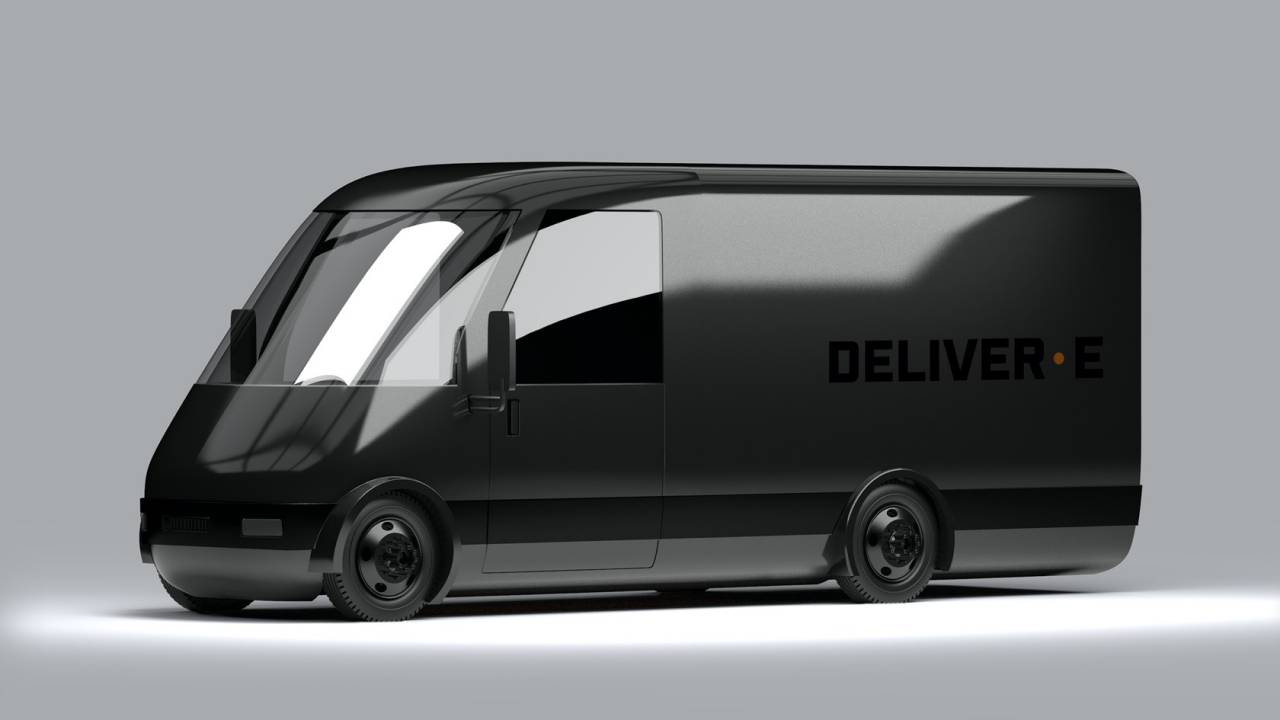 Bollinger says it expects deliveries to kick off in 2022, and points out that the B2CC is the only Class 3 electric chassis cab in development. That’s not to say it’ll have the EV logistics space to itself, of course. There are plenty of projects underway to make urban and suburban deliveries zero-emissions, from familiar names like Ford with the E-Transit and GM with its new BrightDrop division, to newer startups like Canoo and Rivian. Of course, Bollinger also has a turnkey electric van of its own, the DELIVER-E, which the automaker says it hopes to put into production in 2022.