Amazon has revealed the first custom electric delivery truck made in its partnership with Rivian, detailing the zero-emission vehicle that, eventually, the retail behemoth hopes will number 100,000 in operation. Although we’ve seen development prototypes, mockups, and renders of the van before now, this is the first time Amazon and Rivian have shown the complete and functioning EV.

At first glance, though, you might not realize how different it is. There’ll be three sizes of vehicle, eventually, scaled to suit different locations – from tight urban environments to more rural applications – and with different configurations of powertrain and battery size depending on where they’re be operated and what sort of terrain and weather they’ll have to handle.

It’s the detailing where things get interesting. The windshield is oversized and extends further down than in most delivery vans, for example, for better visibility, and there are 360-degree cameras for a full perspective around the EV. They work with sensors and a collection of highway and traffic assistance technology, which should help both improve safety and reduce driver stress. At the rear, an elongated light-bar is designed to make it clearer to other road users when the delivery vehicle is slowing and stopping. 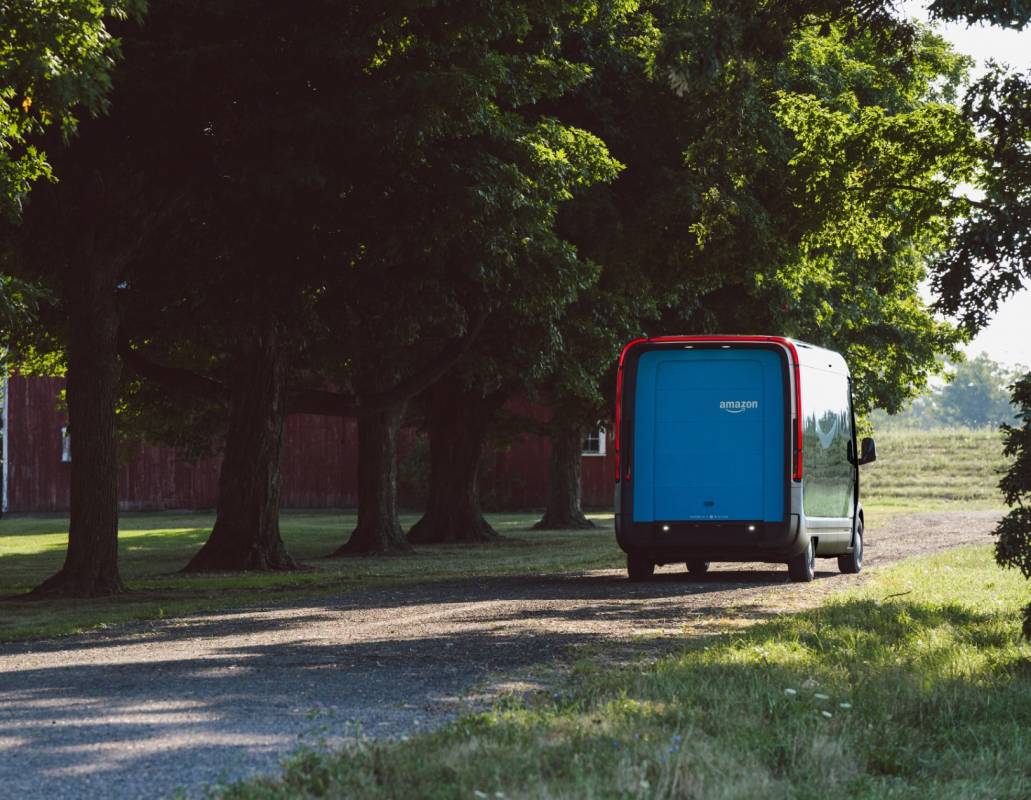 The door on the driver’s side is reinforced, which Amazon says is for additional protection, while a bulkhead door can be closed to separate the load area for further safety. The cabin is described as a “dancefloor” for easier movement on a single level, and there are three levels of shelving in the back for different types of package shape and size. 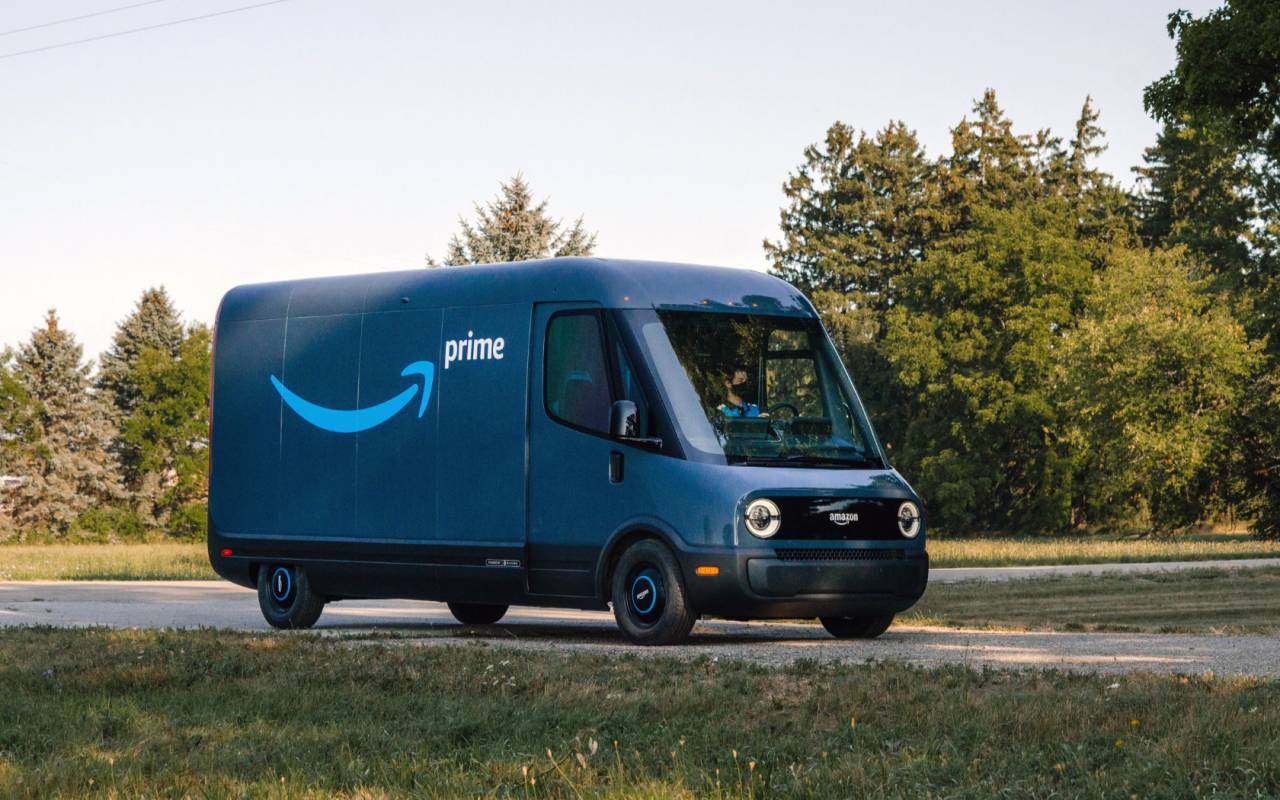 Alexa, unsurprisingly, acts as copilot. The vans will be permanently connected, and the voice control system will be used for weather updates, route information, and other guidance. Physical controls are kept to a minimum, with a simple two-spoke steering wheel that has clusters of buttons and scroll dials, a digital instrument binnacle, and a tablet-style infotainment display in the center console. 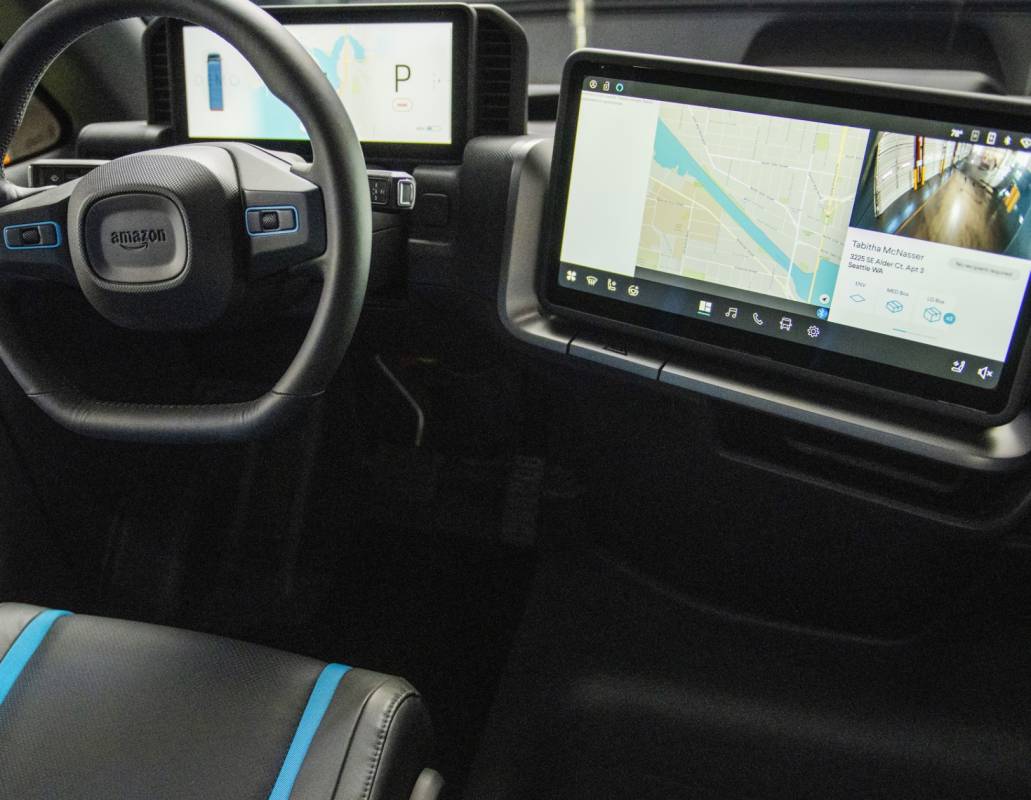 From there, the driver can control things like the heating and ventilation, adjust the heated seats and steering wheel, and see the map of their route. It’s also how the logistics are managed, too, such as indicating what sort of package is to be delivered, and whether a signature is required on drop-off. 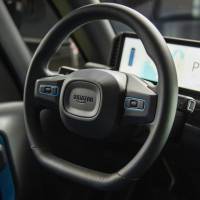 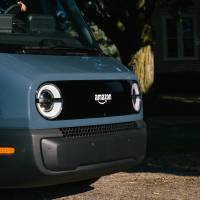 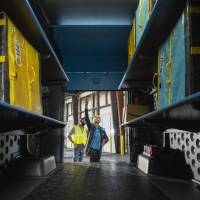 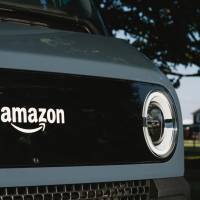 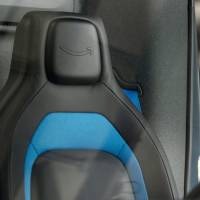 Eventually, Amazon has said, it aims to have 10,000 of the custom delivery vehicles in operation by 2022, ahead of its full 100,000 vehicle goal. The company has taken part in multiple rounds of investment into Rivian, the American electric car startup which expects to have its own EVs – initially a pickup truck and a three-row SUV – on the market in 2021.