Detroit-based automaker Bollinger is introducing plans to build and sell its all-electric B2 Chassis Cab (B2CC) truck platform for commercial applications. According to Bollinger, the B2CC is available in a full cab and cutaway-cab variant. The platform is flexible enough to accommodate various wheelbase lengths and is built on top of Bollinger’s E-Chassis four-wheel-drive platform.

“Commercial fleets will be able to reduce their overall cost of operation while buying a truck designed, engineered, and built in the USA,” said Robert Bollinger, CEO of Bollinger Motors. “The Bollinger B2 Chassis Cab’s unique features – including the 5,000-lb. payload and large energy source to power tools – make it perfect for businesses, small and large.” 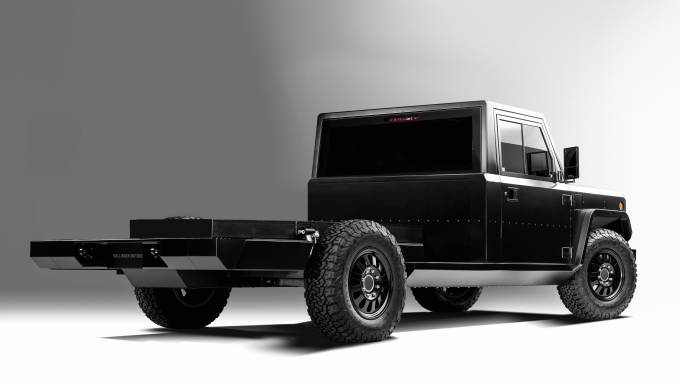 Bollinger is best known for its all-electric B1 SUV and B2 pickup truck. The company claims the B1 and B2 are the world’s first all-electric off-road and on-road trucks, and both vehicles are making no pretensions of its rugged DNA. The B1 SUV and B2 truck are riding on the same E-Chassis architecture of which Bollinger boasts is the world’s first and only Class 3 electric platform. 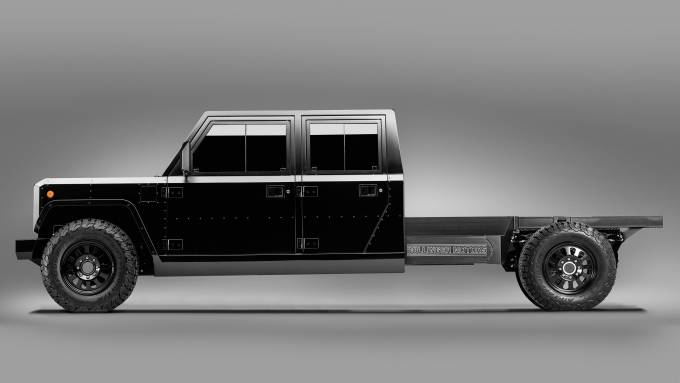 As expected, the B2 Chassis Cab has similar features to its base E-Chassis donor. Besides having the option of a two-door or four-door cab configuration, the B2CC can be equipped with up to a 120 kWh battery pack, dual electric motors, and an effective all-wheel drivetrain for genuine off-road capabilities. 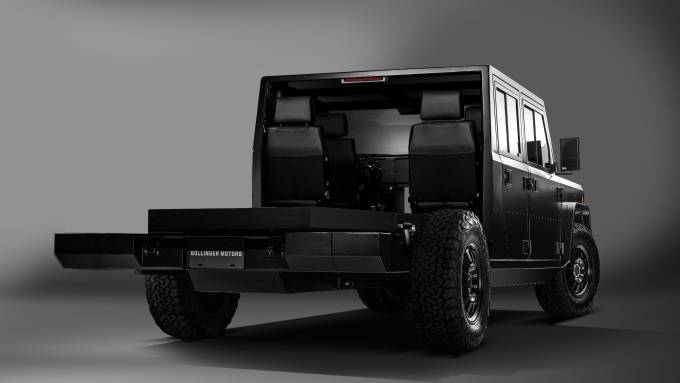 In the Bollinger B1 SUV and B2 pickup truck, those two electric motors are good for a combined output of 614 horsepower and 668 pound-feet of torque. And even though the B1 weighs around 10,000 lbs., it can still accelerate like a frightened cat. How about 0 to 60 mph in 4.5-seconds? However, the top speed is limited to 100 mph. 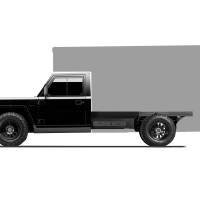 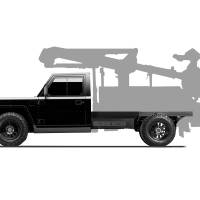 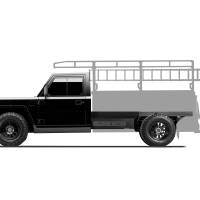 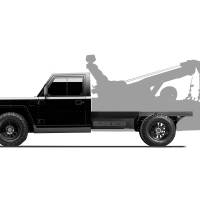 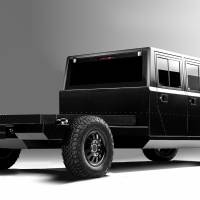 Production of the B1 SUV and B2 electric pickup truck is slated to commence at Bollinger’s plant in Ferndale, Michigan by mid-2020, although slight manufacturing delays are expected due to the COVID-19 pandemic. Meanwhile, the B2 Chassis Cab will be available to commercial outfitters in late 2021.

Pricing for the Bollinger B2 Chassis Cab will be announced at a later date. On the other hand, the B1 SUV and B2 truck is expected to start around $125,000.