Back to the Future delivers in 2015 with Nike, VR, Tony Hawk, and Pepsi

Easily one of the most iconic sets of scenes in a film about the future appears in the epic comedy Back to the Future II. In this film we travel forward to the year 2015 to the day November 5th. In the year 2011, Nike blasted everyone’s faces off with the first release of the Nike MAG – that’s the pair of shoes that appear in BTTF2 – without the Power Laces. Fast-forward to February of 2014 and the designer of the MAG shoes confirmed power laces for 2015. These are just one of a set of products inspired by BTTF2 and prepped for release this year, the year they’re supposed to have been on the market.

It’s been suggested by the designer Tinker Hatfield, the original designer behind Nike’s limited edition recreation of the movie prop, that the next release of the MAG will present a more general market availability. The first wave was auctioned off and raised around $6 million USD for the Michael J. Fox Foundations for Parkinson’s Research.

To be especially clear – NIKE has not given any other indication other than the mention this past February that another edition of the MAG would be released. We’ll just have to wait and see.

In March of 2014, Funny or Die created a viral video for “HUVR”, the real-life Hoverboard. This video looked relatively real and fooled quite a few people.

Tony Hawk appeared in the prank above in early 2014. In late 2014, Hawk once again appeared riding a hoverboard. This hoverboard is called Hendo Hover – and like the original hoverboard, it does not work on water.

In BTTF2 see a young Elijah Wood and friend speaking about how a game in which you have to use your hands is “like a baby’s toy.” The example of a retro game played “with hands” is Wild Gunman, a game in which you use a plastic gun to shoot bad guys on the screen.

As it turns out, we’re still using our hands to play games for the most part, but Virtual Reality headsets and sensors like Kinect are paving the way to the future.

Marty McFly JR also wears a virtual reality headset while the family eats dinner in Back to the Future II – while the pizza hydrates. 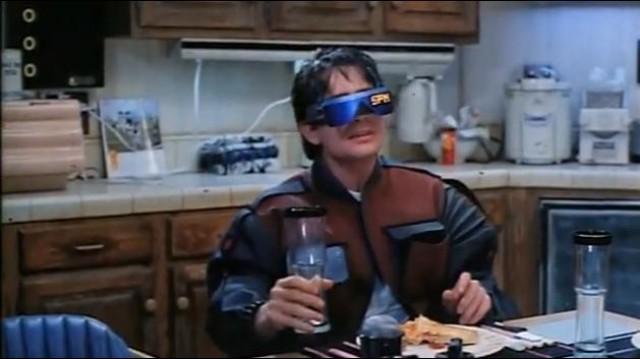 The video you see here comes from StephOMacRules and was constructed with the software 3dsmax and render Vray back in 2009.

We’re VERY MUCH hoping this creator comes back to make a Google Cardboard and/or Oculus Rift-friendly build in the near future.

The Back to the Future series had a notoriously visible product placement deal set with Pepsi through its three-film run. In the first movie you’ll find a mention of Pepsi Free, Diet Pepsi Free on a table, Diet Pepsi at dinner, and Marty grabbing an original Pepsi from a machine. 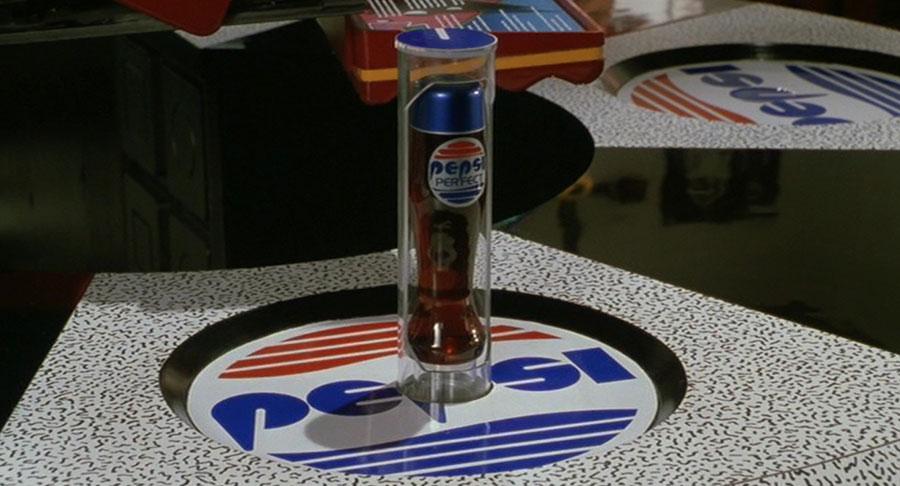 In Back to the Future II, you’ll find Mandarin Orange Slice, an antique bottle of Pepsi-Cola, and Pepsi Perfect.

If Pepsi Max can make it happen, why not Pepsi Perfect? Pepsi Free existed in our universe in the early to mid-1980’s until it was re-named Caffeine Free Pepsi in the late 80’s.

Could we see Pepsi Throwback – otherwise known as Pepsi-Cold Made With Real Sugar” turn into Pepsi Perfect in the future? The finger-crossing shall commence. 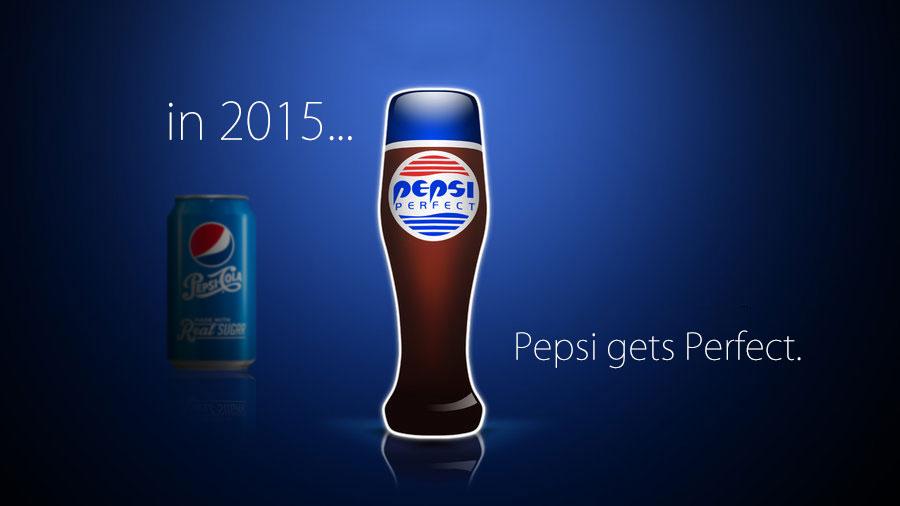 The image you see above is a modified version of an illustration by R W Shilling. We’re hoping for the real deal soon.