The Aston Martin Valkyrie is the purest expression of F1 technology in a street-legal road car. It also has a bespoke 6.5-liter naturally-aspirated Cosworth V12 producing 1,000 horsepower. It has no turbochargers, superchargers, or any type of forced-induction system. This Cosworth V12 is perhaps the last of the breed, which in turn makes the Aston Martin Valkyrie doubly special.

But how did Cosworth manage to squeeze out so much horses from a naturally-aspirated V12? Cosworth engineers worked their magic by allowing the large-displacement motor to churn at mind-bending speeds. The engine can rev to 11,100 rpm while producing peak power at 10,500 rpm. And don’t forget, the Aston Martin Valkyrie is a hybrid, so it also has a battery-electric KERS-like powertrain courtesy of Croatian-based automaker Rimac. 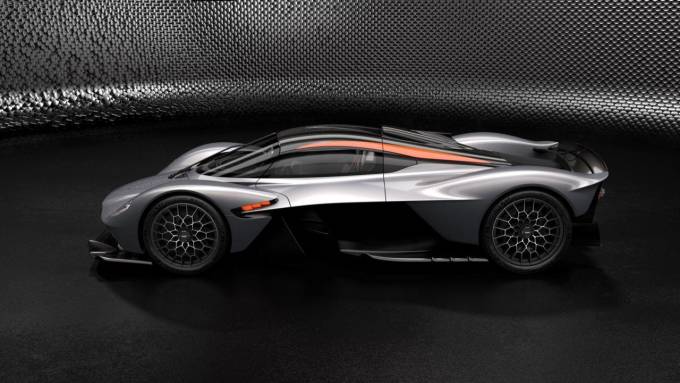 Developing 150 horsepower per liter of displacement, the Valkyrie’s Cosworth V12 is a triumph in modern engineering. And since the engine is designed to reinforce the Valkyrie’s chassis, Cosworth managed to create a robust and high-spinning powerplant that only weighs 450 pounds – highly impressive given we’re talking about a 6.5-liter V12. The motor is equipped with gear-driven camshafts (instead of the usual timing belts or chains) and port injection along with four catalytic converters. 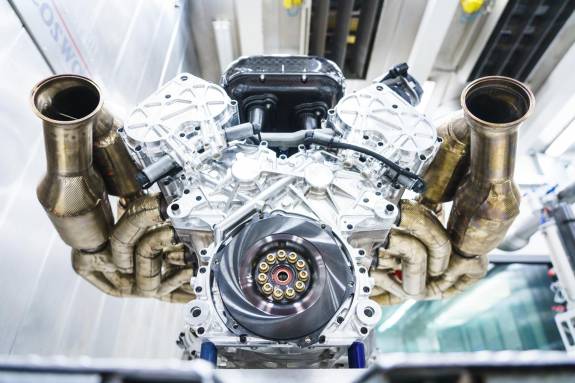 What’s more impressive is the service interval. According to Aston Martin, the Valkyrie is engineered to last 60,000 miles before necessitating maintenance and servicing, which is unheard of in a racing engine.

However, it’s hard not to mention the inevitable. Aston Martin is veering away from the V12, and recent news have revealed that Aston is replacing the twin-turbocharged AMG-sourced 4.0-liter V8 from the DB11, Vantage, and DBX SUV with a newly-developed hybrid V6. Apparently, the electrified V6 is making its debut in the Aston Martin Valhalla. 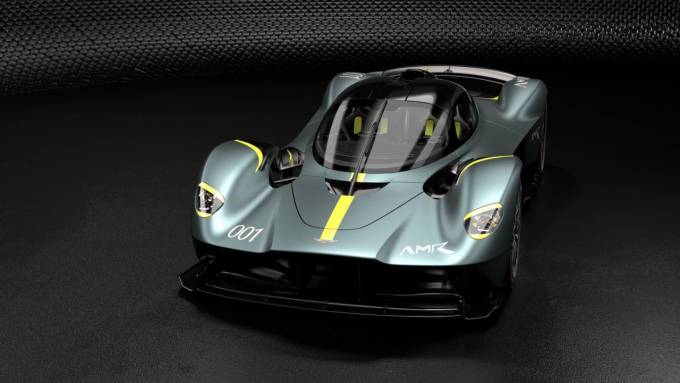 This engine – lovingly referred to as the TM01 and developed in collaboration with Red Bull Racing – produces roughly 1,000 horsepower in its highest form and is the first engine designed and engineered in-house by Aston Martin since 1968. And as previously mentioned, this new hybrid V6 will debut in the Aston Valhalla sometime in 2022. 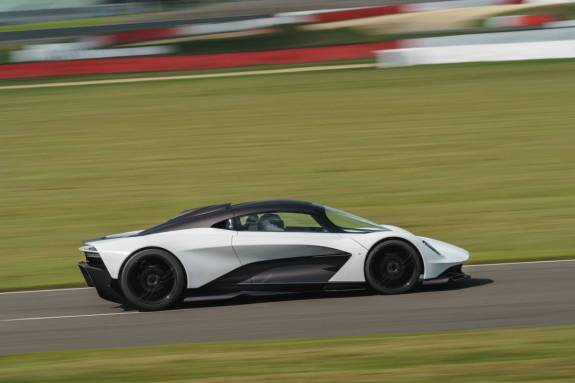 But the Aston Martin Valkyrie is probably not the last hypercar to have a standard V12. Cosworth is also working on a naturally-aspirated V12 for Gordon Murray’s T50 supercar. Unlike in the Valkyrie, the T50’s V12 is a smaller 3.9-liter unit that spins up to 12,200 rpm. 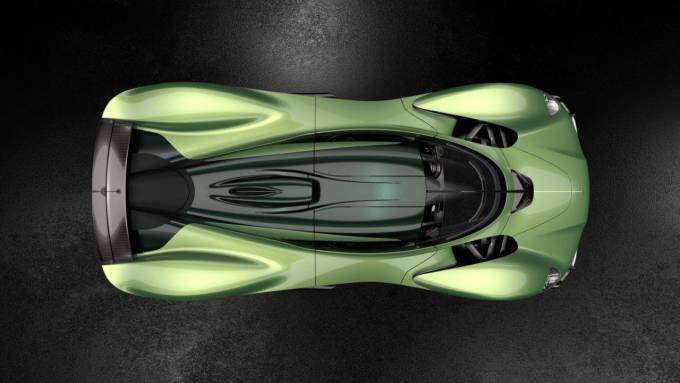 Aston Martin is only making 150 units of the Valkyrie with base prices starting at $3.2-million.  Aston is also making 25 units of the track-focused Valkyrie AMR Pro. Both vehicles are expected to arrive by late 2020 or early 2021.